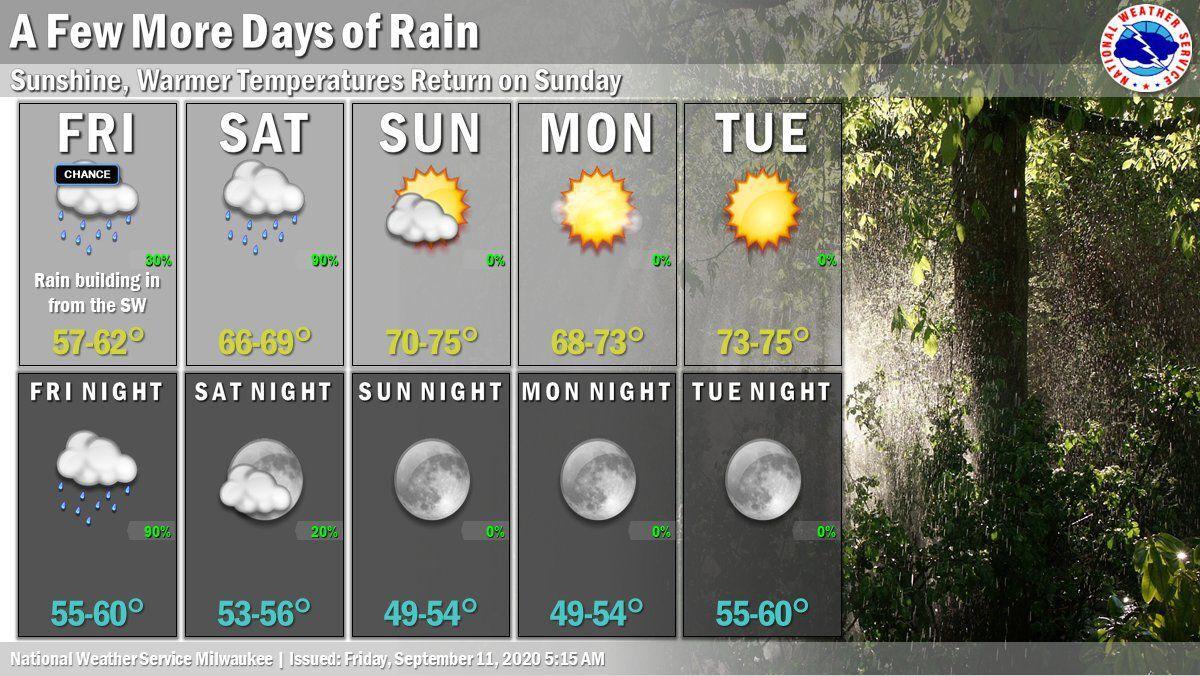 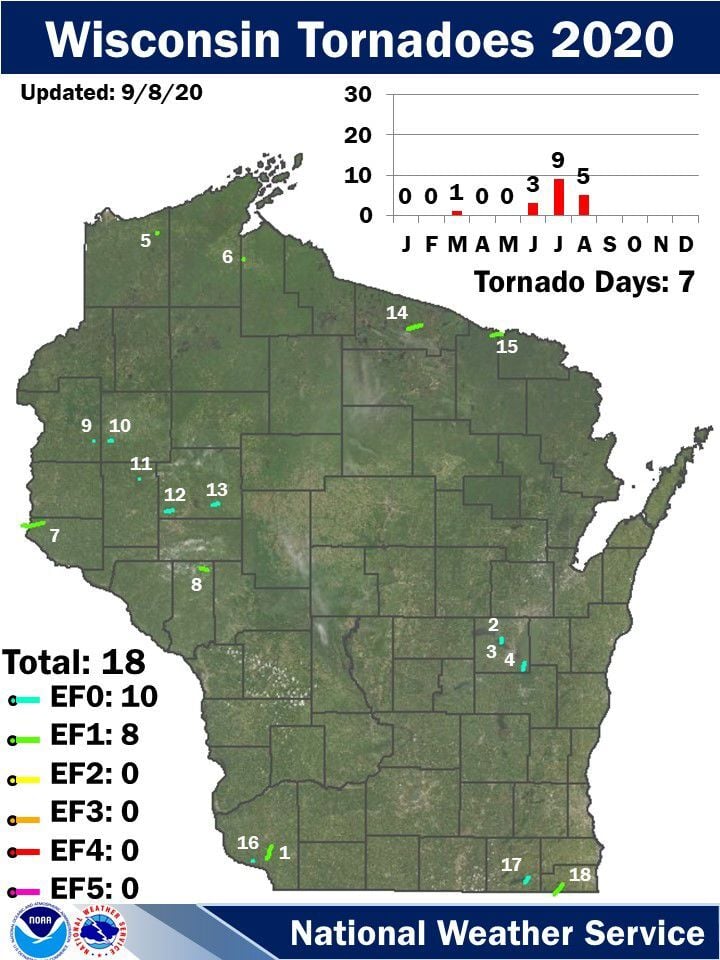 Southern Wisconsin’s stretch of record-setting cold weather is on the way out, as days of rain and chilly highs in the 50s will give way to highs reaching 60 Friday and in the 70s by Sunday, when sunshine finally returns, according to forecasters.

In Madison on Friday, there’s a 60% chance for showers, mainly after 4 p.m., with possible rain totals of less than a tenth of an inch, cloudy skies, a high near 60 and east winds at 5 to 10 miles per hour, the National Weather Service said.

A quarter- to half-inch of rain is possible overnight as the low falls to around 56, and again Saturday, when the high is expected to be near 68, with southeast winds around 10 mph turning out of the southwest in the afternoon.

The last rain chance in the forecast is 20% overnight Saturday night Sunday as the low falls to around 55.

The Weather Service said skies over Madison should be mostly sunny Sunday, sunny Monday and Tuesday, and mostly sunny Wednesday and Thursday, with highs near 73, 72, 75, 78 and 73, and lows Sunday night through Wednesday night around 51, 52, 58 and 56.

Ask the Weather Guys: How accurate were forecasts of Hurricane Laura?

The remarkably low death toll is almost surely a result of the extremely accurate forecast for this storm’s location and time of arrival.

Ask the Weather Guys: Does the ozone hole occur over both poles?

An Arctic ozone hole is rare, but one did develop this spring.

Municipal clerks have so far reported that as many as 378,482 ballots may have already been sent.

Dane County Executive Joe Parisi pleaded on Thursday for help from the university and asked students to be more forthcoming when contact tracers call.

Third Space is one of the few breweries from which I immediately buy every new release. Its series of hoppy beers, in particular, has rolled out banger after banger.

Jason Wilde offers three keys for the Green Bay Packers when they open the regular season Sunday against the Minnesota Vikings at U.S. Bank St…