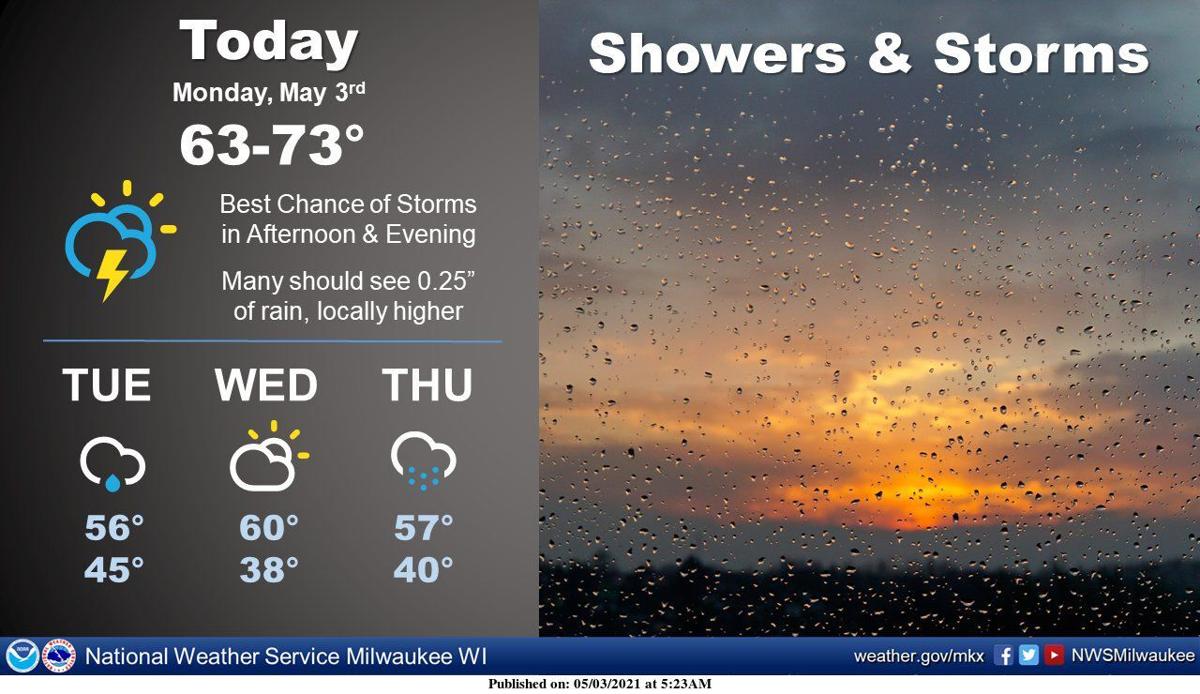 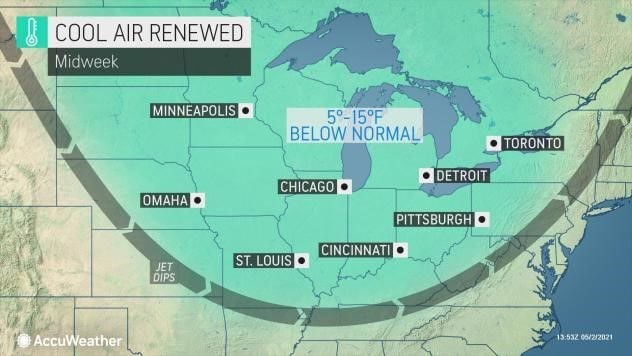 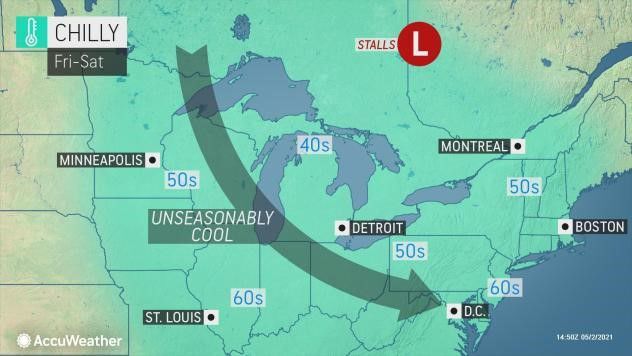 Severe weather is not expected, but much-needed locally heavy rain is possible as showers and thunderstorms finally reach southern Wisconsin later on Monday, according to forecasters.

Showers and storms dumped 1 to 3 inches of rain to the north as close as a line from Prairie du Chien to Wisconsin Dells to Sheboygan on Sunday into early Monday, the National weather Service said.

After a summer-like weekend, a cooldown is expected across portions of the Midwest and Northeast this week that will make it feel more like early April instead of early May, AccuWeather said.

"Many locations could see temperatures drop below 32 degrees during the overnight hours on Tuesday, posing the risk for a frost, especially in normally colder spots," AccuWeather Meteorologist Alyssa Smithmyer said.

In Madison on Monday, there’s an 80% chance for showers and storms, mainly after 3 p.m., with possible rain totals of a quarter- to half-inch, a high near 71 and south winds around 10 miles per hour, the Weather Service said.

The chance for showers and storms continues at 80% overnight, with possible rain totals of a quarter- to half-inch again, as the low falls to around 45.

Tuesday should be mostly cloudy, with a high near 57 and northwest winds around 15 mph.

After a low overnight Tuesday into Wednesday around 38, Wednesday’s forecast features sunny skies, a high near 60 and north winds around 10 mph.

Skies over Madison should be partly sunny Thursday, mostly sunny Friday, and partly sunny Saturday and Sunday, with highs near 58, 59, 60 and 61, and lows Wednesday night through Saturday night around 42, 39, 40 and 44.

Madison has had no snow in May.

From the archives: Deadly tornado leveled Barneveld in 1984

Michael Perry: We're about to send people to Mars, but still lock ourselves out of cars

Last week I received a mysterious call from a friend.

The school celebrates the passage of seasons through art, music and story to strengthen a connection to the rhythms of nature.

‘They might kill you, but they won’t eat you’: Brian Gutekunst could use Ted Thompson’s advice amid Aaron Rodgers saga

Similar to Ted Thompson, the man he succeeded, Packers GM Brian Gutekunst finds himself embroiled in a nasty public feud with his quarterback.

State health insurance pool for schools could save money, has bipartisan interest

Oneida Chairman Tehassi Hill told WLUK-TV on Sunday that he feels security is tight in the casino but that the tribe may have to consider tougher protocols for the complex depending on investigators’ findings.

At the 100-day marker, polls show most Americans give the new president positive marks for his early performance.

Gloria Van Dixhorn, co-founder of the Marquette-Atwood Neighborhood Art Walk, shares some of the new COVID-19 safety protocol in place for this year's event. 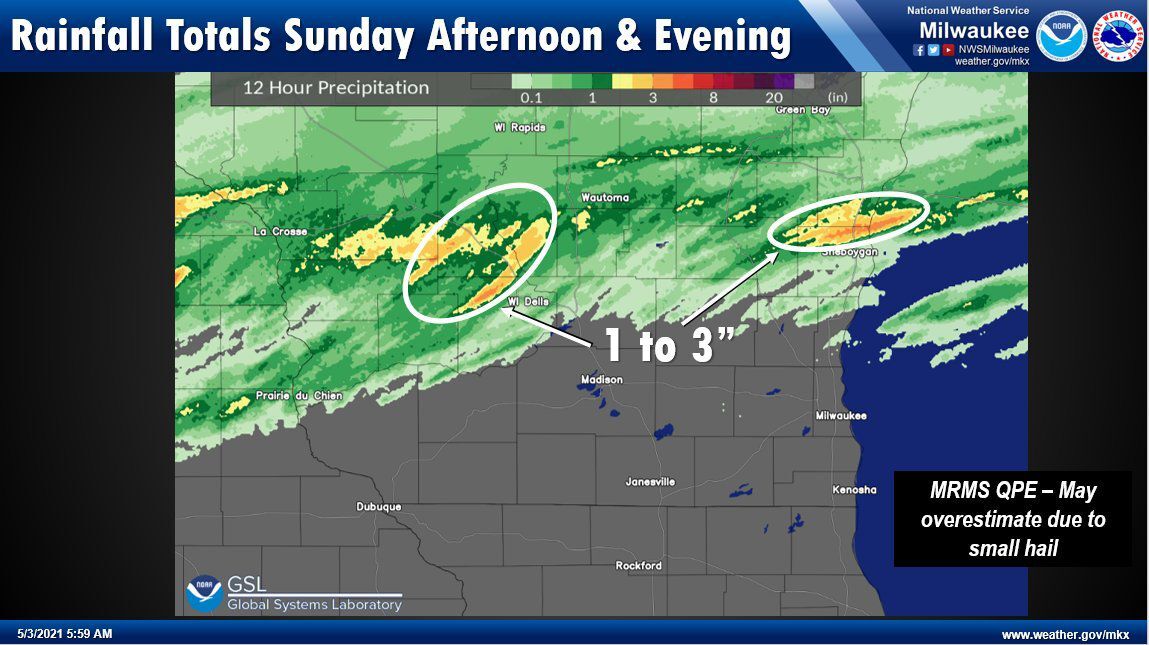