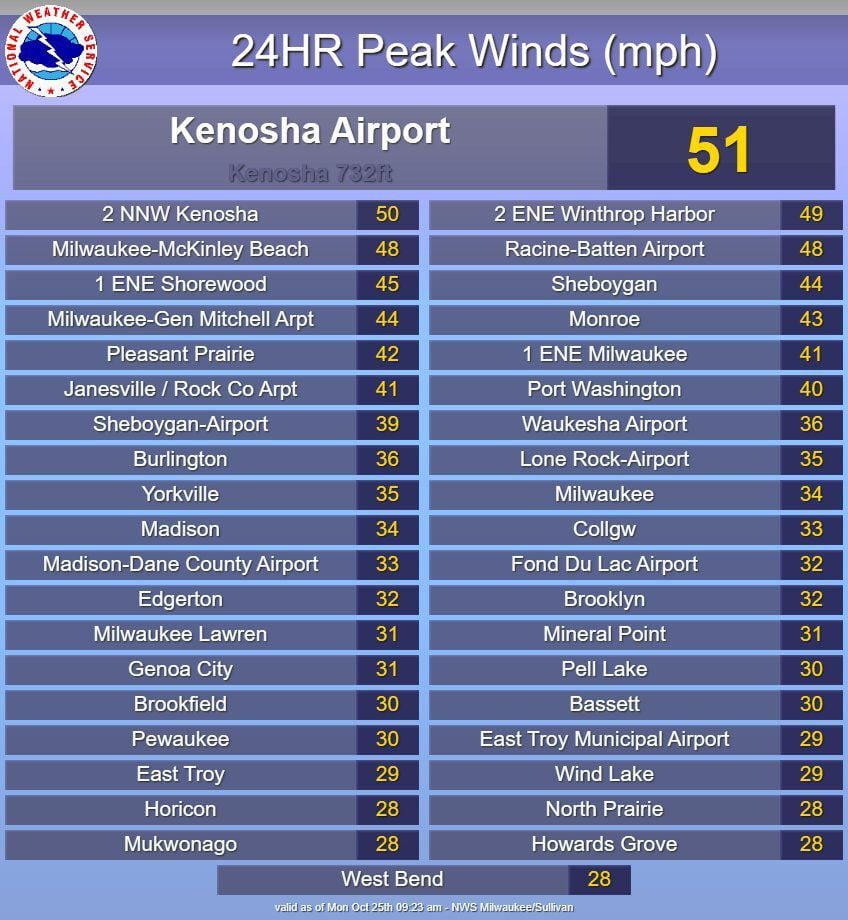 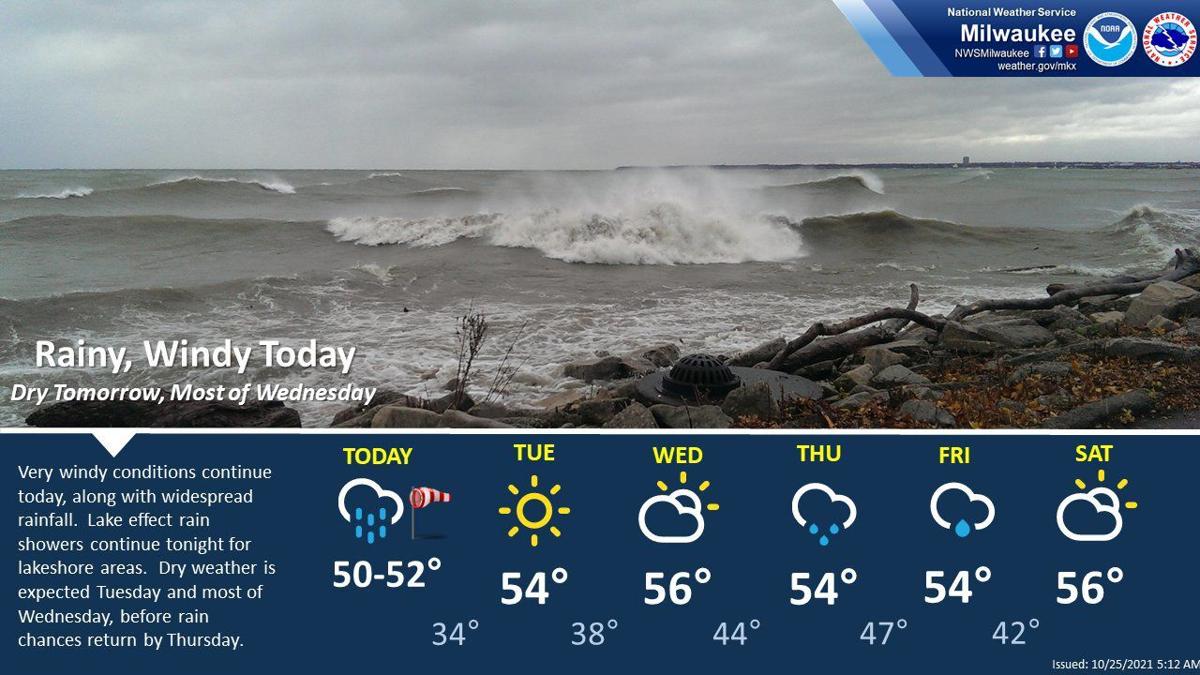 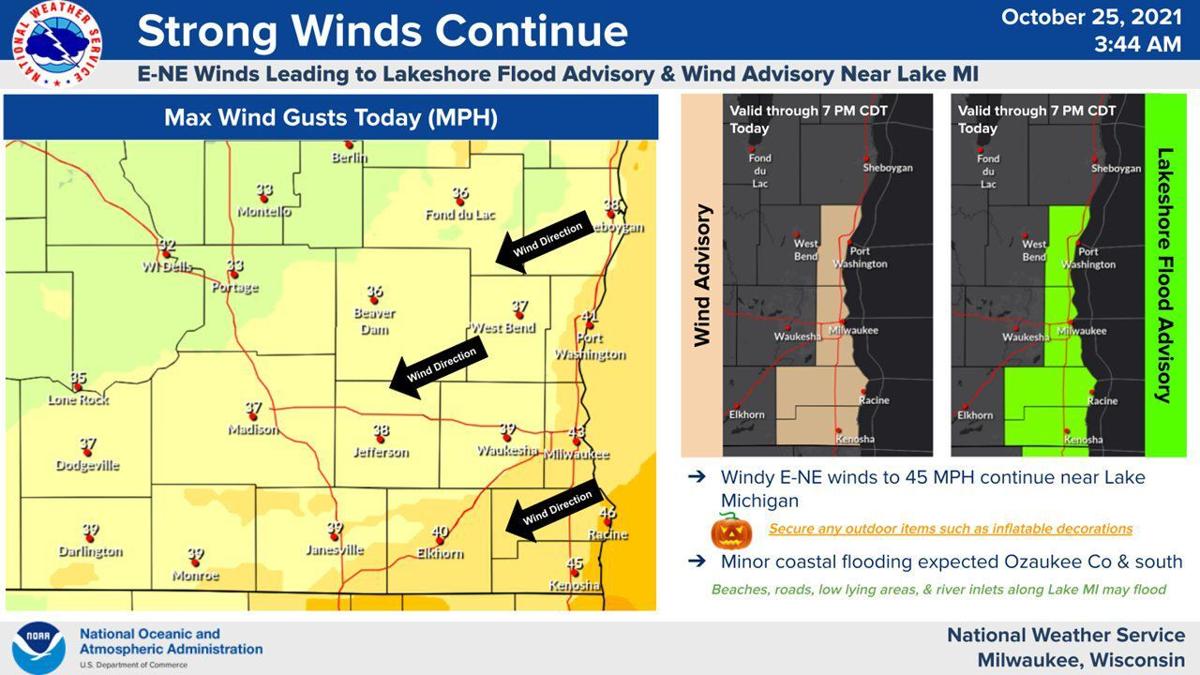 While the West Coast is getting hammered by a "bomb cyclone," severe storms pummel the middle of the country, and potentially two nor'easters could form, this week is shaping up as one to remember.

Southern Wisconsin, in contrast, will continue to see highs in the normal range in the 50s with some chances for more rain this week, according to forecasters.

There is a lakeshore flood advisory and wind advisory for strong east to northeast winds for Ozaukee, Milwaukee, Racine and Kenosha counties along Lake Michigan.

In Madison on Monday, after showers moved out look for mostly cloudy skies, a high near 50 and north winds at 15 to 20 miles per hour, gusting as high as 30 mph, the National Weather Service said.

After an overnight low around 34, Tuesday should be mostly sunny, with a high near 53 and northeast winds around 5 mph.

After a low overnight Tuesday into Wednesday around 39, Wednesday’s forecast features a 20% chance for showers after 1 p.m., mostly cloudy skies, a high near 56 and southeast winds at 10 to 15 mph.

The rain Sunday into Monday and the forecast rain later this week could bring October’s total to normal or above, though the yearly deficit remains huge at 12.2 inches below normal after Sunday.

Skies over Madison should be cloudy Thursday, mostly cloudy Friday, partly sunny Saturday, and mostly sunny Sunday, with highs near 54, 54, 55 and 54, and lows Wednesday night through Saturday night around 46, 47, 42 and 39.

Photos: Epic storms that have hit the Madison area

A hearing was also set for Dec. 23 on Attorney General Josh Kaul's request to block subpoenas issued as part of another investigation.

With win over Washington, Packers ‘feel good’ about where they’re at — but know challenges loom

Ask the Weather Guys: What is an atmospheric river?

Atmospheric rivers are organized flows of deep, moist air from the subtropics and tropics that bring many California locations much of their annual precipitation.