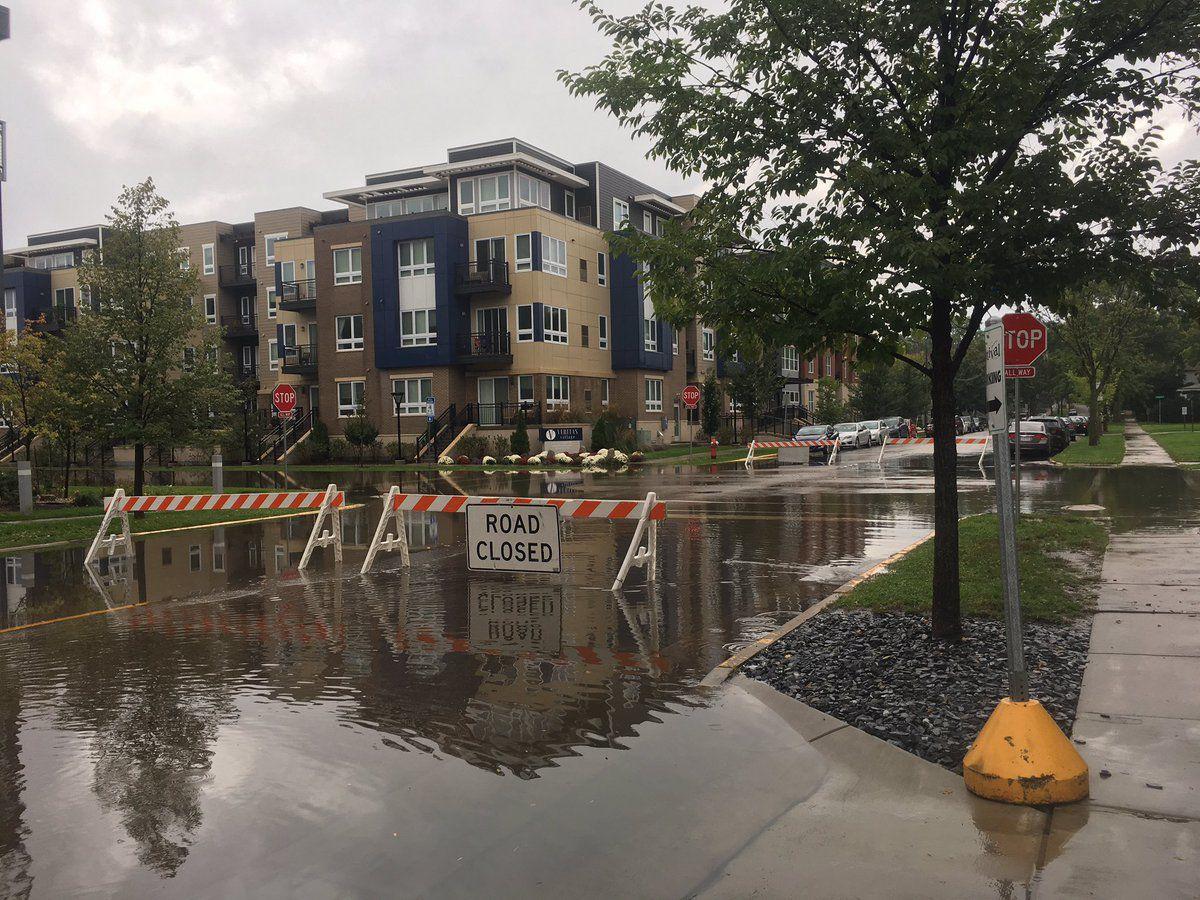 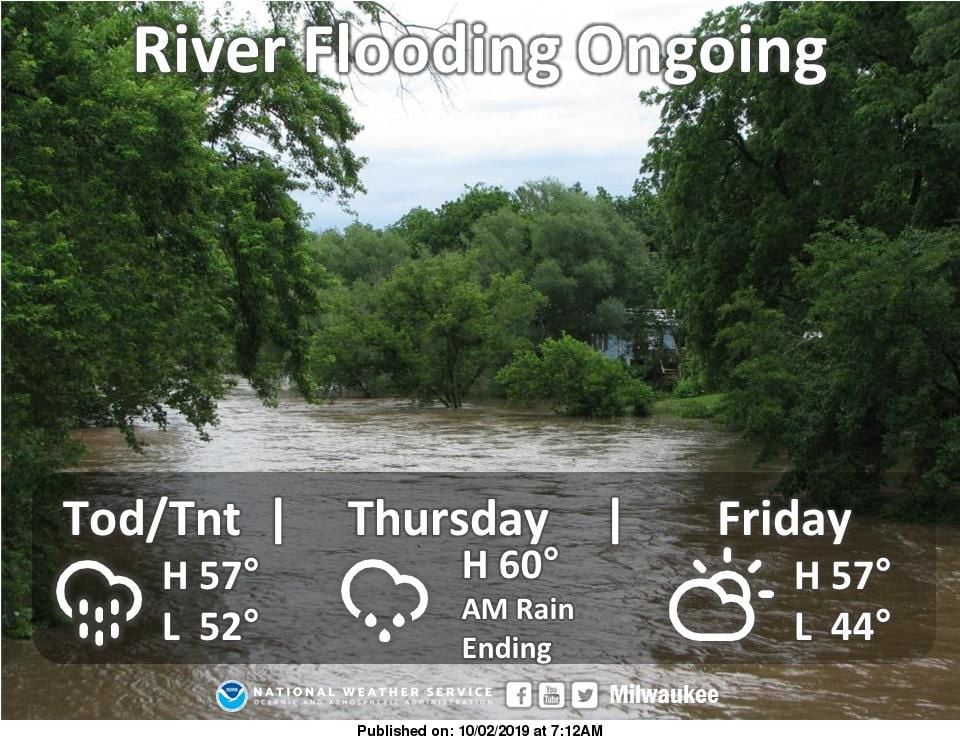 The heaviest rain is over as southern Wisconsin deals with flooding from rounds of storms Tuesday into early Wednesday that also caused damage in Belleville and in Jefferson and Waukesha counties that may have been due to tornadoes, the National Weather Service said.

“We have a team that just went out to do (damage) survey,” meteorologist Cameron Miller said Wednesday morning from the Weather Service office in Hartland. “We have some damage around our office.”

There also was damage reported around Fort Atkinson, Miller said.

Officially, a record 2.4 inches of precipitation was recorded at the Dane County Regional Airport on Tuesday, beating the old record of 2.15 inches for Oct. 1 set just last year.

Miller said another 0.78 inches fell in Madison after midnight through 6 a.m. Wednesday.

More rain is in the forecast for Wednesday, but “It looks like light rain for today and a little bit quieter through the rest of the week,” he said.

Metro Transit said detours were expected for its buses throughout Wednesday morning, with low-lying areas of the east isthmus seeing the worst problems. For details, call 608-266-4466 or go online here.

Officers estimated at least 20 cars stalled in a couple of feet of water starting around 9:15 p.m.

"I observed several vehicles disabled in traffic with large quantities of water inside the vehicles," one officer reported. "I assisted one driver who was sitting on top of his car because it was flooded. The water of the intersection was over my knees, and I stand at 5'11. I coordinated for other patrol to block traffic as vehicles were continually attempting to pass through the area and failing."

Other notable road closures due to flooding included Wisconsin 28 from Wisconsin 175 to Interstate 41 in Dodge County, Wisconsin 130 at County JJ in Richland County.

A slow-no-wake order was issued for the Rock River in Rock County.

The Weather Service said most area rivers will continue to rise through late week with some rivers experiencing minor to moderate flooding.

Officially, a flash flood watch remains in effect through 10 a.m. Wednesday for the area.

In Madison on Wednesday, there’s a 60% chances for showers, with another tenth to a quarter of an inch of rain possible. The high should be near 58 under cloudy skies, with northeast winds at 10 to 15 miles per hour.

Overnight, the chance for showers and storms is 70%, with another tenth to a quarter of an inch of rain possible, as the low falls to around 54.

The chance for showers and storms falls to 30% Thursday before 8 a.m., with mostly cloudy skies, a high near 60 and southwest winds at 5 to 15 miles per hour turning out of the northwest in the afternoon and gusting as high as 25 mph.

Madison’s record precipitation for Oct. 1 was 2.05 inches a year ago.

Here's video of the aftermath of the heavy rain at a flooded Nine Springs Golf Course in Fitchburg. Many areas in Dane County experienced floo…

Forecasters expect another 2 to 4 inches of rain could fall Tuesday and Wednesday, which could trigger flash flooding along creeks and small rivers as well as city streets.

A couple of days to dry out, before showers and storms return for flood-plagued southern Wisconsin

Another half to three-quarters of an inch of rain could fall on Saturday, according to forecasters.

Slow no-wake orders have been added for Lake Mendota and Lake Kegonsa, and rain damage has closed the Columbia County Shooting Range.

Forecasters predict a quarter- to half-inch of rain in Madison on Saturday, and the city warned that “Even sustained moderate rains in the east isthmus could cause flash flooding at the current lake and river levels.”

Powerful system to bring blizzard to northern Plains, storms and then cold to southern Wisconsin

Highs will be in the 40s and lows in the 30s over the weekend, with strong winds possibly prompting the season’s first use of the term “wind chill,” according to forecasters.