Southern Wisconsin’s hot and dry June will continue for the next week, with Friday night into Saturday the only chance for much-needed rain during the next week, according to forecasters.

The Dane County Regional Airport has recorded just 0.04 inches of rain in June, 1.69 inches below normal, and 2021 has seen just 7.22 inches of precipitation, less than half the normal 14.86 inches.

But the National Weather Service said isolated to scattered thunderstorms are possible Friday afternoon into the evening, and there’s a higher chance for storms from the evening into the overnight hours.

A few strong to severe storms are possible, with hail as large as quarters and winds up to 60 miles per hour, the Weather Service said.

A few storms also are possible on Saturday, mainly across southeast Wisconsin, but no severe weather is anticipated.

June’s heat wave will continue with highs around or above 90 for much of the next week.

The heat wave has been most intense to the west and north of southern Wisconsin, with La Crosse setting a record Thursday at 97, breaking the old mark of 96 for June 10 set in 2015, and Minneapolis at eight straight days of 90 or hotter and counting, AccuWeather said.

The heat stems from southerly flow that developed between an area of low pressure over the Rockies and a large area of high pressure in the southeastern U.S., according to the Minnesota State Climatology office, AccuWeather said.

In Madison, chances for showers and storms are 30% Friday, mainly after 4 p.m., 40% overnight, and 30% Saturday, mainly before 1 p.m., the Weather Service said.

Skies should be mostly sunny on Friday and mostly cloudy gradually becoming sunny on Saturday, with highs near 93 and 85, sandwiching an overnight low around 70. Look for calm wind Friday7 and west winds at 5 to 10 mph Saturday.

The Weather Service lists no chances for precipitation Saturday through Thursday.

"My hope is that whoever is chosen will be given a chance to prove why they were chosen, without too much static," executive producer Mike Richards said.

Projections that the state will take in more than $4.4 billion in additional tax collections by July 2023 provide a “once-in-a-generation” opp…

Alcohol and speed are believed to be factors in a crash early Friday morning in Janesville that left the driver with life-threatening injuries, police said.

Tourists in Russia hide from heatwave at glacier valley

Tourists in Russia hide from heatwave at glacier valley 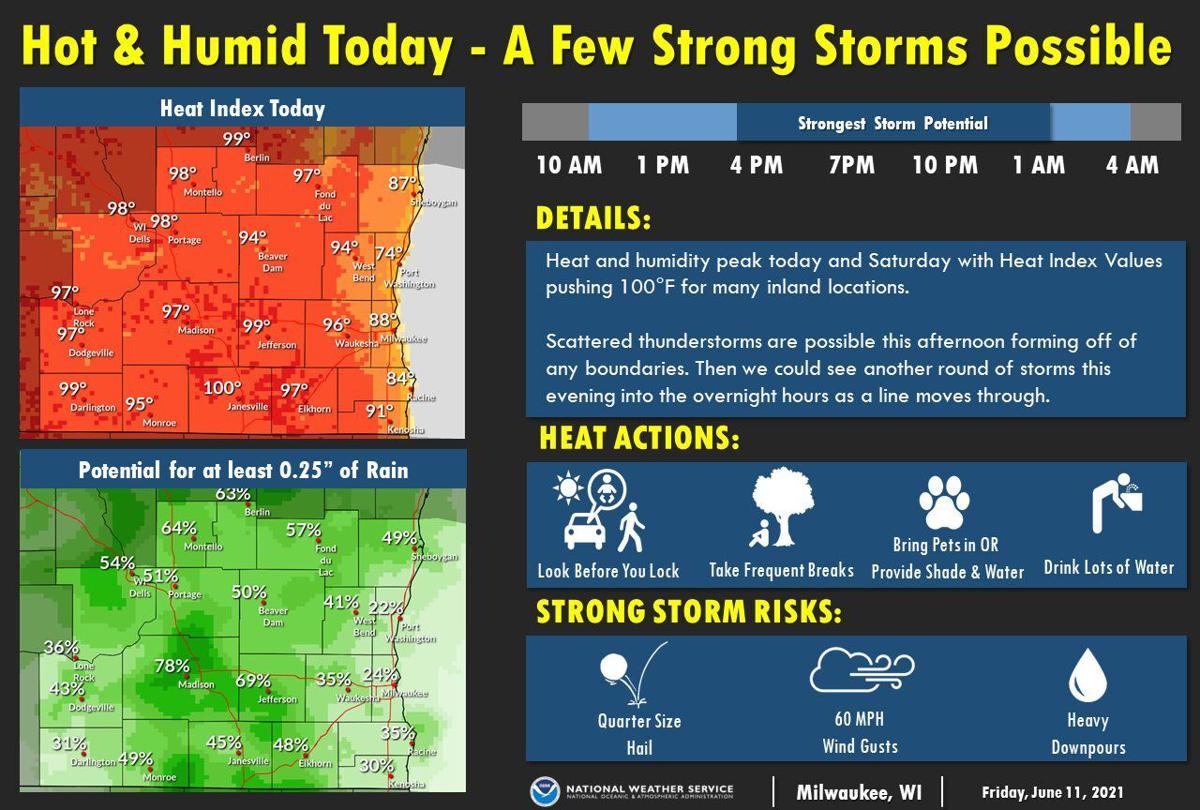 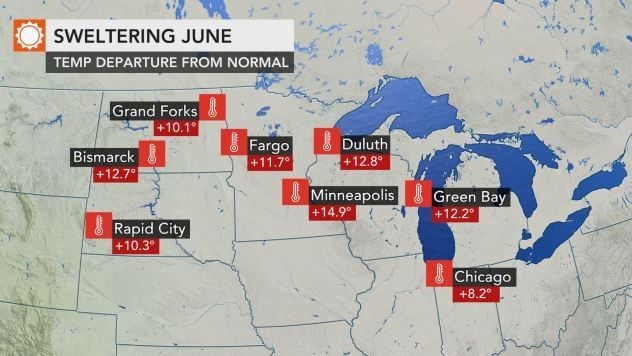 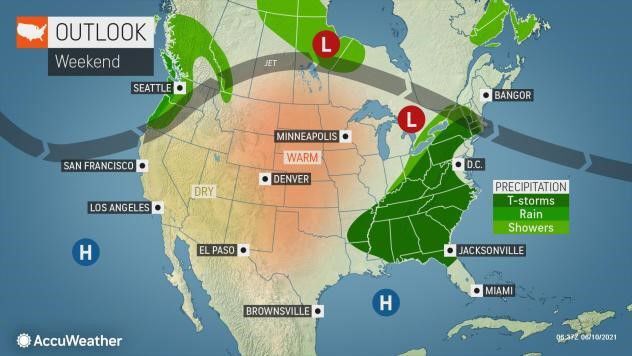