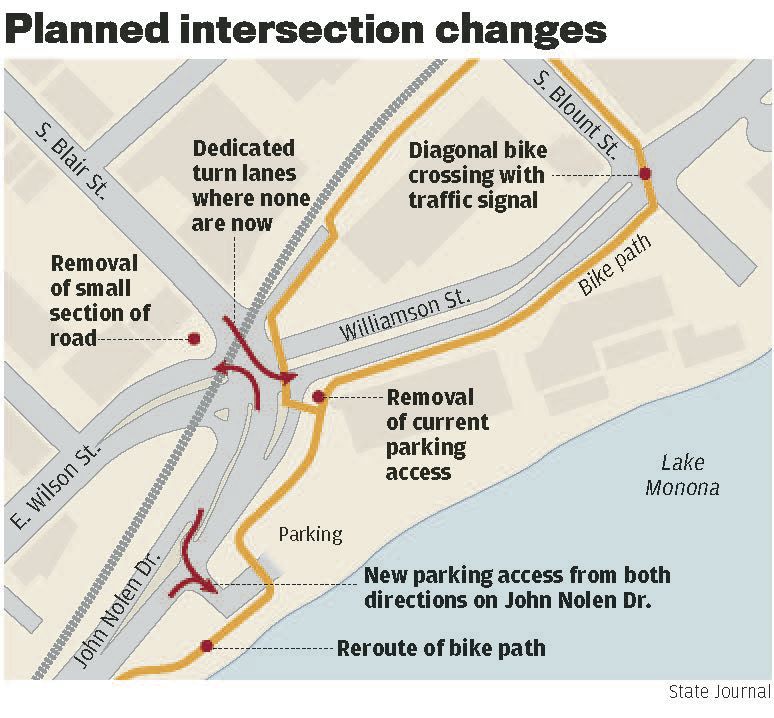 Work begins April 1 on the "hairball" street project in Downtown Madison, with the first phase of the project being the rebuild of Williamson, East Wilson and South Blount Streets in the project zone. 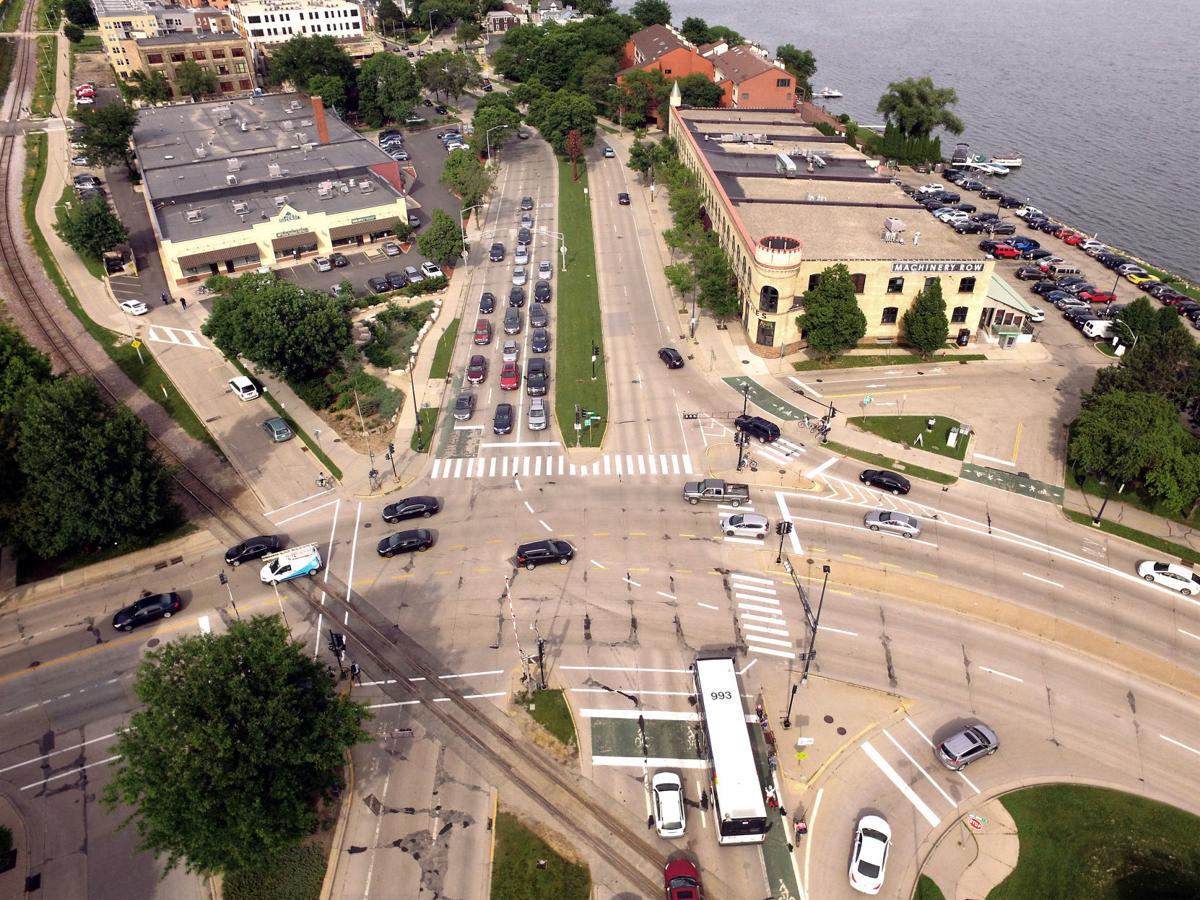 The intersection of Williamson, South Blair and East Wilson streets and John Nolen Drive is in line for $3.74 million in upgrades.

The “hairball” intersection in Downtown Madison should be a little less hairy to navigate later this year.

City engineering officials announced construction on the project at the confluence of Williamson, East Wilson and South Blount streets will begin April 1, with some utility work already starting on Monday. Construction is expected to be completed by Aug. 8.

The work includes replacement of curb, pavement, sanitary sewers and storm sewers, better bicycle facility improvements and replacement of the railroad crossing cutting through the intersection.

South Blount Street will be the most affected by construction, with only local traffic allowed to use the street for about a month of the more than four-month project.

Only one lane of traffic will be maintained in each direction on East Wilson and Williamson streets, which will cause traffic delays during peak traffic periods.

Work is also planned along the bike path, which could result in closures and detours intermittently during the street construction period.

The railroad crossing work is scheduled for June 19 to 23, which will have a significant impact on traffic, since the track runs alongside John Nolen Drive and crosses East Wilson and South Blair streets.

The second part of the rebuild of the “hairball,” the work on Blair Street and John Nolen Drive, won’t come until 2021 or 2022, since the state Department of Transportation is thinking of additional work to be done on Blair Street.

Those improvements include left turn lanes on Blair Street and John Nolen Drive, relocated driveways at Machinery Row, and relocating the bike path around and through new driveway and parking lot layouts, the Engineering Division said.

A 19-year-old Madison man was robbed at gunpoint in his apartment Friday morning, and was pepper sprayed during the robbery.

McGrath Property Group is moving to buy three buildings in the center of the 500 block of East Wilson Street, the parking lot behind them and four duplexes for a housing and commercial redevelopment.

In the home stretch: Highway M Verona to Madison work should be complete by Nov. 1

Commuters dealing with the massive rebuild of Highway M on the Far West Side should have a much better ride come November.

Work begins April 1 on the "hairball" street project in Downtown Madison, with the first phase of the project being the rebuild of Williamson, East Wilson and South Blount Streets in the project zone.

The intersection of Williamson, South Blair and East Wilson streets and John Nolen Drive is in line for $3.74 million in upgrades.