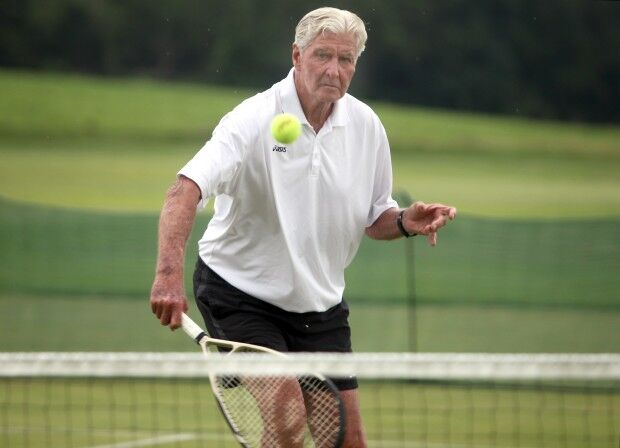 At the time of his death, Powless was No. 3 in the International Tennis Federation’s 85-and-older rankings. He had been ranked No. 1 as recently as 2018. 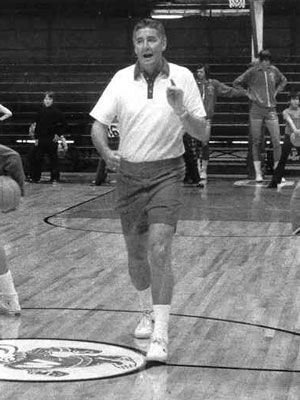 John Powless was the UW men's basketball head coach from 1968-76.

John Powless played a lot of tennis over the years and was itching to get back on the court one more time.

But Powless died at his home Thursday morning after a long illness. The former University of Wisconsin men’s basketball and tennis coach, who built a competitive career playing the latter sport at the international level after his coaching career had ended, was 88.

At the end of a visit from Stephen Bernsten on Wednesday night, Powless pulled aside the retired plastic surgeon and asked a medical question.

A blood clot had reached Powless’ lung about two weeks ago, causing shortness of breath. Powless knew his time was running out, but he was holding out hope he could get back to his favorite activity at some point.

“Do you really think that maybe in another couple weeks that clot will clear,” Powless asked his close friend, “so I can get out and hit tennis balls again?”

It was tough to bet against Powless. He’d been diagnosed with colon cancer about five years ago yet continued traveling overseas to play in tournaments while going through chemotherapy.

At the time of his death, Powless was No. 3 in the International Tennis Federation’s 85-and-older rankings. He had been ranked No. 1 as recently as 2018 and also had attained No. 1 rankings in the 75-and-older and 80-and-older categories earlier in his career, overcoming knee replacements and surgeries on both shoulders along the way.

Powless, an Illinois native who was a basketball standout and All-American in tennis at Murray State, was a 2000 inductee to the United States Tennis Hall of Fame. He also was an honorary member of 22 national tennis associations.

When Powless traveled to tournaments, he often brought along his buddies. They’d walk in the door and have instant credibility because they were with Powless.

“We’d go in there and everybody knows him,” said Tom Donovan, a longtime physician in Madison who retired about two decades ago and was one of Powless’ tennis partners. “It was unbelievable.”

As good as he was as a tennis player, Powless was even better as a storyteller. Cap Times editor and publisher Paul Fanlund said his friend had a “bigger-than-life personality.”

After a day of tennis at the John Powless Tennis Center, the facility he owned on Madison’s West Side, Powless would hold court. He’d keep his friends on the edge of their seats with tales about sports legends he’d become close with over the years, including the likes of Arthur Ashe, Wilt Chamberlain, Althea Gibson, Bob Knight and Oscar Robertson.

“He had so much knowledge that you’d just sit there after tennis and soak it in,” Donovan said. “I’d often sit and listen to stories for an hour and I’d be like, ‘John, I’ve got to go. But I’m having so much fun, I hate to leave.’”

Bernsten said Powless was an even better person than he was an athlete.

“When you were with him, he always made you feel good,” Bernsten said. “People would come in (to the tennis center) and he’d know everyone’s name and what was going on with them. He made everyone feel comfortable.”

Powless was the UW men’s tennis coach from 1964 to 1968 while also serving as an assistant men’s basketball coach under John Erickson during that stretch. When Erickson left to become the first general manager for the Milwaukee Bucks, Powless took over the program and went 88-108 in eight seasons coaching the Badgers from 1968 to 1976.

Kerry Hughes remembers Powless holding intense practices and showing his competitiveness off the court as well. Hughes and his twin brother Kim were invited to play a doubles match against Powless and his wife at the time, Sheree.

“John said, ‘I’m pretty good but I’ll play you opposite-handed,’” Kerry Hughes said. “They absolutely drilled us. I learned pretty quick how good he was in tennis.”

Mark Newburg played only one season under Powless, but that was enough to develop a close bond. More than four decades later, they’d exchange text messages on their birthdays and Newburg always was struck that Powless remembered the name of his former player’s wife.

“He’d do anything for you,” Newburg said. “Whenever he saw you, he always had a smile on his face. People are going to miss him because he was such an outgoing, personable guy.

“You kind of thought he would live forever. But he lived a good life.”

Lamont Weaver, who played for the Badgers from 1971 to 1974 and later served as an assistant coach on Powless’ staff for two seasons, will remember Powless for how much he cared.

“He was kind of like another dad to me,” Weaver said. “He was always available for me whenever I needed to call him, even after leaving the Badgers.”

Added Kerry Hughes: “He helped you become a better man.”

Powless was an avid fan of the program he once led, often taking his grandchildren to games while using Fanlund’s season tickets. Earlier this week, according to Donovan, Powless was leading a discussion centered around the incoming transfers and 2021 recruits entering Greg Gard’s program.

Fanlund said Powless always had a way of seeing the bright side of things. There were days when they’d play tennis and Fanlund would struggle, his frustrations getting the best of him.

“Hey, at least we’re out here on this beautiful day playing tennis,” Powless would say. “What could be better than that?”

Chambliss, who played for the Badgers during the 2004-05 season, returns to UW after spending the past five seasons as an assistant at Wright State.

I was one of John Powless’ first signed basketball recruits at Wisconsin and very proud of it. Yes, all of us who played for John or knew him …

The Wisconsin native has been covering sports in the state for over two decades and spent the past 10 seasons on the UW men's basketball beat.

An isolated strong to severe thunderstorm could hit north and northwest of Madison Friday afternoon and evening, according to forecasters.

At the time of his death, Powless was No. 3 in the International Tennis Federation’s 85-and-older rankings. He had been ranked No. 1 as recently as 2018.

John Powless was the UW men's basketball head coach from 1968-76. 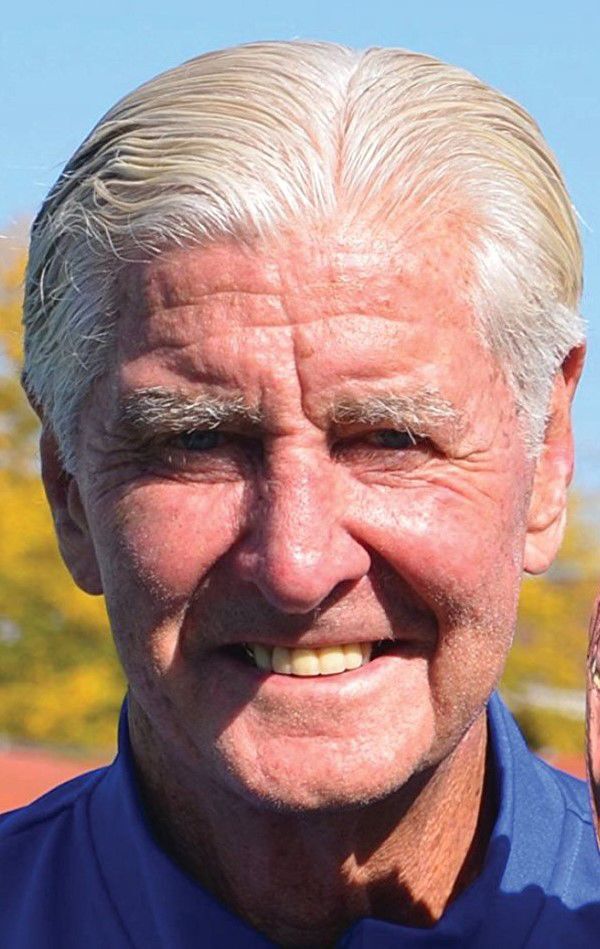