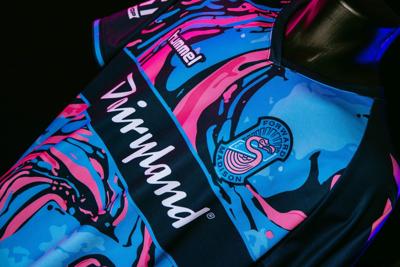 The original idea, months in the making, had been shelved. The replacement concepts were pouring out without a clear direction. The bosses were getting nervous about the timing.

As Forward Madison FC went through the process of designing the follow-up to the alternate jersey that won international acclaim, Cassidy Sepnieski had what she considered a backhanded compliment echoing in her head.

She felt like she was in a time-lapse video where she was planted at her desk working on concepts for two weeks while the rest of the office movement carried on around her. Co-workers offered unenthusiastic responses to what she showed on her computer screen.

The question of doing better than the pink third jersey that helped expand Forward Madison’s brand in 2019 weighed on Sepnieski.

“Why not?” she said. “Why can’t I beat last year’s kit? Why can’t we do something that’s going to be just as good?”

That proved to be motivation for the three-person group that develops jersey designs for Forward Madison — Sepnieski, director of merchandising Chase Eagan and director of brand Kuba Krzyzostaniak.

But the clock was ticking. Major League Soccer teams go through an 18-month process of designing new kits. By January, the Forward Madison group had about a quarter of that time left.

The results, unveiled Saturday, came through the team’s desire to further push the envelope with jerseys into a realm of their own. Three shades of blue and two shades of pink swirl in a hypnotic design that could be used for a Rorschach test.

Eagan and Krzyzostaniak wanted a futuristic vibe, an edgy look that evokes street culture. As it showed with the pink-dominated jersey of its inaugural season, the team isn’t shy about being bold with the alternate shirt.

The team’s home and away jerseys are more traditional, Krzyzostaniak said. The light blue home shirt with a diagonal white sash to represent Madison’s isthmus is in the second year of a two-year cycle. The 2020 away kit was designed by The Flock, Forward Madison’s supporters group, with names of every season ticket holder printed in small, faint lettering on a white background.

Those shirts have attracted attention, but the team sees the third jersey, meant to be worn for FMFC’s friendlies and games in the U.S. Open Cup, as the opening to stick out.

“The alternate’s really the kit that aims for the national and international splash,” Krzyzostaniak said.

As the initial design for the 2020 alternate kit started crashing down last December, however, the hopes for a splash were looking distant.

A lot to live up to

Had it worked out, Forward Madison would have had a city vibe shirt: a black jersey with a charcoal background of the street grid of the isthmus area of Madison and hot pink trim.

Three rounds of samples came back, but none matched what Forward Madison was looking for.

“It probably would have been OK,” Eagan said, “but not to the level where we were going to wow our fans, and what we owe them.”

The success of the kit, which featured a diagonal pattern in navy and white to mimic flamingo feathers, was always in the back of the mind for Krzyzostaniak, Eagan and Sepnieski as they worked on the successor.

“We feel like we have this reputation now that we really need to stand up to,” Krzyzostaniak said.

In a way, however, that notoriety cleared the path for the 2020 alternate shirt, Eagan said, because the team’s brand has already been established in the U.S. soccer community. Even as a third-division pro team, the Flamingos are a known commodity.

What wasn’t known as 2020 started, however, was where the team’s anticipated follow-up was headed.

The design group returned after the holidays with a clean slate and a deadline approaching. Adding to the challenge: Eagan was away on his honeymoon for part of the time.

When he returned, the designers had a week to figure things out. They pushed forward with some ideas, and Sepnieski was tasked with coming up with concepts in only a couple of days.

“I remember leaving the office feeling extremely overwhelmed,” she said. “I’m not going to lie: I went home and I shed a couple tears because it’s an overwhelming time of the year.”

And then? Sepnieski headed to a craft store.

She wasn’t really sure what she was looking for when she walked through the door, but working on her computer wasn’t getting the job done. It was time for a new approach.

She picked out some acrylic paints, some spray paints and some canvases and set up a studio in her kitchen.

Dripping acrylic on canvas didn’t work out. Neither did hand painting lines. She then reached into a knowledge base from following the art community on social media and tried hydro dipping: spray painting multiple layers of colors into water, swirling it and dipping a canvas.

“It creates this magnificent movement and really brings the colors all together without them getting jumbled together,” Sepnieski said.

She sent Eagan and Krzyzostaniak photos of small canvases covered in swirled shades of blue and pink. The group’s first inclination was to go with a pink-based design, but Sepnieski said when she saw the colors in the water, she knew blue had to be dominant.

Sepnieski made the chosen sample into a digital form and cleaned it up, reducing the color gradients to pull off the look she was hoping for.

“I wanted to execute this image of dipping a white kit into paint and doing the hydro dip on a kit, because that is what happened,” Sepnieski said. “It’s a blank canvas, and we managed to pull something really artistic off on it.”

The Forward Madison design group really needs a name, Sepnieski said. She has floated the Kit Crew, but that moniker hasn’t caught on with Eagan and Krzyzostaniak.

Each member brings a different element to the process, things that might not mesh on the surface until they all can work issues out.

As Sepnieski described it, Eagan has the vision, Krzyzostaniak has the soccer background to know how to sell it to fans and Sepnieski has the technical skills to make it happen.

In February, Eagan was on his own to go to Los Angeles to oversee the start of production. Forward Madison started making its kits in the U.S. this season, a move that came with a higher cost but one that let them work directly with those who produce the shirts.

An additional benefit emerged when the California factory was able to keep production moving during the COVID-19 pandemic while overseas factories were shut down.

Eagan said the design was initially overwhelming to those at the factory because of how bold the colors were. But they worked on getting the shades correct over a few days.

“I think now they understand our brand voice and our brand style, so they kind of get that we want to be on the cutting edge of what’s going in the soccer space and in the fashion and street culture,” Eagan said. “That’s what we’ve put out in our past designs and what we’ll continue to put out.”

If not for the novel coronavirus, Forward Madison would have been wearing its alternate kit Saturday night for a friendly against Germany’s FC Augsburg at Breese Stevens Field. It’s unclear when or if the Flamingos will be able to sport the shirts at all in 2020.

Regardless, the Kit Crew was hoping to draw some emotional response from the team’s fans and beyond with the unveiling. Forward Madison reached out to social media influencers to help generate some buzz with the noon Saturday launch.

Sepnieski said all reaction is good and that she’s in the wrong business to take criticism personally.

Eagan wanted to emphasize to the soccer community that Forward Madison is going to continue to innovate and that good ideas don’t have to originate on the coasts.

“I think the stuff we’re putting out here, especially in the kit space, shows that the Midwest can be cool and soccer is big in the Midwest,” he said.

In hindsight, Krzyzostaniak said, the original idea for the alternate kit not panning out was a fortunate turn of events.

“I think this one, in the feedback we’ve gotten from some of the influencers we’ve shared it with, the photos, I think this is honestly probably our best one we’ve had so far,” he said.

The workouts starting Wednesday aren't necessarily an indication that a return to play is drawing nearer for the pro soccer team, but it's a step to get players ready for that possibility.

Second-tier USL Championship is planning to resume its season from a COVID-19 hiatus on July 11 after its board of governors approved the provisional start date on Thursday.

The league board of governors approved a return-to-play framework during a Friday meeting.

Watch now: The sash stays as Forward Madison FC shows off its home jersey for 2021

"Where some of our other stuff is a little more funky, we want to cater to everyone and make sure we've got a little something for everybody on the rack," Forward Madison art director Cassidy Sepnieski said. 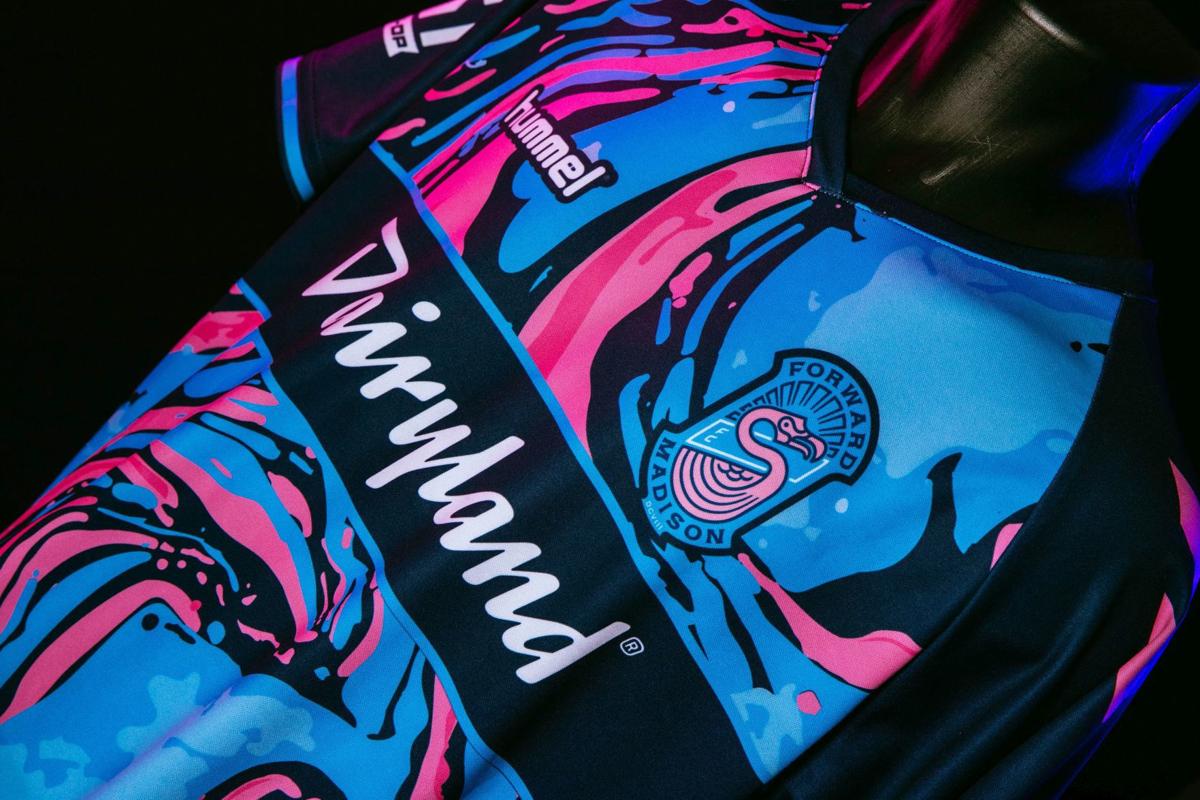 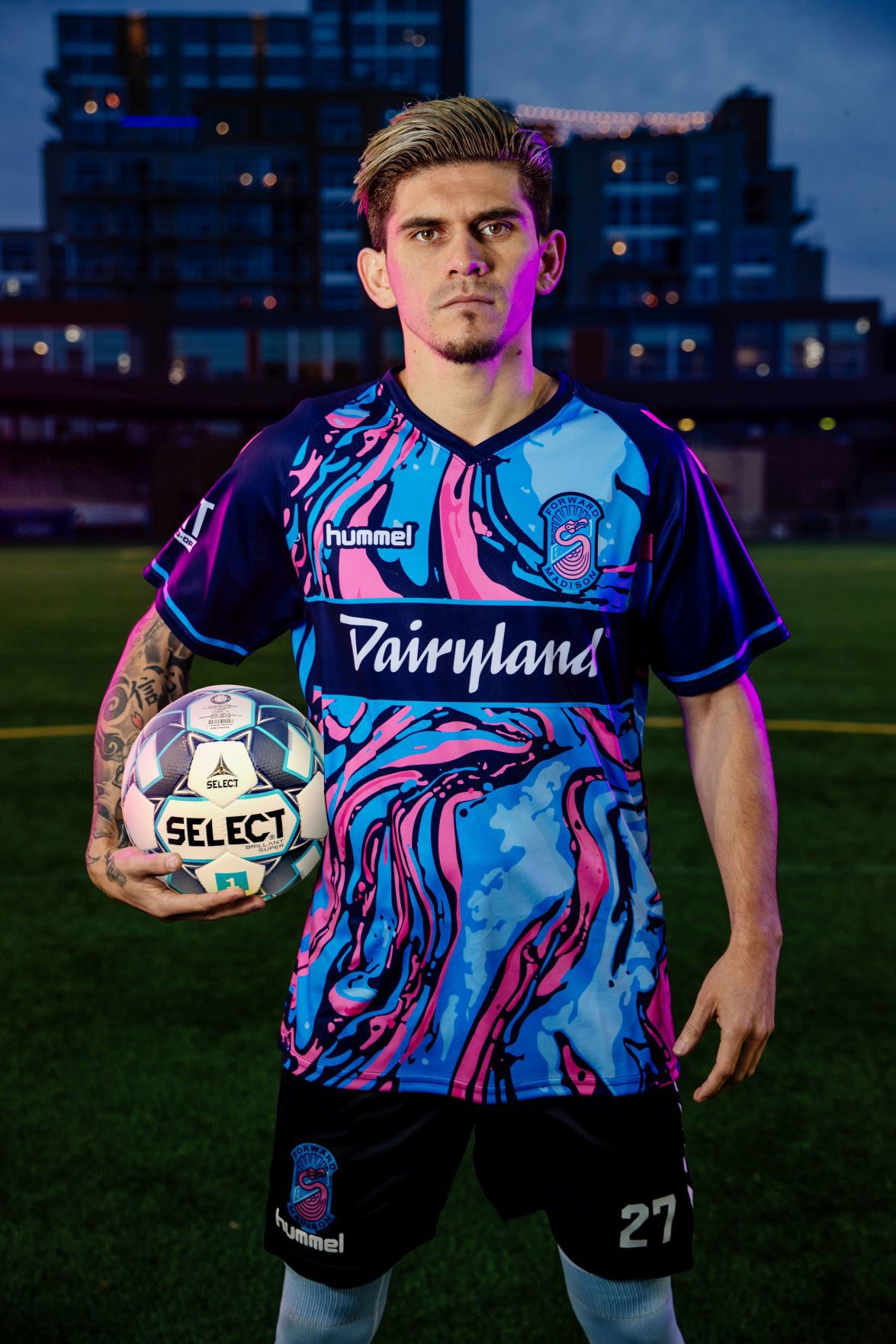 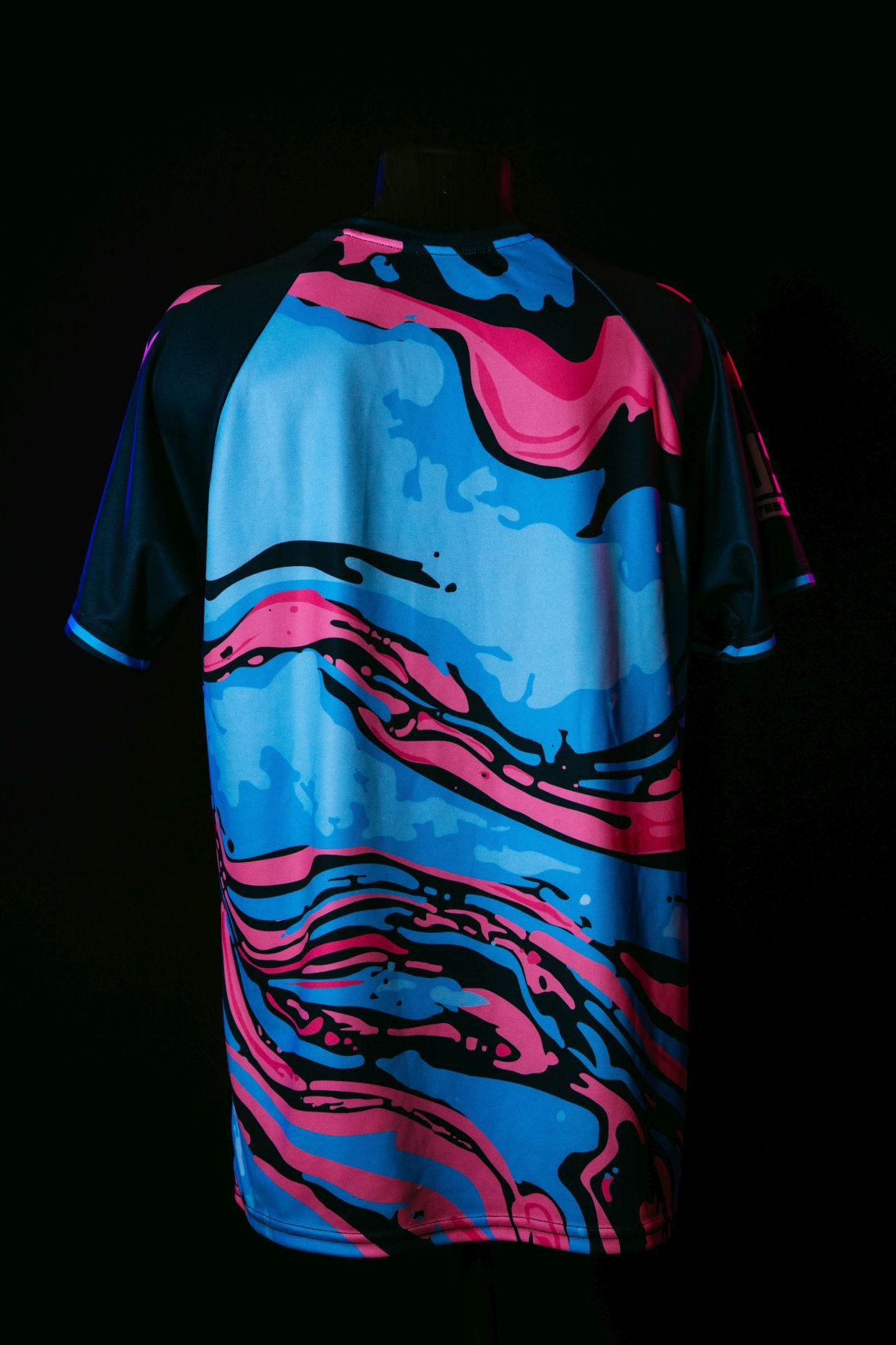 The back of Forward Madison's 2020 alternate jersey shows the pattern created by a hydro dip technique. 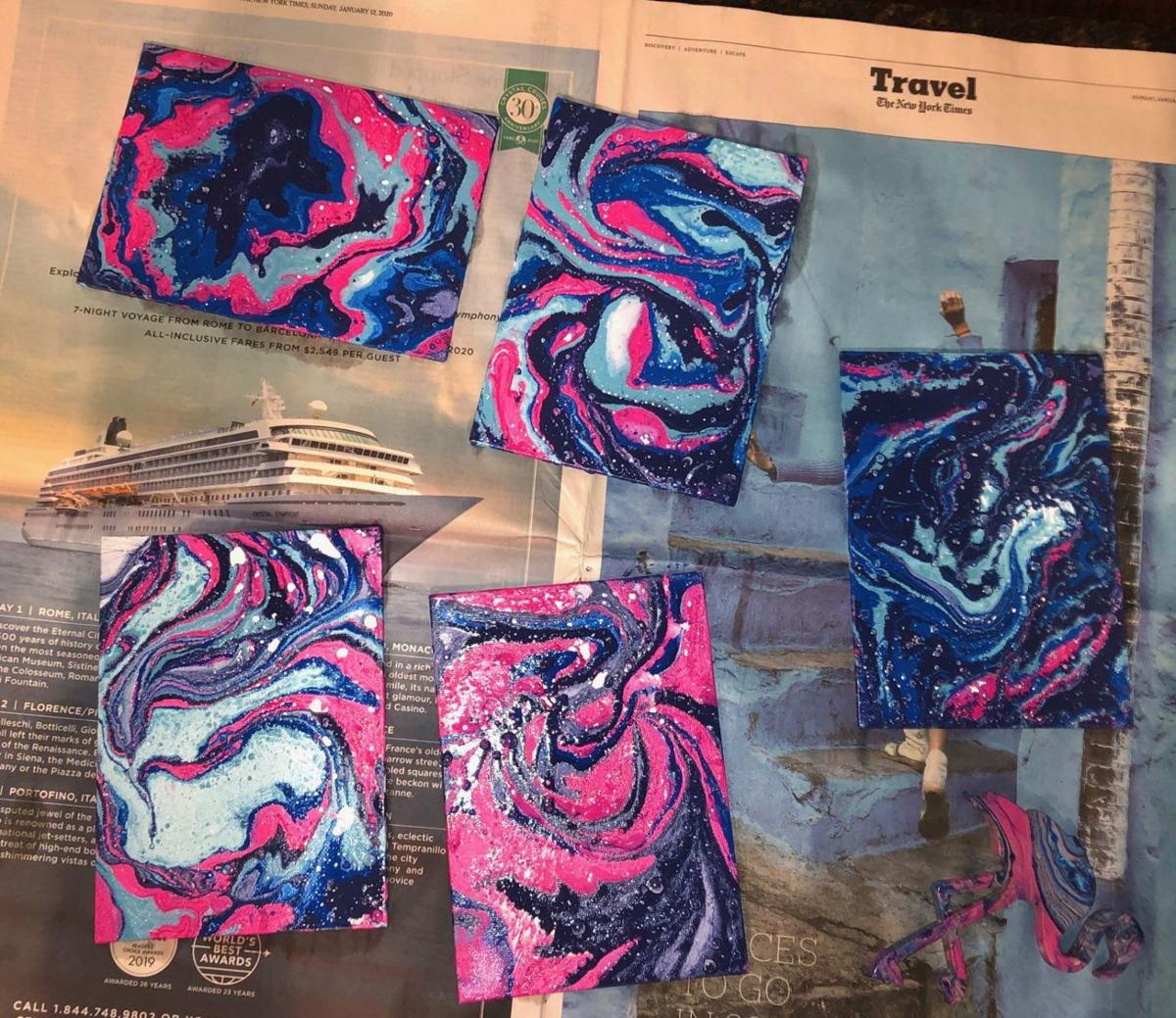 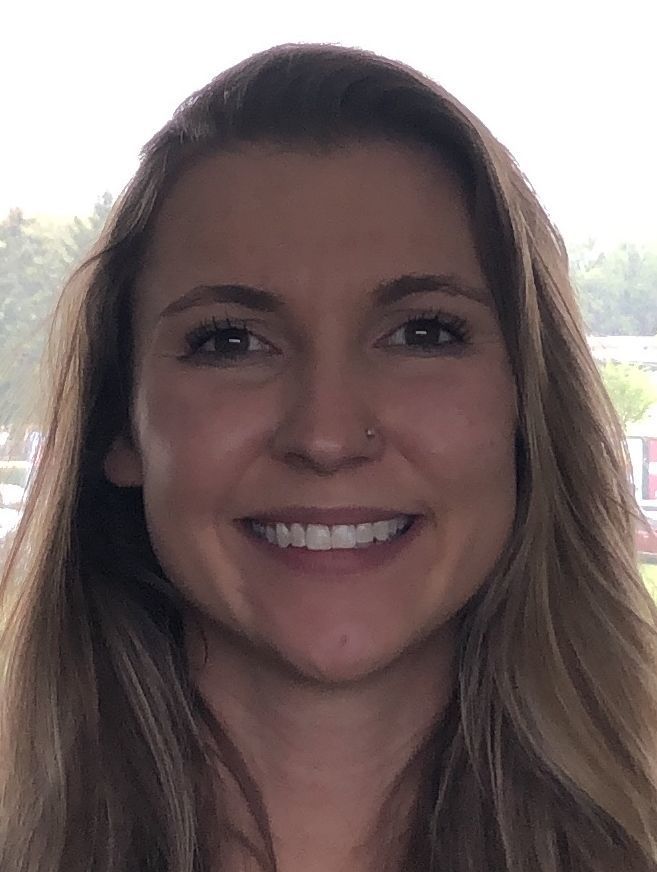 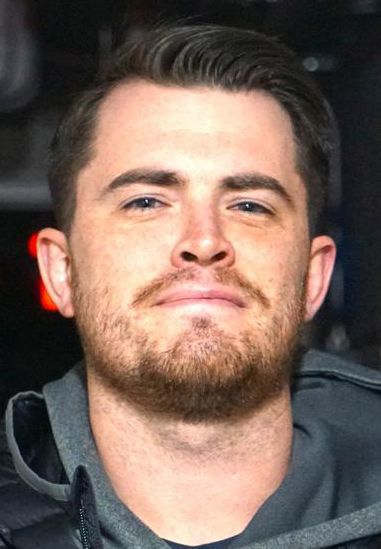 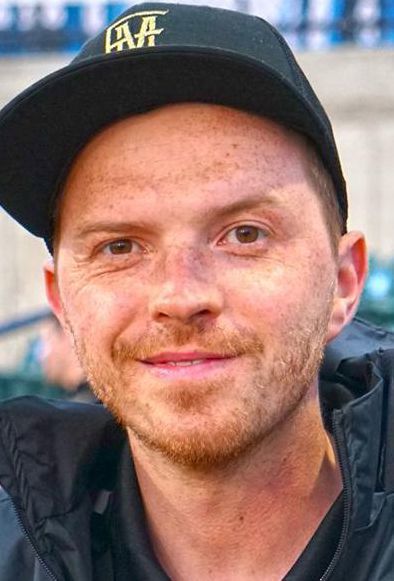