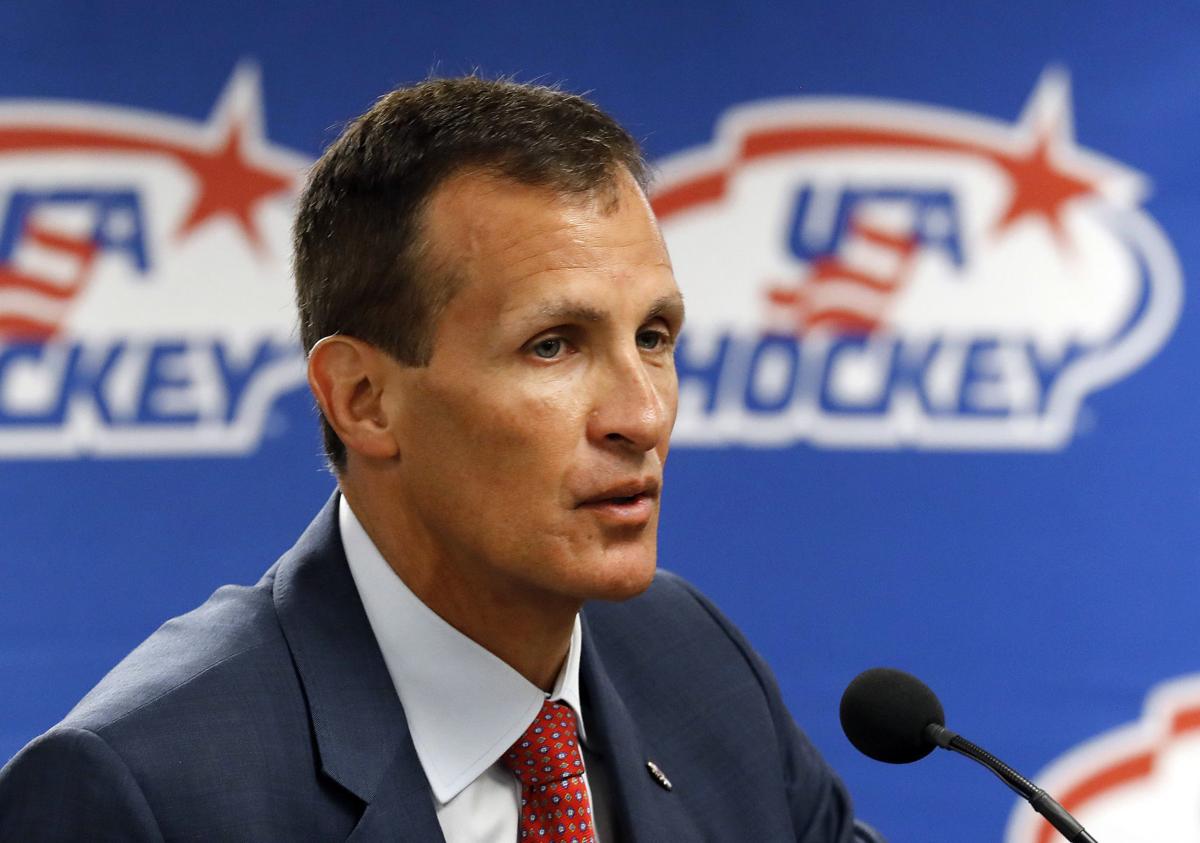 "Not many people know about these guys," U.S. men's hockey coach Tony Granato said of his team. "But by the end of the first week of the Olympics, hopefully all these stories will be exciting ones for the American people." 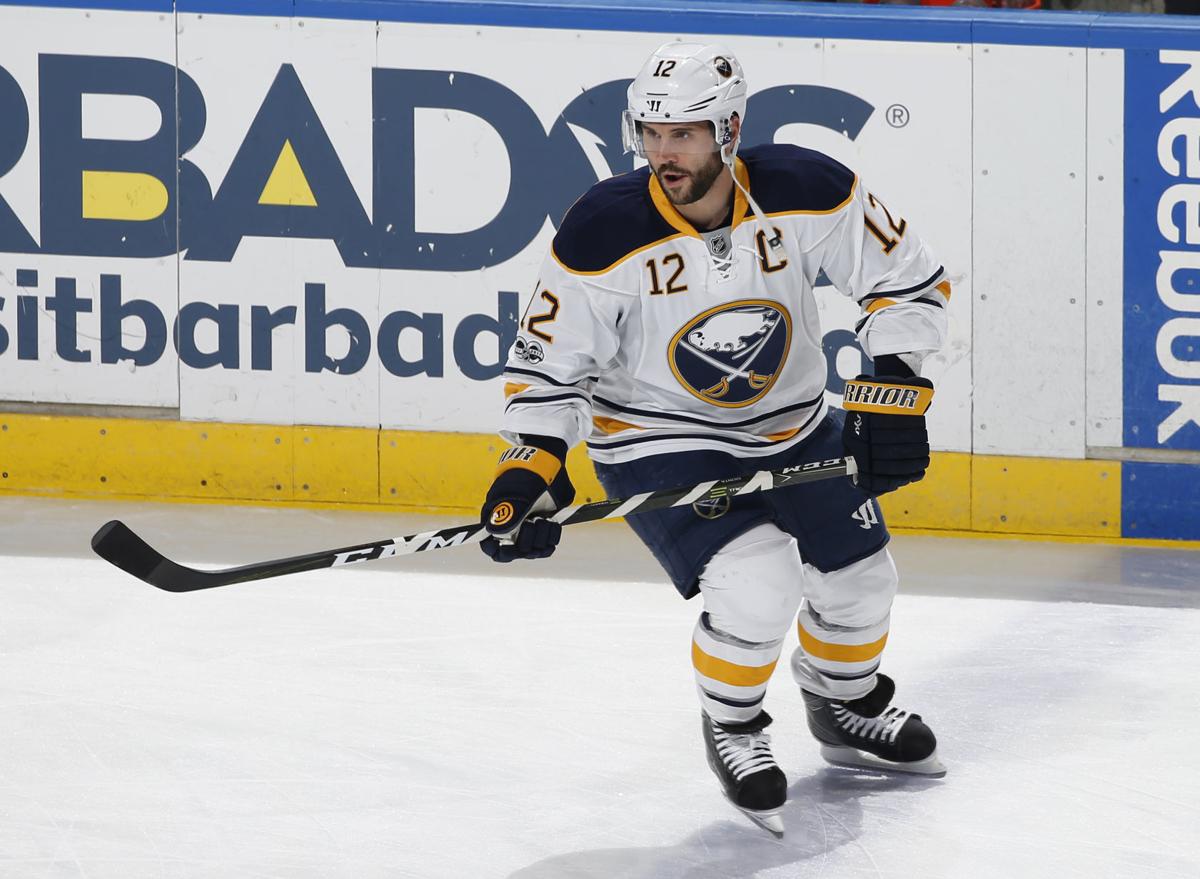 They were some of the best phone calls that Jim Johannson ever got to make.

Tony Granato knows, because Johannson would call him after almost every one, beaming about the excitement emanating from the player to whom he’d just given a spot on the U.S. Olympic men’s hockey team.

“This is my greatest day as a part of hockey,” Johannson told Granato, in the latter’s recollection. “I’ve never had the thrill of being able to tell a guy he made an Olympic team like this.”

There’s a lot of thrill for Team USA as the Olympic men’s hockey tournament starts this week, but for Granato and everyone else associated with the team, it’s hard to separate the sadness.

Johannson, a former University of Wisconsin teammate of Granato who was the American team’s general manager, died on Jan. 21, less than three weeks before the group was due to gather in South Korea.

Johannson was as critical an element of USA Hockey’s administration as there was on an international level. And in an Olympics where player selection took on a new set of challenges, he crafted a team high in character, Granato said.

“This is Jimmy’s team, from start to finish,” said Granato, who’s on a three-week sabbatical from coaching the Badgers to be behind the Olympic bench. “And it always will be because of the work that he put in to bring us all together. ...

“So as hard as it is for us to move forward and move past his loss, in respect to him and to make him proud, we’re going to do everything we can to play inspired, to represent us in the way Jimmy wanted to and drew this whole thing out for us to do.”

One of the things Johannson wanted was for Granato to be his team’s coach, something that he asked last summer. If you’re going to be in a competitive situation, Johannson once said, you might as well take guys you really want to hang around with.

It was going to be an Olympic team unlike any from the past two decades in that players on NHL contracts were off-limits for team selection.

But Johannson, Granato and their staff scouted European leagues, North American minors and the college game to assemble a group of 25 players whose stories are scarcely known outside of hockey circles.

Granato adds a qualifier there: Their stories aren’t known yet.

For the longest time, everyone wanted to talk about who wouldn’t be at the Olympics, namely the NHL players who are the best in the world at their craft. The league and the International Olympic Committee blamed each other for not coming up with a deal to allow NHL players to compete for a sixth straight Olympics.

Granato, on the other hand, wanted to talk about the 25 players that Team USA would take to South Korea.

“Not many people know about these guys,” he said. “But by the end of the first week of the Olympics, hopefully all these stories will be exciting ones for the American people.”

The team includes 17 who play in Europe, four NCAA skaters, three who are under American Hockey League contracts and an unsigned captain nearing the end of his career.

But Granato goes back to when his interest in Olympic hockey took off at age 15 in 1980 with the U.S. Miracle on Ice team to show that the public’s perception can change quickly.

Jim Craig? Jack O’Callahan? Ken Morrow? He had never heard of them before the tournament. Two weeks later, they were his heroes.

“I don’t think our players are looking to be heroes to anybody as of right now,” Granato said. “I think they’re looking to be the best teammate they can be and to represent us in the best way possible.”

Granato already has some pages written in his Olympics story. In 1988, a year after his UW playing career ended, he was picked for the U.S. team that went 2-3 in group play in Calgary and missed the final round.

With NHL players in the mix in Sochi, Russia, four years ago, he was an assistant coach to Dan Bylsma as the Americans finished fourth.

Granato’s background in and passion for USA Hockey means something to the current players.

“I think that rubs off on everybody when we’re in that room and he’s talking about what we can accomplish and what we can be a part of — something bigger,” Gionta said. “His style of coaching is very motivational. It makes you want to play for a guy like that.”

The U.S. opens against Slovenia on Wednesday (6:10 a.m. Madison time) before playing Slovakia on Friday (9:10 p.m. Thursday in Madison) and the Russian team on Saturday (6:10 a.m. in Madison).

The Russians — the team is officially known as the Olympic Athletes from Russia because of an IOC ban on the country due to doping offenses — are a tournament favorite with former NHL stars Pavel Datsyuk and Ilya Kovalchuk on the roster.

Canada, which features former Badgers players Rene Bourque at forward and Cody Goloubef on defense, and Sweden are perennial powers, regardless of whether NHL players are involved.Since being unveiled as the Olympic coach last August, however, Granato has projected a confidence that the U.S. will have a team that can be in the medal hunt and not have it be a miracle.

“I think we can compete with any of them,” Granato said. “When the Americans go to a tournament now, we expect to do well and win and compete for a medal. And this tournament’s no different for us.”

Granato is the third Badgers coach to take leave to coach an Olympic hockey team. But the first two, Bob Johnson with the men’s team in 1976 and Mark Johnson with the women’s squad in 2010, had much different setups for their groups.

They had months of lead time with their team, which played the season together. Like with the NHL-based teams that had been in the Olympics since 1998, Granato has only a few days of practice before starting the tournament.

Mark Johnson, the Badgers women’s hockey coach, shared some Olympic coaching ideas with Granato but conceded that the landscape is totally different than the one in which he directed a U.S. team because of the preparation time.

“The nice thing about this event, it’s a short term,” Johnson said. “It’s only two weeks. You don’t have to play great the whole season. You just have to play well at the right times and against the right competition.”

That’s Granato’s charge as coach: Put Team USA, a collection of players who have been mostly passed over for this kind of opportunity in the past, in a position to win.

He’ll do it the way Johannson would have wanted him to.

“He will be there with us,” Granato said of Johannson, who wasn’t replaced as general manager. “All of the decisions we make as a staff, we will think about what would JJ have wanted us to do. And that’s how we will run our team.”

The Badgers coach is due to leave Wednesday for South Korea.

USA Hockey confirmed Sunday that Johannson, 53, passed away in his sleep.

At least one Badgers player or alumnus has competed in the Olympics since 1976.

He said he expects to miss four Badgers games during the 2017-18 season while coaching the Americans.

The Badgers and the Golden Gophers play at the Kohl Center.

For the second time this season, the Badgers went into a break after being swept at home.

The United States blew a two-goal lead and lost a 3-2 stunner in overtime Wednesday night in the Olympic opener for both teams. Slovenia captain Jan Mursak scored the tying goal with 1:37 left in regulation and the winner 38 seconds into overtime.

With several players and coaches with ties to the state of Wisconsin in South Korea for the 2018 Winter Olympics, here's how fans can watch them perform.

With several players and coaches with ties to the state of Wisconsin in South Korea for the 2018 Winter Olympics, here's how fans can watch them perform this weekend.

With the loss, coach Tony Granato and the United States are guaranteed to have to play in the qualification round Tuesday.

Losing Josh Ess for an undetermined amount of time has broken up one longstanding Badgers defense pairing and possibly more.

There is only one scenario for the final regular-season weekend that would give the Badgers a home series in the first round of the Big Ten Conference playoffs March 2-4.

Jim Johannson, who died in January, is the sixth former Badgers player or coach to receive the Lester Patrick Award for service to American hockey.

Granato joined Jerry York, Dean Blais and Jenny Potter in the Class of 2020.

"Not many people know about these guys," U.S. men's hockey coach Tony Granato said of his team. "But by the end of the first week of the Olympics, hopefully all these stories will be exciting ones for the American people."