It was the final race for the current track surface. It was installed in 1997 and is the oldest on the NASCAR circuit. Construction on a repaving and reprofile project is expected to begin immediately.

“What a genuine, awesome, old-school race track,” Kurt Busch said. “I just asked the track today for the last time on your old asphalt can I have an old guy win, and she answered.”

Kurt Busch, 42, raced to his first victory of the season, 33rd overall and the fourth of his career at Atlanta. He locked up a spot in the playoffs and possibly improved his chances of securing a new ride next season.

“The 42 did his job as a teammate,” Kurt Busch said. “Ross is going to get a little flak for it, but that’s what it takes to be a good teammate at the right moment. I couldn’t be more proud of Ross Chastain.”

Kyle Busch pushed for the lead with eight laps remaining, but Kurt pulled away in the final laps to win by 1.237 seconds.

Kyle Busch said his brother “was definitely better than us today. I thought I had him, and I did, but racing just didn’t play out for us today.”

Kurt Busch’s contract with Chip Ganassi Racing expires at the end of the year, and Ganassi sold the team to Trackhouse Racing owner Justin Marks this month.

“I don’t know where I’m going, but I just love racing cars and I want to race that Next Gen car,” Busch said, referring to NASCAR’s planned new car for next season. “That’s why I want to stick around.”

Martin Truex Jr. finished third after starting at the back of the pack. Alex Bowman was fourth, followed by Ryan Blaney.

Truex had been slated to start fifth but was pushed to the rear of the pack after his Toyota failed two pre-race inspections.

Denny Hamlin was fifth at the end of the second stage but was penalized for entering the pits too fast and had to move to the back of the pack for the restart. He finished 13th.

Atlanta Motor Speedway president Brandon Hutchinson said the planned resurfacing was overdue. Proof of the poor condition of the old asphalt came holes which developed on the front straightaway had to be repaired following the second stage.

The race was delayed for 19 minutes during a red-flag stoppage as a crew filled the gaps in the track with caulk.

Pole-sitter Chase Elliott finished seventh. Elliott fell back after his brakes locked, causing him to miss his pit box, on a competition caution on Lap 27.

Elliott struggled to make up ground and remained winless in seven starts at his Atlanta home track.

Elliott described the finish as “solid, just not great.”

Light rain, and the threat of a heavier downpour, affected strategy late in the second stage. Some drivers were instructed to delay pit stops and remain on the track in case rain forced a delay or early end to the race. There was no weather delay.

The Hendrick Motorsports star and NASCAR’S most popular active driver comes from the back of the pack to win at Road America on Sunday.

Kurt Busch has welcomed the uncertainty of this season as he chases a playoff berth while pondering his future in NASCAR.

NASCAR brings its top series back to Wisconsin this weekend for the first time since 1956.

Serving as car chief for Kevin Harvick's No. 4 Ford, Bob "Cheddar" Smith is a Whitewater native hoping for a win in the first Cup Series in Wisconsin since 1956.

Kyle Busch came through in the clutch — even when he raced without one — and busted Hendrick Motorsports’ winning streak when he raced to his second victory of the season Sunday.

Just about everyone else left the world-famous speedway frustrated, angry or bewildered by a bizarre Brickyard 200 finish that involved 16 wrecked cars, two red flags, a spin out of the race leader and a penalty all in the final five laps to help AJ Allmendinger win.

Chase Briscoe and Denny Hamlin spent the week trading barbs about their chaotic finish at Indianapolis. They’ll have a chance to settle the score Sunday at Michigan.

With Kyle Busch’s help, Ryan Blaney took the lead on the final restart, then bobbed and weaved his way around Michigan International Speedway to beat Byron by 0.077 seconds. 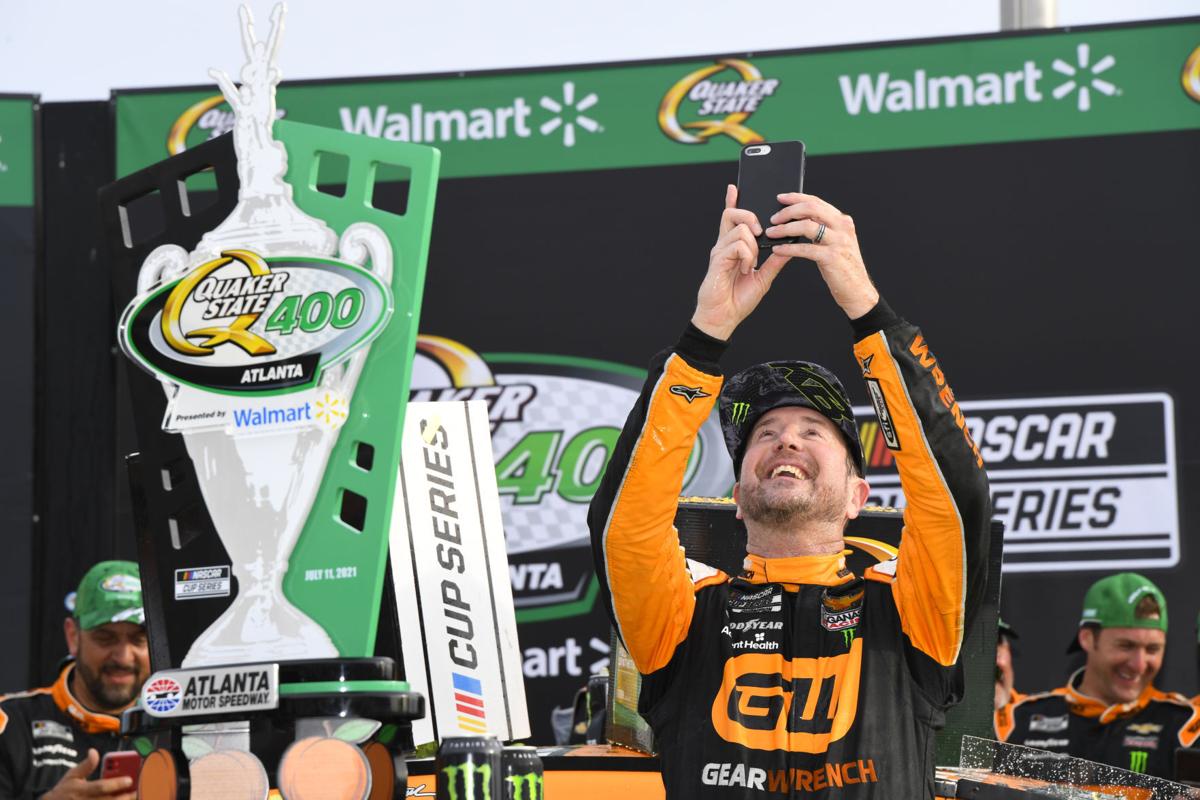 Kurt Busch takes a selfie in Victory Lane on Sunday in Hampton, Ga. 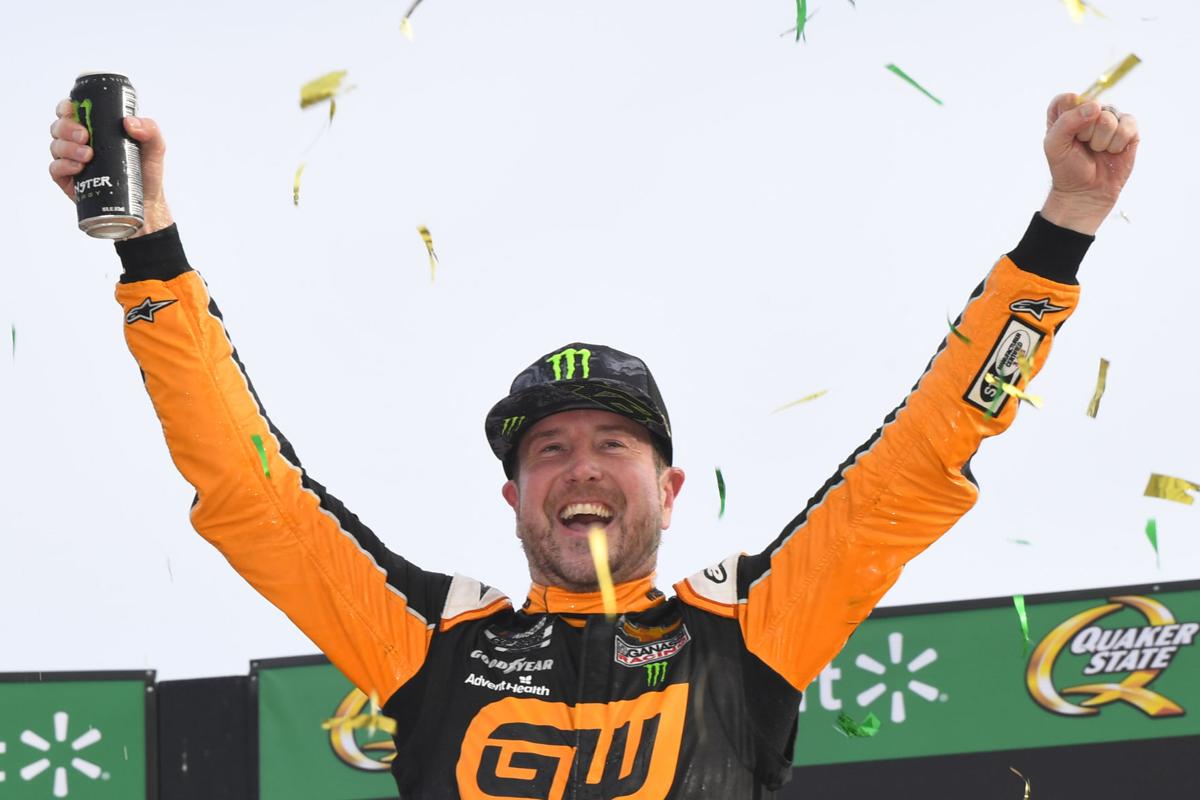