There’s little chance Matt Kenseth will return to race in the NASCAR Cup Series, at least in a full-time capacity.

The Cambridge native worked for Chip Ganassi Racing at NASCAR’s premier level in 32 races in 2020. He drove the No. 42 Chevrolet in place of Kyle Larson, who was fired after he used a racial slur during a virtual iRacing event on April 12.

“I look forward to doing late model stuff or IMSA, or something like that. A little bit here or there. As far as NASCAR racing full-time or professional racing, those days are behind me.”

Kenseth’s remarkable career includes a 2000 Cup Rookie of the Year award, the 2003 Cup championship and 39 victories — including Daytona 500 wins in 2009 and 2012. Before being hired for the Chip Ganassi Racing ride, he stepped away from full-time competition in 2018.

Kenseth is among an elite group of drivers — Dale Earnhardt, Jeff Gordon, David Pearson and Richard Petty are the others — to earn a Cup Series championship, Rookie of the Year award and Daytona 500 win.

Kenseth, 48, has accumulated 697 Cup starts, with his most recent victory occurring at Phoenix Raceway on Nov. 11, 2017.

Kenseth said the COVID-19 pandemic made jelling with the CGR team a challenging task. Besides qualifying for the Coca-Cola 600 on May 24 at Charlotte Motor Speedway, no qualifying or practice sessions were held at tracks.

That decision meant drivers got in their cars about 10 to 15 minutes prior to the start of each race.

“We didn’t have practice all year, which is the craziest thing ever,” he said. “I never dreamed I would run every single race without getting a chance to get in the car, work with my team and make changes, and work together and try to get the car better.

“I was very disappointed with the results, that I wasn’t able to do better and help the team more.”

Kenseth finished 10th in his first race with CGR at Darlington (S.C.) Raceway on May 17, but the team couldn’t gain success on a race-by-race basis.

His best outing of the year was a runner-up finish behind Kevin Harvick at Indianapolis Motor Speedway on July 5. Kenseth led 12 laps during the race but was passed by Harvick on a restart with two laps left on the legendary oval.

“Finishing second at Indy was the highlight of our year,” Kenseth said.

“We didn’t get any decent momentum or consistency to build off of. We had competitive runs here and there. We had a little bit of momentum going at times, and other times it felt like we were going backwards.”

Despite his lackluster performance, Kenseth said there were still a handful of memorable moments.

Kenseth said he’s been impressed with Johnson’s competitive edge despite rules changes and format tweaks at the Cup level.

“I know he still has a huge passion for racing and wants to do a lot of different stuff, do IndyCar for a couple years,” Kenseth said. “That’s a huge risk and undertaking. To race in a stock car for 20 years and go try a super competitive, different series like that is a big deal. Man, I can’t wait to watch that.”

“People can argue about it, but he’s one of the greatest drivers of all time. I appreciate him as a fan and as a person.”

Kenseth made his race debut in Cup as a substitute driver for Bill Elliott in 1998, so he’s gotten the chance to know Elliott and son, Chase, throughout the years. Seeing Chase Elliott win the 2020 Cup title reminded Kenseth of Chase’s childhood and his budding interest in the sport.

“Chase was always paying attention and really plugged into racing a lot,” Kenseth said. “For Bill to be able to share racing with Chase, I think that’s awesome.”

Kenseth didn’t talk to any team owners about jobs in 2021, and said he’s looking forward to getting back to daily life and the challenges of being a parent. Kenseth and wife, Katie, are raising daughters Kaylin, Grace, Clara and Mallory in North Carolina. They’ll also spend time with Matt’s son, Ross, and his family in Florida.

Kenseth said he’s looking forward to being a husband and dad, and going back to a life without worrying about a schedule. His 2019 offseason a couple years ago showed Kenseth what life without work was like.

“I will say that 2019 was one of the best years of my life,” Kenseth said. “I had tons of free time, and had a great time with Katie and the kids. There was no stress and we spent the whole summer together doing whatever we wanted to do.

“I’m extremely thankful for the opportunity at Ganassi and thankful that I did it. I was kind of getting the itch to do race again. So there was a lot of good that came about.”

Chase Elliott did what Dale Earnhardt Jr. could not and parlayed the popularity gleamed off his Hall of Fame father into a NASCAR championship.

Matt Kenseth showed no signs of rust in return to NASCAR

Matt Kenseth got back into a Cup car for the first time since the 2018 season finale and finished 10th on Sunday at Darlington, one of the most technical tracks on the circuit.

Cambridge native Matt Kenseth is coming out of retirement to drive the No. 42 Chevrolet beginning with Sunday's race at Darlington Raceway.

'Unfinished business' drives Matt Kenseth back to the fast lane

At 48, Cambridge native Matt Kenseth will be the oldest driver in the field when the NASCAR Cup Series resumes May 17.

Matt Kenseth, 48, will come out of retirement to compete for Chip Ganassi Racing as the replacement for fired driver Kyle Larson.

Matt Kenseth has 'no plans to drive' beyond this year

The Cambridge native said the perspective he has now is different than before because he is just driving part time and has been more involved with wife, Katie, in raising their daughters, ages 9, 7, 4 and nine months.

NASCAR fans revved up for Daytona 500 despite COVID-19 pandemic

The roughly 30,000 fans are expected to make Sunday’s Daytona 500 the largest-attended sporting event in the nation since the COVID-19 pandemic shut down much of the sports world 11 months ago.

Michael McDowell stormed through a crash scene to win the Daytona 500, snapping an 0-for-357 streak with a fiery pileup in his rearview mirror.

Christopher Bell defied the odds Sunday and earned his first career Cup series victory — in just his second race since Joe Gibbs Racing pulled him back into its inner circle.

William Byron was the third surprise winner through three races this season with his victory Sunday at Homestead-Miami Speedway. Byron joined Michael McDowell and Christopher Bell as unlikely winners to start this season.

On Sunday at Las Vegas Motor Speedway, Kyle Larson raced to his first NASCAR victory since he was reinstated from a nearly yearlong suspension.

Martin Truex Jr. blew past Joey Logano on the final restart and pulled away for his first NASCAR Cup Series victory of the season and 28th overall.

Ryan Blaney became the sixth driver to win in six races to start NASCAR's Cup season, surging to the front with nine laps to go after Kyle Larson easily won the first two stages and led 269 of 325 laps on the 1.54-mile trioval.

Alan Kulwicki, a Polish-American interloper from Wisconsin and a NASCAR independent who was the beloved antithesis of NASCAR's good 'ole boy system, was killed in a plane crash five races into the 1993 season.

Martin Truex Jr. won a stirring, laps-long duel for the lead with teammate Denny Hamlin in the rain-delayed NASCAR Cup Series race Sunday, winning for the third time in the past four stops at the 0.526-mile oval.

The Indianapolis 500 will welcome a sold-out 135,000 spectators on Sunday — nine months after the race ran without fans for the first time in its 105-year history — and drop the green flag on a packed house and a party not seen since early 2020.

NASCAR brings its top series back to Wisconsin this weekend for the first time since 1956.

Photos: Take a look back at Matt Kenseth's career in racing

Cambridge native Matt Kenseth won 39 NASCAR Cup Series races during his career, which spanned 22 years. He finished in the top five in 182 of …

The 50-year-old Kenseth was a first-ballot selection and will be joined by driver Hershel McGriff and crew chief Kirk Shelmerdine in the 2023 class. 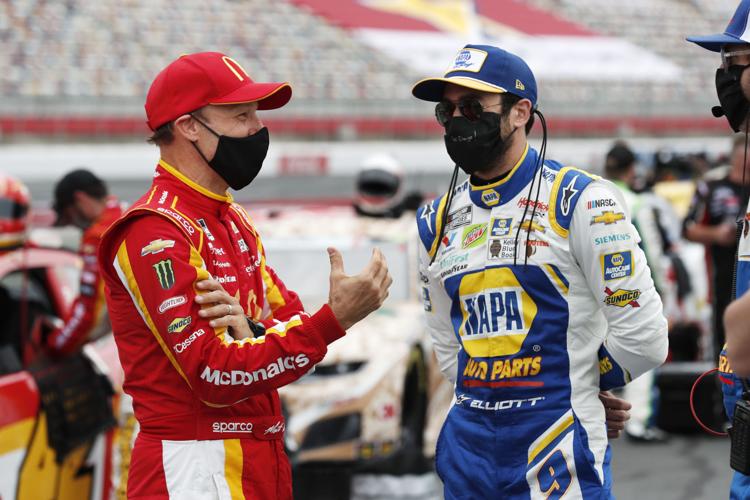 Cambridge native Matt Kenseth, left, talks with eventual 2020 NASCAR Cup champion Chase Elliott prior to a race in May. Kenseth had one top-five and one top-10 finish this season. 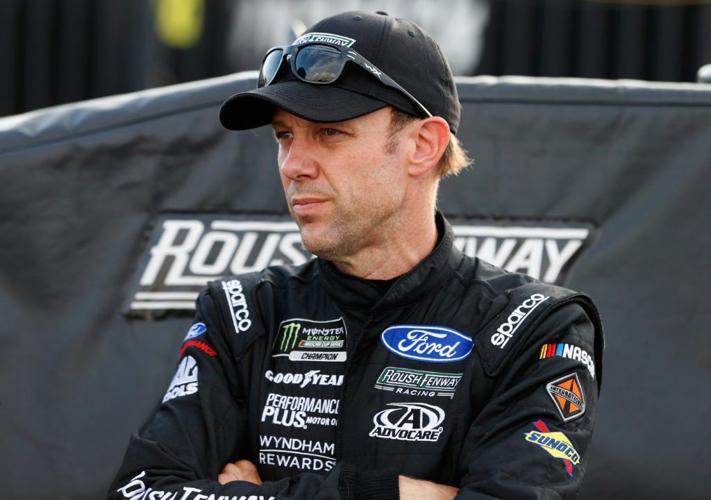