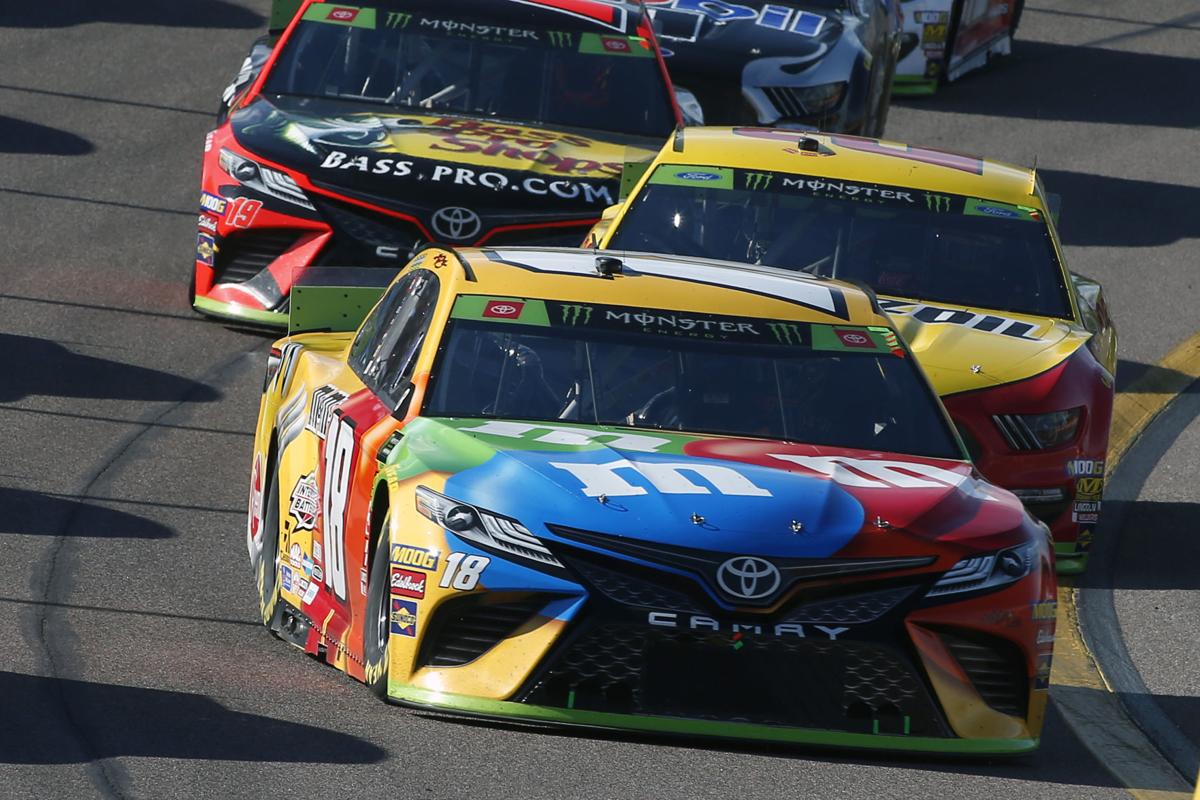 Kyle Busch drove to his second NASCAR championship last season in the No. 18 car. His push for title No. 3 begins with the Daytona 500 on Feb. 16. 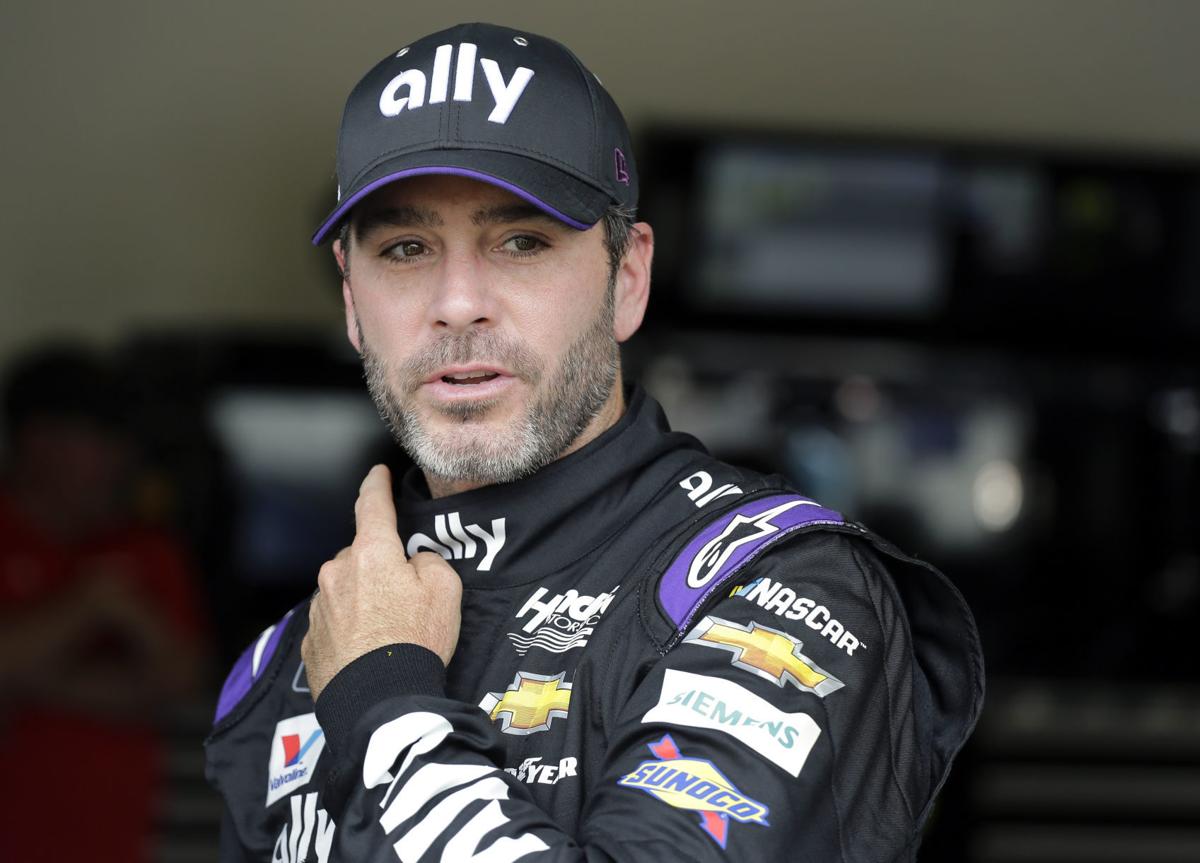 DAYTONA BEACH, Fla. — The sky isn’t falling — or at least it doesn’t feel that way — as NASCAR heads into the first of two seasons full of change.

In the three months since Kyle Busch won his second championship, NASCAR took its awards ceremony to Nashville, Tennessee, and was eagerly embraced. The Hall of Fame ceremony last month focused on Joe Gibbs and his elite organization, which won a record 19 of 36 races last season as Busch earned Joe Gibbs Racing its fifth Cup Series title.

Drivers will return to the track at Daytona International Speedway Saturday and the season-opening Daytona 500 is Feb. 16.

“We’re coming off of a very good year, I felt like last year, where we’re really getting some momentum back,” NASCAR chairman Jim France said. “It’s exciting now, going into this coming year.”

Since replacing his nephew as head of the family business in August 2018, Jim France has been a steady guide for a series trying to stop a slide in every important metric. Attendance and television ratings may have finally bottomed out, but sponsorship dollars are as hard to find as ever and cost-cutting is a major priority across the entire industry.

So the last full season for seven-time NASCAR champion Jimmie Johnson also is the last year for the current race car. The “Next Gen” car is on schedule to race in 2021, and the project is expected to trim millions from team budgets because its parts and pieces will require a smaller workforce.

Even before that, NASCAR for 2020 made long overdue tweaks to the schedule with a few seismic shifts: Phoenix will host the championship-deciding finale in November, Martinsville Speedway got both a night race and the penultimate playoff race, Daytona gave up its traditional July Fourth weekend to Indianapolis Motor Speedway (and will now host the final regular-season race) and Pocono Raceway is going to host two Cup Series races in one weekend.

NASCAR was able to make those changes despite five-year contracts that had given track owners stability. But fans have complained about the stale schedule and 2020 was NASCAR’s first chance to make even small changes.

The contracts expire this year, and NASCAR will essentially have the ability to reconfigure the entire schedule for 2021. NASCAR, a private company owned by the France family, last year swallowed International Speedway Corp., giving Jim and his niece, Lesa France Kennedy, the power to do just about anything they want.

“It makes a big difference,” Jim France said of the merger. “It gives us an opportunity to respond quicker to the changing environment out here with the economy and all the things that are going on that impact motorsports. It was a major big step that we needed to make probably for quite a while.”

NASCAR this year will debut a new sponsorship model in which the elite Cup Series will not have a single entitlement partner. The Winston Cup/Nextel Cup/Sprint Cup/Monster Energy Cup will be just the Cup Series going forward, with “premier partners” Busch Beer, Coca-Cola, GEICO and Xfinity taking on large roles.

As Jim France and Lesa France have found their footing, the stock car series has shown flexibility, too: After acknowledging the rules package was a bust at short tracks and road courses, NASCAR did an about face and made changes for those specific venues.

Adapting to it all will be Johnson, who said this year will be his last as a full-time NASCAR driver. His 19th season will be his last attempt to win a record eighth Cup championship, but Johnson said he has shaken off the pressure of chasing Richard Petty and Dale Earnhardt and plans to enjoy his time in the No. 48 Chevrolet.

“I’ve been able to have some clarity and to really understand it on a deeper level,” said Johnson, now 44. “One thing that I’ve come to grips with and I’m enjoying letting go of is: I feel like I’ve been a bit out of character and a bit focused on a number, a statistic — and I’ve never in my life been that way. I’ve never raced that way.”

The chase will be on for drivers hoping to fill Johnson’s seat at Hendrick Motorsports. Alex Bowman also is in a contract year driving Rick Hendrick’s No. 88, meaning two top seats at an elite team are in rare play.

Among the drivers in a crowded free agent pool are former series champion Brad Keselowski and teammate Ryan Blaney, who were both involved in a major Team Penske offseason shakeup. Looking for a spark after failing to get any of its cars into the championship-deciding finale, Penske swapped the crew chiefs for all three of its drivers, two of whom are in contract years.

“I personally needed to be challenged,” Keselowski said. “A lot of us were pretty comfortable and this certainly removes any feeling of comfort.”

Kyle Larson is considered the top free agent in this year’s pool and he likely has three options: He can stay with Chip Ganassi, who lets him race sprint cars; move to Stewart-Haas Racing and drive for Tony Stewart, who may be even more lenient than Ganassi has been; or he can scale back the extracurricular racing and drive for Hendrick.

Larson has won just six career Cup races, but is considered to be the best of NASCAR’s next generation and is only 27. His courtship and ultimate decision will likely impact all other major driver negotiations.

It’s a full house at Joe Gibbs Racing, which put three Toyotas in the final four last season and returns its entire lineup, with Christopher Bell finally earning his promotion to the Cup Series in a satellite ride for Leavine Family Racing. It was the only place to put Larson’s sprint car-loving buddy, who was ready for the big leagues but stuck in Gibbs’ crowded system.

Bell will be in a race for top Cup rookie alongside two-time Xfinity Series champion Tyler Reddick and Cole Custer. The trio raced each other for the Xfinity title the past two seasons.

The race for the final four slots at Pheonix is wide open, assuming teams figure out how to match Gibbs on the track. Busch hasn’t missed a beat and spent a decent part of January in a sports car, making his debut at the prestigious Rolex 24 at Daytona in his own attempt to stay sharp.

His push for title No. 3 begins with the Daytona 500, a race he has never won. Busch was second to teammate Denny Hamlin in last year’s 1-2-3 Gibbs sweep, and he very much wants to win the race himself.

Busch gets to show what he’s got starting Sunday with both an exhibition race and qualifying for the Daytona 500.

For those who know Jimmie Johnson best, his drive to finish his final full season in NASCAR in championship style can’t be beat.

The Daytona 500 has been postponed by rain for the first time since 2012, dampening NASCAR’s season opener that started with a ballyhooed visit from President Donald Trump.

At the finish line, Denny Hamlin made history with a second straight Daytona 500 victory in an overtime photo finish over Ryan Blaney, a celebration that quickly became muted as drivers awaited an update on Ryan Newman’s condition.

Despite a botched final pit stop, Joey Logano still wound up in Victory Lane for the second year in a row in Las Vegas, winning a two-lap sprint to the finish that ended under caution.

Kyle Busch drove to his second NASCAR championship last season in the No. 18 car. His push for title No. 3 begins with the Daytona 500 on Feb. 16. 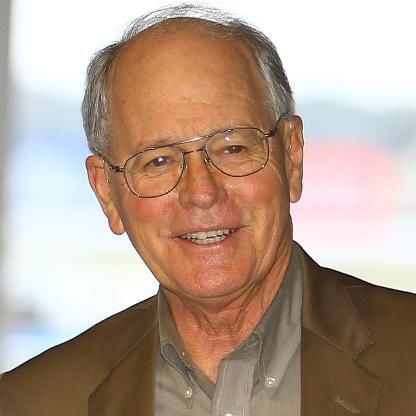