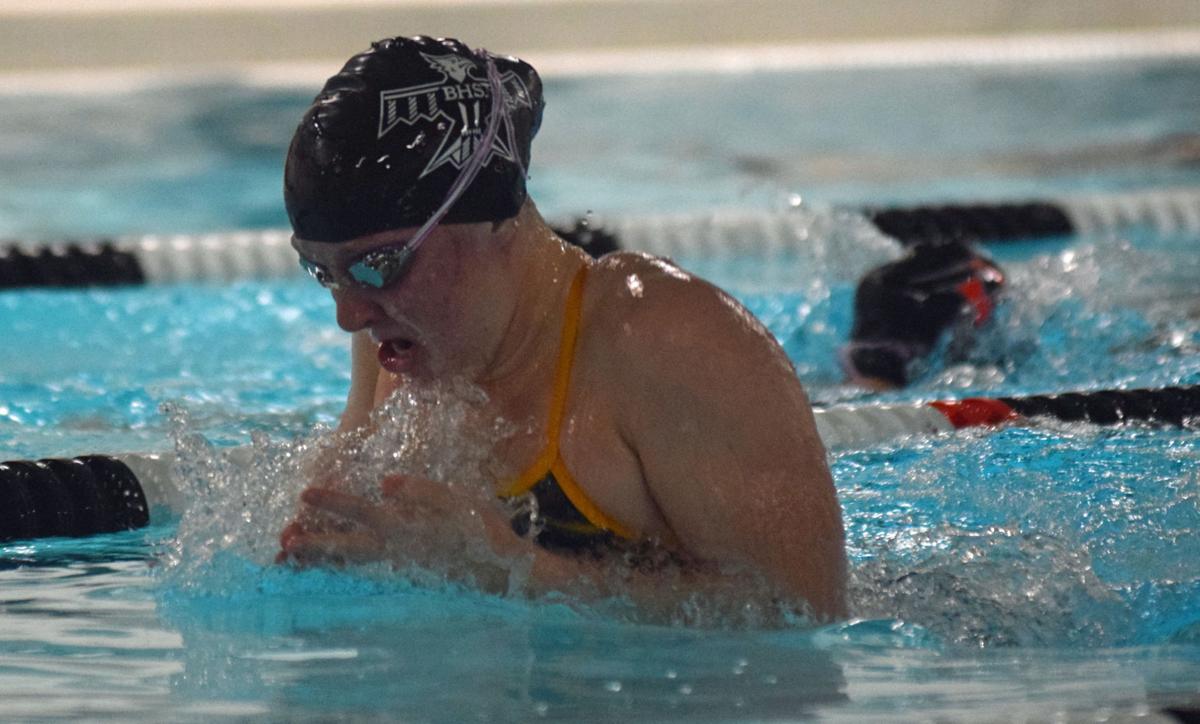 Baraboo's Ella Lohr takes a breath during the 100-meter breaststroke during Thursday night's dual meet against Portage at Rusch Elementary School in Portage. 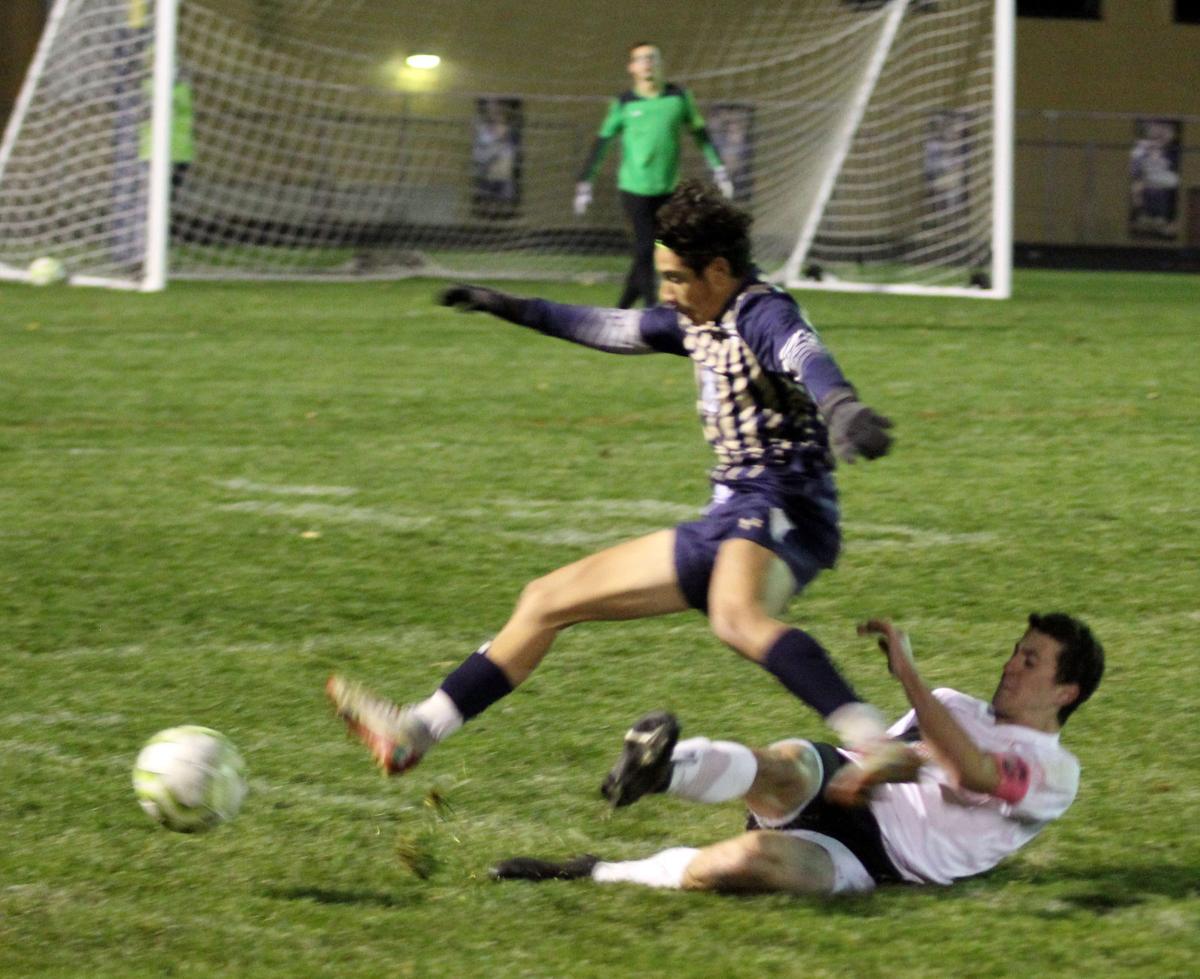 Baraboo's Johan Lopez is taken down during Thursday's home win over Portage. 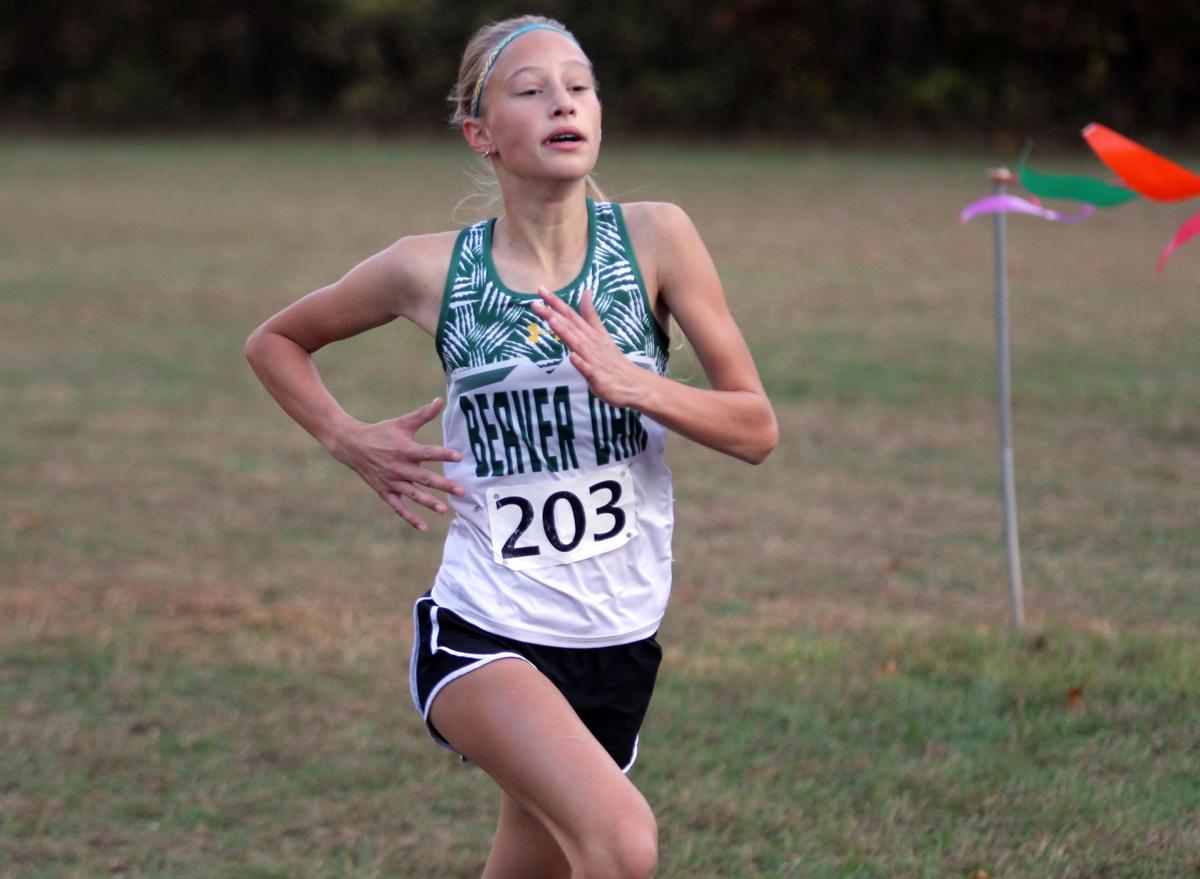 But Czarnecki’s Golden Beavers finished last in the five-team field, as Sauk Prairie placed five runners among the top 11 finishers to total 33 points.

In a gathering of Capitol Conference teams, the Deerfield/Cambridge boys had four of the top seven finishers and totaled 32 points to beat Poynette’s 54 and five other teams at Fireman’s Park. Junior Zach Huffman won the 5,000-meter race in 17:57, two seconds ahead of Poynette junior Tucker Johnson. Lakeside Lutheran freshmen Mark Garcia and Cameron Weiland took third and fourth (18:01 and 18:07), respectively.

In its first match in more than two weeks due to a COVID-19 shutdown, the Warriors (4-3 overall) swept the host L-Cats, 25-21, 25-22, 25-18. The winners got 12 kills apiece from Lily Schuetz and Ella DeNoyer and 39 assists from Kaylee Raymond. Lake Mills got 27 assists from Sydney Lewellin and 24 digs from Katelyn Kitsembel.

The visiting Beavers earned a 25-11, 25-11, 25-17 sweep of the Warriors as Macie Wieman had 11 kills and eight digs to lead the winners. Sydni Kratz had 16 assists and Emma Kreuziger eight kills for Reedsburg.

Kyle Main scored both of the game’s goals in the first half to lift the Warriors past the visiting Vikings. Ryan Punzel made 14 saves in the shutout victory.

Sauk Prairie’s Sam Drescher tied the game in the 35th minute, and the Eagles held on for a draw. Dylan Geske scored for Watertown.

Baraboo's Ella Lohr takes a breath during the 100-meter breaststroke during Thursday night's dual meet against Portage at Rusch Elementary School in Portage.

Baraboo's Johan Lopez is taken down during Thursday's home win over Portage.