The unusual WIAA fall sports season amid the ongoing COVID-19 pandemic soon will be complete.

Right around the corner is the winter sports season that figures to be even more unique — or strange — when practices are permitted to begin next week.

Like this fall, that doesn’t mean all area schools will be competing.

And it now comes amid the backdrop of Gov. Tony Evers announcing Tuesday night an executive order advising people in Wisconsin to stay home. The order didn’t mandate any new COVID-19 restrictions.

Depending on respective county health guidelines and school district decisions, some schools plan to begin practice on schedule and plan to compete right away; some are starting practices but are delaying competitions until it’s deemed healthy and safe; some will be in virtual practice situations until they get the go-ahead for competition; some have decided not to participate in certain sports; and some haven’t reached a decision.

Sun Prairie athletic director Eric Nee seemed to sum it up after he recently informed Sun Prairie families that the school district will begin its winter sports season on their scheduled start dates but suspended athletic competitions through Jan. 22, saying: “The start of the winter sports season will look vastly different than (the seasons) have in the past.”

Nee, of course, was referring to what Sun Prairie was planning for practices as a school in Dane County, with restrictive health guidelines. Working in small groups, limiting maximum participation to 10 at a time, splitting into fixed groups called cohorts, starting the season with all skill and drill work — not full practices.

Verona will delay the start of the winter season in boys and girls basketball, ice hockey and wrestling until the Public Health Madison Dane County guidelines allow, with those sports permitted to use in-person coaching contact days, according to Verona athletic director Joel Zimba.

Zimba said the gymnastics and boys swimming and diving seasons will begin at their usual times with “virtual meets.”

Zimba explained that in a virtual meet there is no travel and the schools compete within their own facility and share results. In gymnastics, officials would judge virtually.

The Badger Conference, Big Eight Conference and Rock Valley Conference have announced they won’t hold conference competitions and won’t crown league champions this winter, but individual schools can determine their winter plans depending on county and school district guidelines.

Co-op details likely will be determined this week, Schlitz said.

Janesville Craig athletic director Ben McCormick said Friday: "Janesville is allowing competitions starting Dec 1, 2020 as long as we are having in-person school.  If schools move to all virtual instruction, sports will 'pause.'''

The 16-school Badger Conference, as in the fall, will have schools competing right away and others that do not. The conference spans seven counties, including Dane County, which means not all the schools can participate or compete fully from the start of the winter sports season. Seven of the conference schools are in Dane County.

Madison Edgewood, a Badger Conference school in Dane County, received approval last week from its Board of Trustees to move ahead with winter sports, but the school had to figure out where it will practice and play, including looking at out-of-county sites.

Portage is one of the Badger Conference schools planning to move ahead with winter sports scheduling.

The schools in the State Journal coverage area were surveyed for updates and here is a sampling of respondents and other reports from this week (not all responded, not all have decided):

Janesville Craig and Janesville Parker — The Janesville school board meeting was postponed until Thursday. Winter sports were expected to be discussed.

Update: The Janesville school board decided Nov. 12 that sports competitions could begin Dec. 1.

"Janesville is allowing competitions starting Dec 1, 2020 as long as we are having in-person school.  If schools move to all virtual instruction, sports will 'pause.'''

Practices will be in-person.

The boys and girls hockey co-ops are the same as in the past, with all schools planning to participate.

Monroe — Monroe plans to start all winter sports on Dec. 14 for practices and Dec. 28 for competitions, activities and athletic director Jeff Newcomer said.

Mount Horeb — As a school in Dane County, it follows the county health parameters. Competitions aren’t on the calendar at this time, activities director Kolleen Nesheim said.

Gymnastics, basketball and wrestling will begin practice on WIAA dates, practicing in-person but following health guidelines, including 6 feet of social distancing and wearing a mask, which will limit drills, she said. Gymnastics will be able to accomplish more because rotations can been done individually, she said.

Boys swimmers will travel to Verona for their practice routines, while hockey players travel to Sauk Prairie, she said.

Symptom checks are scheduled to be done on a daily basis.

Oregon — Oregon previously announced to its families that it planned to “suspend all high school and middle school winter sports competitions until allowed by Public Health Madison and Dane County. We realize that our current situation is not easy for any of us and has been extremely challenging for our students, parents, and coaches.”

Sauk Prairie will have similar protocols and guidelines for each sport and for game day (spectator limitations), he said.

“Coaches are going start working on sport and program fundamentals and we will progress from there as we are able to,” Dow said.

“Mandates prevent us from playing games or holding competitions at this time. Our intention at this time is to start our winter sports with practices as planned in conjunction with the WIAA schedule while still following the Dane County guidelines. These restrictions include limits to the number of participants at one time and the safety and sanitation procedures until the mandate is lifted allowing us to resume competition.”

Games initially are postponed until the Dane County restrictions are lifted, according to Dow: “We will utilize the ability to work on sport specific skills and team strategies within practices while following current guidelines to prepare our kids for a return to competition when possible.”

As far as postseason, he said: “Upon return to interscholastic competition during the regular season, we intend to provide our students and teams the opportunity to compete in these traditionally attended events.”

As far as practices, he said: “Until the Dane County order changes, we will be limited to 10 students in an indoor practice/space initially.”

Watertown — Watertown plans to conduct winter sports, as it did in the fall, Watertown athletic director Jamie Koepp said.

Girls and boys basketball teams will begin practices and game competition on schedule, and hope to play a full schedule through the WIAA culminating event, Jahns said. Home events will have spectator restrictions (about four spectators per player and coach) and follow conference guidelines.

Jahns said Watertown Luther Prep has withdrawn from league play to play as an independent this season.

Wrestling also will begin as scheduled at Lakeside Lutheran, wrestling one dual per week leading up to the WIAA culminating event.

Lodi — Lodi is planning on playing winter sports from the start, Lodi athletic director Sue Meffert said. Hockey is the only sport in question right now due to host schools being in Dane County.

Lodi will be able to start competitions the week of Dec. 7.

Basketball and wrestling will have in-person practices. Lodi will have cohorts of no more than 12 student-athletes and will try to minimize contact within programs, Meffert said. Basketball teams will have maximum rosters of 12. Wrestling will be broken into cohorts of five to six.

Lodi can play and practice in its district and travel for competitions.

Masks will be required of all participants and attendants, regardless of a mask order in the Capitol Conference, she said.

Wrestling will be dual matches and will have six to seven days between matches as a high contact sport, she said.

“We will likely move forward with our hockey co-op, which is hosted by DeForest, as long as we secure ice time outside of Dane County,” McCracken said.

Wisconsin Heights basketball teams practice under Public Health Madison & Dane County guidelines. To compete, they will have to travel outside of the county, which its school board will decide Nov. 23, Pickett said.

McFarland, in Dane County, will follow PHMDC guidelines for practices, and because of that the school won’t be able to play host to any competitions at this time, Ackley said.

In a letter to families, he wrote: "Unfortunately, the restrictions have not changed and COVID-19 metrics continue to worsen. With the current Dane County restrictions on gatherings and athletic competitions, with the county limitations on basketball specifically (please see the following link: Dane County Sports Guidance), and in an effort to keep our school and community as safe as possible, we will not be playing basketball games this winter. Yes, there’s always a possibility that the guidelines will change, but right now the chances of that happening remain small. Furthermore, MAISL has postponed their season for sure until late January, and will only play at that point if the Dane County restrictions loosen."

“Under the guidance of our MCDS medical advisory group, we have decided to not participate in any competition this basketball season,” Clements said.

The school is following the county health guidelines for sport and the indoor capacity limits of 10 student-athletes per space.

River Valley — River Valley announced that it switched to virtual school this week, but planned to continue with extracurricular activities.

The COVID-19 pandemic changed the way some schools were able to recognize their athletes who were signing with universities when this National Letter of Intent signing period began Wednesday.

Quarterback Mason Folkers and receivers Ben Newton and Jackson Trudgeon lead the Edgewood offense, while the Crusaders' defense comes up with big plays in securing the win.

More than 500 purple ribbons adorn residences around Stoughton, letting Vikings athletes know their supporters will be ready when sports return.

Snow, rain, even more thunderstorms all possible through weekend for southern Wisconsin

With highs in the 30s, 40s and 50s, southern Wisconsin could see a variety of weather over the next few days, according to forecasters.

Lakeside Lutheran scored 24 points in the first quarter, including two touchdowns on fumble recoveries that were returned for touchdowns by the Warriors' defense.

The Demons went 12-0 in the league this year, but expect a challenge this season from a deep Palmyra-Eagle squad 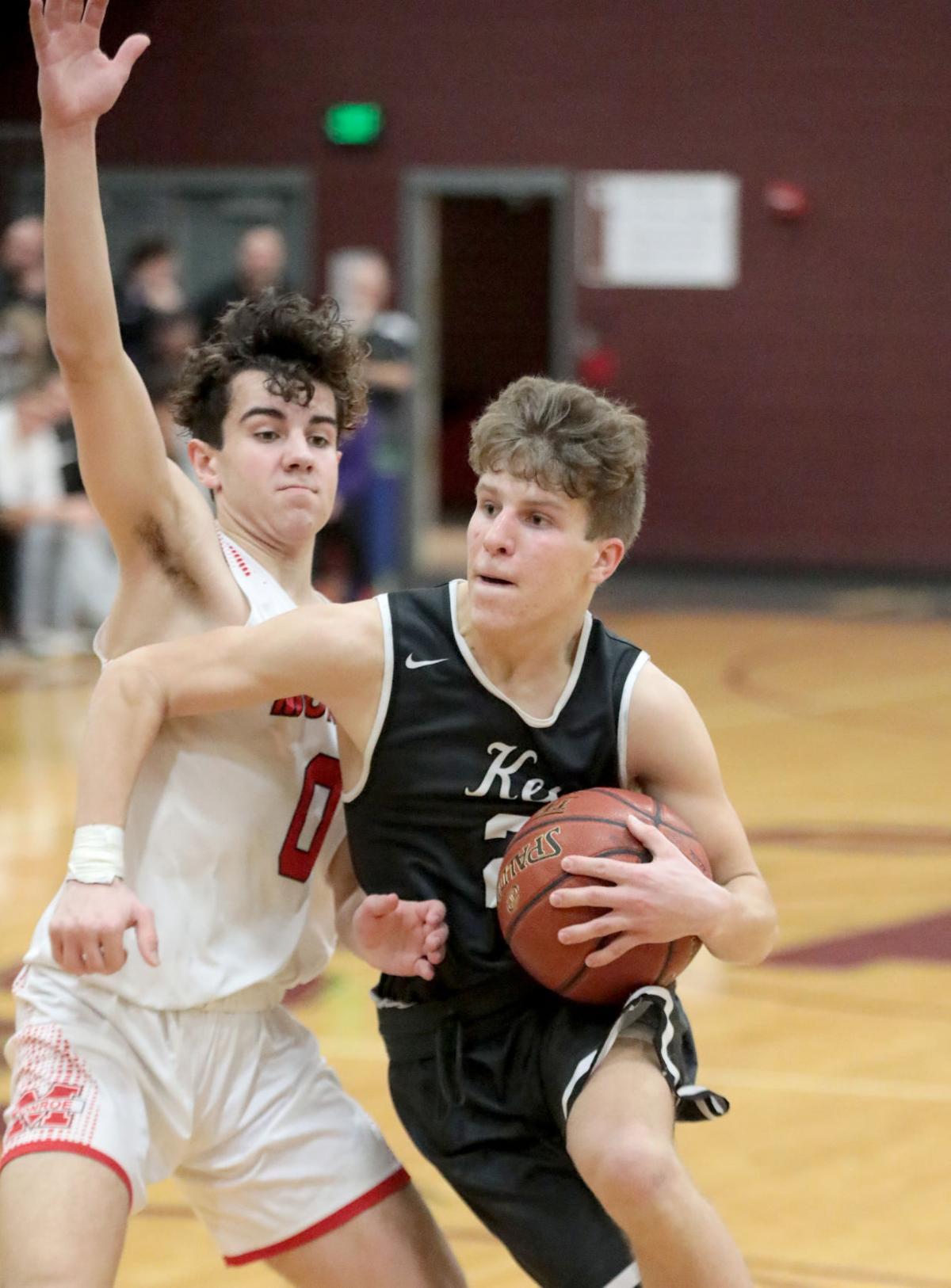 Waunakee's Jaxson Zibell (2) drives around the defense of Monroe's Carson Leuzinger (0) during the second half of Monroe's 70-68 first-place win over Waunakee in the Badger Challenge boys basketball tournament at Madison Edgewood in Madison, Wis. Saturday, Jan. 25, 2020. JOHN HART, STATE JOURNAL 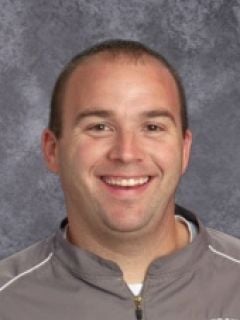 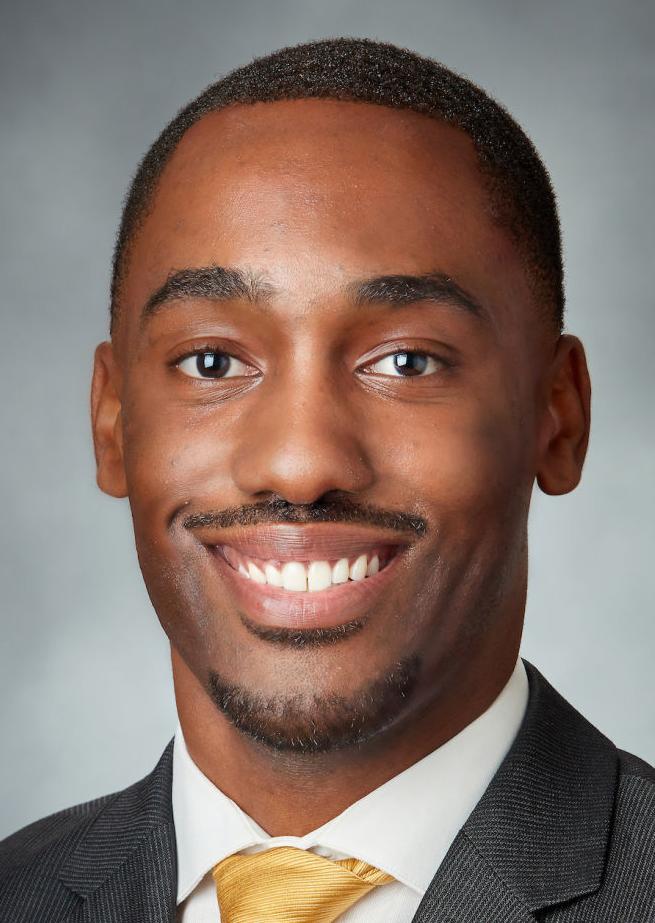 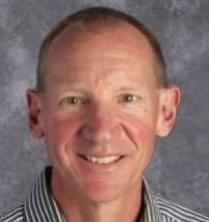 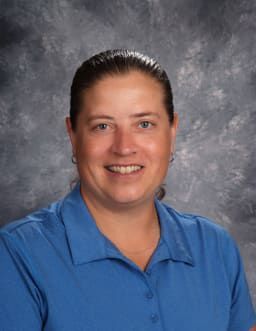 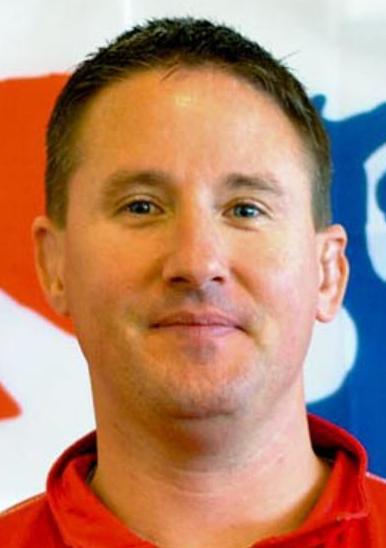