Prep girls track and field: Madison La Follette's Kiara Lee is all business when it comes to jumping
Share this
{{featured_button_text}}
1 of 2 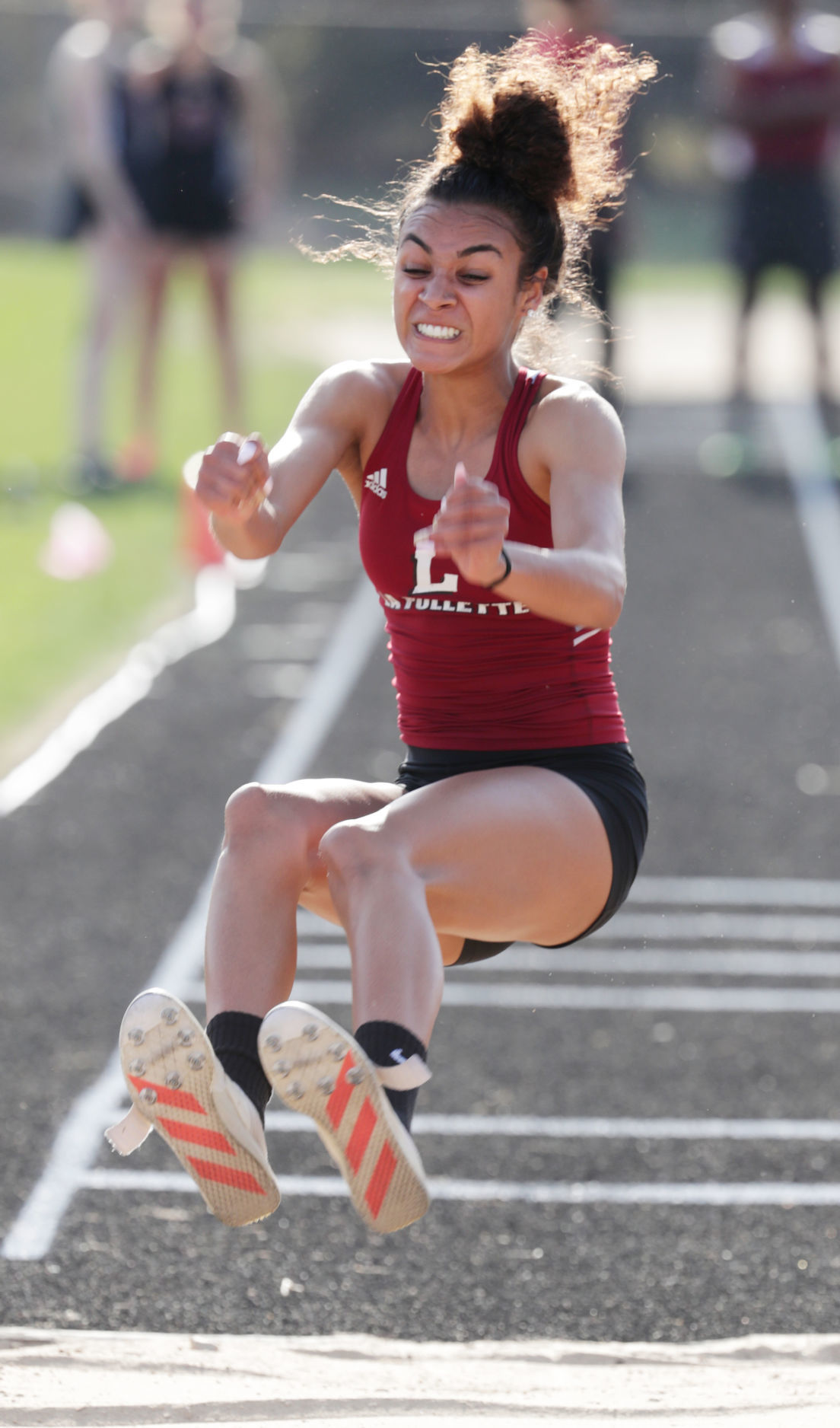 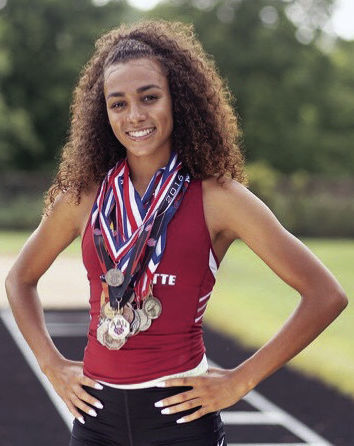 No matter the event, the stage nor the competition, Kiara Lee is poised for another standout season.

Lee is in her senior year with the Madison La Follette girls track and field program, specializing mostly in jumps but also running relays and open races.

Last year, she won the triple jump by posting a mark of 40 feet, ¼ inch in her final attempt at the WIAA Division 1 meet in La Crosse.

“All the goals I’ve set, I’ve accomplished them,” said Lee, “I’m trying to go undefeated and break all the meet records, and win state in both the long jump and triple jump.”

Lee said she doesn't allow her high marks to create a burden. “It keeps me motivated and pushes me at meets to jump farther with all the competition, especially after last year,” she said.

Her jumps coach, Javell Heggs, noticed the determination and intensity when Kiara was in a youth track and field meet as an eighth-grader, showing such intensity that a La Follette jumper pulled out her phone and made a video. Heggs, as well as the other coaches, experienced the results of that tough mental approach during Lee's freshman year, when she took second at state in the triple jump with a 37-10¾ mark.

Her temperament was tested when she was a sophomore, as she was running a 100-degree fever during the state meet. Despite that, she still claimed another silver medal, in the triple jump clearing 37-11¼.

“She’s one of those kinds that doesn’t want to leave the track,” Heggs said. “Her work ethic is something else. It’s unbelievable.”

Heggs has been coaching at La Follette since 1999 and has gotten jumpers to the state meet for 18 consecutive years. He hails from St. Louis, where the triple jump is a big deal.

And he believes that Kiara could be the best that’s ever come through the school.

Lee is already La Follette’s record holder in both the triple and long jump, claiming both last year.

Said Heggs: “When it comes to attitude, work ethic, and helping other kids out, she may be the best, and it shows with the other kids that follow her.”

And when she’s not training and competing, she’s making her teammates laugh.

“Ki is the funniest person I know,” said Ayona Johnson, a shot put and discus athlete that gets to be around Lee a lot during practice.

“Off the track, she’s the most laid back and relaxed person ever,” added Johnson.

But on the track, Kiara is all business.

Said Johnson: “She is always super-focused, which makes the people around her better. She works harder than anyone I know, and that’s why she’s the best. She sets the standard for everyone around her.”

Said Lee: “I get really serious and focused. I want to make sure I’m executing the jump and working on technique.”

Next year, Lee will be jumping and running with the University of Central Florida track and field team.

This year, she already won the triple jump with a 38-3½ mark at UW-Whitewater's Nelson-Daniel Classic. She also took first in the long jump at the Madison Indoor City Championships, clearing 17-11¾ mark.

“I’m self-motivated, I don’t really need competition," Lee said. "I just do it.”

More in Road to La Crosse: Read the coverage leading up to the 2019 WIAA state track and field meet (16 of 19)

The Cardinals should have the best distance crew around, following last fall’s runner-up performance in the WIAA Division 1 state meet.

Lee repeated as the Division 1 triple jump champion and established an all-divisions record when she leaped 41 feet, ¾ inches on her sixth and final attempt Saturday at UW-La Crosse’s Veterans Memorial Stadium.