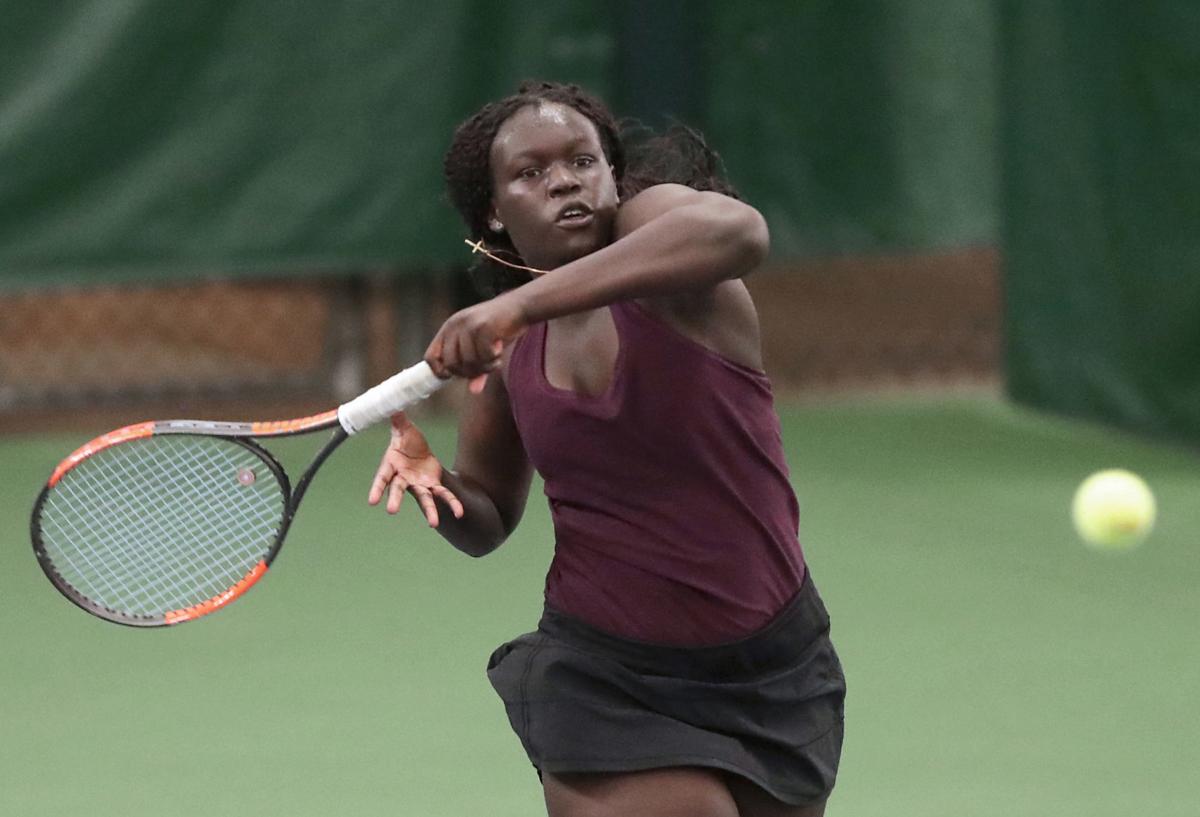 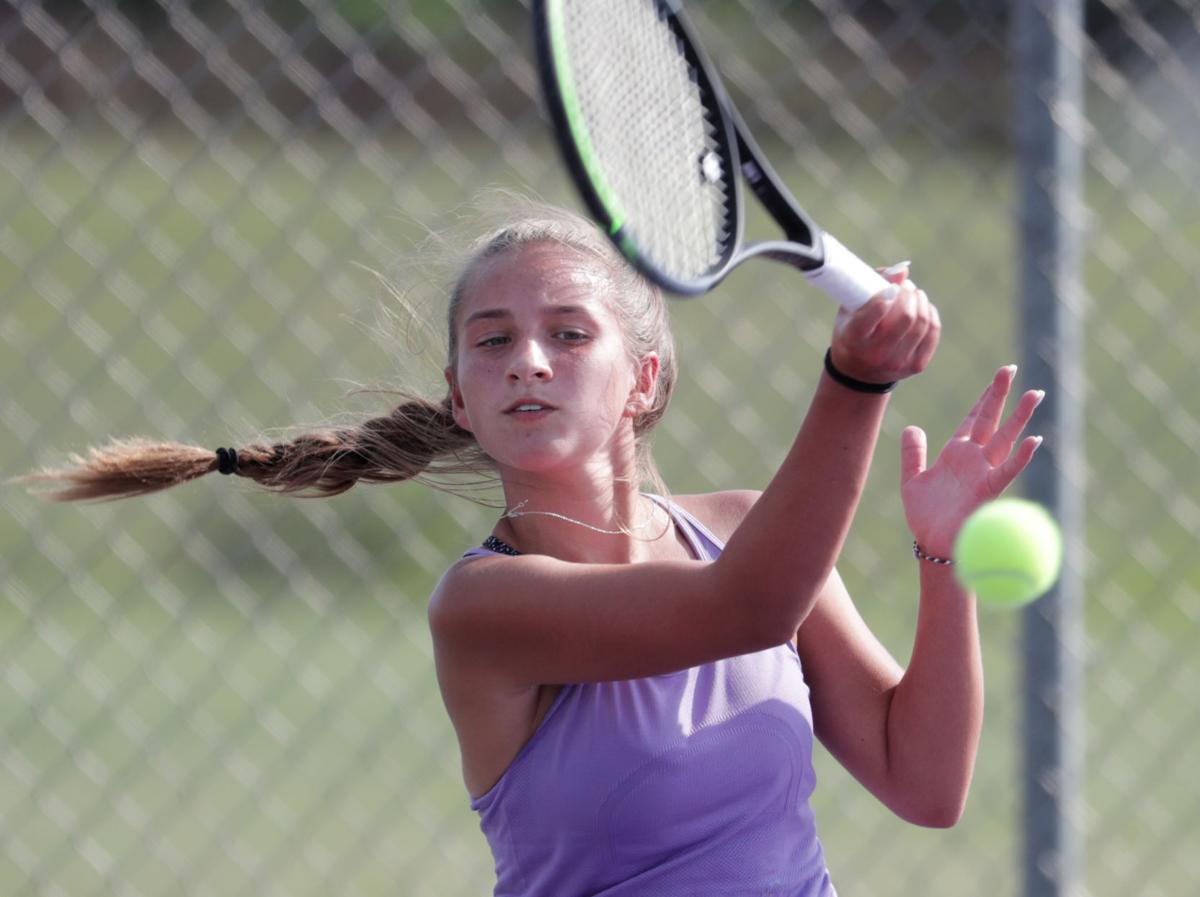 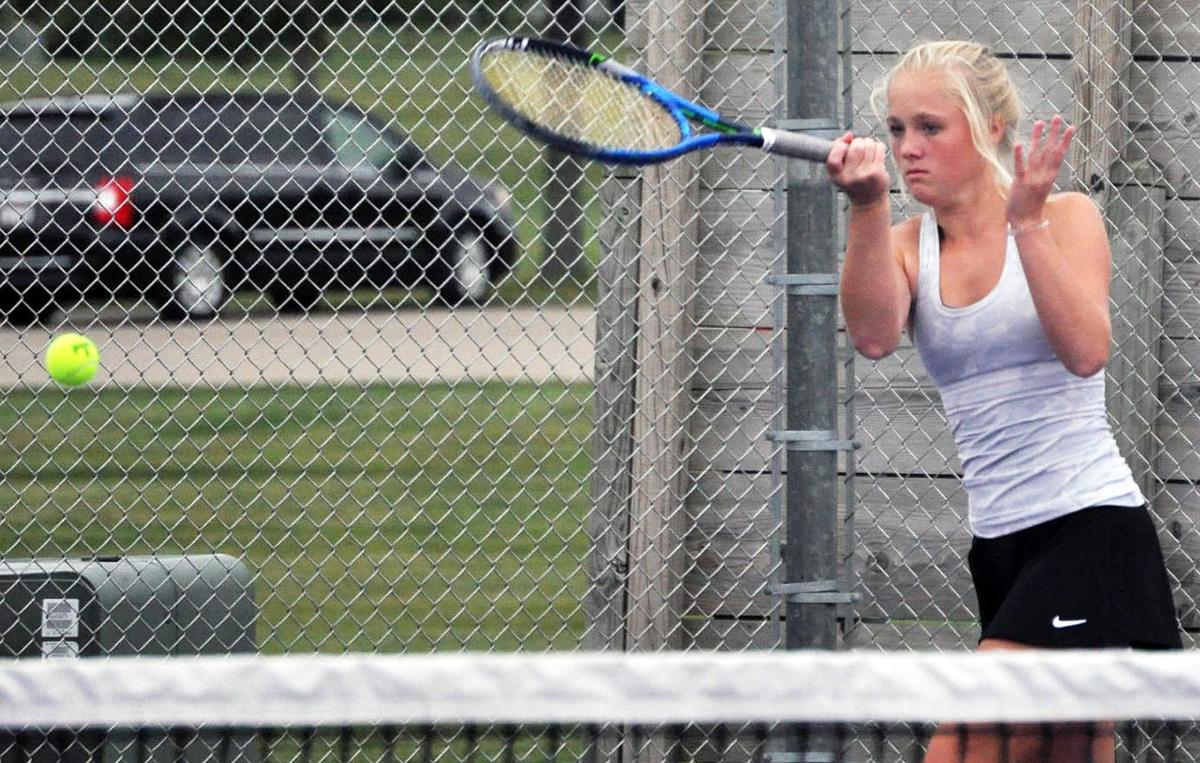 Waunakee senior Sara Sowinski makes a return shot during a regular-season singles match. Sowinski hopes to team up with Gretchen Lee to earn a state doubles berth on Wednesday at Oconomowoc.

One area Division 1 singles player and two area doubles pairs have been added to the field for the WIAA state individual girls tennis tournament, which will run Thursday through Saturday.

Madison Edgewood senior Baluck Deang (9-1), the defending Division 2 singles champion, earned the No. 1 seeding in the Division 2 bracket and will open tournament play on Friday morning.

Deang and Schmidt are the only area qualifiers in Division 2 singles. The only area players in the Division 2 doubles bracket are additional qualifiers: Sophomore Samantha Buchner and junior Maeve Shanahan of Madison Edgewood (1-3).

Iderzul (16-1) earned the No. 5 seeding and could meet Fuchs in the quarterfinal round if both win their first two matches.

Also in Division 1 singles, Waunakee freshman Claire Jaeger (13-0) qualified through her sectional performance and Watertown senior Aubrey Schmutzler (12-5) was added to the field as an additional qualifier.

In Division 1 doubles, both area qualifiers come from Waunakee, which didn’t even play any doubles matches during the regular season. The Warriors’ automatic qualifier was their pair of senior Sara Sowinski and sophomore Gretchen Lee (3-1), and additional qualifiers were juniors Jadyn Statz and Danielle Rogers (3-1).

Waunakee senior Sara Sowinski makes a return shot during a regular-season singles match. Sowinski hopes to team up with Gretchen Lee to earn a state doubles berth on Wednesday at Oconomowoc.