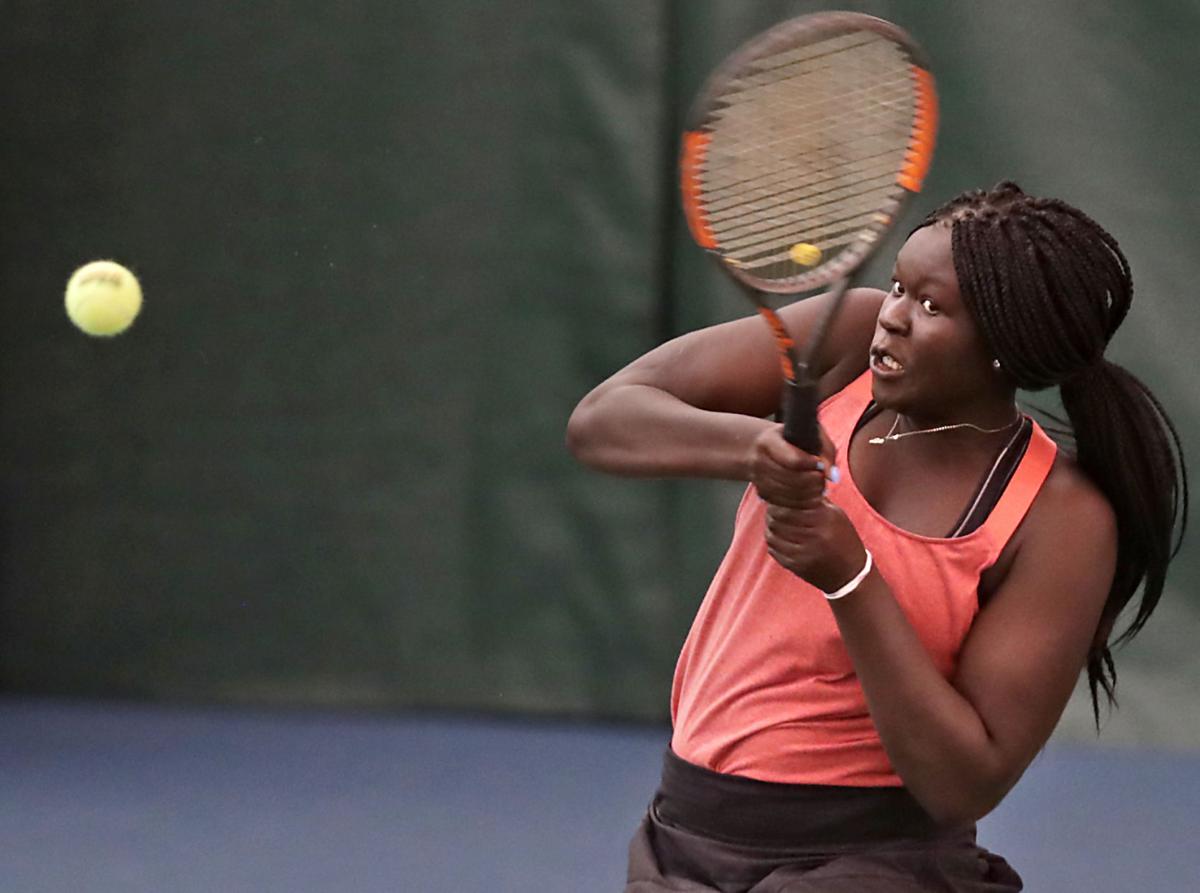 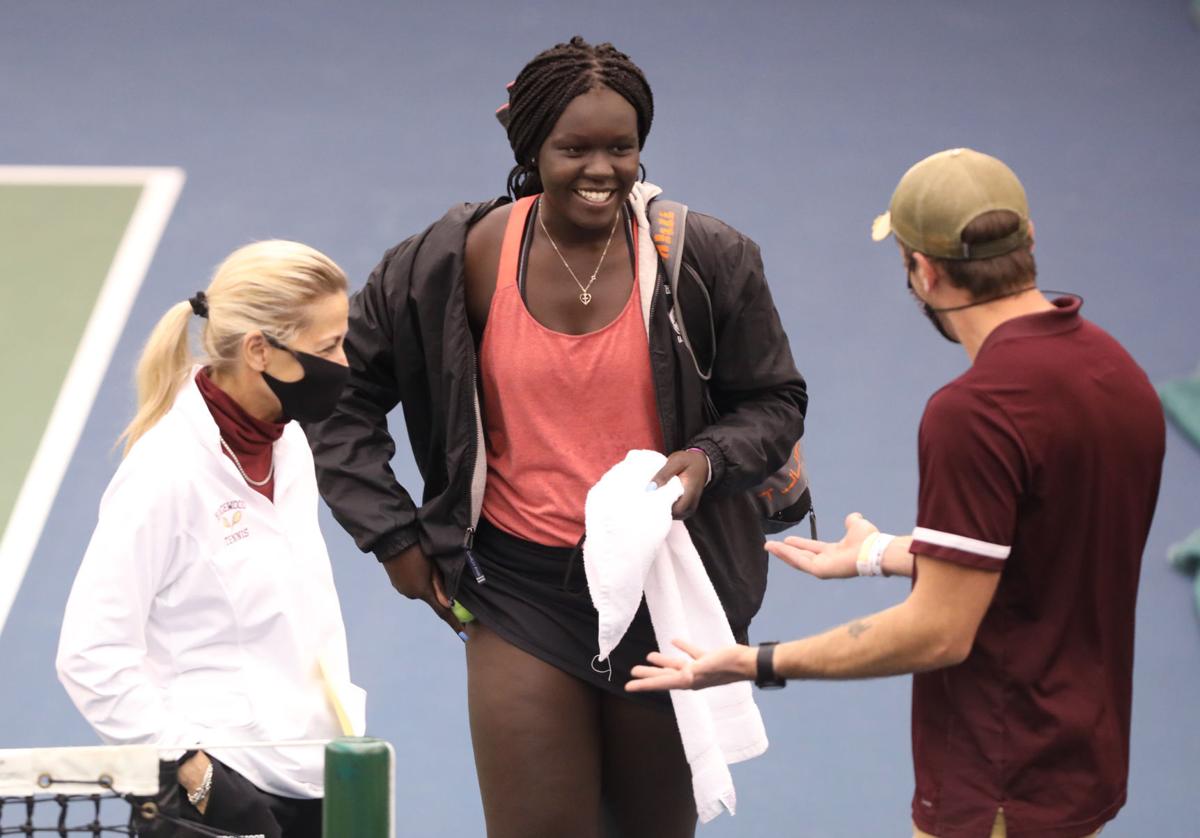 KOHLER — As the state’s defending singles champion in WIAA Division 2 girls tennis, Madison Edgewood senior Baluck Deang hoped there would be a season for the Crusaders and a culminating event this fall amid ongoing COVID-19 concerns.

State championship events weren’t permitted at Nielsen Tennis Stadium in Madison, but they indeed were held.

And the top-seeded Deang — a left-hander with a powerful forehand, an improved backhand and nifty serve-and-volley skills in her arsenal — wasn’t about to miss out on her opportunity.

“I have thought a lot about my last moments of high school tennis,” she said.

The 6-foot Deang earned a 6-3, 7-5 victory over second-seeded Erika Curtin, an Appleton Xavier senior, in the championship match Saturday afternoon at Sports Core in Kohler. The hard-hitting Deang (13-1) swept the final four games after Curtin (14-1) seized a 5-3 lead in the second set of the slugfest.

And while it was difficult to see her smile behind her “Black Lives Matter” mask, Deang definitely was ecstatic.

There was no formal WIAA awards ceremony due to COVID-19 and elbow bumps became the norm for congratulations between coaches and players. No spectators were permitted at Sports Core (two spectators per player were allowed in Lake Geneva, where Division 1 was played).

That left Deang’s mother, Willma Joshua, to wait outside the facility during the competition and watch the match via live-stream on her phone, Deang said. Other friends and family were following along at a distance, too, holding a Zoom party, she said.

“It was hard, especially because I couldn’t have my parents here to enjoy that high school experience with me, being this is their last kid playing tennis in high school, and especially not having my teammates being able to cheer for me,” she said. “But I know they are cheering for me spiritually, with my family members and friends.”

“The fans are loud and it’s intense (at Nielsen),” Mory said. “You have that special aura that you feel when you go on the court. But everything has been different this season. … I thought Baluck persevered through it so well and zoned in on what she had to do.”

Curtin, half of the Division 2 state champion doubles team last year, anticipated Deang would fight hard to come back.

“I think I played well,” Curtin said. “She hits it really hard and she’s really tall, so she gets to everything. She’s got the lefty serve, so it’s hard to break her.”

Earlier Saturday, Deang claimed a 6-4, 6-4 semifinal victory over Waukesha Catholic Memorial senior Lauren Carson, the fourth seed. Deang fell behind 4-3 in the second set, which led to a pep talk from Mory, who reiterated those words in the final.

“I just went out and told Baluck to play her game, keep the intensity up, keep the feet moving,” Mory said. “I definitely thought that was a really important thing she got back when she was down 5-3 (in the final), and she really took that to heart. I could tell a big difference after that. Her intensity got back up, and she was lot more smooth, a lot more relaxed, and that was important in her winning the next couple games.”

Fuchs said early in the season that she hoped to finish in the top eight in state in singles, after she and her older sister Cecile Fuchs won the Division 1 doubles championship last year.

DeForest senior Samantha Fuchs, the fourth-seeded player, moves on in singles with a straight-set victory in Division 1 competition in Lake Geneva.

The senior, last year's state champion, is two victories away from a championship repeat

Badger Conference schools will be allowed to set up non-conference schedules under local and county health guidelines, but no championships will be awarded for winter sports.

The Madison Metropolitan School District announced Monday it will not hold any programming or winter athletics in person through Jan. 24. Other Big Eight schools — including Middleton, Sun Prairie and Verona — released their current plans for winter sports.