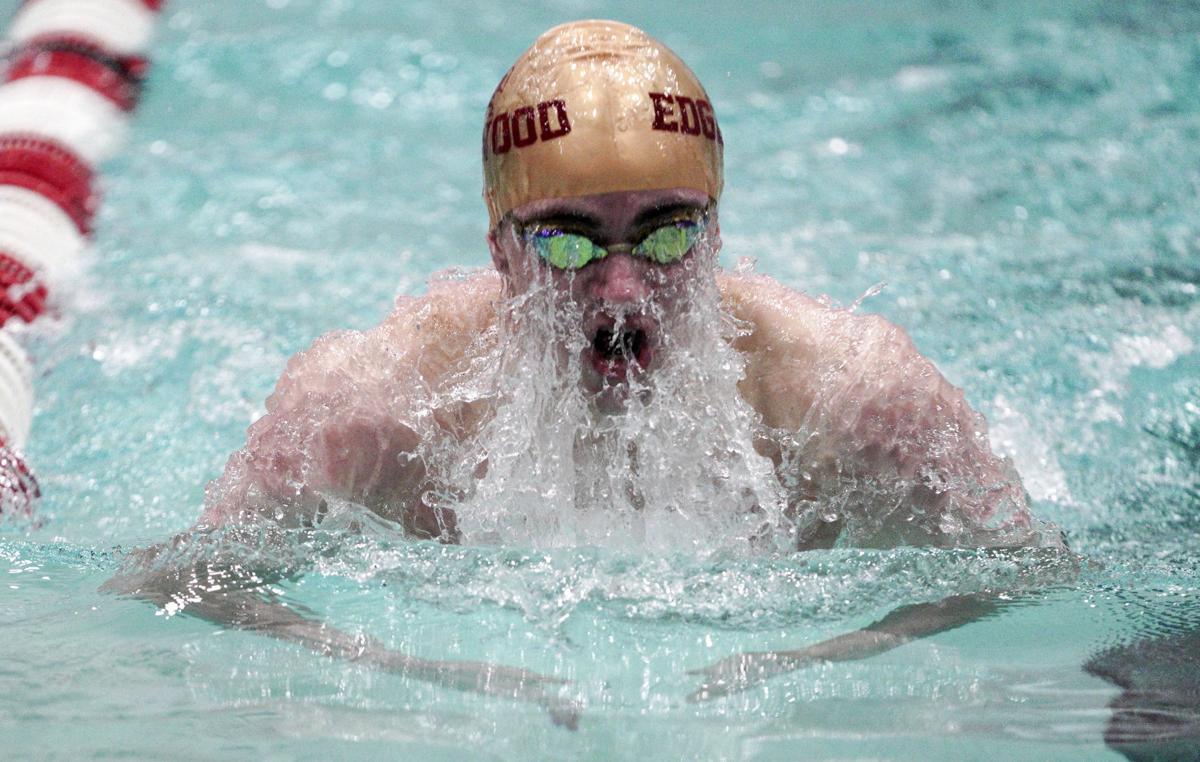 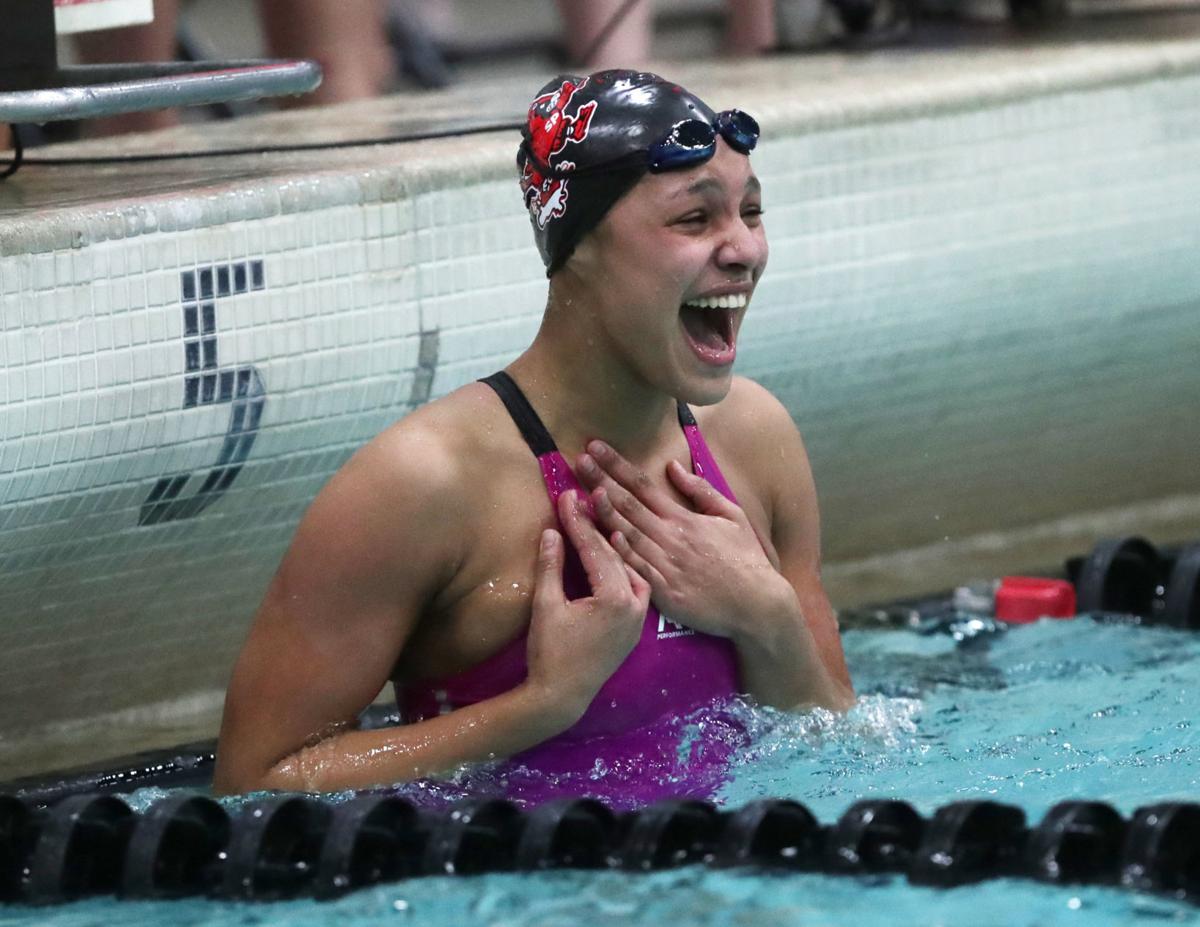 Sun Prairie's Sophie Fiske reacts after winning the 50-yard freestyle in 22.93 seconds during the WIAA Division 1 girls state swimming and diving meet at the UW Natatorium on Nov. 16. AMBER ARNOLD

The Crusaders were rewarded with numerous honors in Division 2 from the Wisconsin Interscholastic Swim Coaches Association.

In Division 1, Middleton’s Danny Lynam was named boys swimming coach of the year by WISCA after leading the Cardinals to their first WIAA Division 1 state title during the winter sports season.

Edgewood claimed six of the eight awards in Division 2.

Anna teDuits won the 200-yard individual medley, senior Maeve O’Driscoll was first in the 50 freestyle and the top-ranked Crusaders swept the three relays, including setting two new state records, during a dominating performance.

The Edgewood boys won the Division 2 state title for the second consecutive season during the winter sports season.

Swimming personal-best times in his individual events, UW commit Truman teDuits defended his state title in the 200-yard individual medley and matched the state-record time in winning the 100 butterfly. He also was part of the Crusaders’ victorious, record-setting 200 medley relay and their triumphant 400 freestyle relay.

Edgewood finished with 293 points, pulling away from runner-up Cedarburg (265) in the final four events. Stitgen won the diving title for the third consecutive year and senior Nate Frucht defended his title in the 200 freestyle. Edgewood won six events overall.

In Division 1, Lynam directed Middleton to its first state title in boys swimming and diving after second-place finishes the past two years. Second-ranked Middleton used its depth to finish with 228 points, six points better than top-ranked Waukesha South/Catholic Memorial.

The Cardinals finished second in the 400-yard freestyle relay, the meet’s final event. That was Middleton’s top placing.

Fiske, a Sun Prairie junior and UW recruit, made four visits to the top of the awards stand at the Division 1 girls state meet.

She defended her individual titles in the 50 and 100 freestyle events and was the anchor of Sun Prairie’s victorious 200 and 400 free relays.

D1 girls diver of the year: Av Osero of Neenah

The crown comes after the Cardinals finished second the past two years in the WIAA Division 1 meet.

The Crusaders are seeking a boys swimming coach after Lindstrom guided Edgewood past runner-up Cedarburg and to a repeat title at the state meet in February at the University of Wisconsin Natatorium.

Junior Sophie Fiske defended her individual titles in the 50 and 100 freestyle events and was the anchor of Sun Prairie’s victorious 200 and 400 free relays.

The Crusaders pile up 290 points to easily hold off runner-up McFarland, which finishes with 163.5.

Sun Prairie's Sophie Fiske reacts after winning the 50-yard freestyle in 22.93 seconds during the WIAA Division 1 girls state swimming and diving meet at the UW Natatorium on Nov. 16. AMBER ARNOLD