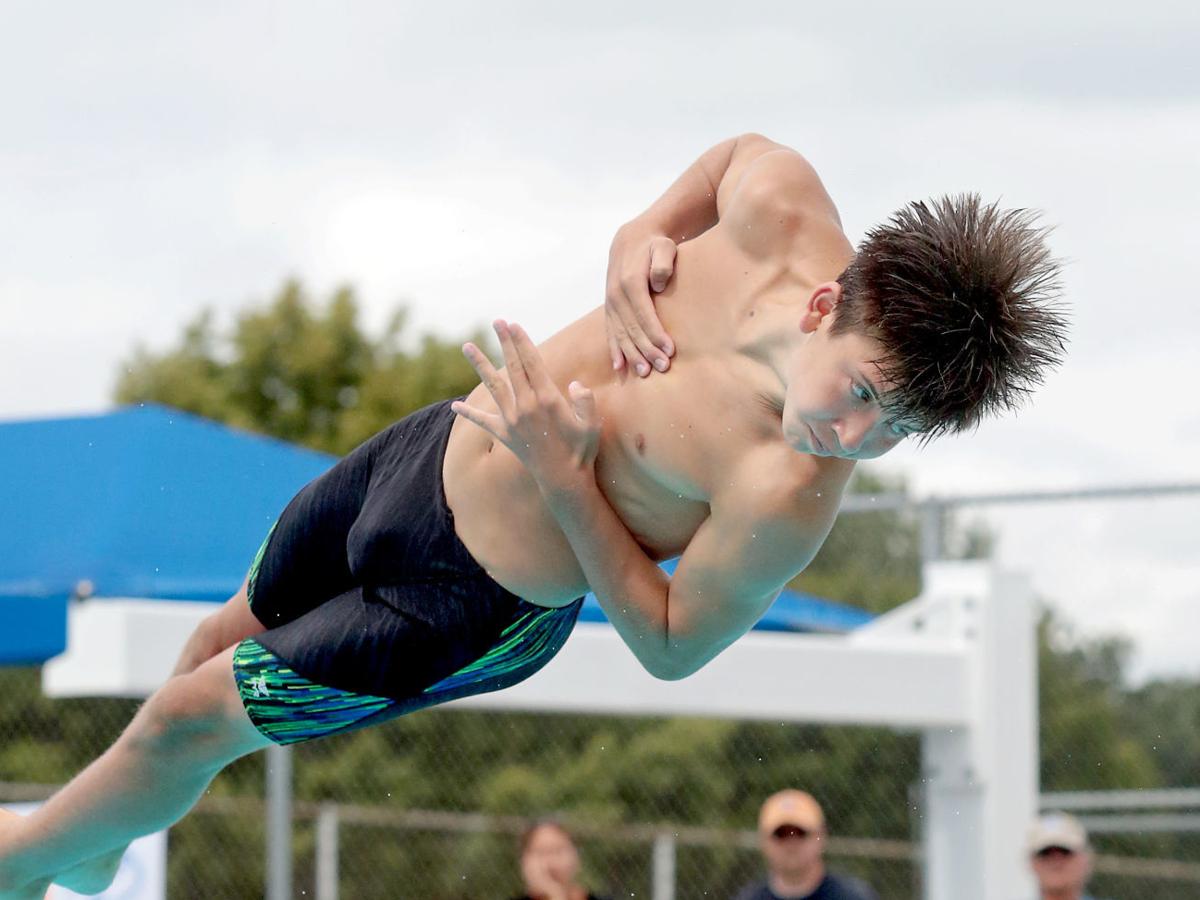 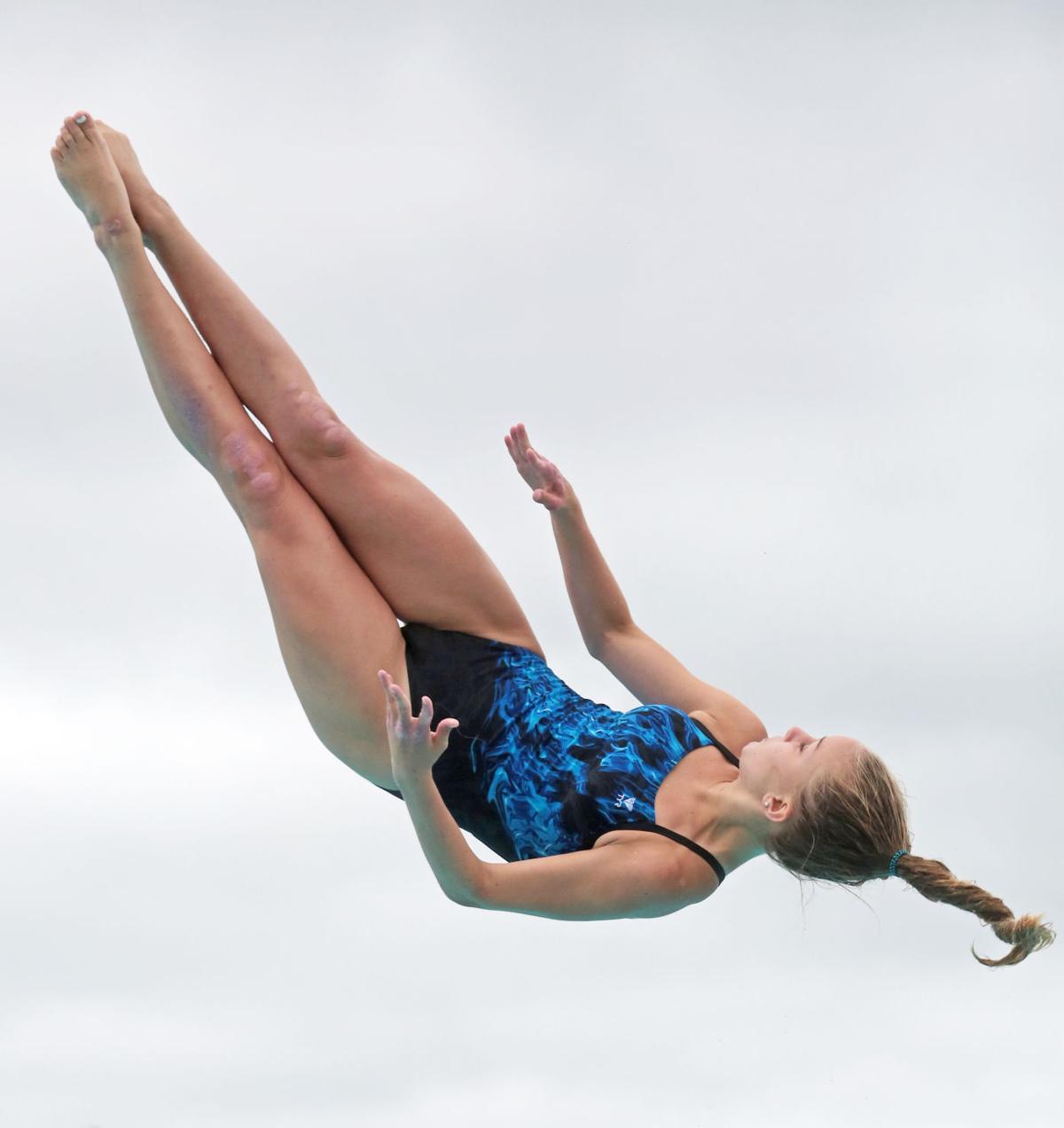 Trinity McNall of the Monona Swim Club competes in the girls 13-14 division of the All-City Dive Meet on Monday at Monona Pool.

MONONA — Winning at the All-City Dive Meet is nothing new for Seminole’s Ben Stitgen.

A year after breaking a 43-year-old record in the boys 11-12 age group, Stitgen won a city title for the fourth consecutive season on Monday.

In his first year competing in the 13-14 division, Stitgen blew away the field to post a score of 256.70, 40 points ahead of second-place finisher James Stadler, of Hill Farm, at Monona Community Pool.

Stitgen has now won in all four age groups he has competed in since first taking home the title in the 10-and-under division in 2014.

Elsewhere on the boys side, Drew Bennett of Parkcrest broke the record Stitgen set last year in the 11-12 division.

Bennett set the mark with a score of 236.65, ahead of second-place Evan Prince, also of Parkcrest, who finished with 193.90.

Monona’s Trinity McNall earned the girls 13-14 crown for the second straight year with a score of 219.90.

The competition concludes today with the 15-18 and 10-and-under groups.

Swimming competition will run Thursday through Saturday at Maple Bluff.

Competitors in the 2017 All City Dive Meet demonstrate their skills during the opening day of the two-day event at the Monona Pool.

Trinity McNall of the Monona Swim Club competes in the girls 13-14 division of the All-City Dive Meet on Monday at Monona Pool.