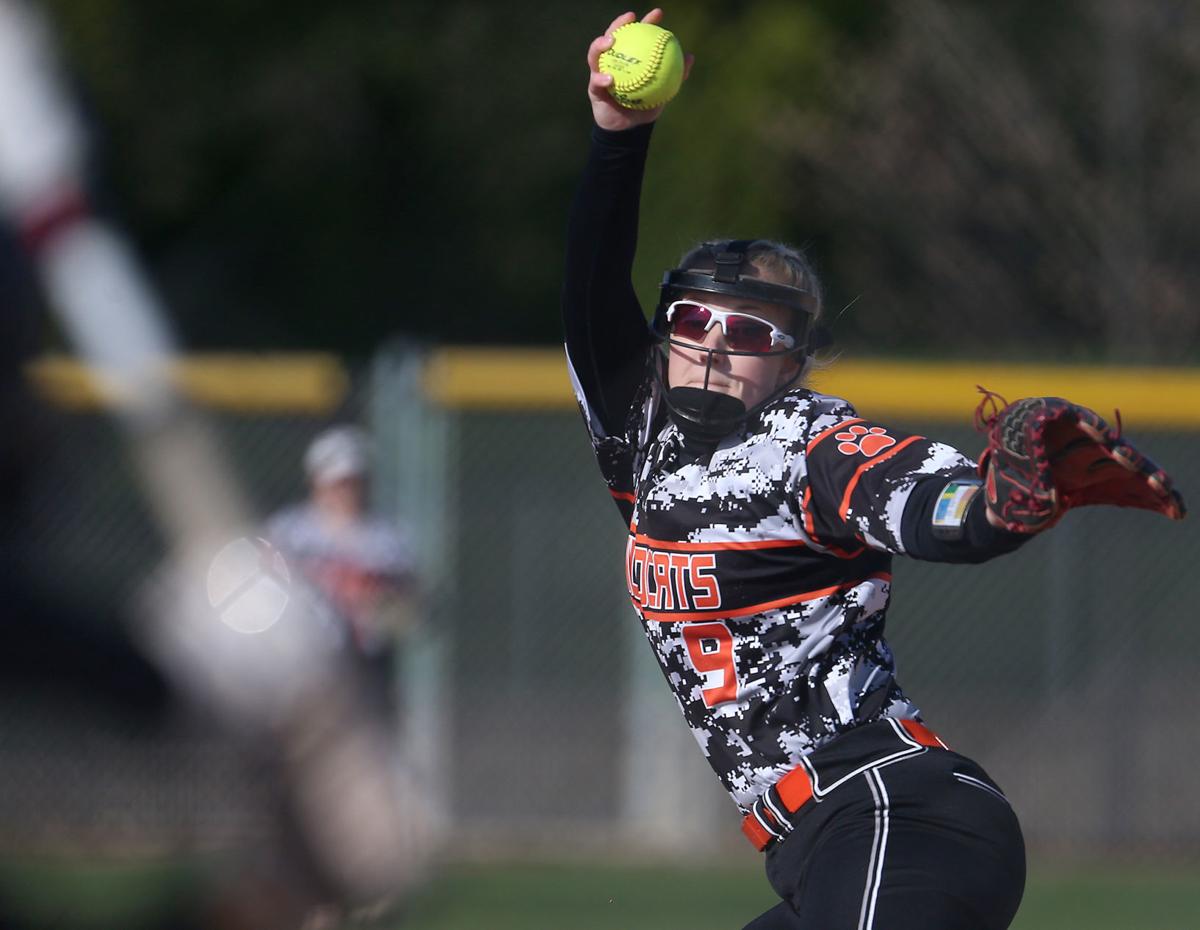 Verona's Meghan Anderson used her fastball, changeup and riseball to strike out seven and allow only one baserunner. 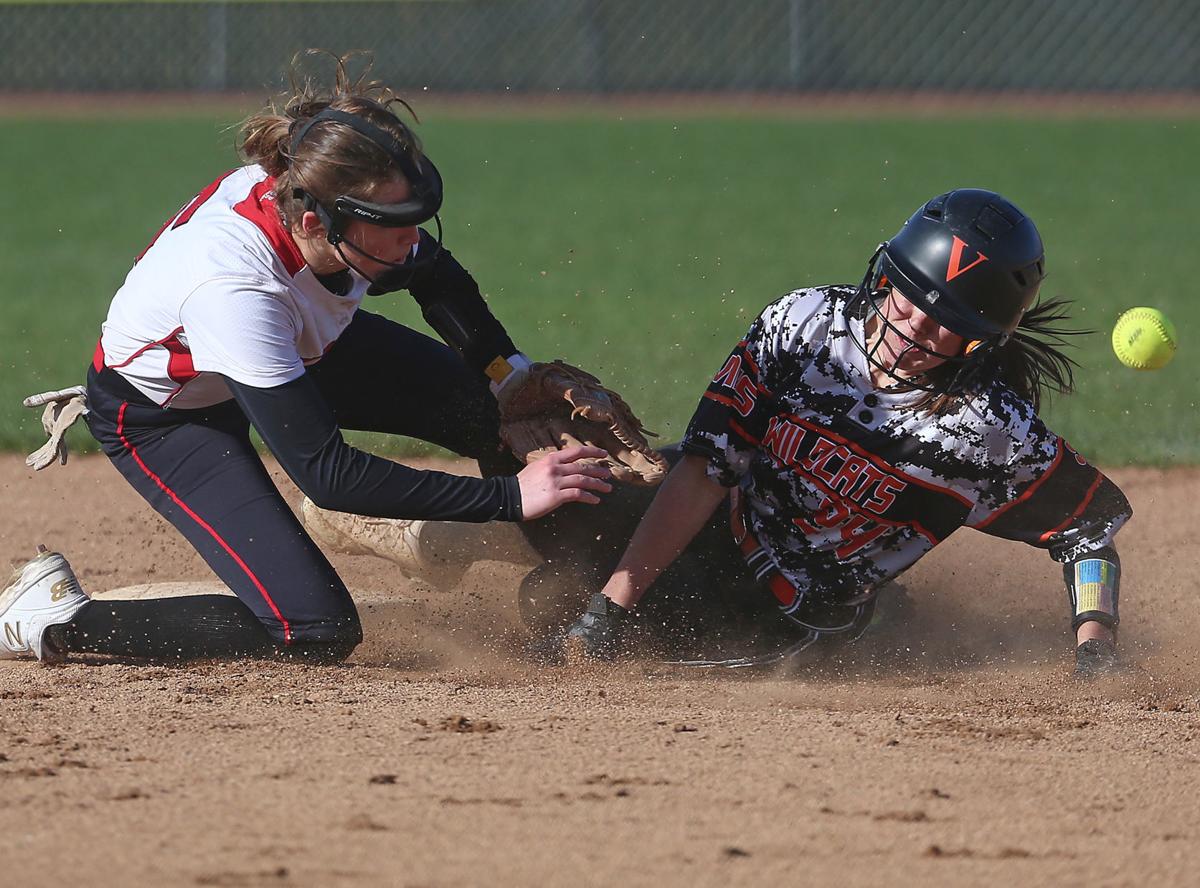 SUN PRAIRIE — Senior right-hander Meghan Anderson and the Verona softball team were eager to show that their victory over defending WIAA Division 1 state champion Sun Prairie earlier this season was no fluke.

Anderson proved untouchable Tuesday night, throwing a no-hitter in a 2-0 victory during the showdown between Big Eight Conference leaders and ranked teams.

“I just came out and was ready to pitch, and hoped my team behind me was there,” said Anderson, who has committed to NCAA Division II Northern State in South Dakota. “I just came out ready to fire and prove to people we can beat Sun Prairie, and that we can beat them again (after winning 2-1 in April). That it wasn’t just a fluke the first time. This really shows us that we can do it.”

“Hopefully, this really proves a point that we can compete with the top teams in the state and that we are one of the top programs in the state,” McChesney said.

Anderson, who struck out seven, effectively mixed her fastball, changeup and riseball, which she said was her go-to pitch for strikeouts.

“Meghan pitched a good game,” Sun Prairie coach Jamie Olson said. “But we have to be able to produce hits and get runners on to produce runs.”

Anderson lost her perfect game in the bottom of the seventh inning. Senior center fielder Sabrina Reuter of the second-ranked Cardinals (19-2, 12-2) reached with one out on a grounder to short that wasn’t handled cleanly and was ruled an error.

“It seemed like all her pitches were doing what she wanted them to do,” said Verona coach Todd Anderson, who isn’t related to his pitcher. “When that happens, you are going to get a no-hitter — one batter away from a ‘perfecto.’”

Reuter, a MATC commit, advanced to second on a groundout by third baseman Grace Hilber, but was stranded there when Meghan Anderson ended the game with a strikeout. Reuter appeared to have collected a single in the fourth, but she was called out for stepping out of the batter’s box.

Sun Prairie starting pitcher Maddie Gardner, a junior and University of Wisconsin recruit, struck out 11 and permitted only four hits.

But Wildcats leadoff hitter and University of Akron commit McChesney used her speed to reach base and create havoc on the base paths.

“This is my third year, obviously, playing against Maddie,” McChesney said. “She’s a phenomenal pitcher. I have to give her that much credit. She moves the ball around really well. She has a good rise (ball) and drop; she has all that. So, I basically went up there knowing if I could get my bat on the ball, I could run that out.”

The left-handed swinging McChesney, who was 2-for-3 and on base three times, singled to left with one out in the third inning. She stole second and, after a walk to shortstop Kasie Keyes, McChesney stole third base.

McChesney then scored the game’s first run on a wild pitch by Gardner.

“Anytime speed is on the bases, whether it is me or anyone else, it makes the defense feel like they need to rush a bit,” McChesney said. “That’s how I benefit the team the most. Just being able to mess with the defense, make them work and, hopefully, force them to make a mistake.”

The Cardinals had to shuffle the positions of several players in their lineup immediately before the game when starting catcher Chloe Knoernschild injured her thumb during warm-ups, Olson said.

That shifted senior Sydney Spatola from third base to catcher. Olson said Spatola — who had seen some action behind the plate this season, but never as the catcher when Gardner pitched — performed well.

McChesney beat out an infield single in the fifth inning and scored the game’s second run on Keyes’ one-out double to left.

Verona snapped Sun Prairie’s 14-game winning streak and grabbed the inside track toward the league title.

“We have to take care of business,” Todd Anderson said. “We have to finish strong. It wouldn’t be surprising if these two teams see each other again (in postseason).”

Verona vaults to second in Division 1 in state softball rankings

Verona's Molly McChesney and Meghan Anderson are co-players of the year for softball in the Big Eight Conference.

The Cheesemakers face New Berlin West and its lineup of big bats in a Division 2 state semifinal Friday afternoon at Goodman Diamond.

Verona's Meghan Anderson used her fastball, changeup and riseball to strike out seven and allow only one baserunner.