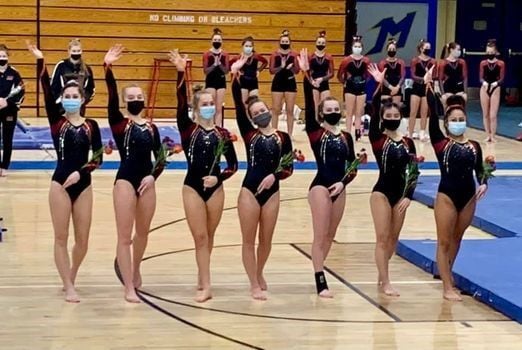 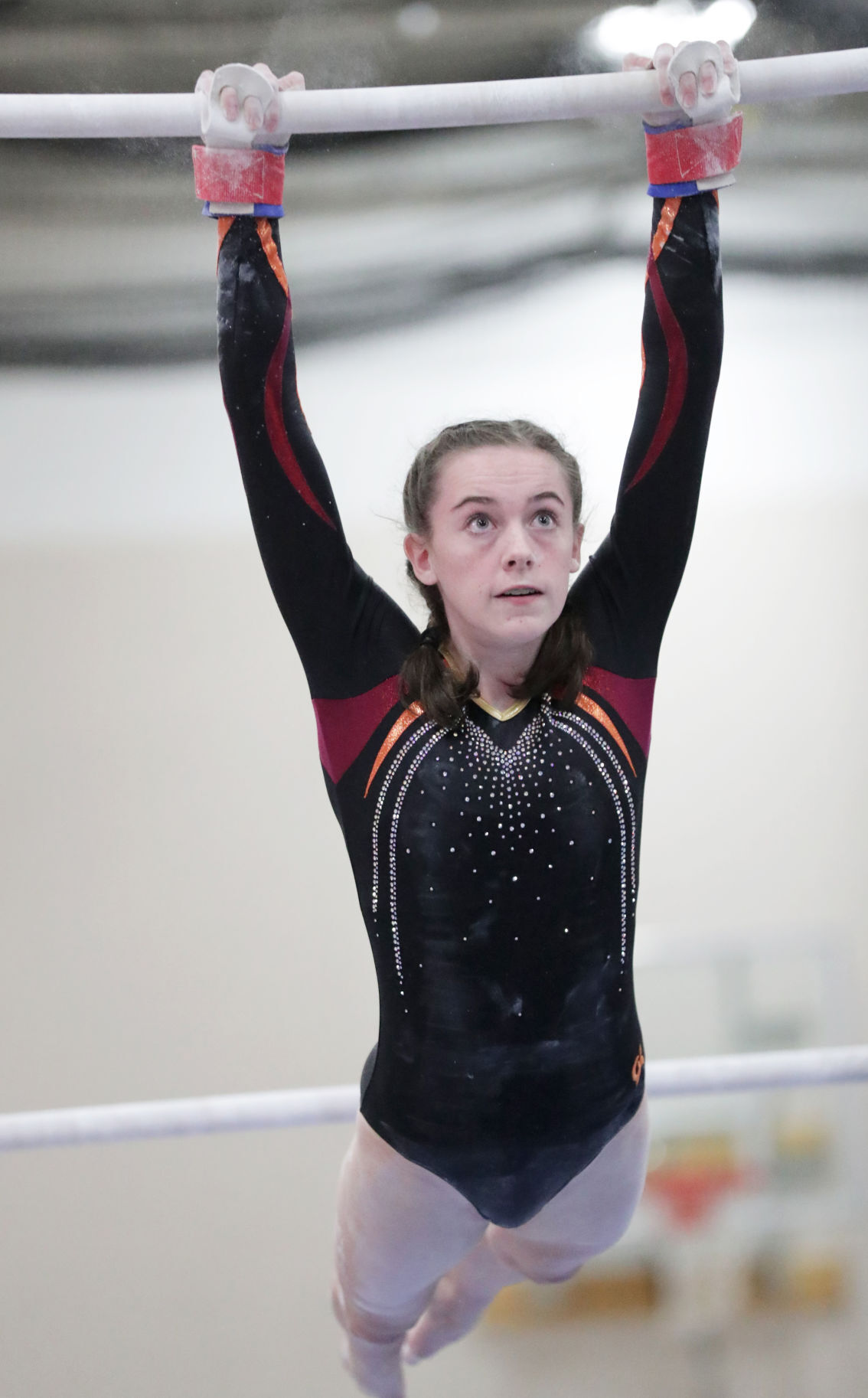 VERONA — Sophomore Ella Crowley and the Verona/Madison Edgewood gymnastics team believe they are rounding into form at just the right time.

The Division 1 championships are scheduled for Saturday at Wisconsin Rapids High School, while the Division 2 meet will be Saturday at Elite Performance Gymnastics in La Crosse.

In response to the COVID-19 pandemic, state competition will be at two venues and on one day this season, rather than the previous two-day meet in Wisconsin Rapids in which separate individual and team competitions were held. The four individual events will count toward the team standings this year.

“For me, personally, (the hope) is hitting all four of the events,” Crowley said. “For the team, it’s having fun and doing the best that we can. … I’m proud of our team, especially because we’ve had a lot of bumps in the road with injuries and people being out. So, a lot of people stepped up and we pulled together.”

Verona/Edgewood finished 10th at state last year. Coach Rachael Hauser said the team’s goal this season is to top the program’s best finish, which was seventh place in 2004.

“I’d like to beat that, and I think the team can do it,” said Hauser, whose team is scheduled to compete in the first of two sessions Saturday.

Verona/Edgewood — which has 12 gymnasts, including two from Edgewood — was the second team advancing out of last week’s Mukwonago sectional with a 137.6265 total. That topped its sectional total (137.30) last year.

The team, which has had to shuffle its lineup due to injuries, is led by Crowley, Veak, junior Alyssa Fischer, sophomores Katie Ryan and Kayla Wagner and freshman Denise Ta. The gymnasts from Edgewood are Ta and junior Lily Merrick, who might be available after returning from a knee injury, Hauser said.

A strong performance on beam (35.05 points) starting the sectional spurred on the team.

“We had a fantastic beam,” Hauser said. “It was our best beam of the year. … I’m incredibly proud of them. They did a really good job of staying focused on our own team and our own performances. They didn’t stress about scores, either.”

Crowley placed second in the all-around (36.10) at the sectional, finishing behind Janesville Craig junior Olivia Rebout (36.35). Fischer was sixth (34.525).

“I think that was one of my best meets this year,” Crowley said. “I was happy with it.”

Crowley, who finished 23rd in the all-around at state last year, was pleased considering Verona/Edgewood had only two virtual meets and two in-person meets prior to postseason. Most years, the team has about a dozen competitions.

“I think the most challenging part was having a short season because it really takes a while to get into it and get our skills consistent and our routines consistent,” Crowley said. “I had a lot of new skills from this summer, so I was struggling without having many meets.”

Crowley and Veak have grown accustomed to wearing masks while competing, though Crowley said her mask has occasionally moved under her nose while tumbling during the floor exercise. Veak said her mask has sometimes shifted on the balance beam.

“I really don’t know how they manage,” Hauser said.

Hauser said the WIAA is permitting gymnasts to remove masks while competing, which some schools did at sectionals, but the Verona school district requires its gymnasts to wear masks.

Veak, coming back from a dislocated kneecap sustained in December, and her teammates weren’t certain what kind of season they’d have due to the COVID-19 pandemic and health and gathering orders from Public Health Madison & Dane County.

“At the beginning, we didn’t know if we’d compete at all,” said Veak, who competed in club and not for the high school team last year. “I’m really proud of how everyone did (at the sectional). … It is really nice we are able to have this end-of-season stuff together because (my teammates) put in so many hours (starting last summer).”

Verona/Edgewood had one day of practice in November prior to a new, more restrictive county health order that shut down practice for a month — prior to resuming in late December.

Verona/Edgewood was able to practice with 10 of its gymnasts at one time at its facility at Verona’s new high school, said Hauser, noting the coaches weren’t permitted to serve as spotters for the gymnasts until recently.

“The girls that stayed in club worked out all summer with the goal of going back to state this season,” Hauser said. “Obviously, there were some questions if we would have a season. But all you can do is just plan that there will be one and carry on as normal. … I just kept planning for a season, working on routines. If nothing else, to just keep me focused and not stressed out.”

Verona/Madison Edgewood and Reedsburg also qualify teams for state, which will be split this year between Wisconsin Rapids and La Crosse

The Norskies milked the clock to set up their final shot.

The Wisconsin Basketball Coaches Association 2020 Hall of Fame Induction has been rescheduled for Aug. 1 in Wisconsin Dells.

At their next meeting in April, the Big Eight athletic directors anticipate finalizing plans "for resumption of Big Eight competitions and feasibility of conference tournaments" for the traditional spring sports season.