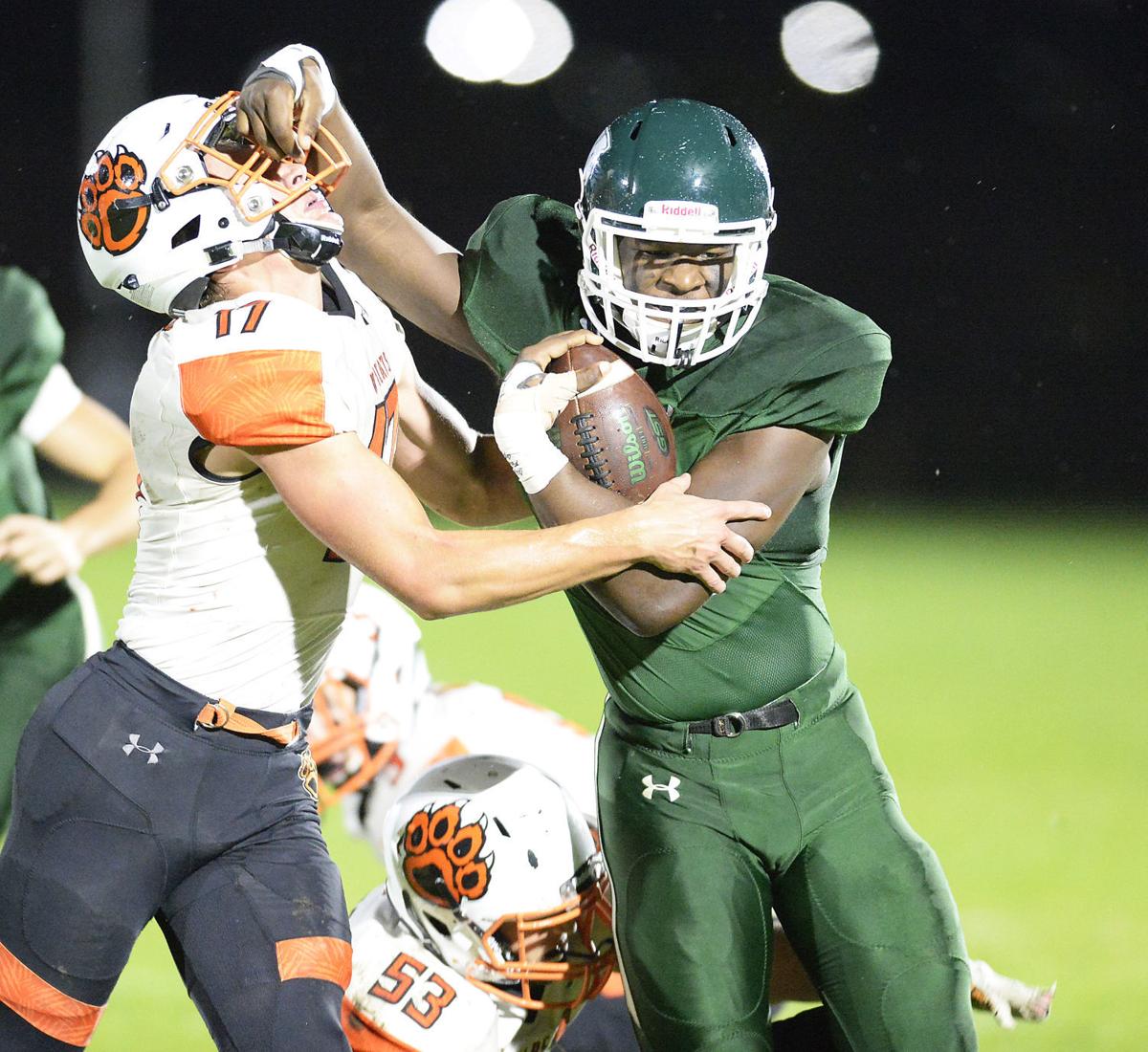 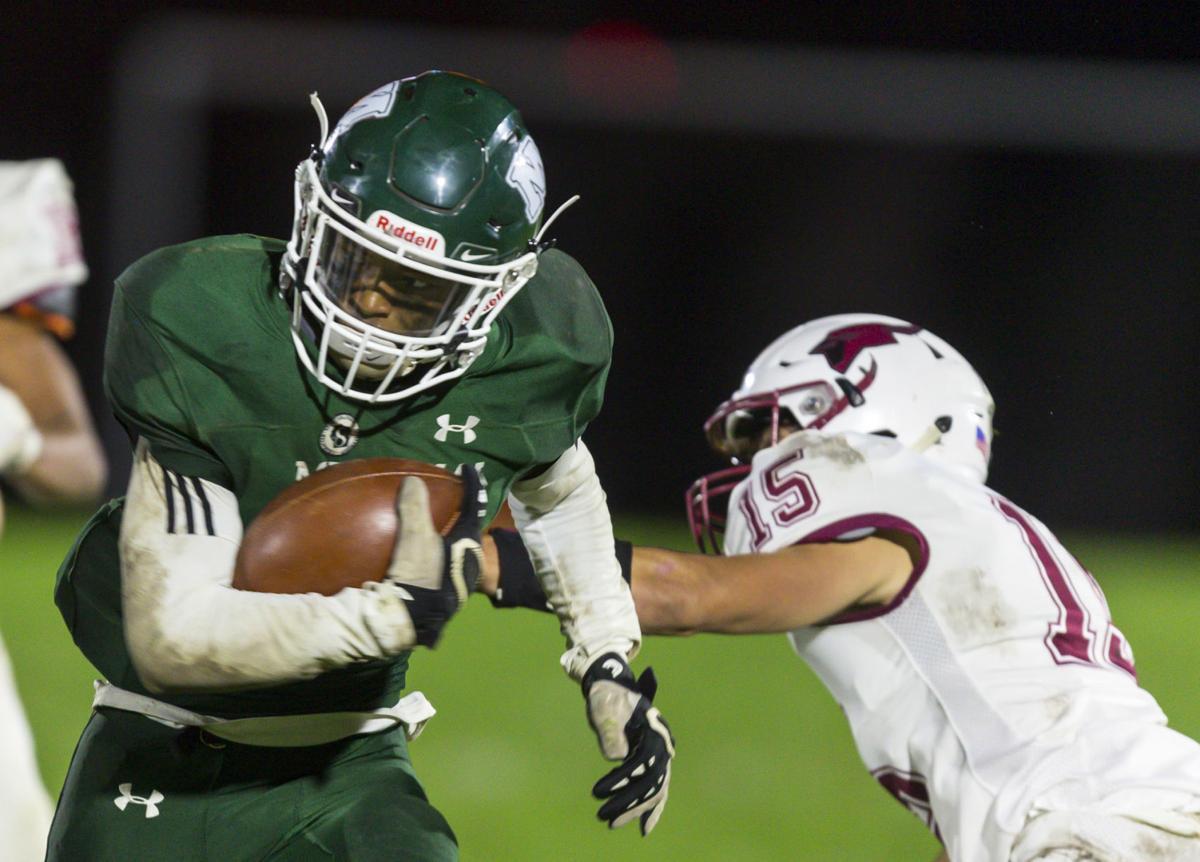 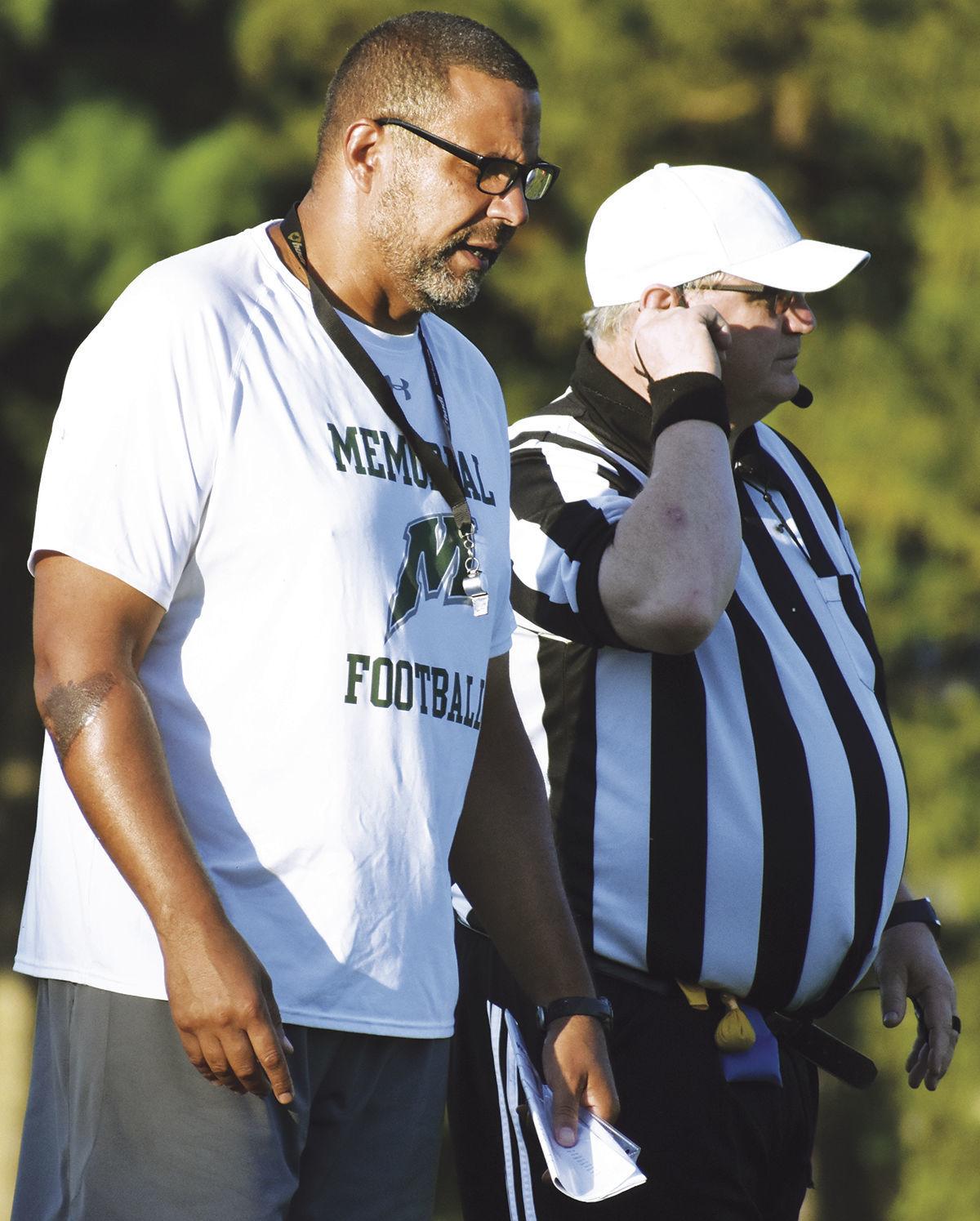 Madison Memorial senior running back Kam Marshall, for one, was fine with both decisions.

With four seconds left, Memorial had advanced the ball to the Verona 3-yard line, trailing by three points in their Week 6 game. Coach Mike Harris decided to trust his offensive linemen, who promised during a time out that they would deliver if the Spartans went for a game-winning touchdown instead of a game-tying field goal.

Then, Harris decided to pull out Marshall, who had just battled, twisted and hustled for much of the yardage in the drive of nearly 70 yards. Instead, junior Kabaris Vasser — who stands four inches taller and 40 pounds heavier than Marshall — got the call.

Never mind that the Spartans had lost three fumbles that night, including an earlier turnover by Vasser on the Verona 5-yard line.

When Harris saw what happened next, he knew his Spartans would be all right.

“Kam, who had been running the ball most of the night, pulled (Vasser) in close, by the helmet, and he said ‘come on, you got this,’” Harris said. “’Get in there and let’s have fun.’”

Vasser and the linemen teamed up for a 3-yard touchdown run that capped a 20-point fourth-quarter comeback and kept the Spartans undefeated with a 27-24 victory.

“That was fine. I was fine with it,” Marshall recalled this week. “When it comes down to it, regardless of the situation, we’ve got our brothers’ back.”

“I thought it was cool that Kam ran it down to the 3 and Kabaris was the one who punched it in,” Memorial senior quarterback Jason Ceniti said.

“Sometimes it comes down to the end of the game … and like Coach says, who’s got the most dog in ’em,” Vasser said.

That’s the kind of trust-based success that turns good teams into potential champions, and good programs into potential dynasties. And it’s exactly the positive atmosphere — trust, teamwork, learning, accountability — that Harris has worked to build in just two seasons as the leader of the Spartans’ program.

“When it’s genuine, they see it. They see the true love and concern we have for them,” Harris said. “Whatever they need, they should remember, ‘I’m your coach, I’m not your enemy.’”

The positive vibes continue to reverberate as the 12-0 Spartans prepare for their most difficult test of the season: A 7 p.m. Friday showdown with 12-0 Muskego, the defending WIAA Division 1 state champion and the state’s top-ranked team, in a state semifinal at Oconomowoc.

It’s the first game Memorial will play that isn’t against a fellow Big Eight Conference member, and the first time Memorial — or any other Madison public school — has made it to the state semifinals since 1984.

The winner will meet Kimberly or Bay Port in the state final at 4 p.m. Friday, Nov. 22, at Camp Randall Stadium.

In last week’s 28-17 win over Sun Prairie, Vasser ran for 175 yards and Marshall went for 135, with both scoring twice — while the other cheered from the sideline.

“We always encourage each other. We’ve known each other from a young age, and we both want to do more for our team,” Vasser said. “When we see each other have a good play, or even when things don’t go well, we’re there for each other.”

In the Spartans’ offensive scheme, the two are never in the game at the same time.

“We go every other series, or we’ll switch back and forth depending on the situation,” Marshall said.

“They have two distinct running styles,” Harris said. “Kabaris is more a power runner and Kam is an accelerating scat back. Both are very special, unique in their skills and what they bring to us.”

“Every run I have, when I get the ball I always think something big’s going to happen,” Vasser said.

And both recognize that they wouldn’t get far without the work of the Memorial offensive line, led by seniors Tyson Nash (a first-team all-Big Eight pick) and Nick Carl (a second-team pick).

“Last week (against Sun Prairie), some of the holes were so big you could drive a truck through it,” Marshall said.

“It’s all from technique and hard work,” the 6-1, 240-pound Carl said of the line’s success. “When you’re running the ball 30 to 40 times a game against nine (defenders) in the box, you have to work together as a team.”

“It’s a real privilege to have guys like this in our backfield and a quarterback who can make plays with his feet and his arm,” said Nash, who’s 5-9 and 245 pounds.

Ceniti, a first-team all-Big Eight quarterback, has thrown for 1,665 yards and 19 touchdowns. He also has rushed for 367 yards and 10 scores.

Together, the Spartans are hoping their diversified offensive attack — conceived by Harris and Chris Ceniti, the Big Eight head and assistant Coaches of the Year — can overcome the 373 yards per game produced by Muskego’s rushing attack. The Warriors also feature a pair of 1,000-yard backs in Alex Current and Josh Bulski, running behind an offensive line Harris describes as “very big boys.”

Harris knows this because, as fate would have it, he heard it from the source.

“I was at the (University of Wisconsin) game, and I get a tap on my shoulder from someone in the row right behind me, and he said ‘I think we’re playing you on Friday,’” Harris said. “It was (Muskego offensive line coach Eric) Hetzel. We exchanged some niceties and talked about our philosophies and had a nice moment.

“Out of 78,000 people in Camp Randall, I’m sitting in a row right ahead of a coach from our next opponent,” Harris said. “I don’t know how it happened, but it was a fun coincidence.”

The Spartans next play Sun Prairie.

Prep state football rankings: DeForest, Madison Memorial wind up in a tie for the No. 4 ranking

Waunakee falls to No. 9 among large schools; Lake Mills is ranked sixth among medium-sized schools

Kapinus returns from a knee injury. Morel is a transfer from Marshall, which won the past two WIAA Division 3 state titles.