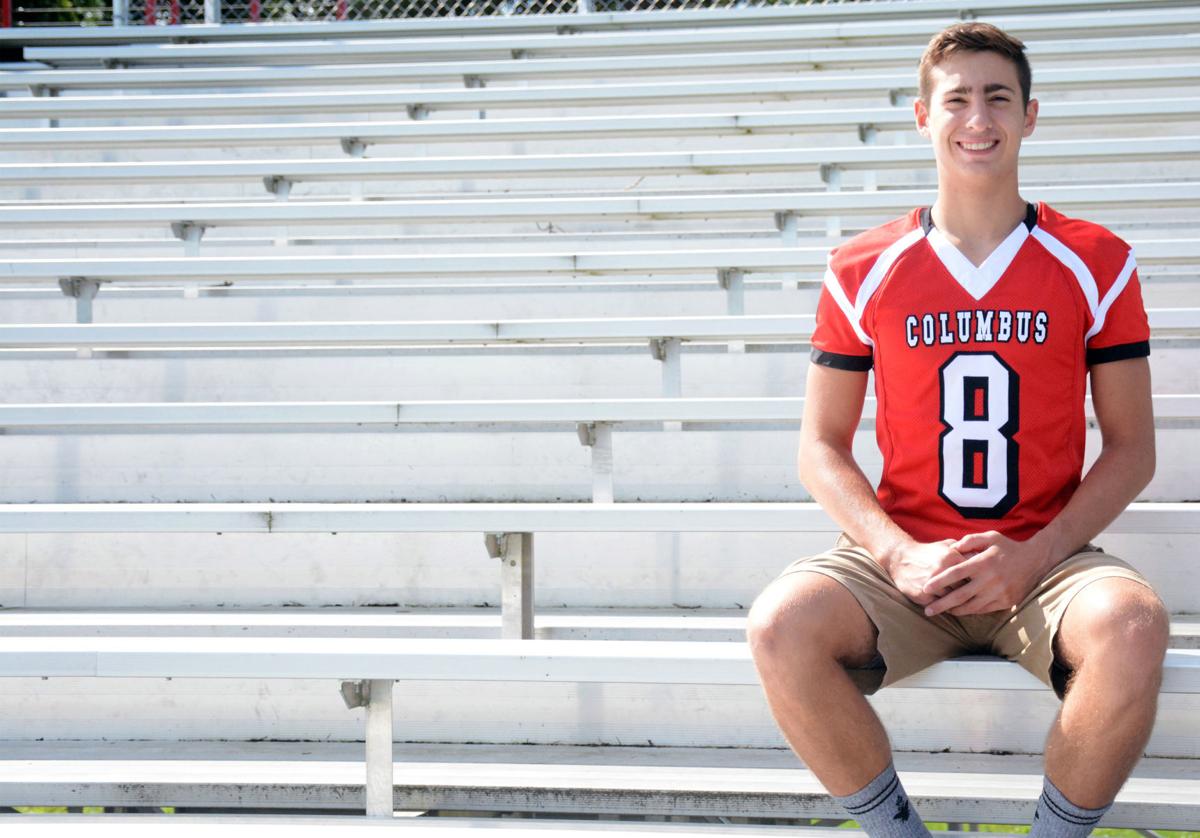 Colubmus' Teagan Herschleb enters his senior season with higher team expectations than he did a season ago. As a junior, Herschleb was a first-team Wisconsin Football Coaches Association All-State defensive back and honorable mention all-state player by the Associated Press. 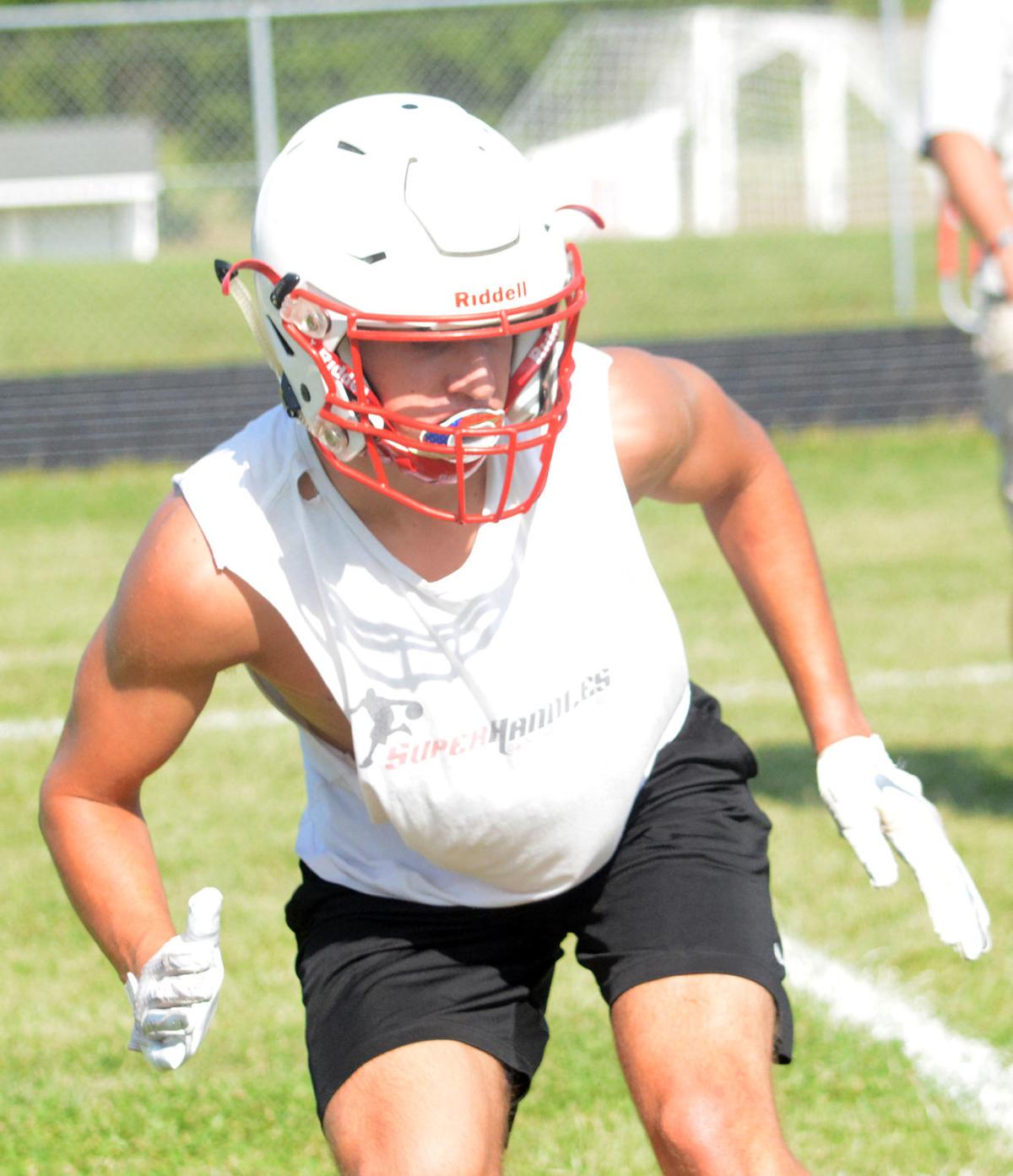 Columbus' Teagan Herschleb runs through a drill of the first practice of the 2019 prep football season.

Turns out, his ceiling rose a lot higher than that.

“That’s something I’ve always dreamed of, to be one of the best kids in the state,” Herschleb said. “It’s happening."

He has added 10 pounds headed into his senior year and said he's not taking last year's success for granted — pledging to continue working tirelessly at trying to maintain his status among the state's elite at his position.

This year, though, he hopes that comes with more team success. With only five seniors on the roster last season, Columbus went 1-8 overall and 0-5 in the Capitol North Conference.

Herschleb's ball-hawking reputation might help the Cardinals turn the tide in a winning direction in a different way, too.

“Teams may throw away from him this year and he may not have as many opportunities,” said Chris Herschleb, the Cardinals' defensive backs coach and Teagan's father. “He may have four interceptions or none, but it may be a better season because he’s changing the field out there."

“It’s been, 'Go be the best teammate you can be and be the best you (that) you can be. Don’t try to be the label; the label will come with your performance,'" Chris Herschleb said said.

Aside from his eight interceptions, including one returned for a touchdown, Herschleb also ranked second on the team with 66 tackles (24 solo).

The reason it was all so surreal for Chris was because a year prior, Herschleb was barely big enough to play on varsity — he was 5-foot-10 and 135 pounds as a sophomore — and was third on the depth chart.

With Herschleb's path to playing time blocked, he and his father had a conversation and considered lobbying for the Columbus coaching staff to switch him to a different position.

But when quarterback Connor Manthey went down with a season-ending injury in Week 3 of 2017, one of the players ahead of Herschleb at safety was moved under center. And opportunity knocked for Herschleb.

"We needed another guy in there, and I was the next guy up,” said Teagan, who finished his first game with just one tackle.

But in seven games that season, he finished second on the team with 44 tackles (18 solo) and added an interception and a forced fumble.

It wasn't the statistics that gave Herschleb the confidence he needed to thrive in 2018, though. It was the experience he gained.

“I learned how to key in on what guys do, and how to read a quarterback’s eyes from the way he faces,” Teagan said.

Of course, it didn't hurt that between his sophomore and junior years, he put on 20 pounds and grew four inches taller.

No longer looking like he just walked from eighth grade onto the varsity, and with the experience gained from his sophomore season, Teagan was ready to burst onto the scene as a junior.

"You could see the potential was there," Chris Herschleb said.

Herschleb knows it's unlikely he'll have as many interceptions this year, expecting that teams won't throw his way. That will be just fine with him — so long as the victories start coming.

“I would definitely rather go out with a winning season,” he said. 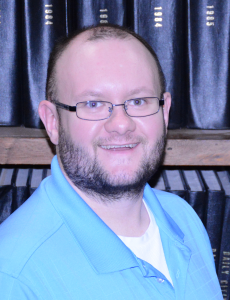 Mark is currently a sports reporter for the Daily Citizen. Has been since late 2014.

Lodi's traditional, grind-it-out game will be there to take control if the L-Cats' aerial circus falters

Colubmus' Teagan Herschleb enters his senior season with higher team expectations than he did a season ago. As a junior, Herschleb was a first-team Wisconsin Football Coaches Association All-State defensive back and honorable mention all-state player by the Associated Press.

Columbus' Teagan Herschleb runs through a drill of the first practice of the 2019 prep football season.