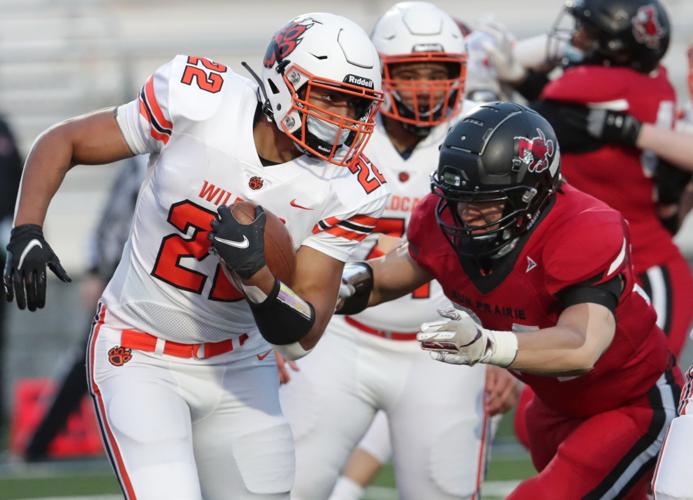 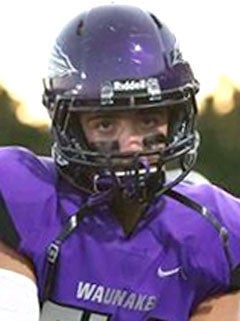 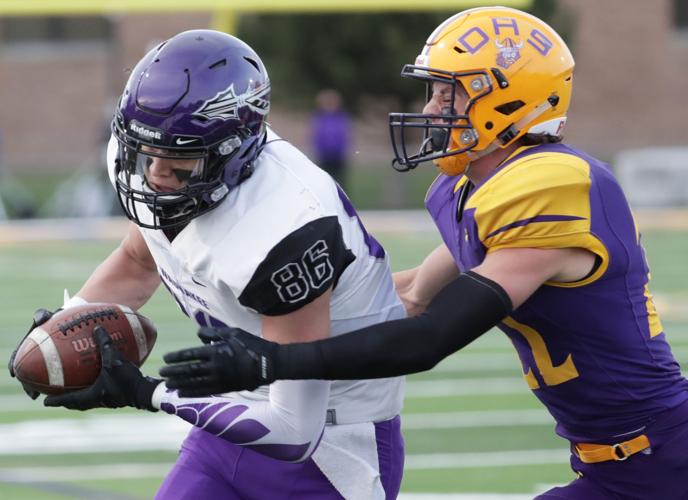 Fond du Lac senior Braelon Allen, a University of Wisconsin commit, was named The Associated Press player of the year for the WIAA's alternate fall football season this spring.

The three juniors were among 10 area players selected for the first team.

Allen was a unanimous choice as player of the year.

The 6-foot-2, 240-pound Allen was a unanimous first-team pick as both a running back and a defensive back.

Fond du Lac coach Steven Jorgensen was named the coach of the year after his team finished 7-0 and was top-ranked among large-sized schools by the state coaches in this spring season, which was created by the WIAA for schools that didn’t play in the fall due to the COVID-19 pandemic. Jorgensen was a unanimous selection.

AP COACH AND PLAYER OF THE YEAR STORIES

Braelon Allen’s ascension to one of the top players in the state of Wisconsin wasn’t by chance.

It took sweat equity. And lots of it.

The Fond du Lac standout defensive back and running back was named the spring season player of the year by the Associated Press by a panel of statewide media. Fond du Lac coach Steven Jorgensen also was named coach of the year after leading Fond du Lac to a dominating 7-0 finish.

Allen, who reclassified as a senior this season, is a University of Wisconsin recruit and already has a collegiate-type build, packing 240 pounds on to his 6-foot-2 frame.

That physique was honed with countless hours in the weight room.

“That’s really everything. It’s how you build your foundation,” Allen said. “You just get better in the weight room. I found my home there and just kind of stayed in there and put in the work. It definitely helps with confidence and just knowing that I’m not going to play against anybody stronger than me. It’s a huge advantage.”

That hard work paid off handsomely for Allen on the field.

He finished tied for the state lead in touchdowns (21) with teammate and first-team all-state quarterback Kyle Walljasper. He also was third in the state in rushing yards (1,047) and averaged 14.7 yards a carry.

At defensive back, he totaled 57 tackles with five tackles for loss.

But Allen said he also played other positions on offense and defense during his career.

“Since I started playing both ways, that’s really something I tried to do is to play anywhere I was needed,” Allen said. “Last year, I went from quarterback and corner to receiver and safety. Then this year to running back and safety/linebacker/hybrid. This year I wanted to do a lot on the defensive side of the ball and that’s definitely something I pride myself in, just trying to be available whenever.”

Jorgensen unanimous pick as coach of the year

Fond du Lac’s Steven Jorgensen was elated to be named coach of the year but not because it was a personal honor.

He knows that the award is representative of his entire coaching staff and the team in general.

“That coach of the year award is a staff award,” he said. “I have one of the best staffs, if not the best staffs in the state. It’s a year-round thing here and I know how much time the staff puts in around me here and it’s just a testament to all the hard work that went into to this unprecedented year.

“It’s really rewarding to see how the season played out and to see the players on this team get this recognition.”

Jorgensen knew his team had a collection of top senior players heading into the season, especially on offense.

Their undefeated season was capped by a 71-47 victory over Division 1 powerhouse Kimberly in the season finale.

Fondy’s offense was prolific, scoring 10 touchdowns on 10 consecutive possessions against a defense considered to be one of the state’s best.

Jorgensen said his players responded to the challenge presented by the COVID-19 pandemic.

“I know how much hard work they put in when things got crazy in this world,” Jorgensen said. “They used football and their workouts as a sense of norm and they just kept pushing it until they had a chance to prove who they were and we were glad they were able to do that this spring.”

ALTERNATE FALL SEASON IN THE SPRING

-- The story was compiled by the AP, the State Journal's Jon Masson and Ricardo Arguello of USA TODAY NETWORK--Wisconsin

Waunakee football coach Pat Rice said the WIAA's alternate fall season in the spring had the makings of a documentary.

Junior quarterback Quentin Keene throws three touchdown passes and runs for another in the Warriors' 48-30 victory.

Kirchberg homered in each game while leading the Norskies to 3-0 and 14-4 victories. Senior Keagon Kaufmann earned a complete-game victory in the opener.

The seventh annual “Cardinals Strikeout Cancer” baseball game between Sun Prairie and Middleton is scheduled for June 10 at Middleton. Plus, a state player, Germantown's Kamorea Arnold, is selected for the national U16 women's basketball trials.

Voss coached boys and girls soccer at Madison Memorial prior to becoming girls coach at Waunakee. He enters Thursday night's girls soccer match between Monona Grove and host Waunakee with 398 victories, including girls and boys results, and is closing in on 400.

In each of the past two cycles, Khalif has helped UW post their highest-ranked recruiting classes in the internet era.

Dotzler, a junior, was a unanimous selection as an offensive lineman on the 2021 Associated Press alternate fall season All-State football team.

The 6-foot-6, 250-pound Hamm is the top-ranked senior defensive recruit for football in the state. His college finalists are the University of Wisconsin, Penn State, Ohio State and Notre Dame.

Badgers roster breakdown: Backfield has been bolstered by new additions but staying healthy will be key

In the second part of our position-by-position preview series, UW linebacker Noah Burks discusses this year's backfield as we take an in-depth look at the running backs and fullbacks.