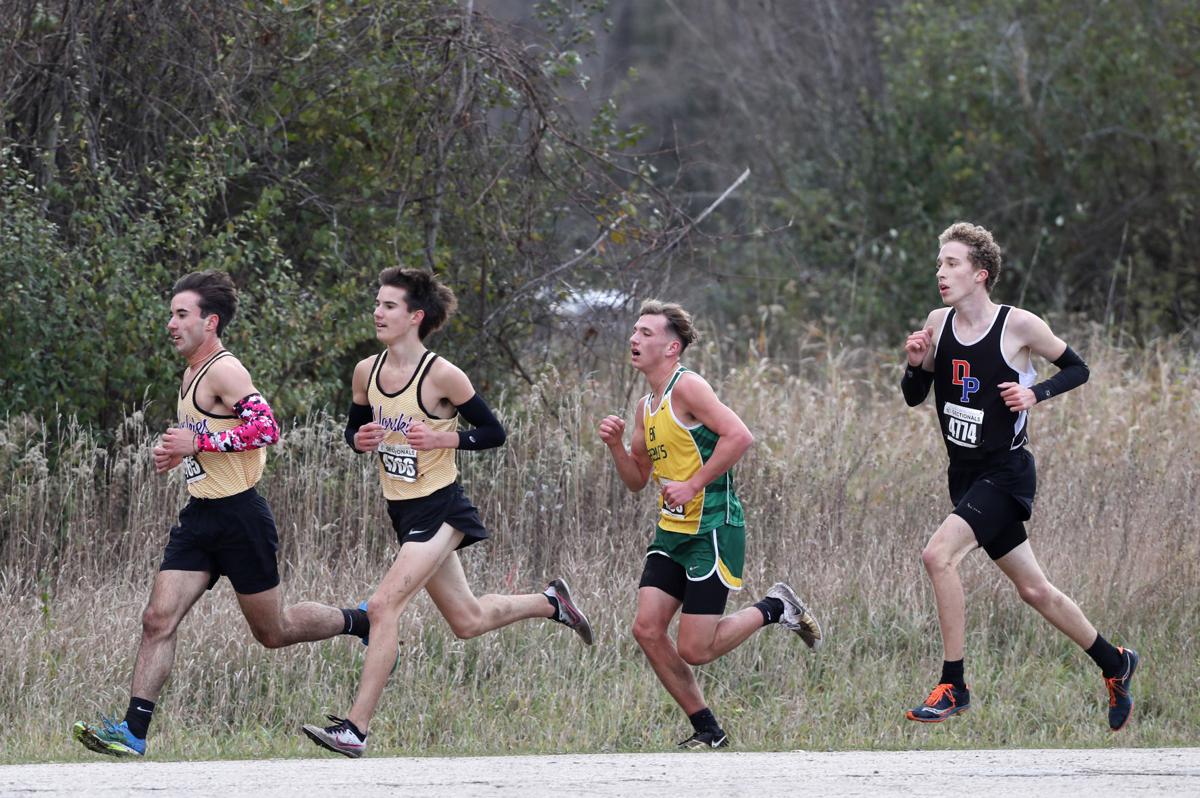 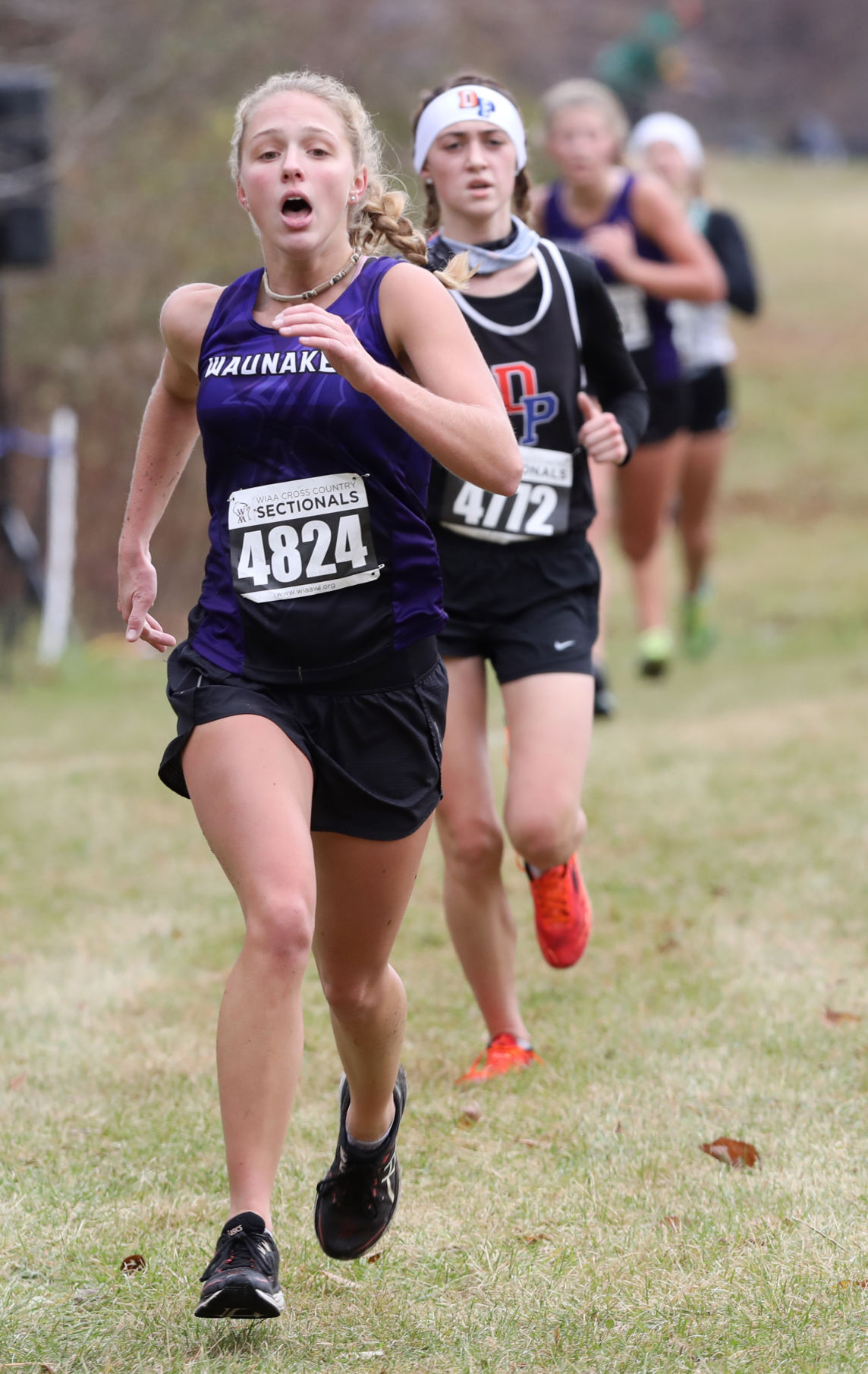 WYOCENA — Two weeks prior to the start of practice, DeForest boys cross country coach Joe Parker didn’t even know whether the Norskies would have a season this fall.

As the season progressed, uncertainty caused by the ongoing COVID-19 pandemic left the Norskies competing like each race might be their last. While other teams couldn’t compete or had runners lost from their lineups, the Norskies remained healthy and available to compete.

On Saturday, DeForest’s lineup put together an effort that qualified the Norskies for the WIAA Division 1 state meet for the first time since 1999.

“Every year, you are going to deal with injury and every year you are going to deal with health concerns, but this year it’s not just your health you have to be concerned with,” Parker said. “It’s the people around you and who you are around. We are giving ourselves an opportunity to go to the state meet for the first time in 21 years. … That’s what I will talk to the guys about, making sure they are being smart about what they are doing.”

“This is the biggest race we’ve had so far, and this meet it took a whole team,” Elijah Bauer said.

Four teams competed for the two berths, after the WIAA added a subsectional round this year to decrease the number of teams competing at sites during postseason amid the coronavirus outbreak.

“But that doesn’t mean that we are going to lay down and just let people roll over us. We are going to take the hand we are dealt and play to the best of our advantage.”

“This is really the first large meet I’ve had this season,” Boerger said. “It was a good experience to race with some of the best from this sectional.”

Dodgeville/Mineral Point’s Will Aurit (seventh place) also advanced to state as an individual.

That left the drama for which team would claim the second berth. Waunakee, without three of its top seven runners, finished second with 74 points — one point better than Holmen and two points ahead of fourth-place Beaver Dam.

“We basically pulled up our group behind them and they did a phenomenal job today,” Waunakee coach Heather Raffel said. “I’m so proud of them after the last few days. It’s been a whirlwind for me. … I’m so thrilled with how they did today with everything we’ve been through this entire season. Hats off to them. They just did so great.”

Raffel declined to specify reasons for the absences.

“It’s one of those races I don’t think I’ll ever forget,” Raffel said. “It’s one for the ages for me.”

“The people here, the community that is here, is so amazing,” Branchaw said, adding: “It’s so much fun because when you do good, everyone is so excited for you.”

Beaver Dam freshman Makenzi Gritzmacher was the top area finisher in the girls race, placing sixth (20:06.98) and advancing to state.

“It’s really cool I was able to pull this off and be with my team,” she said.

Gritzmacher said teammate Kylie Hackbarth, a subsectional winner Tuesday, couldn’t run Saturday after coming in contact with an individual who tested for the coronavirus.

Instead of the state meet being at its usual site in Wisconsin Rapids, the WIAA has scheduled three individual division state meets at separate sites next Saturday.

Marshall improves to 5-0 overall with a 21-6 victory over host Pardeeville in an Eastern Suburban Conference football game Friday night.

Verona girls basketball coach Angie Murphy, who believes the effect on students' mental health is a major issue, questions why prep athletes in other nearby counties are playing sports while most in Dane County are not being allowed to play within the county.

The Madison Metropolitan School District announced Monday it will not hold any programming or winter athletics in person through Jan. 24. Other Big Eight schools — including Middleton, Sun Prairie and Verona — released their current plans for winter sports.

Starks, a national place-winner, compiled a 111-37 record during a UW-Eau Claire wrestling career that saw him earn team Most Improved award as a freshman and team MVP award the next three years.

Eagles coach Amy Schlimgen has been in a 14-day quarantine due to an assistant testing positive for COVID-19. JV2 coach Ryan Ruhland has filled in during postseason as Sauk Prairie defeated Watertown, Oconomowoc and Hartland Arrowhead.

Instead of racing at the Ridges Golf Course in Wisconsin Rapids, the WIAA state meets for cross country will be run by division Saturday at three sites in the state.

Kirchberg, a senior, plays infield for the Norskies and was an honorable-mention all-conference choice in the Badger North Conference in spring of 2019. The WIAA called off spring sports competitions and state tournaments in 2020 due to the COVID-19 pandemic.