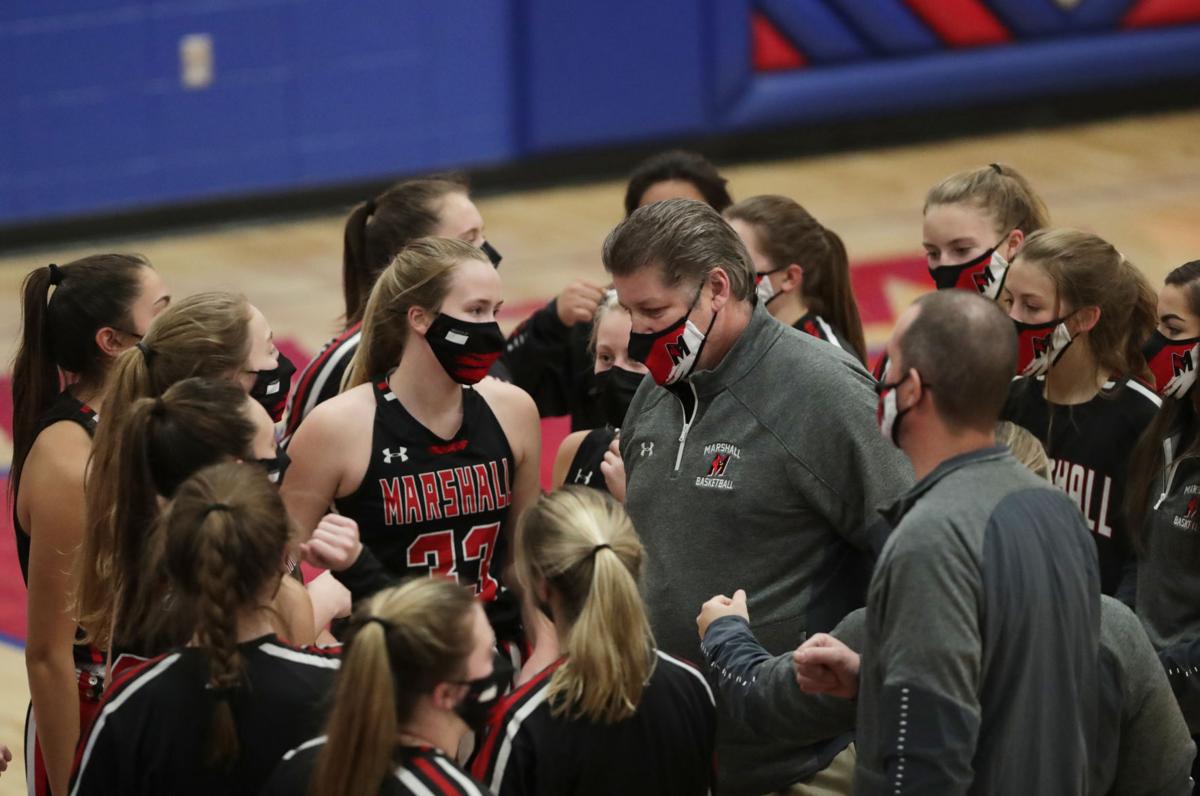 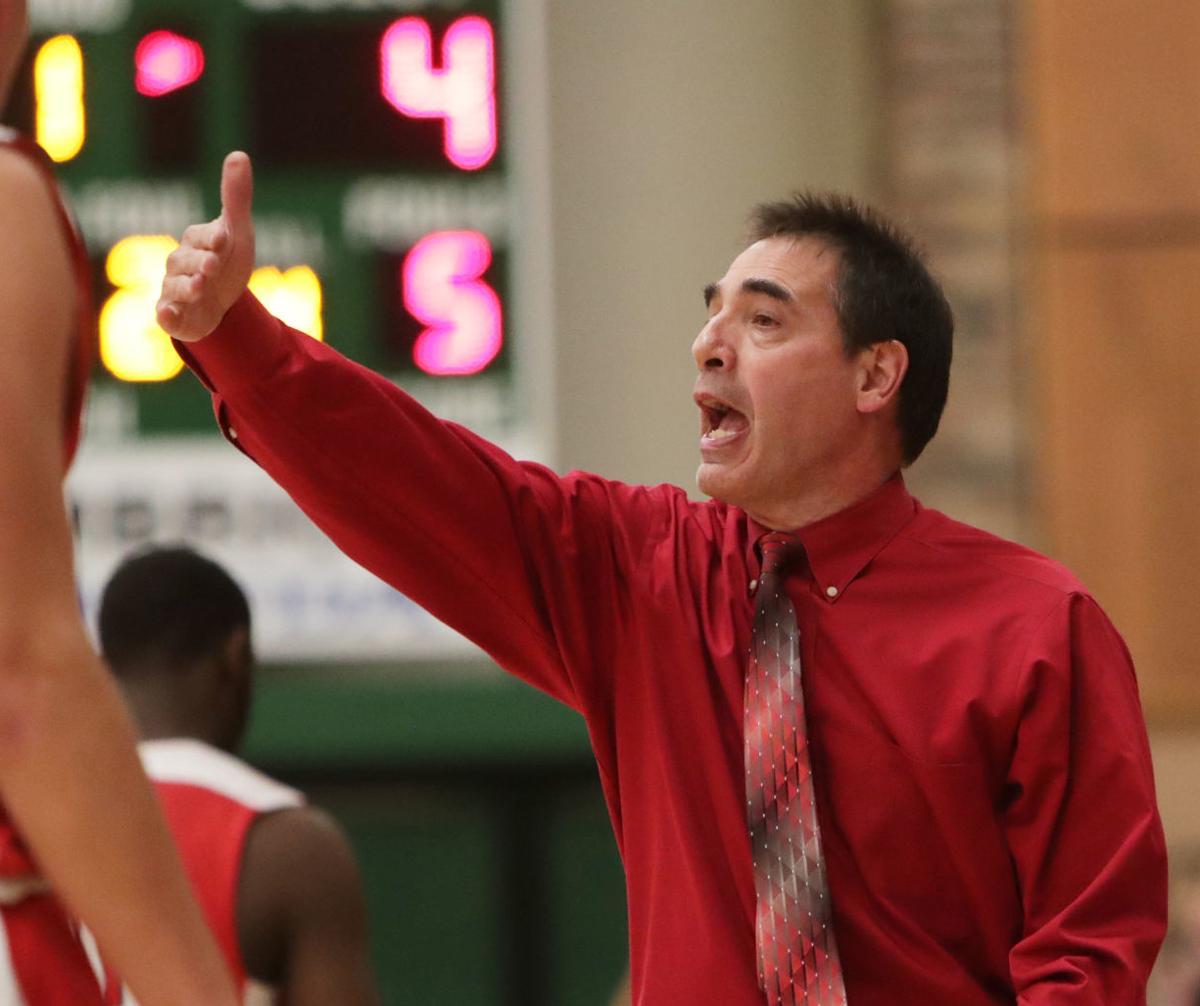 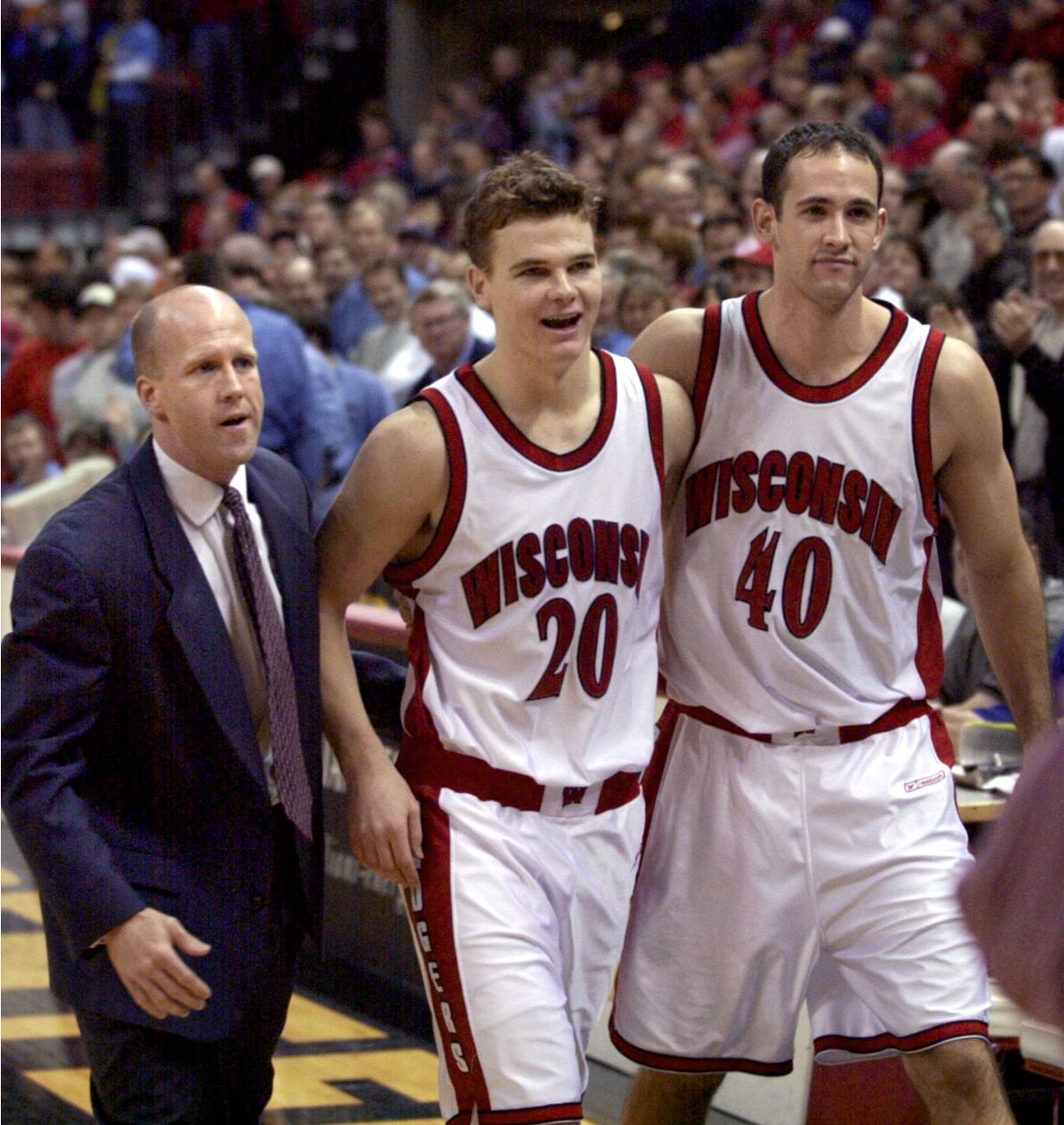 The Wisconsin Basketball Coaches Association 2020 Hall of Fame Induction has been rescheduled for Aug. 1 at the Glacier Canyon Lodge of the Wilderness Resort in Wisconsin Dells.

More information is available by calling WBCA Hall of Fame banquet and program chairwoman Joan Petitgoue at 608-778-2524 or email at joanpetitgoue@icloud.com or go to the WBCA website at wisbca.org.

Biographies sent by the WBCA to the State Journal that will be shared at the induction, included:

Boucher, born in Menominee, Michigan, grew up in Marinette, Wisconsin. He played high school football and basketball at Marinette Catholic Central for coach Marty Crowe, graduating in 1970. Basketball was his favorite sport, but he was an all-conference football player who went on to play football at St. Norbert College for a year. He also became a referee for freshman and JV basketball games in the Green Bay area.

After graduating from college, he moved to Madison and attended the University of Wisconsin’s School of Business. In his first year in Madison, he coached freshman football at Edgewood High School and got to know then-athletic director Joel Maturi (who later became University of Minnesota athletic director) and met other young coaches, including Brad Minter and John Boyle. He also coached seventh-grade boys basketball at Madison’s St. Dennis School. He also continued to officiate games, including high school basketball.

After one year of business school, Boucher entered law school, where he met his wife, Susan De Groot. He continued to play pickup basketball and city-league basketball, including with future Wisconsin governors Jim Doyle and Scott McCallum. He graduated from law school and earned his MBA and CPA degrees.

He coached at various levels where his three children played, including football, girls volleyball and boys and girls basketball.

He continued his work with other local coaches at the club level to create non-profit entities for their programs. Boucher’s law firm assisted coach Jerry Petitgoue in getting charitable status for the WBCA. Boucher has spent much time working with youth programs and attending youth and high school games and encouraging young players.

He has been recognized as a lawyer and professor. In 2004, he was recognized by St. Norbert College as a distinguished alumnus.

In 2016, he was inducted into the Edgewood High School Sports Hall of Fame. In 2018, he was named to the Entrepreneur’s Hall of Fame by the Weinert Center of the UW School of Business.

Arneson-Mueller grew up in Barneveld. Her older brother, Zak, taught her how to be competitive. Her parents, John and Ginny Arneson, were extremely supportive and her father encouraged her each day to be a better player and person. Her grandparents, Donald and EvaNeil Arneson, also were very supportive.

She attended Barneveld High School and played on the varsity beginning her freshman year, playing for coach Jim Myers and learning life lessons along the way. “Jimmy made basketball fun and winning even better,” according to her bio. “Jimmy had high expectations and taught the team about hard work, humility and being humble through success.”

She found the upperclassmen on the team to be welcoming and patient. The girls basketball team in 1997-98 went undefeated and won a state championship. It was a close-knit team that was unselfish and loved the game. The 1998-99 team also was undefeated and won another gold ball. Those two teams were 53-0 – “something that can’t be done alone but with a team of people who want to see success in others,” she said.

Arneson-Mueller overcame multiple knee injuries. She finished with 1,447 points and was a four-time letter winner, earning first-team all-conference honors all four years. She was first-team All-Area for four years and was named to the WIAA state all-tournament team in both state trips.

She went to graduate school at the UW-Whitewater and earned a master’s degree in educational counseling.

Jessica and Ryan have twin daughters, Peri and Mila. They live in Waupun, where Jessica has served as a school counselor for the Waupun school district for the past 15 years.

Pickarts graduated from Madison La Follette in 1981. He lettered in volleyball, basketball and track in high school. The volleyball team went to state all three years he was on varsity. He played basketball for Hall of Fame coach Pete Olson, who had a significant impact on his basketball career.

Pickarts attended UW-Whitewater, majored in mathematics with a bachelor’s in education and minor in coaching.

After graduating from college, he became assistant sophomore boys basketball coach at La Follette in fall 1986. He then coached the freshman girls team at DeForest the next year and the following season moved up to coaching the sophomore girls basketball team.

In fall 1989, he was promoted to DeForest’s head coach. In his second season, he led the Norskies’ girls basketball team to its first conference title in school history.

During his 26 years at DeForest, his teams won 10 conference titles, went to state four times and finished as runner-up at state in 2016. He was 394-211 at DeForest.

In 2015, he became the Barneveld coach and led the girls basketball team to a conference title and a state runner-up finish in 2016.

He compiled a 58-21 record at Barneveld.

His teams have amassed a 473-237 record (at the time of this induction bio), won 12 conference titles and had five state tournament appearances, including two runner-up finishes.

Pickarts also has coached in the WBCA All-Star game as a head coach and twice as an assistant.

He also has coached volleyball for 32 years and won more than 600 matches, including seven conference titles and a trip to state.

In 1991, Pickarts and his wife Tammy were married. They have four children, Trey, Trent, Teegan an Taryn.

He thanked his wife for being "the backbone of their family and has handled the majority of the responsibilities in raising their children. All the sacrifices she has made throughout the years is the epitome of what a coach's life is all about."

He also appreciates the support and love provided by his children. He coached all four of them at different levels of basketball. He coached daughter Teegan in two state championship basketball games and in the state tournament for volleyball.

He thanked his players for their commitment, talent and dedication. He appreciates the work of all his assistant coaches. He acknowledged Brad Minter and Pete Olson for being the two most influential people in his professional development.

The Norskies milked the clock to set up their final shot.

Verona/Edgewood gymnastics coach Rachael Hauser is hoping for a program-best finish in the team competition.