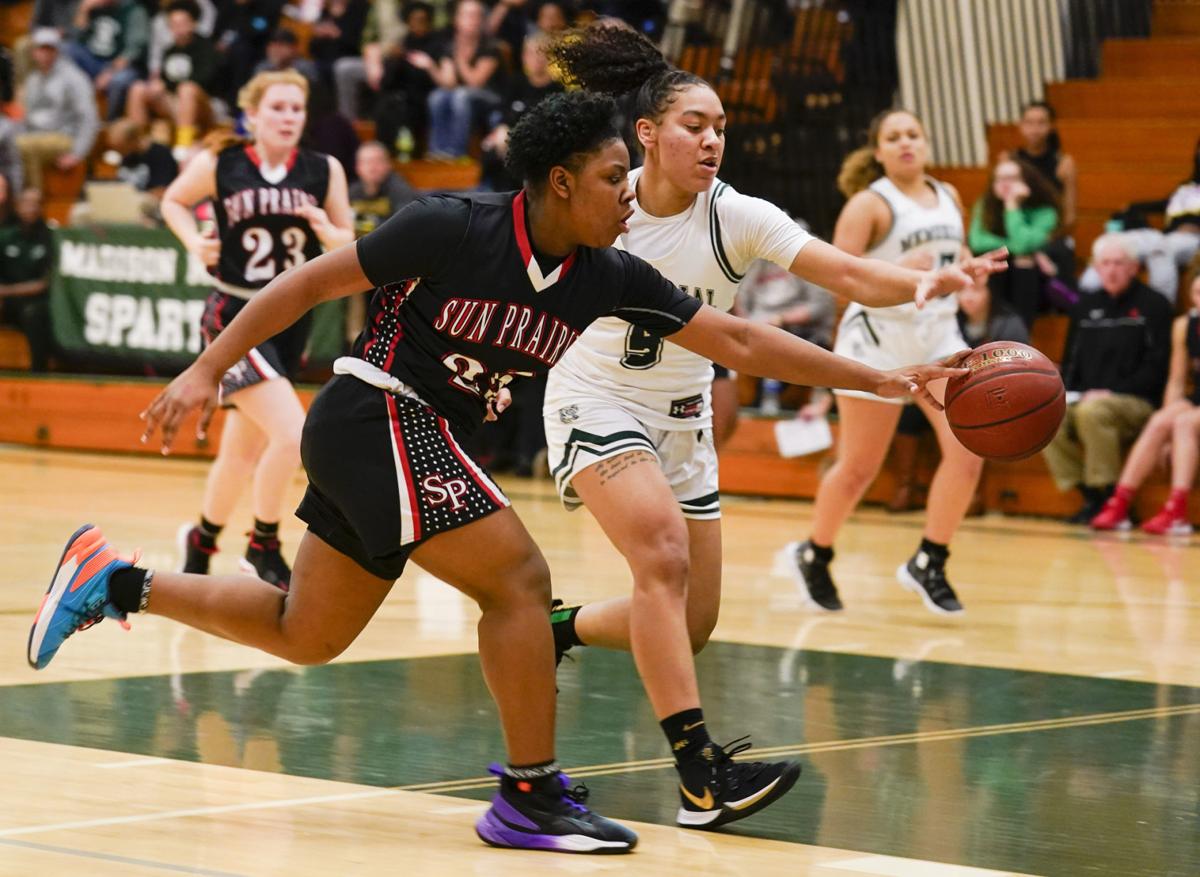 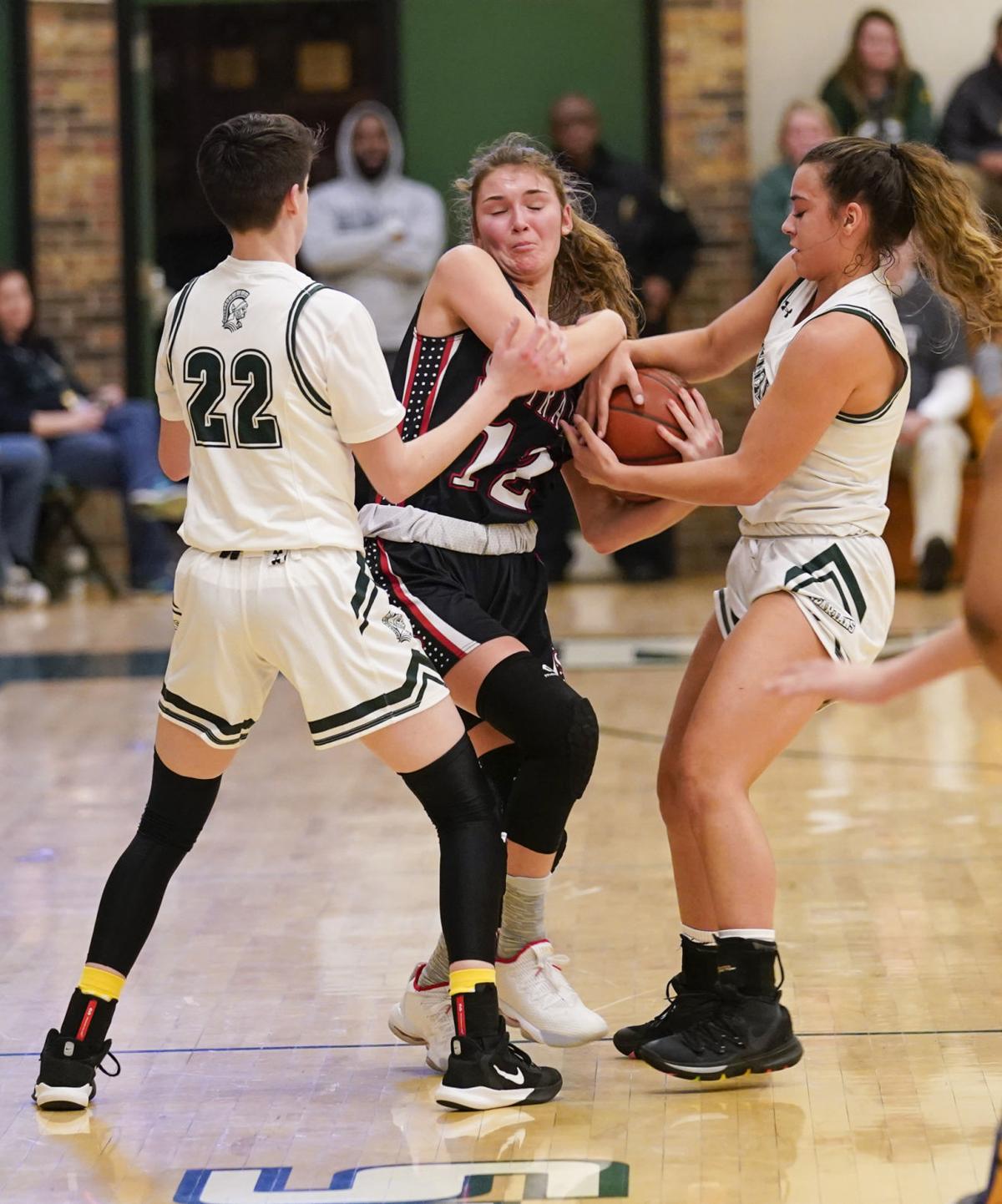 The Spartans’ depth this season has been demonstrated vividly in the way they can wear down foes with full-court pressure, particularly in the second half.

“I think we have the ability to play more people, so people are rested,” Spartans junior guard Charlotte Sweet said. “So, when the other team is getting more tired, we can sub in players. Throughout the game, the other team gets worn out and we are as ready as we were at the beginning of the game.”

Memorial then went on a 26-8 run after halftime and opened a 66-34 lead with 11 minutes, 17 seconds remaining in the second half while defeating Sun Prairie for the second time this season.

“We have a team full of nine kids who could be heavy rotation players or starters at other programs, and that is our top nine,” Memorial coach Marques Flowers said. “That is rare. We understand that. We want to test other teams to go nine deep with us. We’d like to see them try.”

Memorial junior guard Mia Morel scored 13 of her game-high 19 points in the second half before leaving with an upper-body injury when battling for a rebound and having a player fall on her with 8:50 remaining to play. She made five 3-pointers. Flowers said he didn’t have an injury update on Morel immediately after the game.

Spartans senior guard Leilani Kapinus scored 12 of her 16 points in the second half when Memorial outscored Sun Prairie 43-30.

“They are a really good team,” Cardinals coach John Olson said. “They have two additions from last year that they didn’t have when we played them. You bring Leilani back (from injury) and add Morel (a transfer from Marshall). That’s a tough 1-2 punch, and we lost our 1-2-3 punch (Grace Hilber, Alexis Baker and Bailey Lutes).”

Spartans senior guard Emmoni Rankins added 12 points, including 10 in the first half, and junior guard Maya White Eagle totaled 10 points off the bench.

“We always have room to grow,” Flowers said. “But I think, overall, they are understanding what it is we want to do and how we want to play — keeping the tempo up. So, there is cohesion with that. … They are pretty seasoned. They have been around the block. That’s the benefit of having a group for four years.”

Memorial senior guard Brooke Peters also came off the bench and scored eight points, including sinking two 3-pointers that made her the program’s all-time leader in made 3-pointers with 92 (the previous mark was 90). Sweet scored her six points in the first half.

“They have a lot of depth,” Olson said. “They’ve waited four years. They had a team that was very young. And Marques has waited four years to have them develop and now they have developed. That’s our goal, but I don’t want to wait four years. We are just trying to stay positive.”

The Cardinals opened the season with a 6-1 record, but have lost five of their past six games, including four in a row, during a difficult part of their schedule.

The Cardinals were without injured sophomore guard Rachel Rademacher, a key reserve who was in a boot, and lost reserve post player ZaVeon Jones to an apparent knee injury in the second half.

The Lancers, second-ranked in Division 1, lead the Big Eight Conference. The ninth-ranked Purgolders are in third place.

The Lancers improve to 11-0 with a victory over the Warriors, who earned honorable mention in this week's Division 1 state poll

The administrators are viewing competitive equity as an affluence-vs.-poverty problem, rather than a simple public school-vs.-private school problem or an urban-vs.-rural issue.