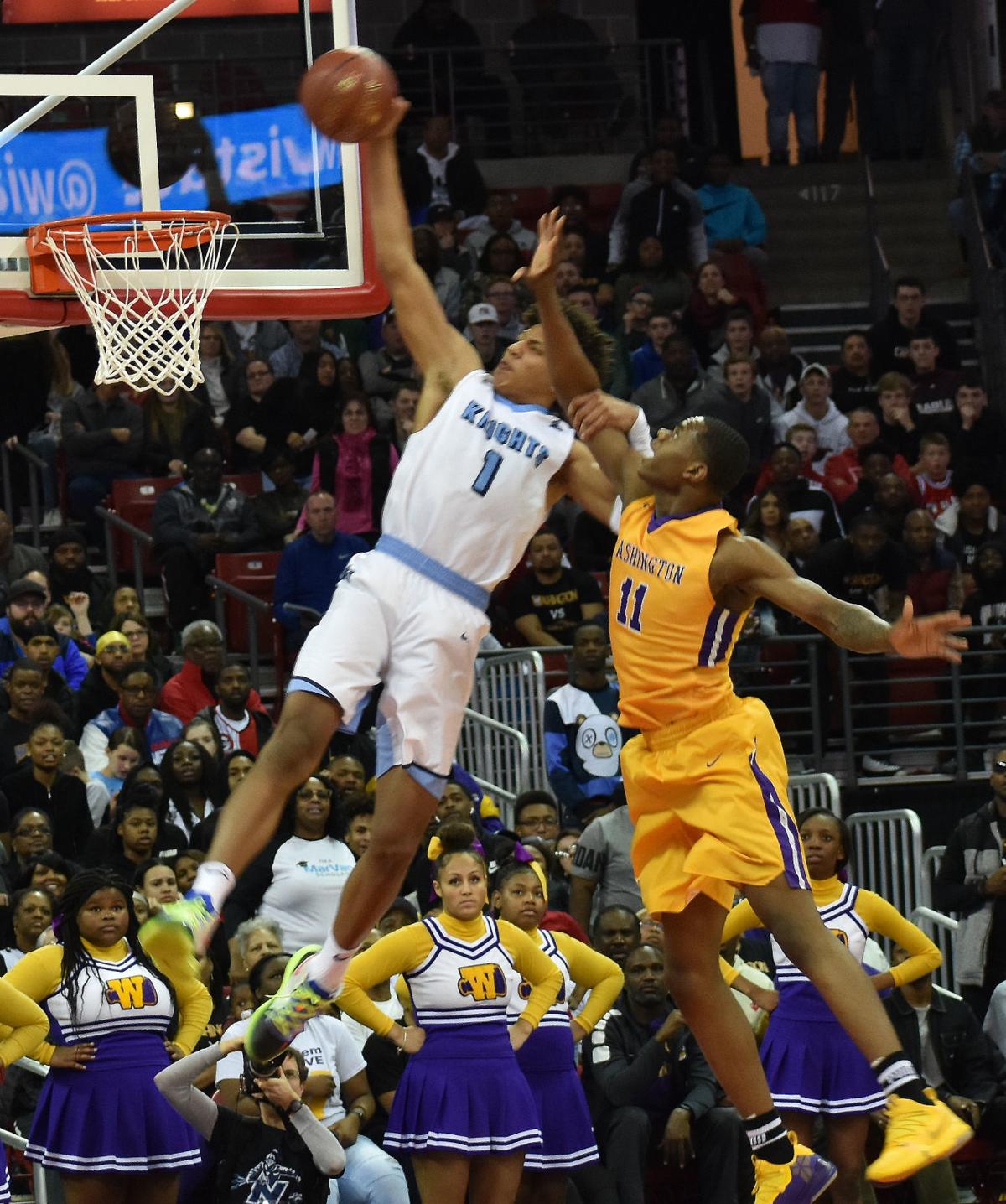 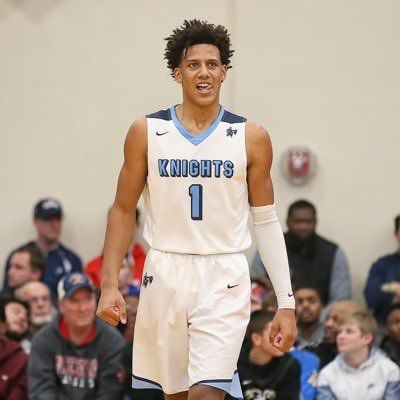 Nicolet junior forward Jalen Johnson is ESPN.com's third-rated player in the Class of 2020.

Duke University commit Jalen Johnson was granted eligibility by the WIAA and now is able to play boys basketball for the rest of the season for Glendale Nicolet, according to reports from WisSports.net and the Milwaukee Journal Sentinel.

The 6-foot-9 Johnson, a former Sun Prairie student-athlete, is eligible to play for Nicolet beginning tonight at Slinger.

Johnson, who is a senior this season and was last year’s Associated Press player of the year, helped lead Nicolet to the WIAA Division 2 state title last March at the Kohl Center. He then transferred to IMG Academy in Florida for his senior season.

Johnson received a waiver for the transfer rule from the WIAA and is set to play Friday night, his father, Rod Johnson, told the Milwaukee Journal Sentinel. Jalen Johnson, who provided news of his return to playing on Instagram Friday morning, began the school year at IMG Academy but returned home and re-enrolled at Nicolet in January, according to the Milwaukee Journal Sentinel report.

Johnson didn’t play a game for IMG Academy. According to WIAA transfer rules, because he didn’t establish eligibility there, his eligibility remained with Nicolet, according to the WisSports.net report.

What caused his status to be in question was his involvement with USA Basketball last summer and any expenses paid by that organization, but his family paid for those costs and he was able to gain eligibility, according to WisSports.net.

Nicolet, ranked sixth in Division 2 in The Associated Press state poll, is 13-3 overall and 10-2 in the North Shore Conference, tied for first with Whitefish Bay.

Jalen Johnson’s return should boost Nicolet’s chances to return to the state tournament and defend its title. Right now, Onalaska is top-ranked in Division 2 in the AP poll, followed in order by Seymour, La Crosse Central, Hortonville and Stoughton.

Jalen and Kobe Johnson had been part of the Sun Prairie program. Jalen Johnson, as a sophomore, helped lead Sun Prairie to its first state appearance, which resulted in a last-second overtime loss to Brookfield East in the WIAA Division 1 state semifinals.

But Jalen and Kobe Johnson then transferred to Nicolet that summer.

That sparked controversy in the state about player movement in prep boys basketball, concern about the influence of AAU programs and the formation of so-called “super teams,” and debate about what the WIAA should do about it.

At Nicolet last season, Jalen Johnson averaged 19.7 points, 11.7 rebounds and 5.9 assists while helping lead his team to the state title.

“I’ve been loving Nicolet,” Jalen Johnson told the State Journal in a story just prior to last year’s state tournament. “It’s one of the best decisions I’ve made.”

One of the most enjoyable, too, he said.

“My family enjoys it, as well, being able to see me and my brother on the same team since third or fourth grade,” he said.

Last July, he selected Duke over Arizona, Kentucky and the University of Wisconsin.

The Beavers are held scoreless over the game's final 2 minutes, 21 seconds.

Photos: Look back at Jalen Johnson's career as the former Sun Prairie star preps for the NBA draft

Nicolet junior forward Jalen Johnson is ESPN.com's third-rated player in the Class of 2020. 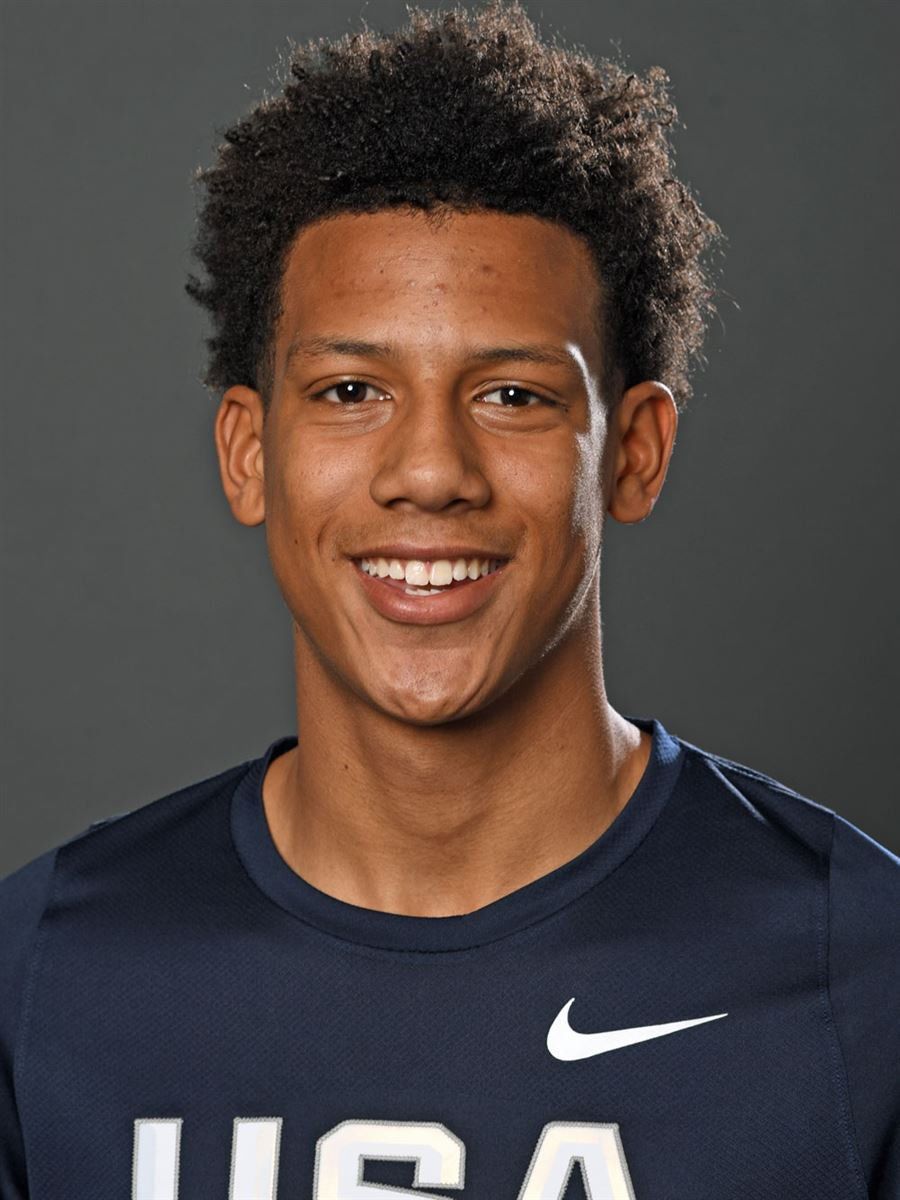