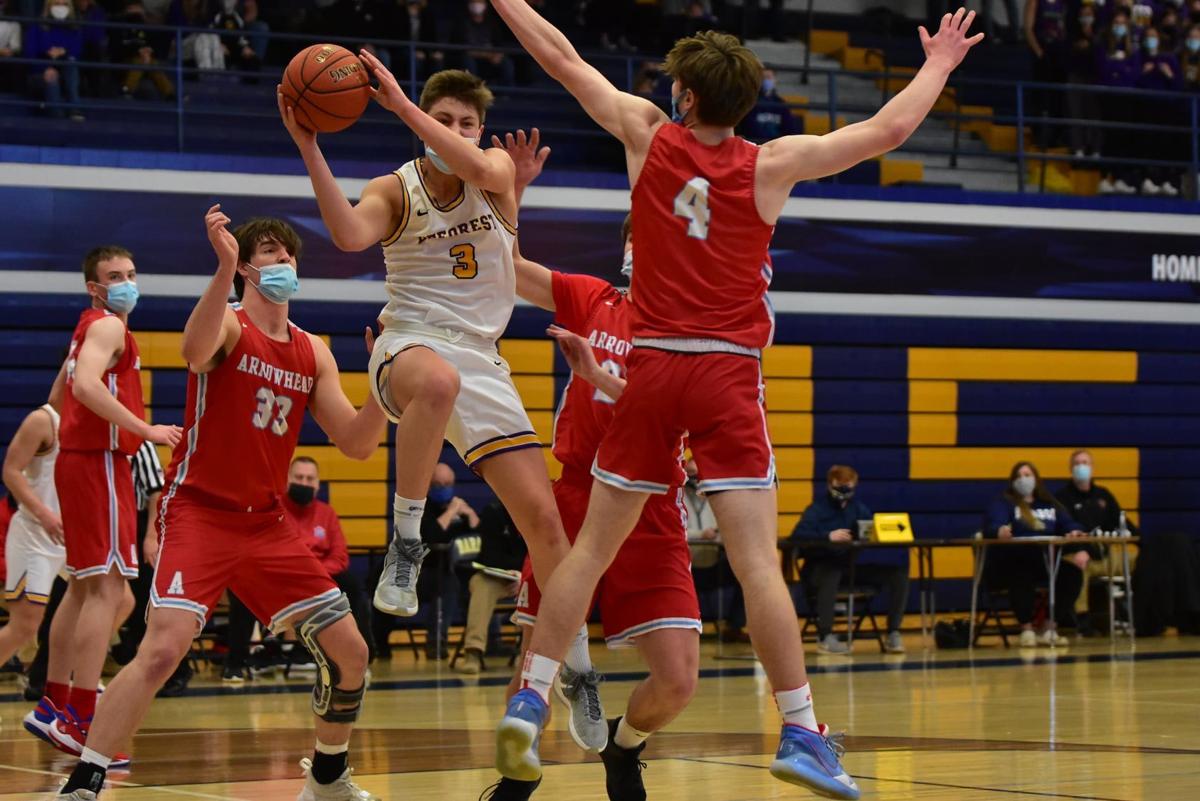 DeForest junior guard Max Weisbrod, who had 33 points, drives against the Hartland Arrowhead defense during the Norskies' 77-69 boys basketball victory in a WIAA Division 1 sectional final Saturday, Feb. 27, 2021, in Baraboo. 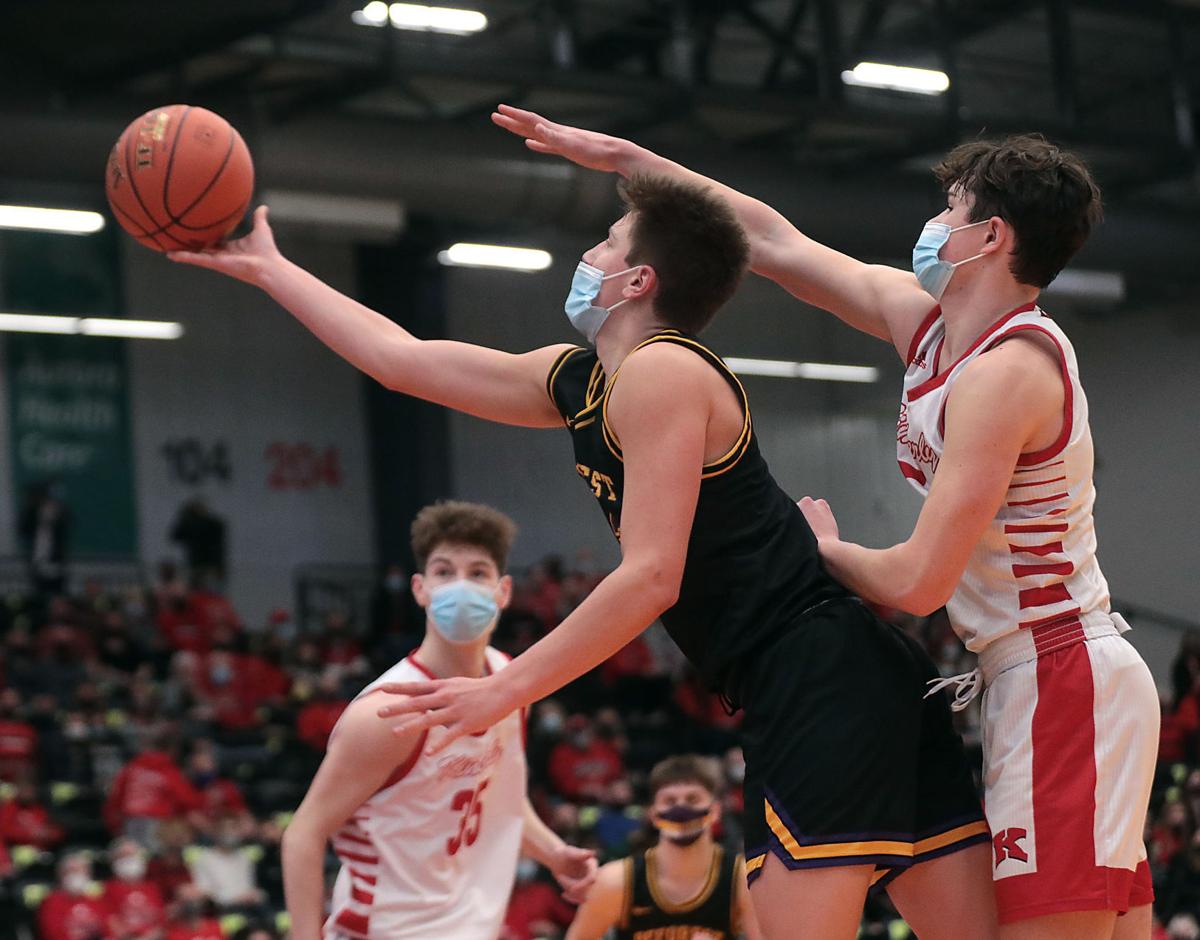 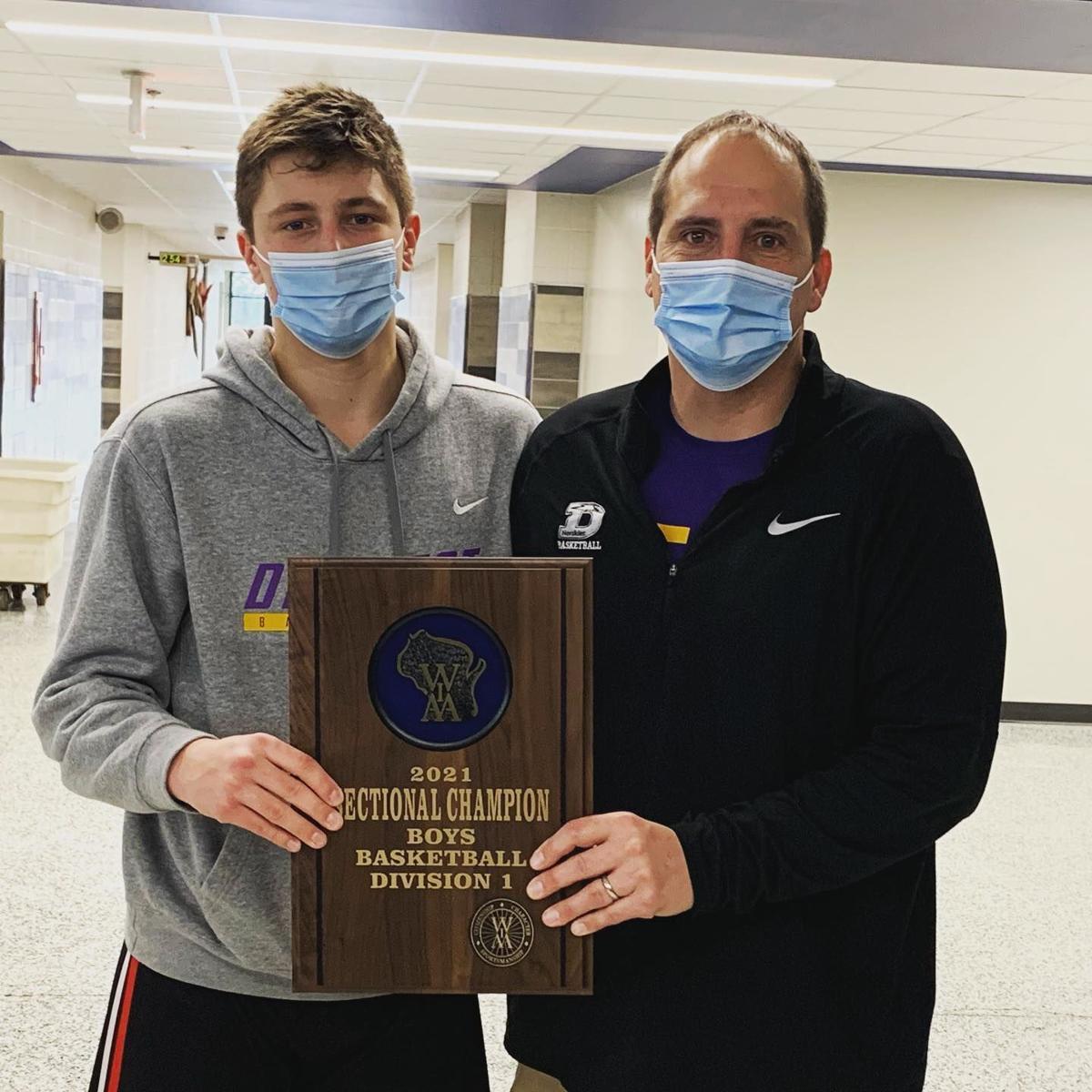 Max Weisbrod, a senior-to-be at DeForest, announced Saturday on Twitter that he has committed to Northern Michigan University and plans to compete in men’s basketball.

Weisbrod was a third-team selection on The Associated Press All-State boys basketball team, which was selected by a statewide panel of sports reporters.

He was a first-team pick on the Wisconsin Basketball Coaches Association Division 2 All-State team.

His 33-point effort carried the Norskies to victory over Hartland Arrowhead in the sectional title game.

He had 20 points and four assists in a state semifinal loss to Kimberly.

DeForest -- coached by Craig Weisbrod, who's Max's father -- played all road games last season due to the COVID-19 pandemic and corresponding health and gathering rules in Dane County.

Weisbrod tweeted: “Excited to announce my commitment to Northern Michigan.”

Cambelle Christensen, a senior-to-be at Stoughton, has orally committed to Minnesota-Duluth and plans to compete in women’s soccer.

Stoughton Girls Soccer tweeted: “COMMITMENT ALERT! Team captain, soccer wizard, and all-around exceptional human being, Cambelle Christensen, has just committed to play soccer for University of Minnesota Duluth! We get one more season with Cambelle as a Viking, then she becomes a Bulldog! CONGRATS CAM!!!”

Stoughton Sports Boosters tweeted: “Congratulations Cambelle Christensen on committing to play soccer for the University of MN Duluth! We are so excited for your future on the pitch & in the classroom at UMN Duluth!”

Whatever the season, McFarland's Katie Hildebrandt strives for excellence as All-Area Girls Athlete of the Year

Stephanie Hauser's elevation to executive director and the addition of Mel Dow and LeVar Ridgeway resulted in a new duty list for the WIAA executive staff and its other personnel.

Milton's Wedig, UW-Whitewater's Bullis, retired WIAA executive director Anderson and Edgerton's Michael Gregory are among those individuals scheduled to be recognized at next year's WFCA Hall of Fame banquet.

DeForest junior guard Max Weisbrod, who had 33 points, drives against the Hartland Arrowhead defense during the Norskies' 77-69 boys basketball victory in a WIAA Division 1 sectional final Saturday, Feb. 27, 2021, in Baraboo.