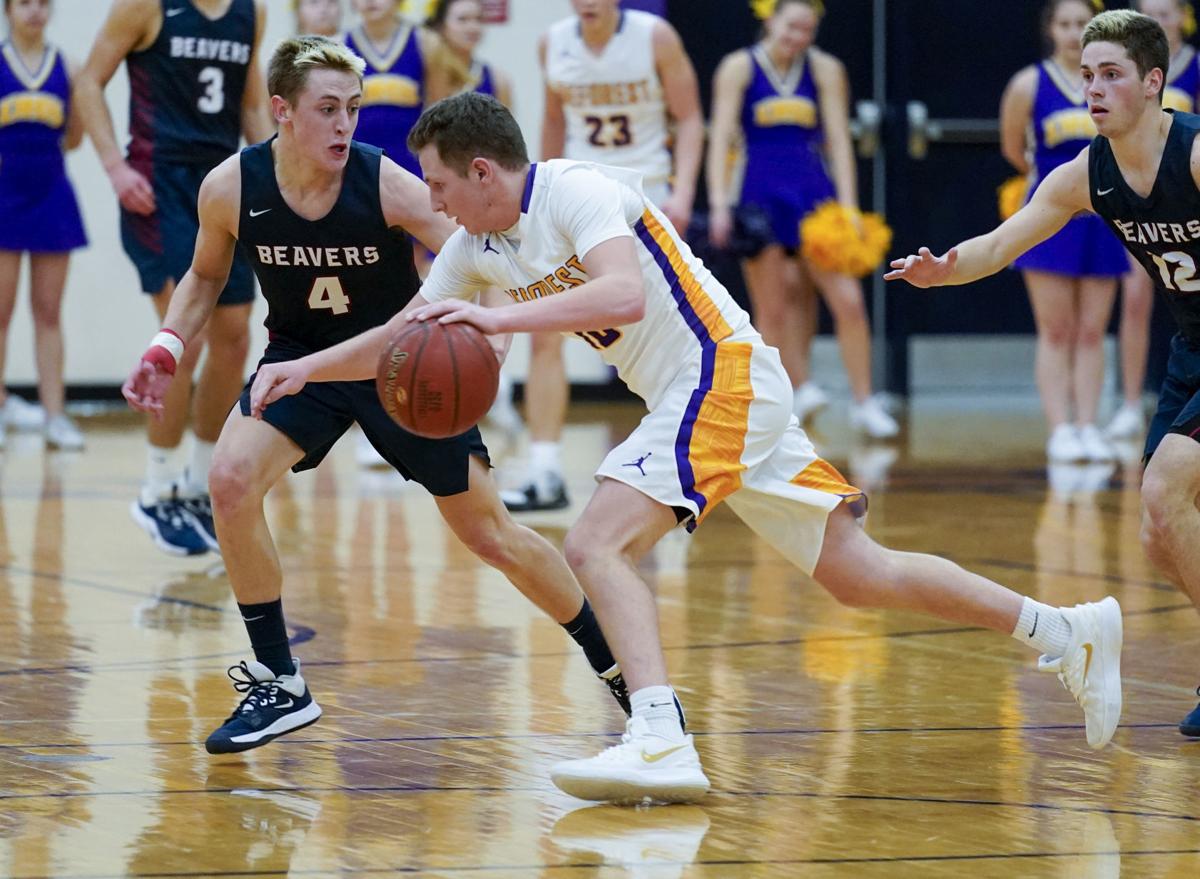 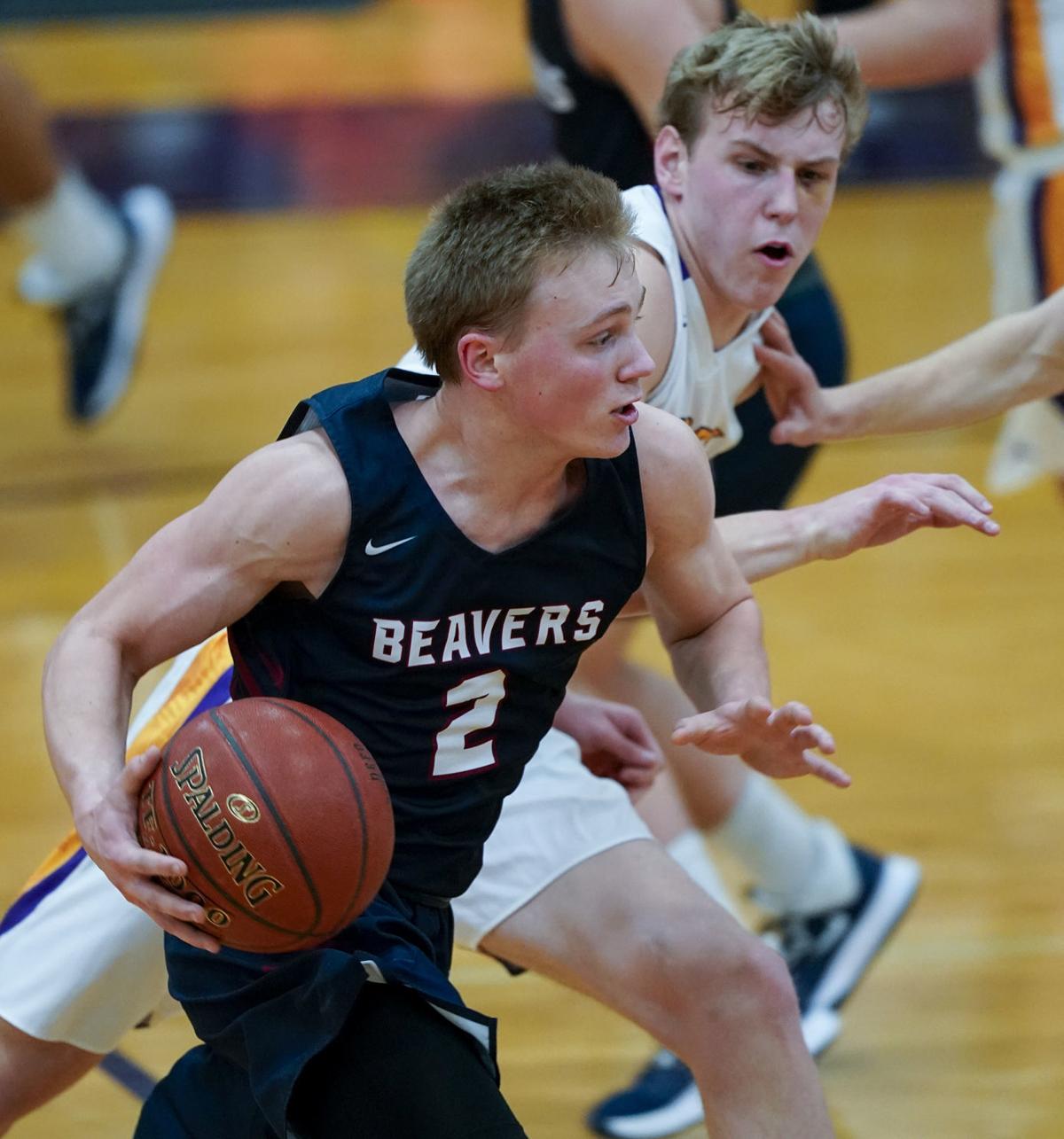 And Magli and Bonds came through in a big way Thursday night during host DeForest’s 60-54 victory over previously undefeated Reedsburg in a Badger North Conference game between two state-ranked teams.

Bonds, a 6-foot-3 wing, had a team-high 14 points and seven rebounds and the 6-1 Magli scored 11 of his 13 points in the second half when DeForest (8-2 overall, 5-1 Badger North) outscored Reedsburg 36-27 and overcame a three-point halftime deficit.

“We knew we had to step it up and start trying a little harder, and not let them keep hounding us in the paint,” said Magli, who also grabbed 10 rebounds. “So, we came out ready to play (in the second half).”

The Norskies, ranked ninth in Division 2 in The Associated Press poll, then held off a late charge by the fourth-ranked Beavers (10-1, 5-1), who rallied from a 56-47 deficit in the final 45.2 seconds.

A basket underneath by 6-3 senior Max Tully with 21.3 seconds left and 6-1 senior Will Fuhrmann’s layin after a steal with 12.4 seconds remaining rallied Reedsburg within 56-54.

“I thought we battled hard,” Reedsburg coach Josh Rupnow said. “We had a shot there at the end when it looked like we had no shot.”

But DeForest sealed the victory when Max Weisbrod made two free throws with 8.8 seconds to play and Bonds added two more free throws with 1 second left after Fuhrmann missed a 3-point shot.

Coupled with Waunakee’s loss at Mount Horeb, DeForest pulled into a three-way tie for first place in the Badger North with Waunakee and Reedsburg.

After halftime, Magli made a 3-pointer to tie the game at 27 and scored on a putback that gave the Norskies a 31-29 lead.

“That’s what he does — he gets out and runs, he knocked down that 3 and he attacked the hoop,” Craig Weisbrod said about Magli. “That’s what we are looking for.”

Baskets by senior center Colby Hartig, off an assist from Schroeder, and Max Weisbrod closed an 11-2 run after halftime, boosting DeForest’s lead to 35-29.

“I just think offensively we left a lot out there in the first half,” Craig Weisbrod said. “We shouldn’t be a team scoring 24 points. Reedsburg played good defense, but I thought we missed a lot of opportunities. We just talked about attacking and moving the ball. We would like to be a team that gets out and runs, and I think some of that is starting to evolve.”

Magli, taking a pass from Schroeder, scored on the break, putting the Norskies ahead 54-45 with 2 minutes, 13 seconds remaining. After Weisbrod made two free throws and built the Norskies’ lead to nine with 45.2 seconds remaining, Reedsburg scored seven consecutive points and closed within 56-54.

Tully led the Beavers with 17 points, while Fuhrmann added 16.

“We have done a good job sharing the ball and playing unselfishly (this season), but you look at this game and we made more mental mistakes than we have all year,” said Rupnow, adding his team also didn’t shoot well.

“They are really skilled shooters. … I thought our guys followed the game plan and contested shots,” Craig Weisbrod said.

The Norskies are trying to round into form after several of the players competed on DeForest’s WIAA Division 3 state championship football team.

“It’s taken a few games getting back to the basketball mindset from that big accomplishment that we accomplished as a team,” said Magli, a defensive back on the football team. “But I think we are coming together well.”

Dan Bayreuther, who coached Fort Atkinson and Janesville Craig, and umpire John Peterson are among those being inducted into the softball coaches' Hall of Fame.

Sun Prairie and Madison East also are in the top 10 in Division 1. DeForest, Stoughton and Reedsburg lead area teams in Division 2.

Waunakee is the top team from Badger North Conference, Monroe from the Badger South Conference.

Yocum plans to attend UW-Whitewater, while Meyers commits to UW-Eau Claire. Plus, one state basketball player is selected for the McDonald's All-American Games.