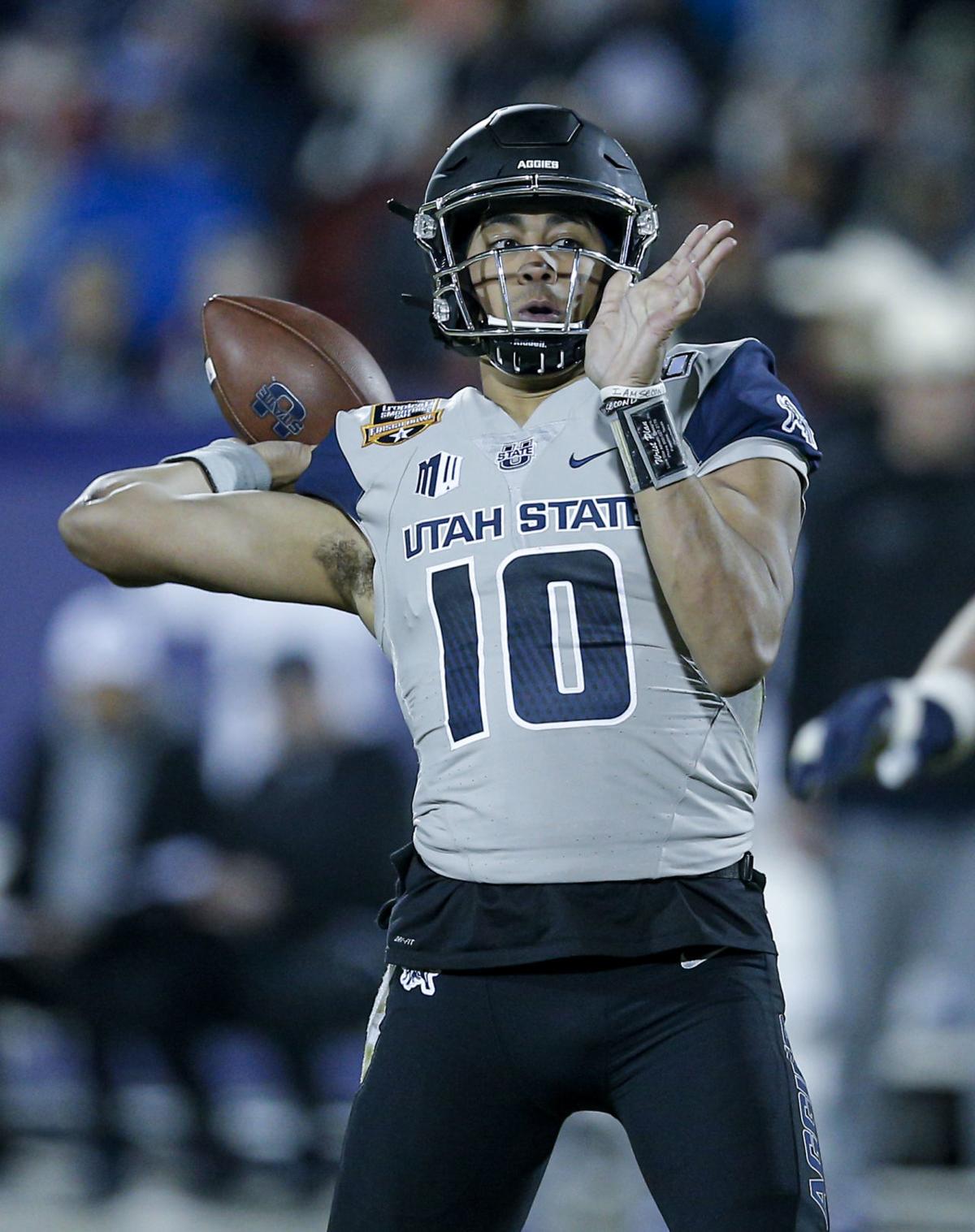 Not 15 years ago, mind you, when they drafted Aaron Rodgers to be his eventual replacement. Looking back now, even Favre can admit that then-general manager Ted Thompson made the right call by snatching Rodgers out of his draft-day freefall with the 24th overall pick in 2005.

No, the Pro Football Hall of Famer and one of the NFL’s all-time greatest quarterbacks thinks the Packers erred when they tried to replicate that move last month by trading up in the draft to take Utah State quarterback Jordan Love with the 26th pick. Favre has said so a few times since Love’s selection, and he doubled down on it late last week during an appearance on ESPN Wisconsin, saying that while he sees why Thompson did what he did, he thinks current GM Brian Gutekunst took a much bigger risk with a team that was on the verge of Super Bowl LIV last season.

“I think when I look at this situation with Aaron and my situation, yes, they’re very, very similar. But there is a big difference: They were several plays away from the Super Bowl this year. When we drafted Aaron, that wasn’t the case,” Favre said, referring to how the 2004 Packers overcame a 1-4 start to make the playoffs at 10-6 but lost at home in the NFC wild card round to the Minnesota Vikings. “So that made more sense.

“The age, obviously is the same. My last year as a Packer was one of my best years statistically speaking, and we were very close to the Super Bowl, obviously. But Aaron was several years entrenched within the organization.

“Look, I don’t know the organization (anymore). I met Matt LaFleur; he seems like a great guy, a great coach. Everyone has their reasons, and I think their intentions and reasons are for the betterment of the team. But I was very shocked that they didn’t go with immediate help that can help right now. I have no hard feelings — I don’t even know Jordan Love. And he may be a great player. Happy for him. It was just my opinion, that I felt like they would go with an immediate need — and I’m sure Aaron probably thought that as well.

“I don’t think for a second he is upset at the fact that they drafted a quarterback to replace him. He won’t be replaced unless he chooses to go elsewhere or he gets hurt. I mean, the guy is arguably the best player in the history of the game. So I just thought they’d get him some immediate help — and I think a lot of people felt that way as well.”

Favre, who has become close friends with Rodgers in recent years as Rodgers began to experience the same challenges and changes as Favre did late in his Green Bay career, has been a vocal supporter of his friend ever since the draft. The two talked in the aftermath of Love’s selection and Favre predicted that Rodgers would finish his career with a team other than the Packers — just as Favre did following his departure during the summer of 2008.

Favre admitted he put added pressure on himself during his time with the New York Jets (2008) and Minnesota Vikings (2009, 2010) and predicted Rodgers will feel similarly if it comes to him playing elsewhere after the 2020 or 2021 season — just as Favre expects New England Patriots-turned-Tampa Bay Buccaneers quarterback Tom Brady to this season.

“There’s an added expectation that you place upon yourself that only comes from the competitor that you are,” Favre said. “Let’s take Tom Brady for example. I don’t think for one second that New England didn’t want him back. They’d be fools to not want him back. I think Tom had done his thing in New England — and we may never see anything in our generation remotely close to what he did — and he just wanted to try his hand someplace else. Hopefully this season gets underway like we all hope it will. There’s going to be an excitement within him that he hasn’t felt for quite some time. And I know he’s been a true competitor year-in and year-out, but there’s going to be an added expectation that he’s going to place upon himself that just as a competitor that he is to show that he can do it somewhere else.

“The transition for me to the Jets was much harder than it was to the Vikings simply because the offense in Minnesota was what I had run for 16 years in Green Bay. I didn’t have to go in and learn a whole new language. With the Jets, it was like getting sent to China to negotiate a big blockbuster business deal and having a day on the plane to learn Chinese to communicate. I got there two weeks before we played our first game and it was a totally, totally 100% different terminology and playbook than what I was used to and that was a very added stressful situation for me that I really didn’t think about a whole lot before I got there. So I don’t know what that will be like in Tampa.

“I said that (would happen) with Aaron simply because of this: When his contract gets close to running out, it also will be running out for Jordan Love. And at that point, do you re-up Aaron for (a few more years) for $40 or $50 million, or do you go with the young guy and give him a new deal? I just don’t see the young guy getting a new, blockbuster deal without ever really proving himself. That’s really why I said Aaron would probably play elsewhere.

“They drafted him to be the next quarterback. And that move is going to have to be made in the near future. I wouldn’t say in the next two years — if Aaron were to get hurt God forbid, then it would happen sooner rather than later — but if it plays out like you expect, Aaron plays the way he always plays and it gets to contract time, I don’t know what they’re going to do. But they drafted (Love) to make that move at that point. So I don’t see them drafting him in the first round — trading up and drafting him in the first round — to let him sit for eight more years.”

That said, Favre admitted he should not have announced his retirement in March 2008, in the wake of the Packers’ overtime loss to the New York Giants in the 2007 NFC Championship Game. Favre’s announcement opened the door for Thompson and coach Mike McCarthy to transition to Rodgers, who ascended to the starting job and then endured the melodrama of training camp, as Favre unretired and claimed he wanted to compete for his old job before being dealt to the Jets.

Unlike himself, Favre said he doesn’t see Rodgers stepping away voluntarily to make it easy on the Packers to move on to Love. After all, while Favre mulled retirement seemingly every offseason, Rodgers has insisted that he plans to play into his 40s. He’s set to turn 37 in December.

“If I could go back and do things differently, I certainly would,” said Favre, whose overtime interception against the Giants turned out to be his last pass with the Packers. “When I made the decision to tell Mike McCarthy that I would retire, I was probably a month, month-and-a-half removed (from the season). It was before the draft. I always make this (comparison) — and maybe it makes sense to me and not to others — but if you think back to when you were in grade school, you couldn’t wait to get out of school for the summer. But by the end of the summer, you were kind of ready to go back to school. And that is kind of the way it was with football. And the older I got, the tougher it got to get re-invigorated and excited about it.

“I would much rather have not said anything and just bought a little time. Of course, everyone knew by that time I couldn’t make up my mind two months removed from the season anyway. We had been down that road before. But I knew, and I have no ill feelings about this, but I knew they were sort of ready to go in a different direction. And at some point you’ve got to make that transition, and Ted felt like that was probably the best time. It turned out to be a great move. And I’d tell Ted that to his face right now.

“It was a great move drafting Aaron Rodgers, and it was a great time to make that transition. And it’s worked out well for them. The jury is out whether or not the same will happen with Jordan and his transition. We will see.”

A year after major investments on defense, Packers hope for improvement from within, coaching in 2020

The team’s only defensive additions were free-agent inside linebacker Christian Kirksey and three draft picks.