GREEN BAY — Aaron Rodgers could not remember who he was talking to. He thought maybe it was wide receiver Marquez Valdes-Scantling, but he wasn’t sure. It might’ve been someone else standing nearby midway through Sunday’s win over the Cincinnati Bengals.

Not that it mattered. The Green Bay Packers quarterback knew what was said — and knew what he was thinking as he watched unsung inside linebacker De’Vondre Campbell continue to lead a Packers defense that, roughly four months earlier, Campbell hadn’t even been a part of.

“We just said, ‘How in the hell was this guy on the street?’” Rodgers said of Campbell, who’d been unemployed — despite playing in 75 career games (70 starts) over five seasons with the Atlanta Falcons and Arizona Cardinals — until the Packers signed him on June 9.

“It’s a great pickup by our personnel folks. He can run, he’s a great tackler, he’s around the ball all the time, he’s a great locker room guy. I mean, it’s baffling to me.”

He’s not alone. Xoach Matt LaFleur, whose time as an assistant coach in Atlanta overlapped with Campbell’s rookie season of 2016, was just as perplexed Campbell wasn’t already on a roster when general manager Brian Gutekunst and the personnel staff signed him.

“I’m sure glad he wasn’t, for our sake,” LaFleur said, adding he and Campbell had spent part of the team’s charter flight back from Cincinnati talking on Sunday evening. “’Dre’ has been outstanding. He’s been so consistent, making plays, being physical, flying around the field.

“I think our guys are really getting to know him, just as a person. I think he’s a great person … and (I’m) just really, really glad he’s a part of our football team.”

Entering this Sunday’s game against the Chicago Bears at Soldier Field, Campbell has registered a team-high 48 tackles through five games while intercepting two passes, recovering a fumble, registering one tackle for loss and one quarterback hit while also being the defensive communicator in the huddle, relaying defensive coordinator Joe Barry’s calls from the sideline.

At a position where the Packers have struggled to find a player who can combine sure tackling and splash playmaking, Campbell has managed to do both during the team’s 4-1 start.

“That’s a guy who walked in the building, studied his butt off, got the plays and started making the plays right away,” outside linebacker Rashan Gary said. “Me coming into Year 3 and seeing a player that’s just able to do that, it was like a ‘Wow’ moment. I love playing with this guy. He’s bringing the juice, flying around and making us a better defense.”

A fourth-round pick from the University of Minnesota in 2016, what intrigued the Packers about Campbell was his unusual combination of size and coverage ability. At 6-foot-4 and 232 pounds, Campbell is the rare inside linebacker who has enough bulk to be stout against the run but enough agility and athleticism to cover tight ends and running backs.

While not as fast as some of the league’s elite inside linebackers, his football IQ seems to more than make up for it — which is why LaFleur was already touting Campbell as a potential difference-maker only a week into training camp.

“I think I’m doing a pretty good job considering that I came in really late. I didn’t have a full offseason with my guys on defense,” Campbell said after Sunday’s win. “I think I’m doing a pretty good job right now. There’s still some things I can get a lot better at, as always. There’s always things you can get better at. But I think we’re off to a good start. There’s a lot of football left, so I just have to continue to make corrections and continue to get better and strive for perfection.”

LaFleur said that in Barry’s defense Campbell has “a little bit more freedom” than in his past systems. In his first five NFL seasons, Campbell averaged 92.4 tackles per year and recorded a total of three interceptions and 7.5 sacks. In 11 games (10 starts) with Arizona last season, he had 99 tackles, an interception, a forced fumble, two sacks and three pass break-ups.

“We’re just so thankful to have him,” Rodgers said. “Because I think as he continues to make plays, his leadership opportunities will continue to grow, guys listen to him. (For now), he’s leading the defense as much as he feels comfortable. And that’s a guy we’re really lucky to have.”

The Green Bay Packers survived a late push from the Baltimore Ravens, hanging on for a 31-30 victory and clinching the NFC North Division titl…

The Green Bay Packers held on for a 24-22 victory over the Cleveland Browns in a Christmas Day battle Saturday at Lambeau Field in Green Bay.

For Mason Crosby and Packers’ field goal unit, misses against Bengals were a team effort

Replays show snaps may have been the problem on at least two of the kicks.

The joy of surviving Sunday's emotional rollercoaster is one reason the Packers’ celebration could be heard loud and clear even through the wall separating the visiting locker room from the cramped room where postgame interviews were held a few minutes later.

The Packers veteran kicker had missed not one, not two, but three potential game-winning field goals. He also shanked a PAT.

The left-to-right consisted of Yosh Nijman at left tackle, Jon Runyan at left guard, Lucas Patrick filling in at center, Royce Newman at right guard and Billy Turner, the lone veteran of the bunch, at right tackle.

Showers featuring a few thunderstorms will hit southern Wisconsin from late Wednesday morning into the evening, with an isolated strong storm possible, according to forecasters.

Current and former players and others around the league have varying opinions about a key question that arose in light of the racist, homophobic and misogynistic thoughts expressed by Jon Gruden in emails he wrote from 2011-18.

Justin Fields 'worried about winning,' not measuring himself against Aaron Rodgers

Justin Fields is excited to see Aaron Rodgers play against the Bears defense but isn't measuring himself against the Packers quarterback.

Jim Polzin: The Packers’ offense has been good but needs to be better. Here are 3 ways that can happen

The Packers' schedule is about to get much tougher. The offense is going to have to improve if Green Bay wants a shot at a deep run in the playoffs. Here's how it can improve.

For ageless Marcedes Lewis, contributions to Packers — blocking, catching, leading — about ‘not wasting a gift’

During the 25-22 overtime win over the Cincinnati Bengals last Sunday, Lewis had not one but two legit highlights: a 14-yard catch on a drag route in the second quarter to set up the Packers’ first touchdown of the day; and a 20-yard tight end screen pass on the final drive of overtime, a bruising catch-and-run that helped set up kicker Mason Crosby’s winning 51-yard field goal.

With almost entirely the same personnel as they used under Chuck Pagano last season, the Bears have returned to the top 10 in many key defensive metrics under first-year coordinator Sean Desai.

Packers injuries at cornerback could mean Fields day for Bears

Green Bay is set to play against Chicago on Sunday without injured starting cornerbacks Jaire Alexander and Kevin King.

Aaron Rodgers and the Packers extended their winning streak to five games with a 24-14 victory over the NFC North rival Bears Sunday at Soldier Field.

Jim Polzin: Wins are piling up for the Packers — but so are the injuries

Matt LaFleur's team has had to use a makeshift lineup while being without several key players. But six games into the 2021 season, Green Bay has a two-game cushion in the NFC North.

‘I still own you!’ Packers, Aaron Rodgers continue dominance of Bears in 24-14 win

Green Bay now has a 22-5 record against Chicago with Aaron Rodgers as the starting quarterback.

Packers' rookie center Josh Myers injured his knee during the game's opening series and did not return. 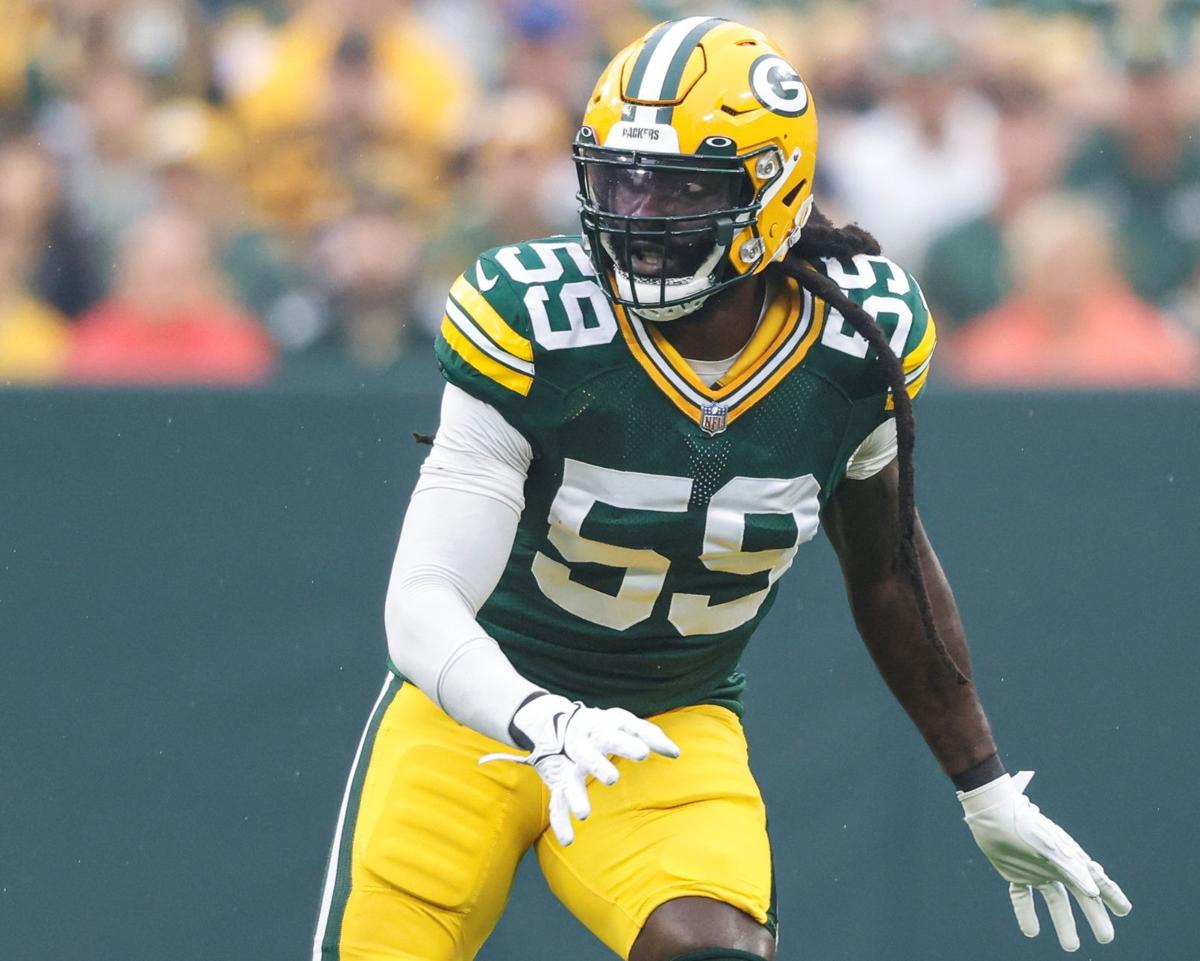 Packers inside linebacker De'Vondre Campbell leads the team in tackles (48) and interceptions (2) through five games. 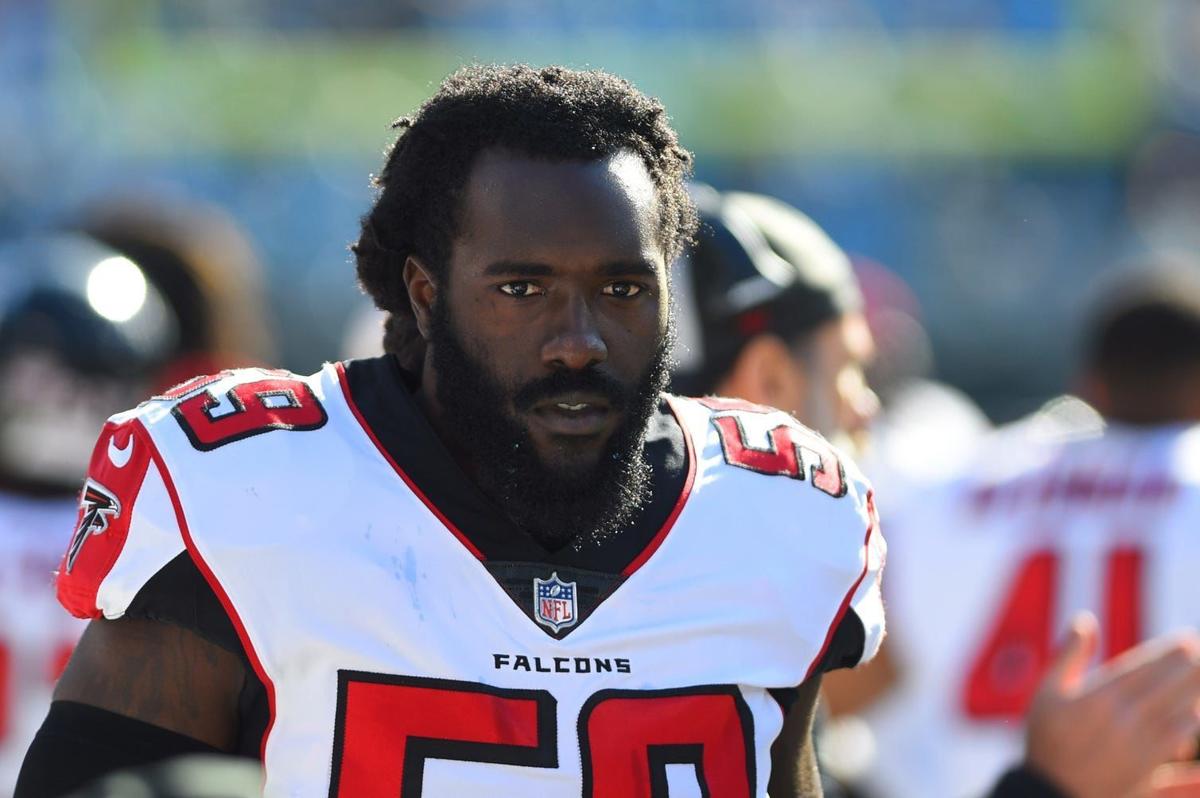