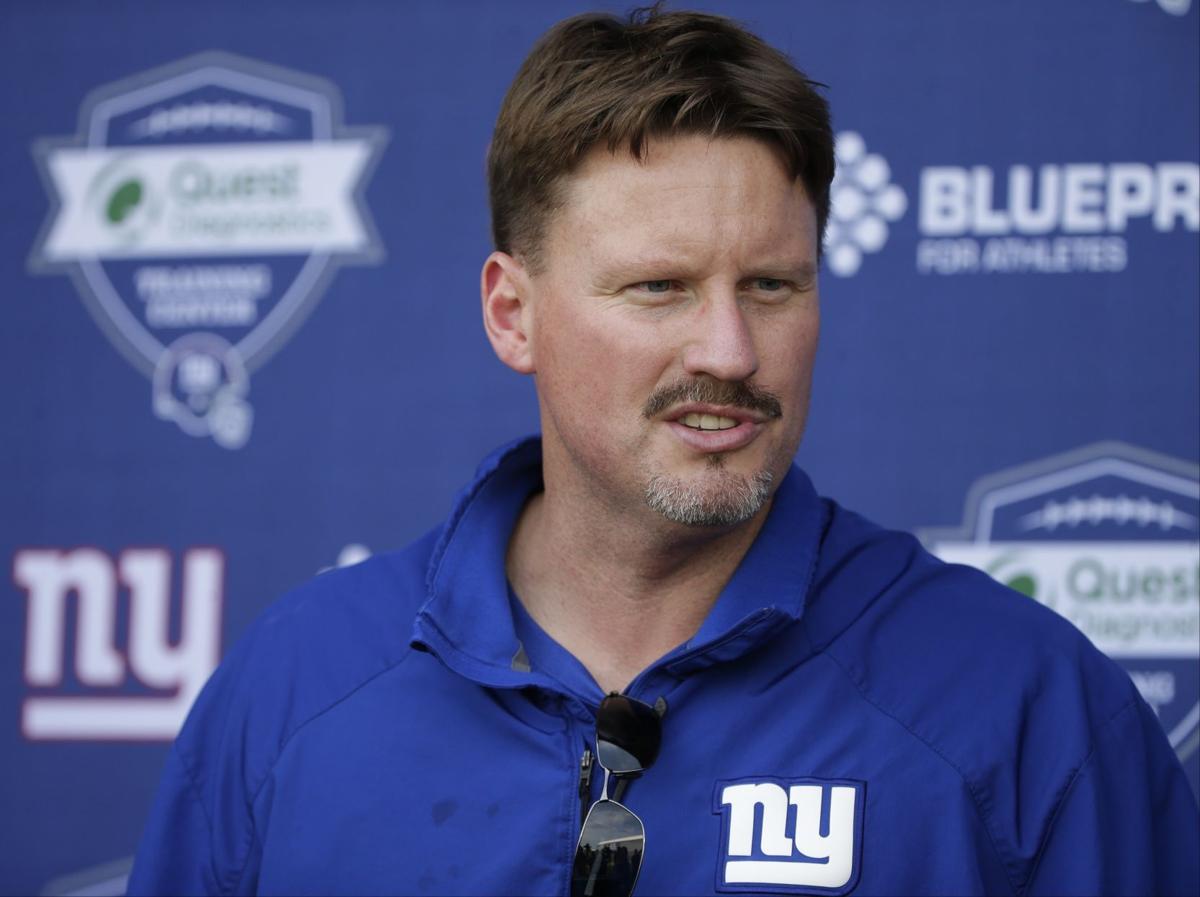 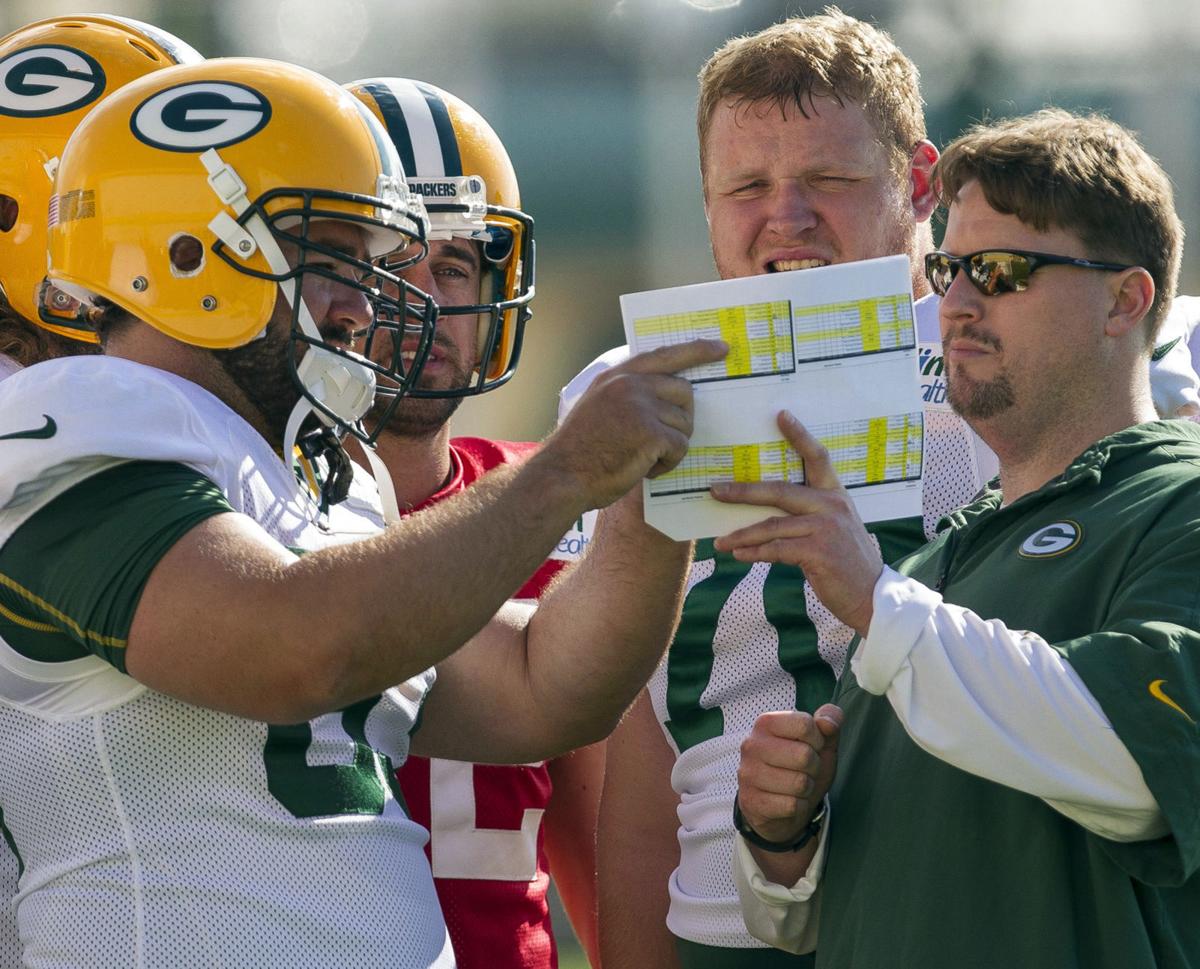 GREEN BAY — What a great story. The teacher vs. the student narrative. Their shared Western Pennsylvania backgrounds. Their similar expertise on the offensive side of the ball. The wonderful anecdote of the eager-beaver driving through a snowstorm to stalk the proven NFL assistant in Indianapolis.

Yes, the matchup between Mike McCarthy’s Green Bay Packers and Ben McAdoo’s New York Giants would make for a fabulous tale. Except for one thing: Neither one of them was particularly interested in contributing to it in the days leading up to Sunday night’s game at Lambeau Field.

“I’m not someone who’s overly emotional or dramatic or any of those types of things,” McAdoo said during a conference call with Wisconsin reporters. “I like to take care of the task at hand and focus on my work.”

Yet another way they’re two peas in a pod.

“It makes for great TV, your camera and all that other nonsense,” McCarthy said this week.

Two days later, it was more of the same.

“This is an important game for us because frankly, it’s the next game, it’s a home game, it’s an NFC game,” he said. “The personal part of it, those are really things that are private. I’m obviously proud of what he’s done and what he’s doing, but this is an excellent football team, excellent organization (and) we’re just focused on trying to (beat them).”

You can’t blame McCarthy and McAdoo for not wanting any part of the touchy-feely storyline about them being on opposite sidelines for the first time. While others live for such stories, they have aspects of their football teams they need to fix and games to win.

McAdoo, who was the Packers’ tight ends coach from 2006 through 2011 and the quarterbacks coach in 2012 and 2013, wants his team to bounce back from back-to-back losses and is focused on getting wide receiver Odell Beckham Jr. refocused on football.

Asked Friday if he talks to McCarthy during the season, McAdoo replied, “I usually don’t get a chance to speak with my wife, let alone any other coaches in the business.” Asked if Sunday night’s game would hold special meaning to him, he said, “No. It’s one of 16.”

“I think we all have to know, ‘Hey, it’s going to be important to him,’ ” Giants quarterback Eli Manning said. “Any time a player, coach, anybody goes back to play a game against their former team, it’s important. It means something. But he understands this is important because … we’ve lost two in a row, and it’s a big one for us, it’s a big one for this team.”

McCarthy is hoping to bring back the days when quarterback Aaron Rodgers was lighting up the scoreboard — like he did with four touchdown passes in the first half of a victory over Detroit on Sept. 25. Coming off last year — the Packers’ least productive offensive season under McCarthy — sustaining what might have started against the Lions is the priority.

“I am looking forward to seeing him before the game,” McCarthy said in a conference call with New York-area reporters. “But he’s focused on what he should be with his family and his football team. And I am doing the same.”

Even so, McCarthy couldn’t help but let his guard down enough to talk of the pride he has for McAdoo. He talked about how, when he decided to shift McAdoo from tight ends to quarterbacks after the 2011 season, McAdoo showed the head-coaching chops McCarthy believed he had. McAdoo even won over Rodgers, who was initially skeptical of the move after six seasons with Tom Clements as his quarterbacks coach.

“Being able to work with him for a few years — well, a lot of years, but directly for two years — it’s always nice to see guys get promoted like that and get an opportunity,” Rodgers said. “It was fun to see Joe (Philbin) get an opportunity in Miami and then Ben work up the ranks very quickly from tight end coach to quarterback coach to offensive coordinator of the Giants and then kind of coach-in-waiting. He did it the right way. He’s a grinder. He’s a great attention-to-detail (guy). I’m happy for him. Really happy for him.”

While talking to reporters who cover the Giants, Rodgers joked about McAdoo’s wardrobe (“He’s famous for his layering”) but also said he has his reservations when McAdoo took over quarterbacks.

“You’re always interested in how the relationship is going to be. It’s such an important relationship for us (quarterbacks) because we work every single day together,” Rodgers said. “I came off Tom Clements, who was my coach for years, and we had a really good relationship.

“The thing about Ben, though, how he earns your respect is that he’s a grinder. He’s great at Xs and Os, he’s great with the ball. He cares about it and when you see somebody who cares about it as much as Ben does, you can’t help but have respect for the guy. I think we both learned a lot from each other, and I hope he would say the same thing. But I enjoyed working with him. He was a stickler on the fundamentals and on the little things, and I always appreciated that about Ben because he held me to a really high standard. That’s the quality of a very good football coach.”

For as much as the principals involved were asked about the McCarthy-McAdoo dynamic during the week, no one shared the story of how their relationship began.

In 2004, after one-year gigs as an assistant at Michigan State a 25-year-old McAdoo began making calls to NFL teams, including one to McCarthy, who at the time was the offensive coordinator of the New Orleans Saints and was on the verge of hiring someone else as offensive quality control coach. McCarthy was also on his way to Indianapolis for the annual NFL scouting combine.

“He said, ‘I think the position is filled. We have to go through all the red tape and everything like that, but we have a pretty good candidate right now,’ ” McAdoo said last winter. “He (said he) would let me know after he got back from Indianapolis if the job was filled or not. I did not want to wait. I wanted to try and grab him as soon as I could get my hands on him.”

And so, McAdoo jumped in his crummy old Daewoo sedan through a snowstorm to Indianapolis and waited for McCarthy at his downtown hotel. He would not get the job right away — instead, McAdoo made brief stops at Pittsburgh and Akron during the following year — but made enough of an impression on McCarthy that he got the job as the Saints’ quality control coach in 2004. He then followed McCarthy to San Francisco in 2005 (quality control) and Green Bay in 2006 (tight ends).

“I remember the first day I met him,” McCarthy said in Janurary after McAdoo’s promotion. “I talked to him at the Indianapolis combine. I was the offensive coordinator for the New Orleans Saints and he had called me on the phone, was seeking an opportunity just to talk football.

“He was coaching — I don’t recall the school, somewhere up in New York or Connecticut — and we talked on the phone that evening and then the next day at lunch, when I was coming back from the workouts at the combine, Ben was sitting in the hotel lobby waiting for me. He drove all night just for an opportunity to sit down and talk football.

“So that’s my first impression of Ben McAdoo and then obviously to what he’s put himself in position for, it’s just no surprise.”

Jason Wilde covers the Packers for ESPN Wisconsin. Listen to him with former Packers and Badgers offensive lineman Mark Tauscher weekdays from 9-11 on “Wilde & Tausch” on

Photos: The Packers' 2016 season in pictures

Packers: Without Jared Cook, it's Plan B at tight end

The offense will miss the tight end’s ability to stretch the middle of the field.

Mike McCarthy admits he should have played the receiver in the preseason.

He'll next face a Giants' receiving corps considered one of the league's best.