He just had the best hair.

The fourth-round pick out of Mississippi came off the board after first-round pick Eric Stokes, a cornerback from Georgia; second-round pick Josh Myers, a center from Ohio State; and third-round pick Amari Rodgers, a wide receiver from Clemson who has drawn immediate comparisons to ex-Packers slot receiver Randall Cobb, who also happens to be Rodgers’ mentor.

But it was Newman who caught sideline observers’ eyes with his curly blond mullet, which he’s been growing out for more than two years. And while he plans to find a Green Bay-area barber to trim the front and sides of his ‘do, don’t even think about putting an end to the party in the back.

“I’ll trim the top, but the back’s been two years, so it’s getting a little crazy,” Newman said with a chuckle after the second of the two minicamp practices.

“I had like a little baby mullet like in 2019 when I first started growing it out. I kind of cut the sides, but it wasn’t really looking too good. I was going to shave it after that season, but then it just became a part of me. I just never cut it since. I think it’s staying for good.”

The Packers love more about Newman than just his long, flowing locks, though, and that should improve his chances of staying on the roster for good. They’re especially enamored with his potential versatility, something the team has put a premium on with its offensive linemen since coach Matt LaFleur arrived in 2019.

Newman played every offensive line position except center at Mississippi, though he played primarily left guard in 2019 and right tackle last season. And he worked everywhere on the line — including center — during Senior Bowl practices in January. Curiously, his versatility actually dates to high school, when he “pretty much did everything but O-line — played like receiver, tight end, defense, really everywhere” before college recruiters told him his future was on the line.

“Any time you get guys on your football team that can do multiple things, it gives you flexibility, especially when injuries occur,” Packers co-director of player personnel Jon-Eric Sullivan said. “So yeah, we were attracted to the kid, to the makeup of the kid, the wiring of the kid — and then the talent, as well. We think he can play winning football at guard and tackle, (and he) probably could even kick inside to center if that was ever needed.”

Asked about Newman’s personality, Sullivan replied: “He’s a good kid. He’s a blue-collar kind of tough, very personable, got a good sense of humor, good wit about him. Kind of your typical offensive lineman, if you will.”

If the 6-foot-5, 310-pound Newman can be the typical fourth-round offensive lineman the Packers have taken in recent years, they’ll be ecstatic. That’s the round the late Ted Thompson mined during his 13-year tenure as the Packers general manager, adding the likes of Josh Sitton (2008), T.J. Lang (2009), David Bakhtiari (2013) and JC Tretter (2013). Sitton, Lang and Bakhtiari all went on to have Pro Bowl careers, with Bakhtiari having been a five-time All-Pro and three-time Pro Bowl pick.

With Bakhtiari coming off reconstructive knee surgery after suffering a torn ACL during a Dec. 31 practice, the Packers aren’t sure whether he’ll be ready for the Sept. 12 regular-season opener at New Orleans. If he’s not, veteran Billy Turner would likely move from right tackle to left tackle, as he did late last season, and Newman could put himself in the running to start at right tackle with a strong training camp. Last year’s No. 3 tackle, former University of Wisconsin offensive lineman Rick Wagner, was released in March.

“One of the key messages to our team is it doesn’t necessarily matter how you got here. All that matters is what you do when you are here,” LaFleur said during a break in the rookie camp. “These guys are going to have to earn it. But we are excited about what we saw leading up to the draft and then out there on the field in the limited exposure that we had. But again, these guys are going to have to do it on a consistent basis.”

Newman will certainly have to compete for an opportunity as he was the fifth of the six offensive linemen general manager Brian Gutekunst has taken over the past two drafts. Gutekunst took Michigan guard Jon Runyan, Oregon center Jake Hanson and Indiana guard Simon Stepaniak with three consecutive sixth-round picks a year ago, then took Myers, Newman and the University of Wisconsin’s Cole Van Lanen (sixth round) this year.

LaFleur said the Packers will keep Myers at center for the time being as they look to replace another former Ohio State center, Corey Linsley. Linsley, the NFL’s first-team All-Pro at center last season, left in free agency in March to join the Los Angeles Chargers. And with third-year left guard Elgton Jenkins capable of playing all five offensive line positions, Jenkins could be on the move at some point, too, meaning the youngsters may be competing for a starting guard spot instead.

“They just like the idea that I can go out there and play any position that they want me to. That was one of the main things that they drafted me for,” Newman said. “I’ve probably got to work more at guard, just because I hadn’t played there this past season. I started there a couple of years ago. When I was starting at guard, I was very comfortable doing it, but this past year I started at tackle, so just kind of getting used to playing back at guard again with different changes of speed.”

“It feels so good to be out there with these guys,” LaFleur said.

With or without Aaron Rodgers, Packers get 5 prime-time games, will open 2021 season in New Orleans

The NFL did leave itself a couple of late-season scheduling escape hatches if Rodgers isn’t the Packers’ quarterback this season.

"It would change a lot," said the wide receiver, who will be a free agent after the season. 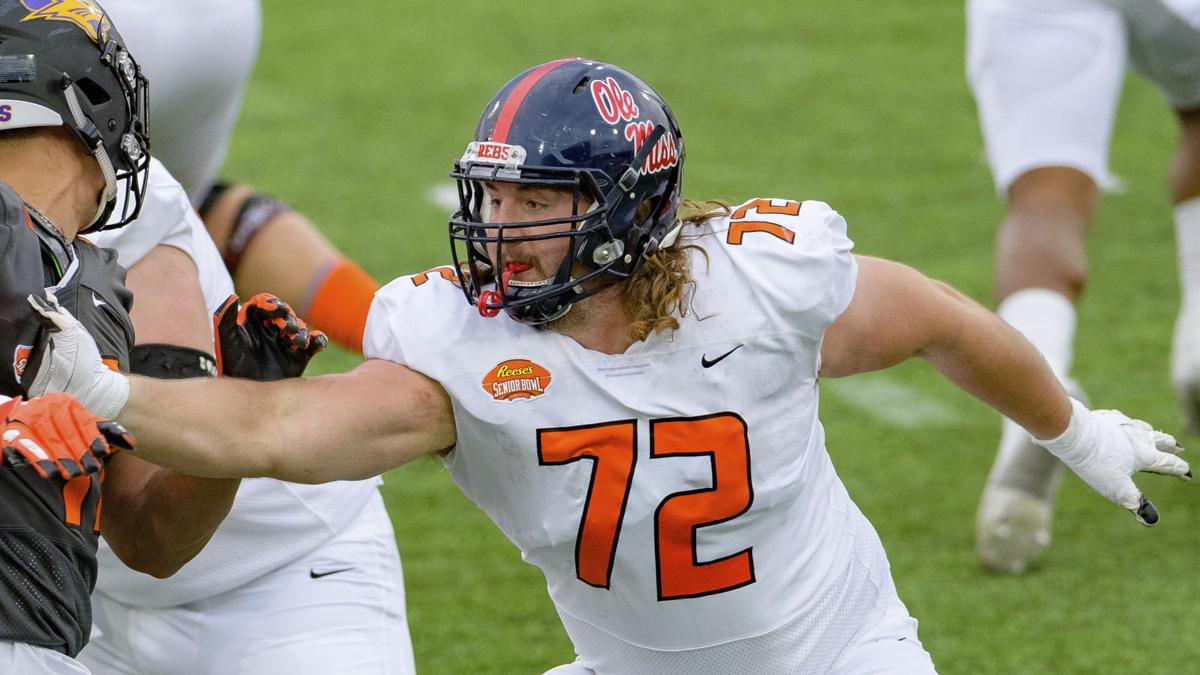 Royce Newman started all 12 games at left guard for Mississippi in 2019. He switched to right tackle for all 10 games in 2020. 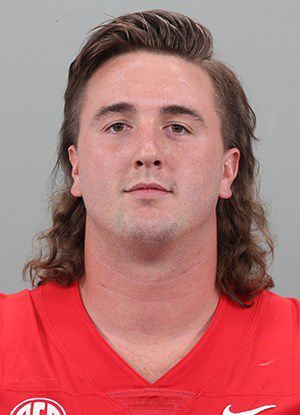