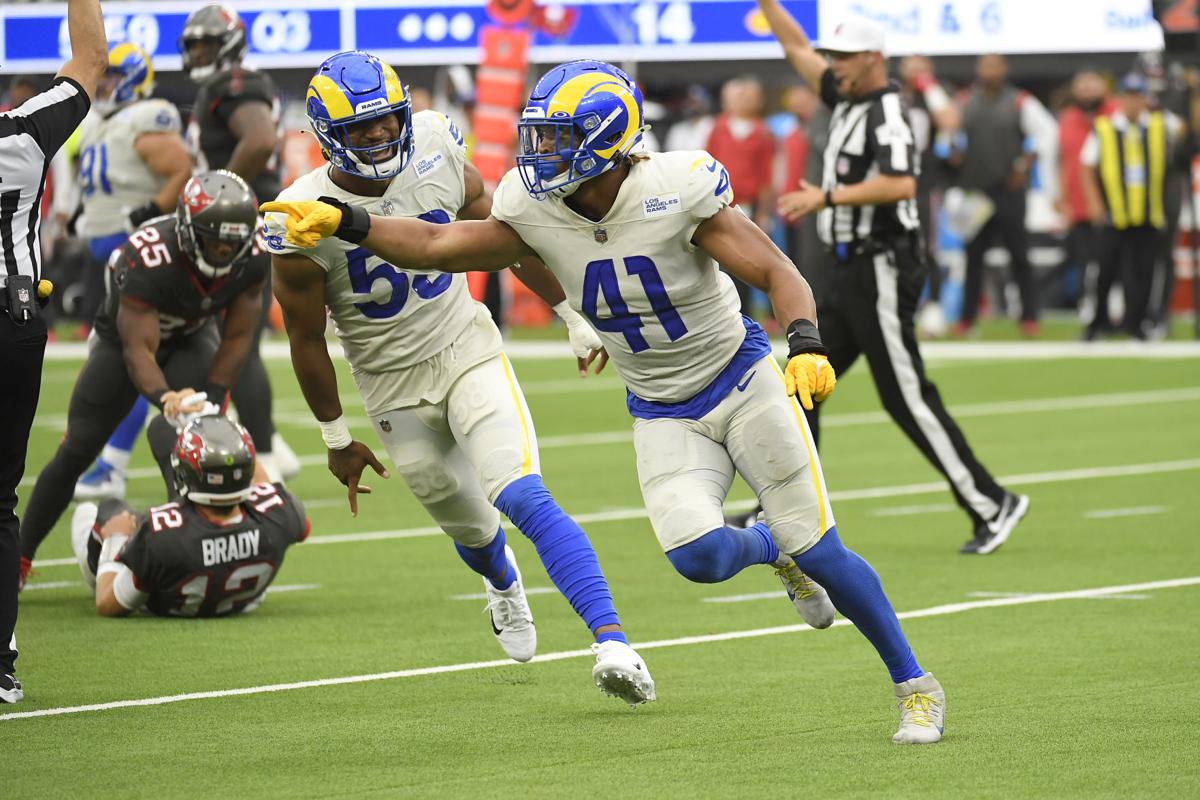 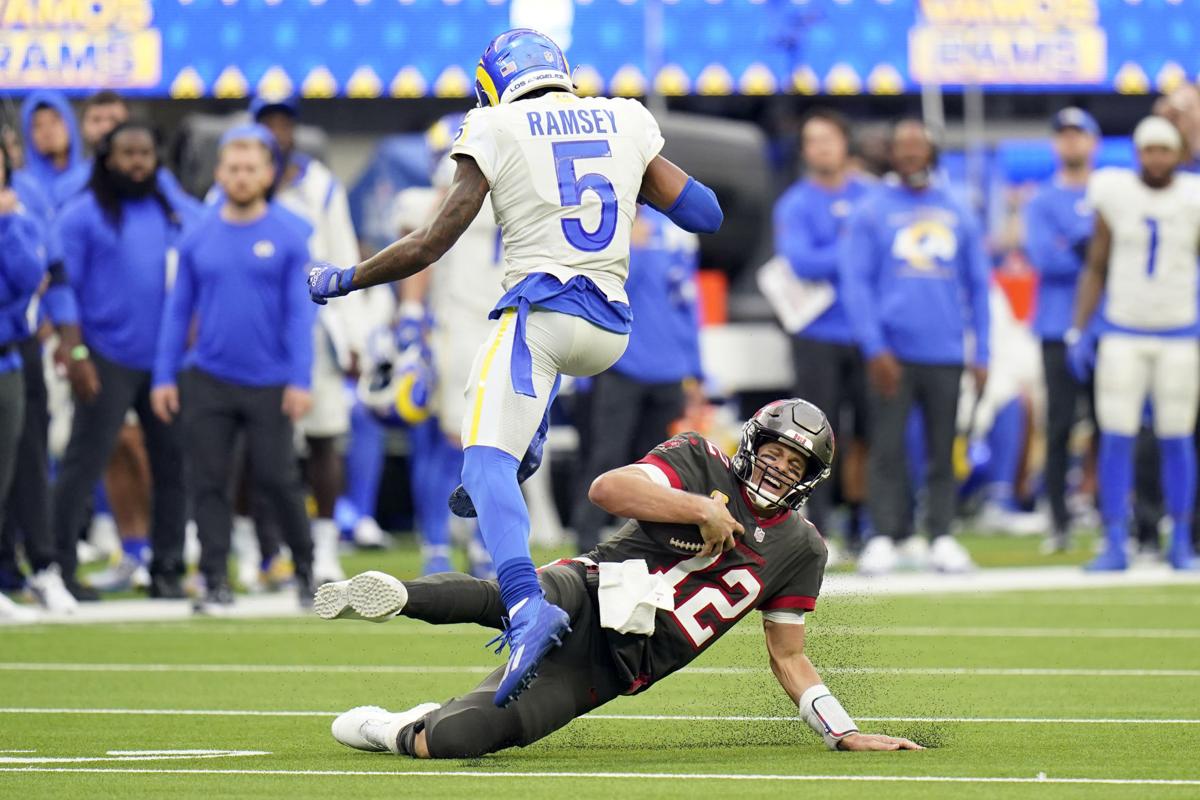 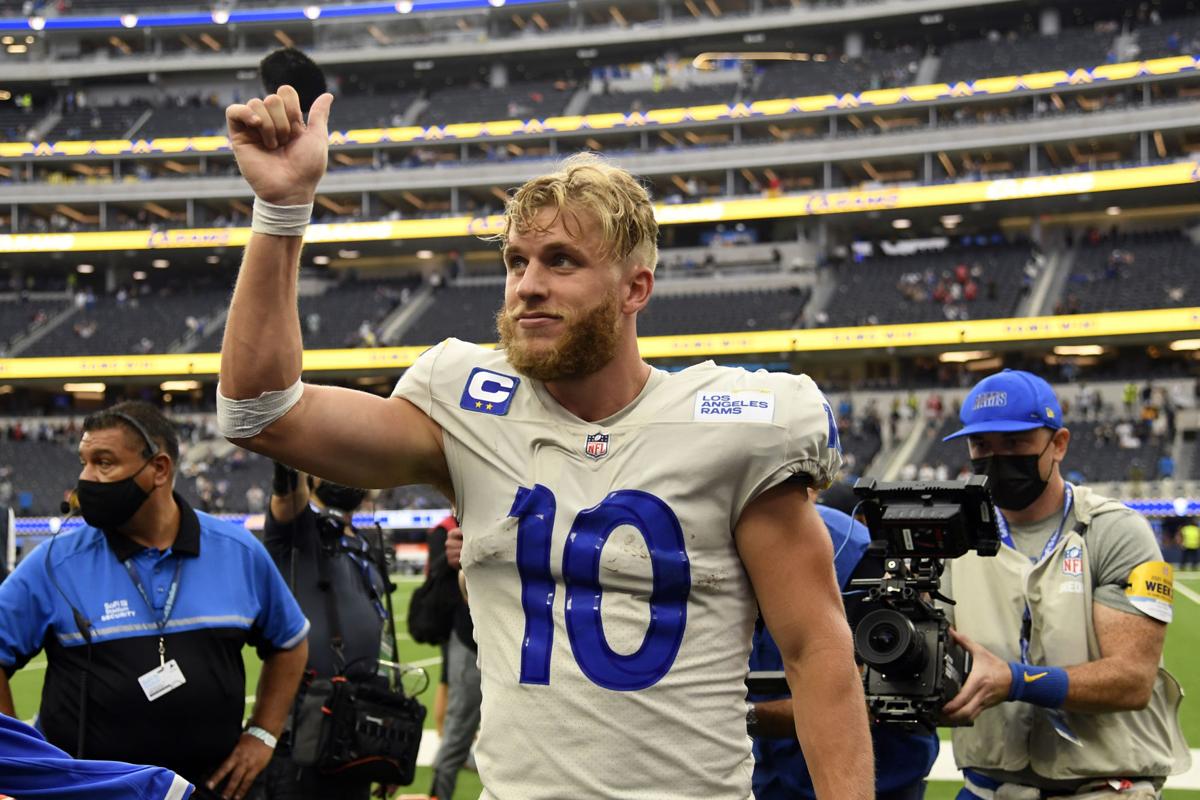 NEW YORK — Super Bowl 56 will be played at SoFi Stadium in February.

And the way the Los Angeles Rams are playing through three games, they may get a chance to play for the championship in their home stadium.

Led by new quarterback Matthew Stafford, the Rams have opened the season 3-0 and are the unanimous top team in the latest AP Pro32 poll.

The Rams received all 12 first-place votes for 384 points in balloting Tuesday by media members who regularly cover the NFL.

"After years of one disappointment after the other in Detroit, Matthew Stafford now enjoys the rarefied air of first place with his newly adopted Rams," Newsday's Bob Glauber said.

"It has been a smashing start for the strong-armed quarterback, and his partnership with offensive whiz Sean McVay was on full display in the Rams' victory over Tom Brady's defending Super Bowl champs."

SoFi Stadium will host two games this week. In a matchup of 3-0 teams, the Rams will host the Arizona Cardinals, who are No. 5 in the poll, on Sunday.

And the stadium's other tenant, the Los Angeles Chargers, close out Week 4 by hosting the rival Las Vegas Raiders on Monday night.

The Raiders are No. 4 in the poll while the Chargers are tied with the suddenly reeling Kansas City Chiefs at No. 10. The Chargers topped the Chiefs 30-24 on Sunday as Kansas City fell seven spots in the poll.

"Having a defense that has allowed a league-high 95 points is no way for the Chiefs to defend their AFC crown," said Rick Gosselin of the Talk of Fame Network.

The Tampa Bay Buccaneers slipped to No. 2 after losing to the Rams on Sunday. This week, Tom Brady brings his Bucs to Foxborough, Massachusetts, to face the New England Patriots on Sunday night in a game that won't exactly lack for publicity and is already receiving Super Bowl-level hype.

The Buffalo Bills climbed four spots to No. 3 after routing Washington.

Aaron Rodgers and the Green Bay Packers jumped nine places to No. 6 after rallying for a 30-28 win over San Francisco on Sunday night.

AFC North rivals Baltimore and Cleveland follow next at No. 7 and No. 8, respectively. Baltimore slipped a spot after needing Justin Tucker's NFL-record 66-yard field goal to get past Detroit 19-17. And Cleveland gained a place after dominating Chicago in Justin Fields' first NFL start.

Surging Carolina, also 3-0, also moved up one place to No. 9 as its heads to Dallas to take on the Cowboys in a matchup of first-place teams in the NFC.

"A strong start for Sam Darnold in his new digs, but the work gets more challenging this weekend against Dallas without injured Pro Bowl running back Christian McCaffrey," Glauber said.

The Associated Press Pro32 NFL Power Rankings, as voted by a 12-member panel, with first-place votes in parentheses, records through Sep. 27, total points based on 32 points for a first-place vote through one point for a 32nd-place vote, and previous ranking:

Inside the 37 seconds that may define the Packers’ season

“It felt like it was such a growth moment for us,” quarterback Aaron Rodgers said of Green Bay's 30-28 victory over San Francisco on Sunday night.

While the Packers had to hold on for dear life after every bit of their early 17-point lead had disappeared, in the end Green Bay coach Matt LaFleur got something he surely wanted desperately: A 30-28 victory over the 49ers Sunday night at Levi’s Stadium.

Aaron Rodgers and the Packers pulled off a last-minute rally of their own after the San Francisco 49ers scored a touchdown with less than a minute remaining, escaping California with a 30-28 victory on Mason Crosby's last-second field goal at Levi's Stadium.

A social media study conducted by BetOnline found that Tom Brady is the NFL's most-disliked player in 36 states, to just four for Aaron Rodgers.

The head coach says that “at no point in time am I ever telling Joe (Barry) or (special teams coordinator) Mo (Drayton) exactly what to do.”

From ‘Yosh? Really?’ to ‘I love that dude’ and ‘a hell of a football player’ — How Yosh Nijman delivered for Packers