GREEN BAY — Aaron Rodgers remembers what it was like.

Even though it’s been over a decade since the Green Bay Packers two-time NFL MVP was a backup quarterback — save for those broken collarbone years in 2013 and 2017 when he was relegated to clipboard holder and sideline cheerleader until he was healthy again — Rodgers hasn’t forgotten what it was like to bide his time behind Brett Favre. He also hasn’t forgotten how important it was to him to use scout-team work in practice to accelerate his development.

“Most of your development comes during training camp and preseason (games),” Rodgers recalled of his backup days. “You just try to make the most of each day.”

According to those who watched him in practice from 2005 through 2007, Rodgers did exactly that. Former offensive coordinator Joe Philbin, for example, loves to tell stories about plays Rodgers would make on the scout team that would amaze the coaches while reassuring them and the scouting staff that the future was in good hands.

That’s the in-season journey rookie first-round draft pick Jordan Love has begun. But his challenge to improve might be even more difficult given his current spot on the depth chart — third, behind Rodgers and primary backup Tim Boyle.

Rodgers has long commandeered nearly all the first-team reps in practice each week, believing those snaps are absolutely vital to being connected to his passing-game targets and prepared for game-day adjustments at the line of scrimmage. Boyle, as the next man up if something befalls Rodgers, needs ample work with the scout team to make sure he’s ready if disaster strikes.

That leaves Love, the quarterback of the future, scrounging for practice scraps in the present — even as the offensive coaches do their best to get him as much work as they can.

“It’s always harder when you’re not getting the reps that you’re typically getting in the training camp practices,” said Packers coach Matt LaFleur, a former quarterbacks coach with Washington and Atlanta. “But certainly, (backups) are going to have to put in work on their own time, as well. And some of that work’s going to be in post-practice work.

“Just because they’re not getting the reps doesn’t mean that development stops or starts to regress. That’s never the case. You’re either going to get better or you’re going to get worse. You’re never staying the same. And the idea is that these guys have got to get better on a daily basis whether, again, you’re getting those meaningful reps or you’ve got to work whatever it is post-practice.”

In an effort to make their scout-team snaps as valuable as possible, the coaches try to put the upcoming opponent’s plays into the Packers’ offensive vernacular so backups feel as though they’re running something from their own playbook. So the look team is tasked with mimicking legendary quarterback Tom Brady and the Tampa Bay Buccaneers offense in advance of the Packers’ post-bye week matchup at Raymond James Stadium on Oct. 18.

But again, much of that scout-team work will go to Boyle, so Packers quarterbacks coach Luke Getsy has tried to find other moments in practice where he can give Love a chance to work on his game, even if it’s not during an 11-on-11 period.

“That’s just part of the deal. He gets (some) scout-team reps, and we’ve got to find those pockets throughout the practice and before and after practice to get him those opportunities to get the fundamentals down and make sure he gets better every single day,” Getsy said. “We can’t let him start to slip or anything.

“We’ve got to continue to build him, and that’s just getting more repetitions. And the mental reps are big for him, too. I mean, him having the opportunity to see ‘12’ and the way he prepares and the way he goes out and practices every day, you can’t value that enough.

“He’s got to make sure he’s dialed in and staying on top of our game plan and making sure he’s getting a mental rep every single time any one of the other quarterbacks go out there. And when he gets his reps on the scout team and we’re in individual drills, you’ve got to maximize that opportunity. And he has. He knows how to work. We’ve just got to keep getting him familiar with what we’re doing and how we do it and how to play quarterback at this level.”

For his part, Love knew this was coming. Although he hasn’t spoken with reporters on the regular video conference calls since the regular season began — it’s a safe bet that no other NFL team has made its third-string quarterback available, either — Love clearly understood what he’d be in for once training camp ended and the games began.

“The more you understand the playbook and the plays and what’s happening on the field, the more the game slows down. Obviously, at first, everything’s flying super-fast. Things still are flying fast,” Love said near the end of camp. “The more prepared I am every day, they start to slow down a little bit.

“Whatever happens, you always say as a quarterback you’re one (or) two snaps away. So you never know what might happen. I’ve just got to continue to put myself in the best situation and just take it day by day and get better and better each day with the plays. At the end of the day, you’ve got to be ready for whatever you’ve got to do.” 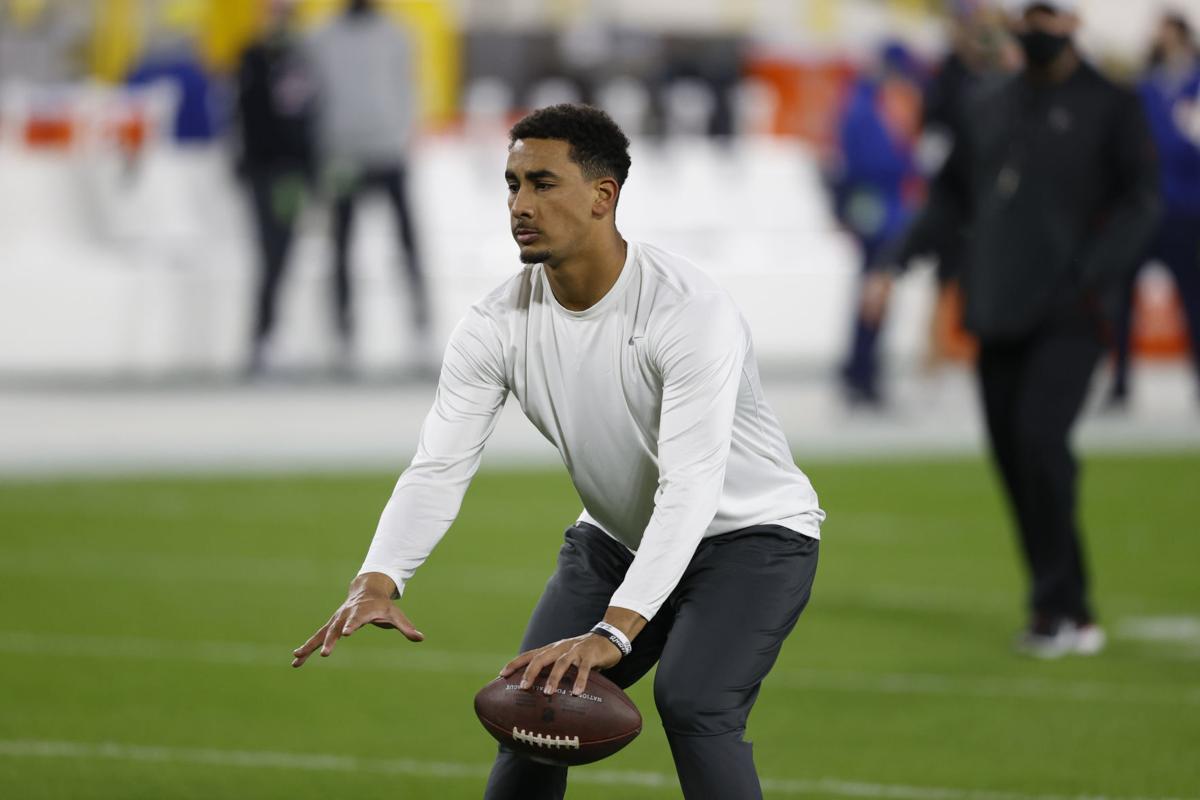 Jordan Love works out prior to Monday night's victory against the Falcons. 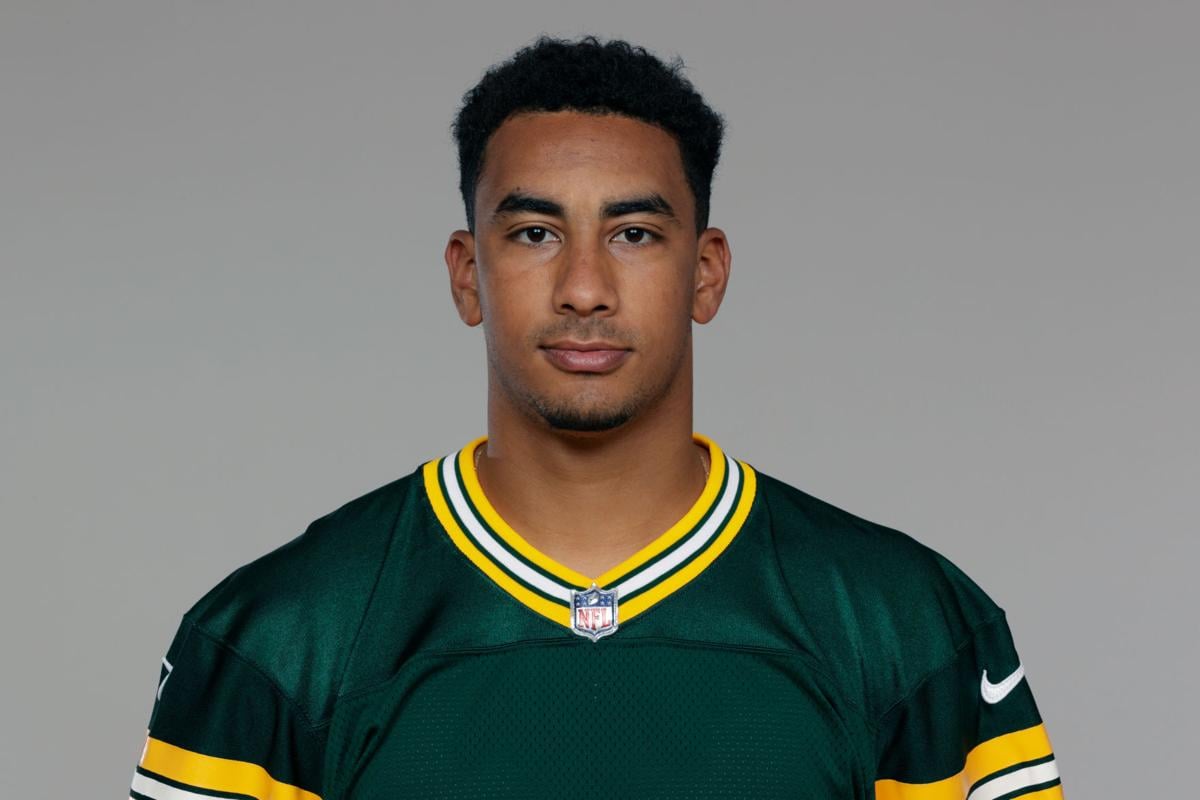