GREEN BAY — Give Brian Gutekunst this: When he intimated — on multiple occasions — that he wanted to remake the Green Bay Packers’ inside linebacker position, it wasn’t just innuendo. The Packers’ general manager has put his decision-making where his mouth was.

Now he just has to figure out what happens next at the position after letting Blake Martinez and B.J. Goodson walk in free agency, adding an injury-discounted Christian Kirksey after he was released by Cleveland and pinning his hopes for the position on two largely inexperienced recent draft picks (Oren Burks and Ty Summers) with most of the notable names in free agency at the position having landed elsewhere and the April 23-25 NFL draft still a month away.

“I think it’s a little bit of an evolving room right now,” Gutekunst said at the NFL scouting combine in Indianapolis last month. “It’s a little bit in flux as we go forward.”

A few days before that, Gutekunst sat down with a handful of beat writers at Lambeau Field and sent a similarly not-so-subtle message, saying in part, “The inside linebacker thing is something we’re going to have to see how we’re going to do that. That’s certainly something moving forward is going to be an emphasis for us.”

Given how emotional Martinez became in the locker room at Levi’s Stadium in the aftermath of the Packers’ season-ending loss to the San Francisco 49ers in the NFC Championship Game, he clearly knew his days with the Packers were numbered. The tears that streamed down his face were authentic from a player who was such a through-and-through Packer that he was one of several players who went on the team’s annual fan cruise with a group of retired players and a host of green-and-gold fanatics. Martinez then posted a heartfelt thank-you note to Packers fans on social media after agreeing to a three-year, $30 million deal with the New York Giants earlier this week.

Martinez finished last season with 155 tackles, three sacks, an interception and three pass-breakups while playing in all 16 games for the third straight year. For his career, Martinez played in 61 of a possible 64 regular-season games, recording 570 regular-season tackles, 10 sacks and three interceptions while serving as the communicator on defense for two teams that reached the NFC Championship Game. But his limited number of splash plays — he leaves Green Bay with only two career forced fumbles in regular-season play — left the Packers searching for more.

Goodson, whom the Packers picked up from the Giants in a Sept. 2 trade after Burks tore a pectoral muscle during the preseason opener, was added as a run-stuffing, fill-the-gaps linebacker but was on the field for 39 of the Packers’ 55 defensive snaps in that NFC title game loss to the 49ers, who ran 42 times for 285 yards — including 220 yards on 29 carries by Raheem Mostert.

In Kirksey, the Packers are hoping they have a lower-cost replacement for Martinez who can regain the form he showed in 2016 and 2017, before injuries limited him to just nine total games the past two seasons, including just two games last year when he suffered a torn pectoral muscle.

In theory, the Packers could pair Kirksey with Burks, a 2018 third-round pick who has suffered growth-stunting injuries each of the past two years, or Summers, a 2019 seventh-round pick who didn’t play a single snap on defense as a rookie. Burks would seem to be the favorite, but the dislocated shoulder he sustained in pregame warmups of a preseason game in 2018 and the pectoral injury he sustained on the opening series of the preseason opener last year against Houston certainly set his development back.

Summers played only on special teams as a rookie but should get a shot, and Curtis Bolton, who was having a strong camp before tearing his ACL, could also be an option.

“I feel really good about Oren. He’s got to stay healthy, but I think he has all the talent in the world to be a productive player for us,” Gutekunst said. “I think Ty Summers did a really, really nice job, not only on special teams but how he developed as a linebacker as well. and then Curtis, obviously, he had the knee injury, so really we didn’t get a big opportunity to see him. But early on in training camp he was making some big strides. So I’m excited about those guys.”

One interesting possibility would be a reunion with Clay Matthews, whom the Los Angeles Rams released Thursday in a cost-cutting move after one season. Matthews, 33, had 37 tackles, eight sacks, three pass breakups and two forced fumbles in 13 games for the Rams, who signed him after the Packers made no effort to bring him back in unrestricted free agency.

Matthews did move to inside linebacker in 2014 when injuries struck, and his move stabilized a struggling defense that morphed into one of the league’s best during the second half of that season, helping the Packers to a berth in the NFC Championship Game. Whether Matthews would be amenable to a return engagement in Green Bay and a move inside is hard to say.

Asked after the 2018 season whether he’d be willing to consider a move inside for the Packers or a prospective free-agent suitor, Matthews replied with a laugh, “You guys ask that all of the time. Shoot, in my 10 years here, I think I’ve played every position on the field and I’ve been asked to do everything, from cover a slot receiver up the field to rushing against tackles to playing inside linebacker. It’s whatever said team’s needs are. I’ve excelled at rushing the passer, I’ve excelled at playing inside, we’ll see whatever team needs me at.”

NOTES: Safety Will Redmond agreed to a new contract. Terms were not disclosed. His nine special teams tackles last year tied for the team lead.

Former UW standout Melvin Gordon is signing with the Denver Broncos after five years with the Chargers.

For Bryan Bulaga, a fresh start with Chargers — and, he insists, no hard feelings toward Packers

“That's the way this thing goes. Business decisions get made,” Brian Bulaga said on leaving Green Bay after 10 seasons. “That's life in the NFL.”

Devin Funchess, who reportedly agreed to a one-year deal with the Green Bay Packers on Tuesday, has struggled to deliver consistent production in his first five seasons in the NFL.

Tyler Ervin, who was claimed off waivers last December, delivered 106 punt return yards on 11 opportunities for the Packers (9.6 yards per return) in the final four regular-season games.

Jimmy Graham says the Packers’ decision to release him with one year remaining on his three-year, $30 million deal is motivating him to deliver for the Bears.

Green Bay's Aaron Jones, who had a breakout season in 2019, heads into the final year of his four-year rookie contract facing an uncertain future.

After being a ‘clean-up crew guy’ with Packers, Blake Martinez excited for fresh start in New York

Inside linebacker Blake Martinez signed a three-year, $30 million contract with the Giants. 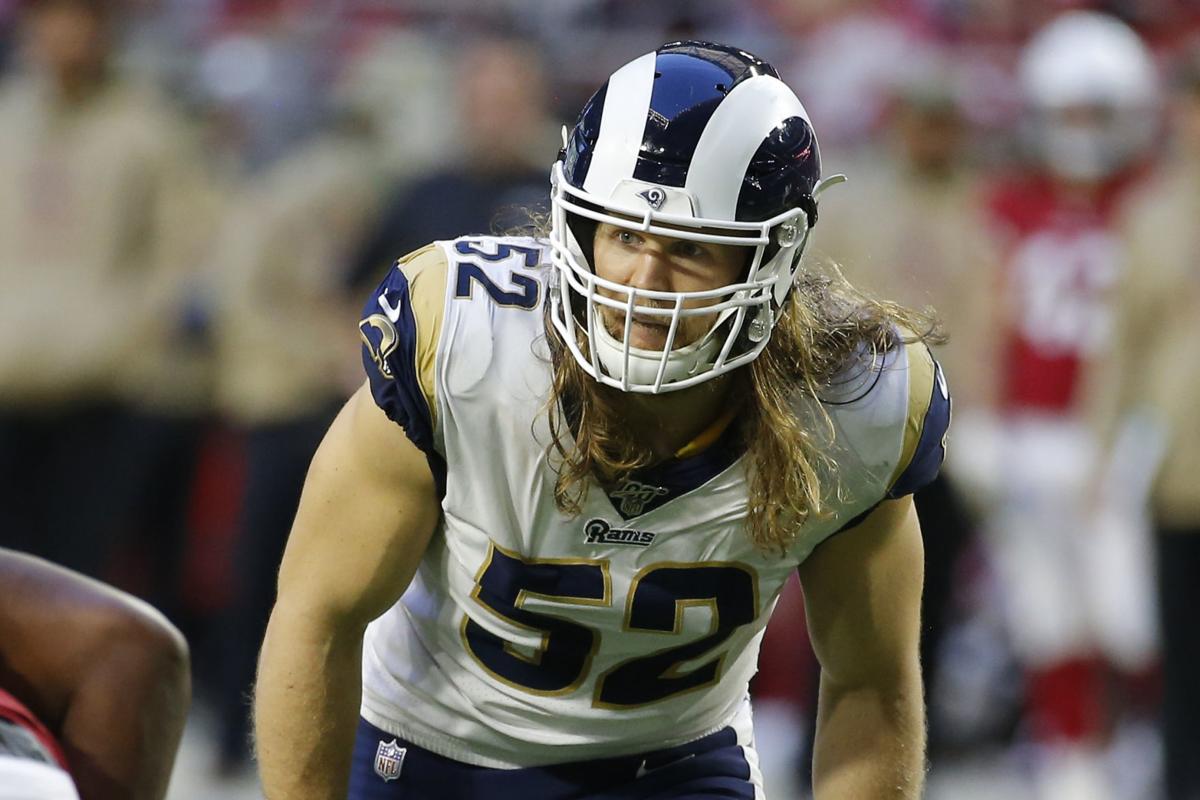 The Rams released linebacker Clay Matthews on Thursday, leading some to speculate he may be open to returning to Green Bay. 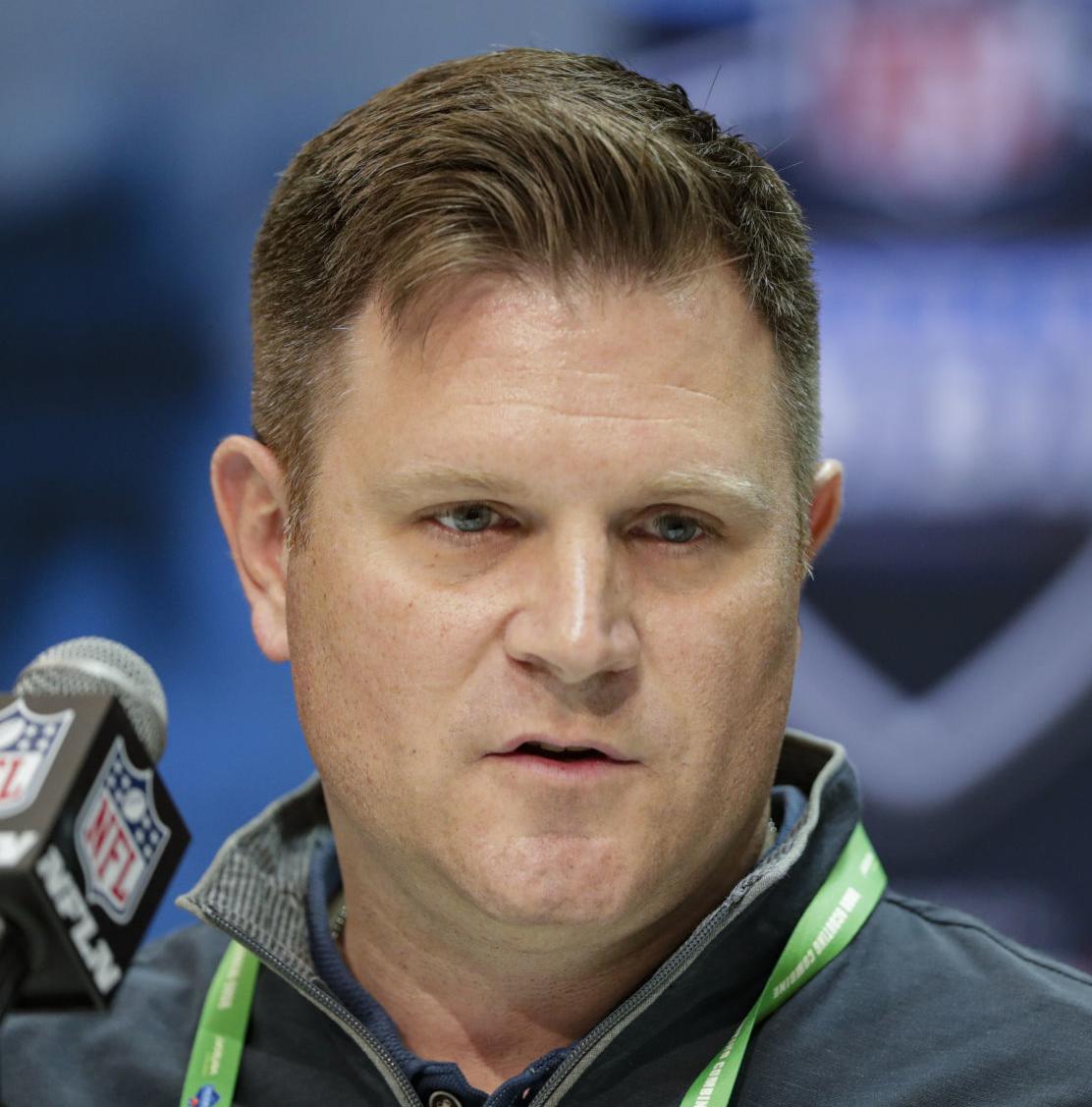