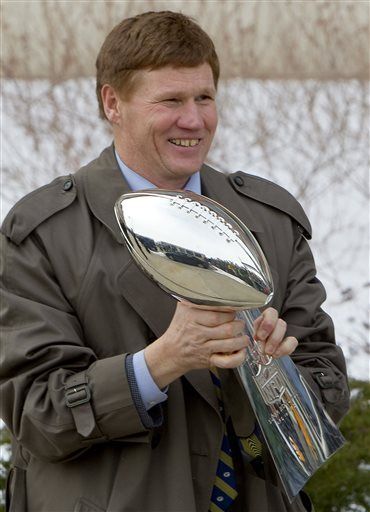 In this Feb. 7, 2011, file photo, Green Bay Packers president Mark Murphy holds the Super Bowl trophy after getting off a bus as the NFL football team returns to Lambeau Field in Green Bay the day after defeating the Pittsburgh Steelers in Super Bowl XLV. 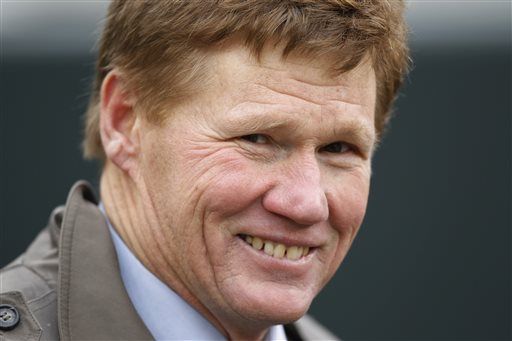 This is a Dec. 5, 2010, file photo showing Green Bay Packers president Mark Murphy before an NFL football game against the San Francisco 49ers in Green Bay.

GREEN BAY — Mark Murphy played with such intelligence while with the Washington Redskins that Joe Gibbs didn't need to talk to him, the ultimate sign of respect from the Hall of Fame head coach.

Murphy watched, listened and learned during four seasons playing safety for Gibbs in the 1980s. The experience would help shape Murphy's diverse career in sports, culminating in his tenure in one of the most influential positions in the NFL, president of the Green Bay Packers.

"Yeah, looking back on it, it was probably the best thing that happened to me in my career, because all of a sudden we became a very good team," the 60-year-old Murphy joked in a recent interview at Lambeau Field.

Murphy was a four-year veteran by the time Gibbs took over in 1981 in Washington, which finished 8-8 that year. The next season, the Redskins won the Super Bowl.

The Redskins went to the playoffs two more times before Murphy retired following the 1984 season. Murphy was an All-Pro and co-captain, the quarterback of the Redskins' defense. He had a career-high nine interceptions in 1983.

"Made all the calls, got everybody in the right position," Gibbs said.

"He's the player who was too smart for me to coach," he said with a laugh. "I couldn't relate to Mark."

They can certainly relate now.

As a team leader, Murphy had more interaction with Gibbs than most other players. He watched up close as Gibbs established his own program and leadership style. One of the big takeaways for Murphy was Gibbs' approachability.

"He would walk around the locker room ... he would stop by my locker and say, 'How are things going, what's the team thinking?'" Murphy said. "Always asking, 'What should we be doing, what kind of things should we be doing differently?'

"The management books call it 'management by wandering around,'" Murphy joked.

Murphy's management style has worked with the Packers.

"For those of us who have been around the game and have played college and professional sports, we look at things a little differently than people that haven't," said Ted Thompson said, the general manager since 2005. "It's easier for us to talk after a hard loss. He has the ability to understand from where we're coming from."

Murphy has worked at nearly every level in athletics and professional sports.

A graduate of Colgate, the small, private liberal arts school in upstate New York, Murphy earned an MBA in finance from American University. He took evening classes in-season, and was a full-time student in the offseason.

After finishing his playing career in 1985, Murphy joined the NFL Players Association as assistant executive director, serving on the bargaining team during the 1987 strike.

Murphy also got a law degree from Georgetown. He later went on to a four-year career as a trial attorney at the U.S. Department of Justice, starting in 1989.

"All you have to do — look at what's making the news, 'Deflategate,'" Murphy said on Thursday of the benefits of the law degree. "It's been very, very helpful to me throughout my entire career, especially here, having knowledge of the legal system and how it works, but also have experience working and dealing with lawyers."

He returned to sports in 1992, beginning an 11-year tenure as athletic director at his alma mater. The football program went from 0-11 in 1995 to three straight berths in the Division I-AA playoffs starting in 1997.

Next came a four-year tenure as athletic director at Northwestern before becoming Packers president in January 2008. Murphy described the opportunity in Green Bay as a unique spot to tie together his experiences on and off the field.

The diverse skill set led to his appointment in 2008 by NFL Commissioner Roger Goodell to an influential position on the league's Management Council Executive Committee.

"I think in terms of my position with the Packers, to have influence within the league is very beneficial," Murphy said. "I think particularly because we're a different structure. We don't have a wealthy owner, a deep-pocketed owner. So being active and involved in league committees and being able to represent the Packers' interests through the league involvement and through committees I think is helpful the Packers organization."

Thompson described having a very good working relationship with Murphy. On the business side, times are good in Green Bay, much like in the rest of the NFL.

Murphy has overseen extensive renovations at Lambeau Field, with the Packers in the midst of a long-range plan goal to transform the historic venue into a year-round destination.

The Packers' success — two seasons after Murphy arrived in Titletown, the Packers won the Super Bowl — is all the more unique because it is the only publicly owned franchise in the league. The team last month reported that revenue from the 2015 fiscal year topped $375 million, up 16 percent from the previous year.

"I think in the back of your mind, you always have to think how this will be perceived publicly," he said. "You have to think things through it probably a little more carefully than otherwise. The other thing is, since everything is so public ... with (360,000) shareholders, you know I do hear quite a bit from people with a lot of different thoughts — some good and some bad.

"But overall, I view it as a real positive. But it's certainly different than other presidents of NFL teams."

At 6-foot-4, Murphy can strike a physically imposing frame. But he's approachable, with a mild-mannered personality — kind of like how Murphy described Gibbs' management style.

"He's business oriented. He was in the Ivy League for a while," Gibbs said. "You have somebody who is that smart and is knowledgeable about football and played all those years. He has the background that fits for being successful."

Mark Murphy says it doesn't make sense to put a corporate tag to the name of the historic stadium.

The Green Bay Packers enjoyed another year of record revenue, bolstered in part by the windfall from the league's broadcasting contracts.

In this Feb. 7, 2011, file photo, Green Bay Packers president Mark Murphy holds the Super Bowl trophy after getting off a bus as the NFL football team returns to Lambeau Field in Green Bay the day after defeating the Pittsburgh Steelers in Super Bowl XLV.

This is a Dec. 5, 2010, file photo showing Green Bay Packers president Mark Murphy before an NFL football game against the San Francisco 49ers in Green Bay. 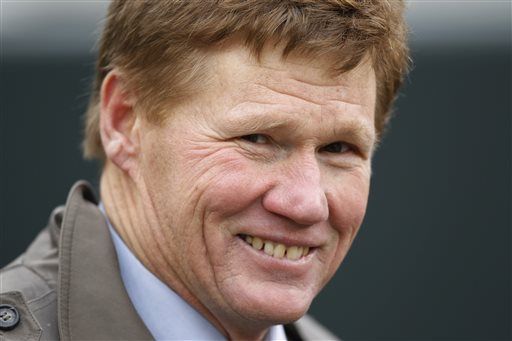