GREEN BAY — Legendary Packers quarterback Bart Starr made what his wife believes will be his final return trip to Green Bay, appearing at Sunday’s game to help commemorate the 50th anniversary of the 1967 NFL championship team, and to donate a variety of personal memorabilia to the Packers Hall of Fame.

The Pro Football Hall of Famer, who played for the Packers from 1956 through 1971 and coached the team from 1975 through 1983, has battled back from two debilitating strokes and a heart attack in the fall of 2014 to return to Lambeau Field for Brett Favre’s ring of honor induction in 2015 and again Sunday.

Bart Jr. said his 83-year-old father, who received a lengthy ovation when announced during Sunday’s game, used the trip as motivation in his rehabilitation.

“It was all driven by his desire to reconnect with the people that he’s loved since he came up here in the fall of 1956,” Bart Jr. said. “He’s tired because we’ve done a lot this weekend, but it’s a good tired.”

Just one extra squat and one extra toss of the ball in physical therapy could do wonders.

"That was the one lure that (family and Starr's trainer) would hold out every day, say 'We've got to get you to that rehab session because the fans want you there, the organization wants you there," Bart Jr. said.

Aided by hard work, the elder Starr's health is "probably at his best level of the year right now," Starr Jr. added.

Cherry Starr said the family decided to donate the items after a friend told her of an auction on eBay in which a seller asked for $100,000 for what he claimed was one of Starr's championship rings. The ad was false, she said.

"I knew Bart would not be wearing the ring ever again and I thought we need to ensure that this jewelry will never ever be in the wrong hands and will never be sold," Cherry Starr said.

At one point at the news conference, Cherry Starr indicated that this would be her husband's last trip to Green Bay. She said something similar two years ago, too, around the time they were planning to return for the Favre ceremony.

"I always have a different take, which is you don't know what the future holds," Bart Jr. said Monday. "She was sure that the last one was the last one. I said 'No it's not. We're coming back.'"

Throwback photos: Looking back at the Packers' win against the Chiefs in Super Bowl I

With the Green Bay Packers playing the Kansas City Chiefs on Sunday night, it seems like a good time to look back at their matchup in the firs…

The Green Bay Packers unveiled their legendary quarter's retired No. 4 and name on the stadium's facade during a halftime ceremony on Thanksgi…

In his first start subbing for Aaron Rodgers, Brett Hundley throws for less than 100 yards as the New Orleans Saints beat Green Bay 26-17.

The rookie rushes for 131 yards and a touchdown on 17 carries.

The veterans give the run blocking high marks but say pass protection must improve.

Tom Oates: Packers get overall grade of D in defeat

With the 2017 NFL season nearing the halfway mark, here are some notable performances from former Wisconsin Badgers players in Week 7.

As Bart Starr turns 85, take a look back at the Packers legend's 2015 visit to Lambeau Field

With legendary Green Bay Packers quarterback Bart Starr celebrating his 85th birthday on Wednesday, take a look back at one of the last trips the gunslinger made to Lambeau Field. 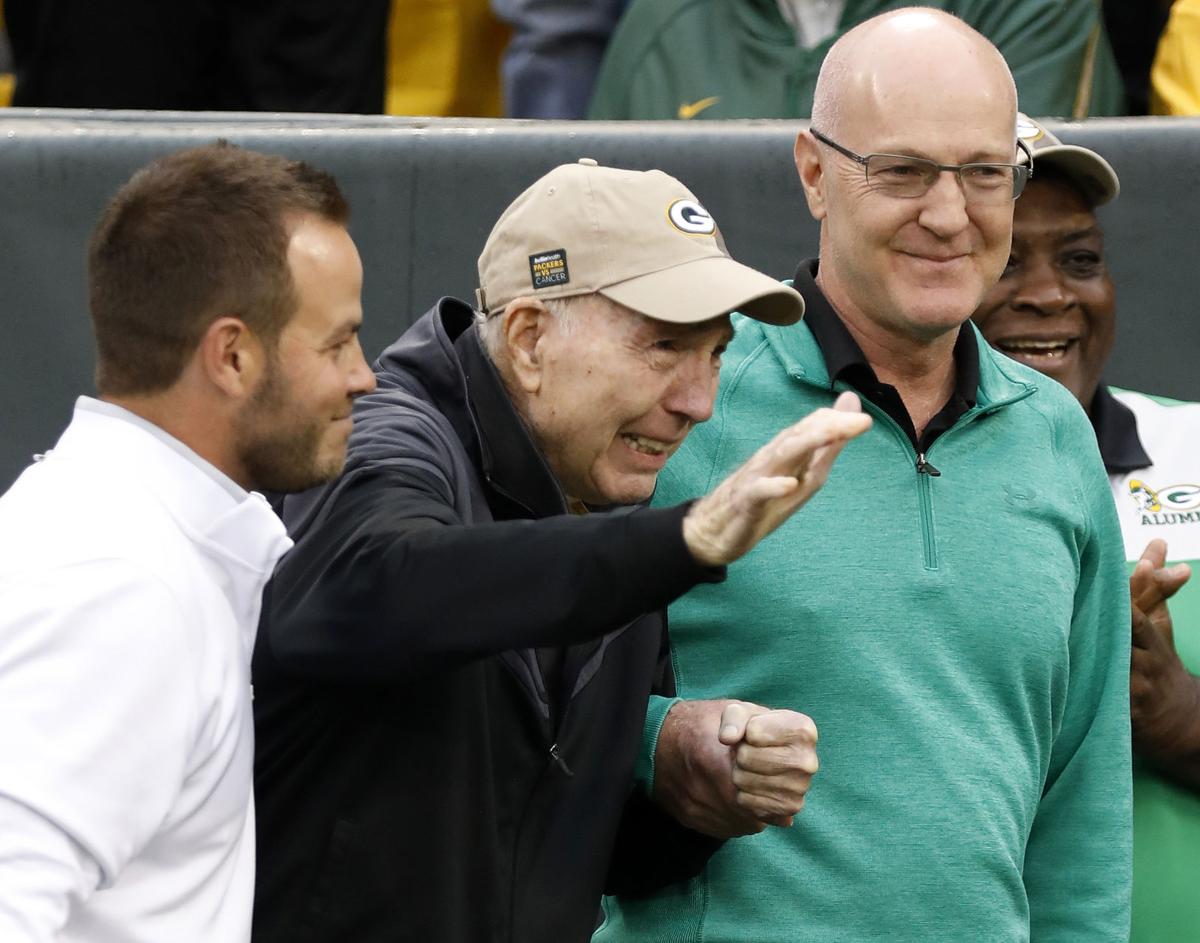 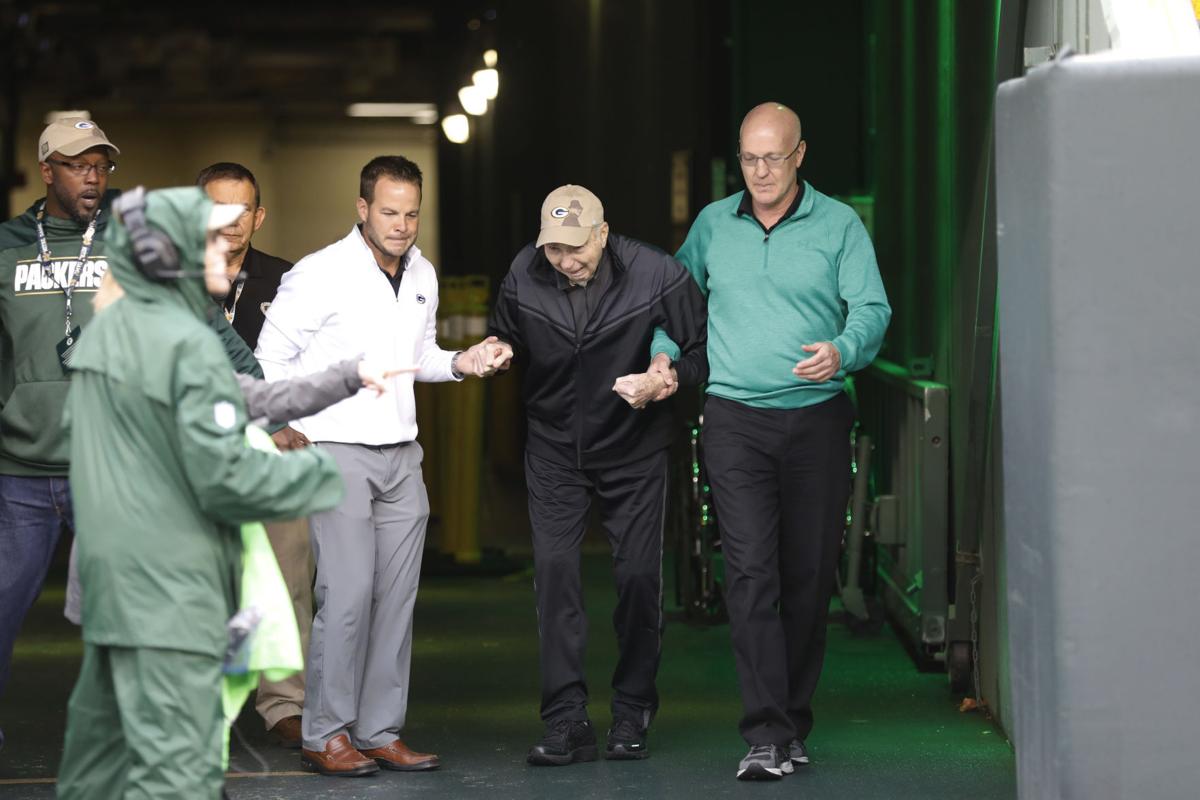 Green Bay Packers Hall of Famer Bart Starr walks out to the field as he attends the 50th anniversary of Green Bay's 1967 championship team Sunday at Lambeau Field.