Subscribe
Read Today's E-Edition
Share This
Once a quarterback, Ty Summers looks to catch on with Packers at inside linebacker, on special teams
0 Comments
Share this
JASON WILDE For the State Journal

GREEN BAY — Perhaps, had he made a different college choice and stayed at his original position, Ty Summers would be in the Green Bay Packers’ quarterback meetings and changing clothes right next door to Aaron Rodgers in the locker room.

But probably not. And Summers knows that.

“I would have played really well in college, and I probably would have had an opportunity, maybe as a free agent kind of thing just because I would have found a way to be successful. I was a gamer,” the quarterback-turned-linebacker from TCU explained as the Packers get set for the next phase of the offseason program — organized team activity practices, which kick off next week. “I had fun doing it, and I made plays.

Here is Lambeau Field, where Summers will try to make the 53-man roster as an inside linebacker and special teams contributor — which is a long way from being a record-setting high-school quarterback and garnering interest from Rice, multiple Ivy League schools and Army, Navy and the Air Force academies.

But as a dual-threat quarterback at Reagan High School in San Antonio, Texas, the now 6-foot-1, 241-pound Summers threw for 2,001 yards and 16 touchdowns while rushing for 1,773 yards and 31 TDs in his two varsity seasons for the Rattlers. He was impressive enough that Rice offered him a scholarship three games into his junior season. Then TCU and coach Gary Patterson came calling the following year.

“I was committed to Rice after my junior year,” Summers said, adding that the Owls also saw him as a possible H-back/tight end option. “Then of course senior year, while playing quarterback, TCU was like, ‘Hey, we have our quarterbacks — two of them already. But we’d like you to play linebacker.’ I was like, ‘OK … Big 12 football? Gary Patterson’s defense? For sure.’”

After all, in Summers’ mind, the change wasn’t going to be that drastic.

“I had a pretty physical mindset as a quarterback,” he said. “I was a really physical guy. So that mentality didn’t change. But obviously going from having the football, throwing it and handing it off, to having to chase it, that’s obviously a different approach.”

For the Horned Frogs, Summers saw action in 50 games (32 starts) and left TCU having made 319 career tackles, including 23.5 tackles for loss and 10 sacks. During Patterson’s 18-year tenure, only linebacker Travin Howard, a seventh-round pick for the Los Angeles Rams last year, registered more tackles than Summers.

“He played quarterback, so he could communicate,” Patterson said last season. “Usually, if you can get anybody with a little bit of football sense, has some intelligence, they know how to work hard, (are a) good person, has the framework to be able to be big and do it, you’ve got a chance for that guy to get a chance to be a good player.”

What opportunities Summers will have in Green Bay remain to be seen, but they’ll likely come on special teams. With fourth-year starter Blake Martinez having emerged as one of the leaders on defense and Oren Burks, a third-round pick last year, expected to see more playing time, the odds are against Summers playing right away in defensive coordinator Mike Pettine’s system.

What appealed to Packers general manager Brian Gutekunst about Summers is that despite his five years at TCU — he took a medical redshirt as a true freshman — was his potential. Summers’ defensive experience in high school was limited to a little safety on JV, and in the final round of the draft, it’s a roll of the dice anyway. For as many times as the Packers have hit it big with the likes of Donald Driver, Mark Tauscher and Adam Timmerman, far more seventh-rounders are historical footnotes.

“I think you’re looking for guys (in the seventh round) who have upside, who can improve. Certainly, the athletic traits become part of that,” Gutekunst said, referring to Summers’ impressive test results at the NFL scouting combine, including a 4.51-second 40-yard dash time. “I think it just really depends on the player. But you’re always looking at, ‘OK, this is where he’s at, can he get better?’ Because when you get to this level, you’re going to have to improve or you’re not going to survive.”

Because Summers played so extensively on defense for the Horned Frogs, he’ll have to reacquaint himself with the return and coverage units that he played early in his college career. If he can, though, the Packers — a team that was consistently one of the league’s worst on special teams under previous head coach Mike McCarthy — will gladly take him.

“Oh, yeah, that’s going to be a staple. I’m going to capitalize on that for sure,” Summers said. “I came into camp every year starting on all four (special-teams units). It was something that ultimately, when they realized I was going to play a lot of defense … I (only) did a lot of punt defense and kickoff return, because (on those) I wasn’t forced to run 40 yards down the field and then do a whole series of defense. So, I would rotate occasionally on punt (coverage).

“But I’m looking forward to getting on punt and kickoff, because those are the fun special teams.”

Fans will get their first glimpse of a Matt LaFleur-coached team in action on Tuesday.

The Packers announced that three of their upcoming OTA practices will be open to the public: Tuesday, May 21; Wednesday, May 29; Tuesday, June 4. All are open (weather-permitting) at 12:05 p.m. They’ll be held on Clark Hinkle Field, which is the field in front of the Don Hutson Center that is adjacent to Oneida Street. That’s because of ongoing field preparations of Ray Nitschke Field for training camp.

Unlike Nitscke Field, which has bleachers along the east side of the field, standing-room only spots will be available to fans for OTAs. 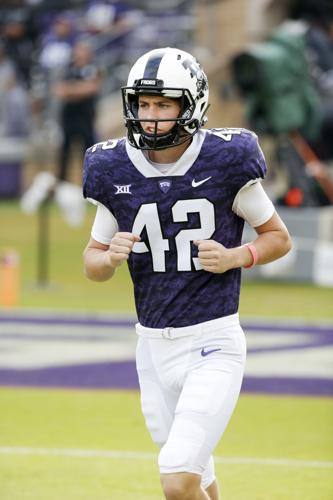