GREEN BAY — Amari Rodgers had heard stories about The Legend. Lots of stories, but still — only stories.

From his mentor, Randall Cobb, who called him shortly after the Green Bay Packers picked Rodgers in the third round of the 2021 NFL Draft. From Davante Adams, who has gone from a rookie himself in 2014 to the NFL’s best wideout. From Marquez Valdes-Scantling and the other veteran wide receivers, who warned the rookie during the offseason program that he hadn’t seen anything yet.

“Everybody was like, ‘When 12 gets here,’” Rodgers recounted Saturday, “’it’s just going to be different.’”

He had no idea, of course. The news that “12” — quarterback Aaron Rodgers, the three-time NFL MVP and future Pro Football Hall of Famer — was unhappy with the organization had broken roughly 24 hours before Amari Rodgers had heard his name called on draft day, and he’d come to camp still uncertain about who’d be throwing him the football.

That changed on Tuesday, when Aaron Rodgers reported to camp on time. By Saturday, after four practices with the reigning MVP, the rookie fully grasped the level of greatness he was working with — especially after being on the receiving end of one of the quarterback’s patented no-look passes.

“I ain’t going to lie, I wasn’t even ready for it,” Amari Rodgers confessed with a sheepish laugh. “But, being a receiver, you’ve got to be able to react to stuff like that. I caught it, but it kind of caught me off-guard. I’d seen it a couple times before he did it to me. When he did it to me, I was like, ‘Dang.’ It’s different when it’s actually you catching a no-look pass vs. seeing somebody catch it.

“It was pretty cool. I’m looking forward to catching more of those.”

While coach Matt LaFleur has put Aaron Rodgers on a pitch count during camp — the first time in his 17-year career that that’s happened — the 37-year-old has shown absolutely no signs of rust after skipping the entire offseason program (including the mandatory minicamp in June) while in a standoff with the team’s front office.

From a jaw-dropping 60-yard strike to Adams on the first play of team drills on Friday, to a gorgeous only-where-my-guy-can-get-it touchdown throw to Adams later in that practice on a corner route in red zone drills (one of four TD passes on four straight plays) to an effortless on-the-run, off-balance 40-yard laser to Adams during an 11-on-11 period on Saturday, Rodgers has looked as sharp as ever so far in camp.

“I mean, he’s the best in the game. It’s Aaron Rodgers. There’s no other way to put it,” Valdes-Scantling said after practice Saturday. “The things he can do with the football is unheard of and unreal. Obviously, he’s been in this game for a long time and he knows what he’s doing. I don’t care what he does in the offseason, he’s going to come in and be ready to throw a football at any given time from any angle.”

Added safety Darnell Savage, who was in coverage on that 40-yard completion to Adams: “He can make throws that not many other people would even attempt to make. That’s not something that you lose. You either really have it or you don’t. Obviously, he has it. He’s a special talent.”

Now, four practices do not a successful training camp make, whether you’re a rookie receiver like one Rodgers or a gray-in-the-beard quarterback like the other one. But during his first 16 NFL seasons, dating back to his rookie year of 2005, Rodgers had never missed an offseason, so how sharp he’d be once his problems with the front office were resolved enough for him to return was a valid question.

So much for that being an issue.

“Just in total command out there, the same thing we’ve seen the last two years,” LaFleur said. “I mean, shoot. Aaron, his accuracy — and you see it show up in practice — it’s just the little things that you sometimes take for granted. The little run alerts, and just how perfect the ball-placement is to allow these guys to get the max yardage on whatever it is. He is so accurate, and he’s got great anticipation.

“We coach all those (quarterbacks) the same way in terms of the timing and decision-making, and then it’s on them to make the accurate throw. But he can fit it in some tight spots and he’s been doing it at a high level for a long time.”

After the players have Sunday off, the Packers will have one more helmets-and-shorts practice Monday before working in pads and shorts on Tuesday. As installations continue and full pads come on, the intensity of practices will increase, leading into next Saturday’s Family Night practice inside Lambeau Field. And the younger Rodgers can’t wait to see what the old man dishes out next.

For everything Aaron Rodgers said about his differences of opinion with the front office during his more than half-hour Q&A session with reporters following the first practice of camp, he also emphasized that he hasn’t lost sight of the fact that, by returning for his 17th season in Green Bay, he’s on the verge of outlasting both of the other legendary quarterbacks who came before him — Bart Starr and Brett Favre, both of whom played 16 seasons with the Packers.

Despite the drama of the offseason, he insisted he’s still appreciative of his status. So far in camp, his actions have matched those words.

“It’s still an honor. It’s still something I’m very proud of,” he said. “I did see something about Favrey and Bart playing 16 (years) here, and this is obviously No. 17 (for me). So there’s something special about that. I’ve been here a long time, seen a lot of change … and it’s been fun to be a part of a change.

“This has always been a special thing for me to be the quarterback and I’m really thankful to be back here as a 14th season as the starter.”

As he strode onto Ray Nitschke Field Thursday morning, Kelly did so incognito: He was wearing All-Pro left tackle David Bakhtiari’s No. 69 jersey, which led to more than a few double takes — given that Bakhtiari is on the physically unable to perform list and isn’t expected to return to action for awhile after suffering a torn ACL in his left knee last Dec. 31.

For Randall Cobb, joining Packers about more than just his pal Aaron Rodgers — ‘Whatever is asked of me, I will be there’

GREEN BAY — Brian Gutekunst made himself crystal clear: Randall Cobb would not be a member of the Green Bay Packers had Aaron Rodgers not want…

“I'm not complaining about it. I'm not poor right now. I'll be OK to get through and go and try to win a Super Bowl again,” Adams said.

Matt LaFleur so admires and appreciates Lewis — and has cited his leadership and professionalism so frequently — that his assistant coaches, during LaFleur’s first season as head coach in 2019, gave him an authentic Lewis No. 89 jersey.

For Packers lineman Billy Turner, being ready for anything — and any position — is the name of the game

“I learned a long time ago that I cannot approach any season with expectations of playing any position,” Turner says.

Challenge of David Bakhtiari’s patient approach to comeback? ‘I’m really itching to get back out there’

Coach Matt LaFleur says the Packers are preparing for the worst — that Bakhtiari won’t be ready for the opener — and will be happily surprised if that’s not the case.

Remembering own tribulations, Packers' Aaron Rodgers’ focus with Jordan Love is ‘putting myself in his shoes’

“There’s a love and an appreciation and a friendship there, just like it was with me and Brett (Favre). So, I wanted to make sure I checked in with him and let him know I was thinking about him," Rodgers said. "That was important for me — and it’s not going to change." 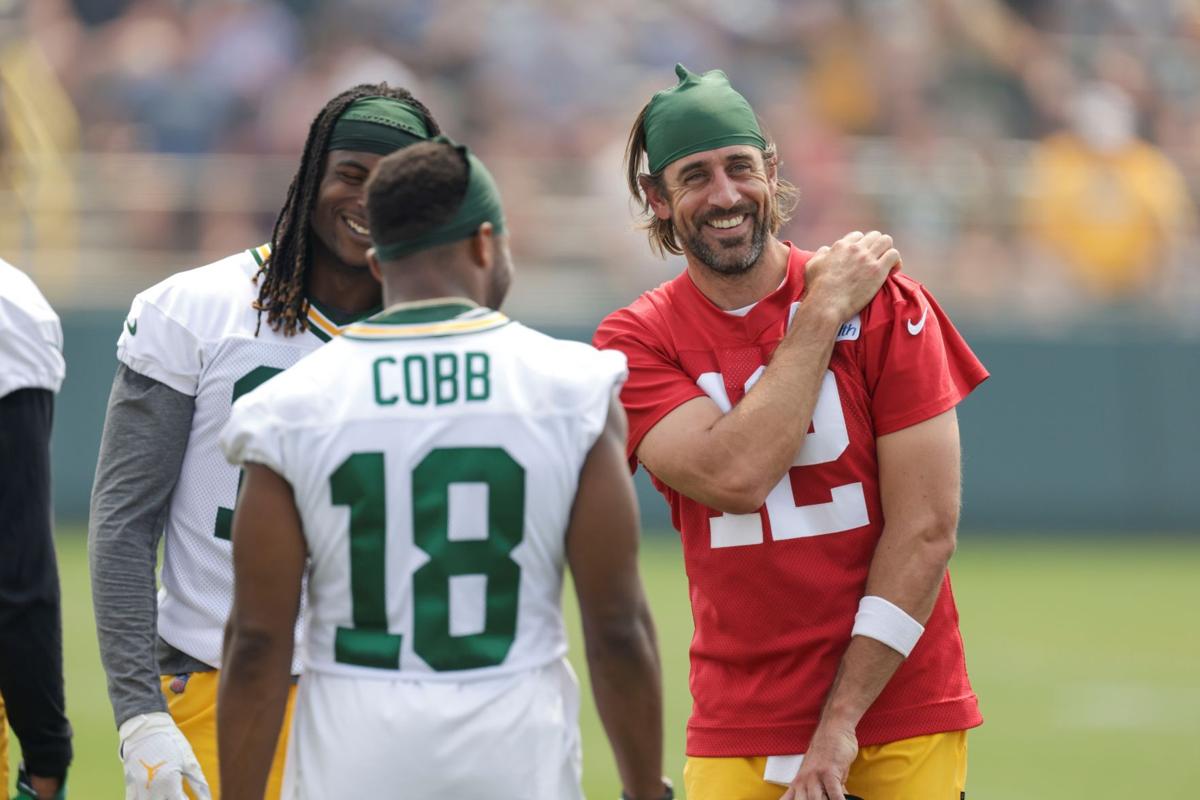 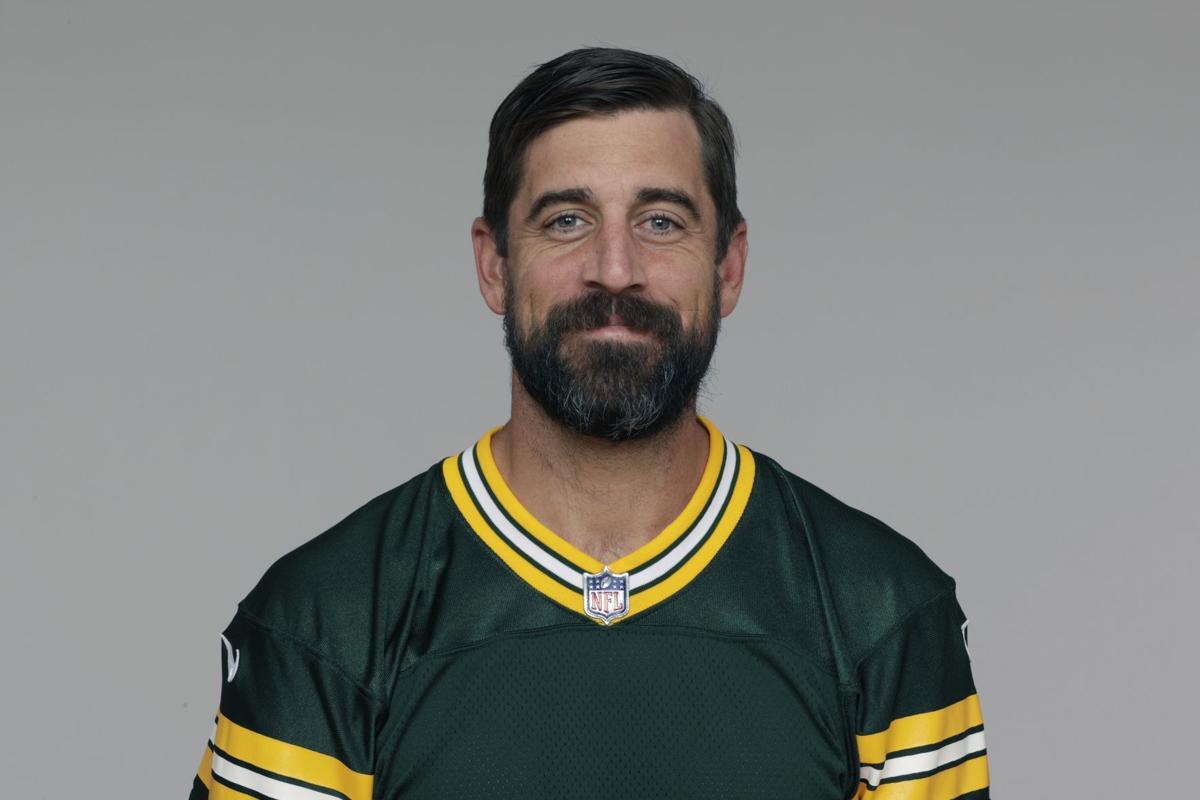