GREEN BAY — Most of the football world was still talking Tuesday about the officiating during the Green Bay Packers’ 23-22 “Monday Night Football” victory over the Detroit Lions at Lambeau Field.

Matt LaFleur wasn’t among them.

“I’m not going to get into the officiating,” the first-year coach told reporters on Tuesday afternoon as the 5-1 Packers turned their attention to Sunday’s game against the Oakland Raiders at Lambeau Field. “I’ll let you guys handle that.”

LaFleur was certainly in the distinct minority as social media was overrun with screen shots, GIFs, statistics and — yes, Lions fans — a fair amount of whining about how the Lions were robbed by referee Clete Blakeman and his crew.

And while there were certainly debatable calls that factored into the outcome — including the second of Lions defensive end Trey Flowers’ two illegal hands-to-the-face penalties, which NFL executive vice president Troy Vincent acknowledged Tuesday should not have been flagged — the Lions also had something to do with their downfall.

After putting up 236 yards of offense during the first half and building an early 13-0 lead off the first two of the Packers’ three turnovers, the Lions only managed 63 net yards during the second half, scored just one touchdown while settling for five field goals and committed an inexcusable 12-men-on-the-field penalty that cost them points during the first half.

The first of Flowers’ hands-to-the-face flags came on third-and-10 from the Lions’ 45-yard line with 10 minutes, 16 seconds left in the fourth quarter. Packers quarterback Aaron Rodgers was sacked on the play for an 11-yard loss, which would have pushed the Packers out of field goal range and forced them to punt. Instead, Flowers was penalized for getting his right hand up into left tackle David Bakhtiari’s neck and the ear hole of his helmet, and the Packers got 5 yards and an automatic first down.

Three plays later, Rodgers threw a 35-yard touchdown pass to Allen Lazard to pull the Packers to within 22-20 with 9:03 to play.

The Lions got the ball back and managed only one first down before the Packers defense stiffened and forced a punt, and Rodgers & Co. took over again with 6:46 to go at their own 18-yard line.

Needing only a field goal to win, the Packers ran out the rest of the clock after 12- and 15-yard catches by Lazard set the Packers up with first-and-10 at the Detroit 22-yard line with 1:55 to play. On an ensuing third-and-4 from Detroit’s 16 with 1:45 to go, Rodgers was pressured and threw the ball away in the general direction of Jake Kumerow. Once again, Flowers was flagged for his hand placement in Bakhtiari’s throat area, and it was that call that Vincent said should not have been flagged.

Speaking at a news conference at the league’s fall meeting in Fort Lauderdale, Florida, Vincent said both two controversial hands-to-the face penalties were discussed at a meeting with the competition committee.

“There was one that was clear that we support,” Vincent said, referring to the first flag. “And there was the other, when you look at it, when you review the play, (it’s) not something that you want to see called in particular on the pass rush. One that you can support but the other one, clearly after you review it, you’ve seen some slo-mos, the foul wasn’t there.”

Vincent told reporters in Fort Lauderdale he intends to talk with Lions owner Martha Ford at the meeting and to Lions general manager Bob Quinn.

During a news conference at the Lions’ facility, coach Matt Patricia said he had not heard Vincent’s comments, but that his team can’t blame the officiating for the loss, which dropped the Lions to 2-2-1.

“If you go through a game and are relying on the officials to tell you whether or not you won, I don’t really think you’re going to turn out in a favorable manner more times than not,” Patricia said. “For us, it’s about going out and (doing) the things that we can control to win the game and do that better. That’s really what we got to do. We got to control the game and give ourselves a chance to win through the efforts and the execution and the coaching that we do, more so than by what an official does.”

In a pool report after the game, Blakeman acknowledged he “discussed” the second flag with umpire Jeff Rice, who called both penalties.

“For illegal use of the hands, (a) hands-to-the-face foul, to be a foul, we basically need some forceful contact that’s prolonged to the head and neck area,” Blakeman said. “In (Rice’s) mind, (Flowers) had pinned (Bakhtiari) back, it was prolonged, and that’s what created the foul.”

Had the second penalty not been called or had Blakeman picked up the flag, Packers kicker Mason Crosby would have faced a 34-yard field goal with about 1:35 left on the clock instead of kicking the winning walk-off 23-yarder as time expired.

After the game, when Rodgers was asked by reporters what he thought about the officiating, he smiled.

“I think,” Rodgers said, “it equals out pretty good over the years.” 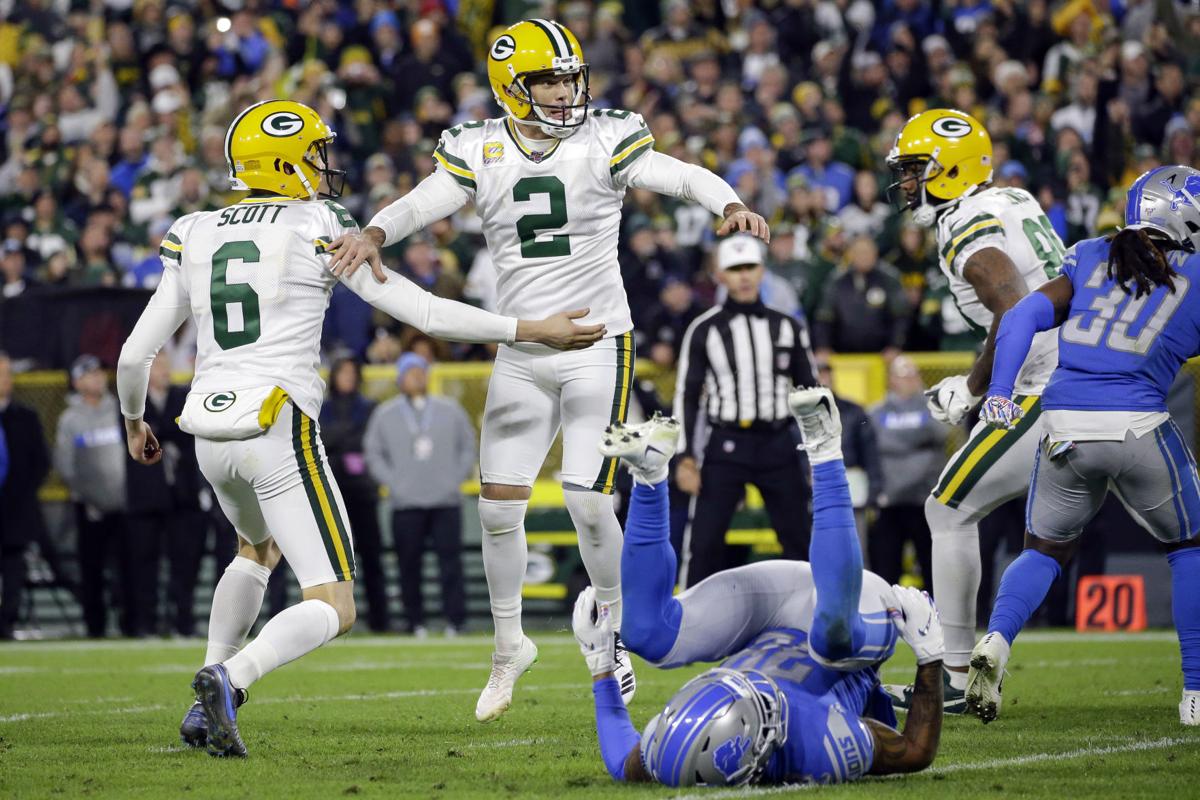 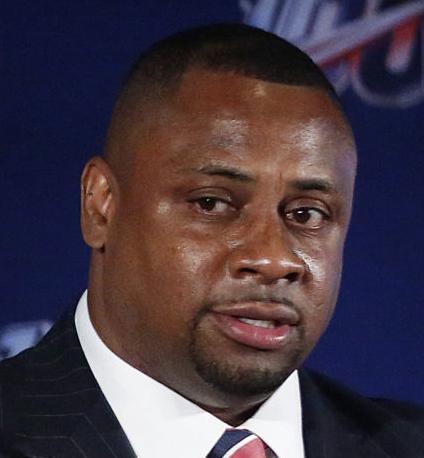