GREEN BAY — Remember those couple of hours late last month when Matt LaFleur gave the distinct impression during his end-of-the-season press conference that he was mulling the idea of moving on from veteran defensive coordinator Mike Pettine after the Green Bay Packers’ defensive meltdown in their NFC Championship Game loss to the San Francisco 49ers?

Chalk it up to a rookie mistake by a first-year head coach who was trying to avoid painting himself into a conversational corner.

Speaking Tuesday at the annual NFL scouting combine in Indianapolis, LaFleur told reporters he never considered relieving Pettine of his duties and wasn’t about to make a snap judgment based on one game — albeit a frustratingly poor performance with a berth in Super Bowl LIV at stake.

“There was never a doubt,” LaFleur said during a podium Q&A session at the Indiana Convention Center. “I’m not going to make a rash decision on one game.”

During that after-the-season interview session, LaFleur publicly questioned the defense’s effort level in the team’s 37-20 loss to the 4ers, who ran the ball over, around and through Pettine’s defense while quarterback Jimmy Garappolo attempted only eight passes.

On Tuesday, LaFleur pointed out the defense did improve throughout the course of its second season under Pettine, whom LaFleur kept after his predecessor, Mike McCarthy, hired Pettine to replace Dom Capers to start the 2018 season.

“I thought our defense did a lot of great things. We’re looking forward to (next season),” LaFleur said. “Certainly, there’s areas we have to improve upon, but it’s not just defensively. It’s on offense and on special teams, as well. Again, it’s an exciting time for us because we’re just going through that process right now. (I’ve) been able to spend a lot of time in the defensive room and get a different perspective than I’ve had in comparison to last year.”

Something else LaFleur is looking forward to is a second straight year in the same place. He spent the 2016 season as the Atlanta Falcons quarterbacks coach, 2017 as the Los Angeles Rams offensive coordinator, 2018 as the Tennessee Titans offensive coordinator and last year as the Packers head coach. Returning for a second year in Green Bay means an opportunity to refine and improve the offensive system that helped the team to a 13-3 regular-season finish.

Among the areas LaFleur sees for improvement on offense is reducing the verbosity of his play calls. That’s something LaFleur and quarterback Aaron Rodgers both said would be a priority after the wordy calls bogged down the offense in Year 1.

During his session with reporters, general manager Brian Gutekunst delivered a public vote of confidence for 2018 third-round pick Oren Burks, who has contributed little during two injury-marred seasons. With leading tackler and defensive communicator Blake Martinez headed to the free agent market and unlikely to return, the Packers would love for the 6-foot-3, 233-pound Burks to give them the fast, big, athletic insider linebacker that defenses increasingly need in today’s game.

“I feel really good about Oren,” Gutekunst said of Burks, who sustained shoulder (2018) and pectoral (2019) injuries that stunted his development. “He’s got to stay healthy, but I think he has all the talent in the world to be a productive player for us.”

Both LaFleur and Gutekunst said they were thrilled that the team was able to keep veteran kicker Mason Crosby, who signed a three-year, $12.9 million deal earlier this week to stay with the Packers instead of making his first foray into the free-agent market. Crosby, who set a career-high with a 91.7 percent conversion rate on field goals in 2019, entered the league as a sixth-round pick from Colorado and now is under contract through the 2022 season.

“Really happy to have him back,” Gutekunst said. “Obviously, he’s been a 14-year pro now, holds all our records. I think by the time he’s done with us — at least in our lifetime — it’ll be pretty hard for anybody to catch that.”

Crosby is the Packers’ all-time leading scorer (1.,575 points) and also holds the franchise records for made field goals (329) and successful extra points (588).

“The continuity with our three specialists is huge,” LaFleur said of Crosby, punter JK Scott and long-snapper Hunter Bradley. “(Crosby) has been through everything. There’s nothing he hasn’t seen. He came up big for us last season, and we expect the same in the future.”

University of Wisconsin wide receiver Quintez Cephus, who declared early for the draft after catching five passes for 901 yards and seven touchdowns last season, wouldn’t mind only moving about 150 miles up the road to play football in the NFL. He’s well aware the Packers are in the market for wide receivers.

Cephus measured 6-foot-0⅞ and weighed in at 202 pounds at the combine, with 32⅛-inch arms and 8¾-inch hands. Receivers are set to work out Thursday.

While Cephus isn’t a receiver whose size is an issue, Gutekunst made it clear Tuesday he doesn’t have any preconceived notions about how big a receiver must be to be drafted by the Packers. Retired general manager Ron Wolf, who was inducted into the Pro Football Hall of Fame in 2015, didn’t like shorter receivers, but Gutekunst’s predecessor, Ted Thompson, was open to the idea.

“I don’t think we would not draft a player just because he wasn’t tall enough,” Gutekunst said. “We had Randall Cobb here who was a really good player for us for a long time. He certainly didn’t meet some of the height requirements.

“It’s truly about what they can do for our football team, and obviously with Matt’s system there are some tweaks as far as what he does with the slot and stuff that may lend itself to different skill sets.”

LaFleur confirmed another NFL team will come to Green Bay this summer for joint practices, just as the Houston Texans did last summer. LaFleur and Gutekunst each thought last year’s practices with the Texans were beneficial, even though Rodgers pooh-poohed the work the team got while keeping their playbook vanilla during those sessions.

What LaFleur wouldn’t say was which team would be coming to Northeastern Wisconsin for those practices this year.

“We have a team but I don’t know if I can tell you yet,” LaFleur said. “I have to make sure (with the) league.”

The Texans’ visit last August made them the first team to come to Green Bay for joint practices since the Buffalo Bills came to town in 2005 during then-head coach Mike Sherman’s final year.

Despite the success of running backs Aaron Jones and Jamaal Williams last year, LaFleur suggested Tuesday that the team needs a third backfield option. Among the candidates currently on the roster are Dexter Williams, who was a non-factor as a rookie sixth-round pick last season, and returner Tyler Ervin, who was incorporated into the offense last in the year.

“I think that’s one of the tougher positions to play in terms of physicality, and I think you always need multiple guys to get to that finish line,” LaFleur said. “Certainly, we’d like to play one more game than we did last season, and we’re going to need not only those two guys but I do think we’re going to need a third guy to put into that mix moving forward.”

LaFleur had high praise for new defensive backs coach Jerry Gray, who was hired after Jason Simmons departed for a similar role with the Carolina Panthers.

“I think our players are going to be really receptive to him,” LaFleur said of the 57-year-old Gray, whom he described as “calming” and “confident” after two stints as an NFL defensive coordinator. “He’s been a coordinator in this league. He’s just been around this league for such a long time. I think he’s going to bring a lot of value to not only our defensive staff but our whole staff maybe and to our team.”

LaFleur said he hasn’t hired a wide receivers coach to replace the fired Alvis Whitted but jokingly assured reporters that he will hire one.

“I think it’s more about fit,” LaFleur said. “We’ve got a lot of guys that have a lot of experience. It’s just trying to find the right fit, not only for our staff but for our players and for them to go out and perform at their best.”

Mason Crosby's new deal is worth $12.9 million and the Packers kicker will be 38 years old when the contract expires.

As Matt LaFleur and Aaron Rodgers aim for the kind of success Mike Shanahan and John Elway achieved, patience is part of equation

As Mike Shanahan did for John Elway, the Packers hope Matt LaFleur can help Aaron Rodgers to a late-career Super Bowl title.

With ‘work to do’ to catch 49ers, Packers GM Brian Gutekunst aims to close gap, build on 2019 success

While Brian Gutekunst’s moves before the 2019 season improved the defense, he now faces a similarly daunting task to improve his offense and get Aaron Rodgers the requisite weapons to be better in Year 2 of Matt LaFleur’s scheme.

Free agents Bryan Bulaga, Mason Crosby and Tramon Williams may be hard for the Green Bay Packers to keep.

Jonathan Taylor had an NCAA-record 6,174 rushing yards and 18 fumbles in three seasons at UW.

For ex-Badgers linebacker Zack Baun, combine is a place where everybody knows your name

Linebacker Zack Baun is likely to be the first ex-UW player taken in the NFL draft, even before star running back Jonathan Taylor and highly regarded center Tyler Biadasz.

"The foundation has been laid for us,'' Packers coach Matt LaFleur says. "(Aaron Rodgers) knows exactly what to expect going into Year 2."

Tom Oates: Here's an offseason personnel plan for the Packers

While offense remains his specialty, Packers coach Matt LaFleur getting more hands-on with defense this offseason

Packers coach Matt LaFleur has been able to take a more global view of his team this offseason. 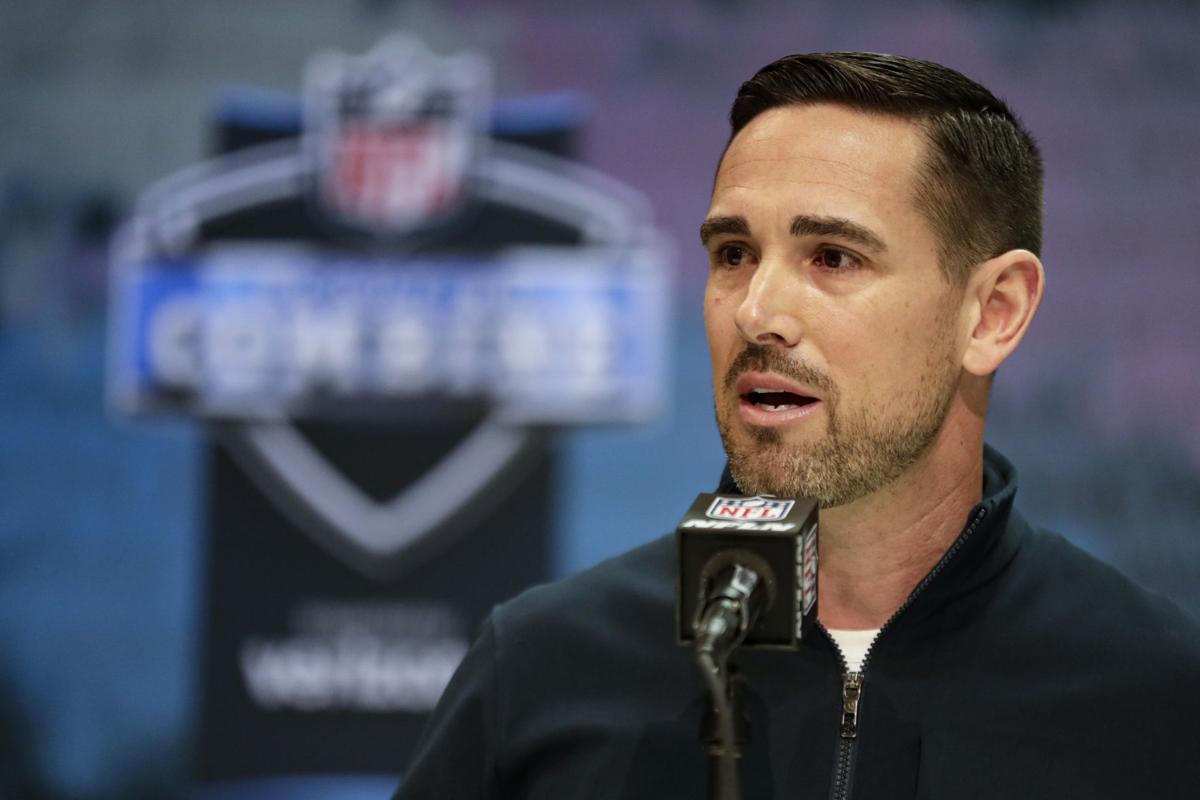 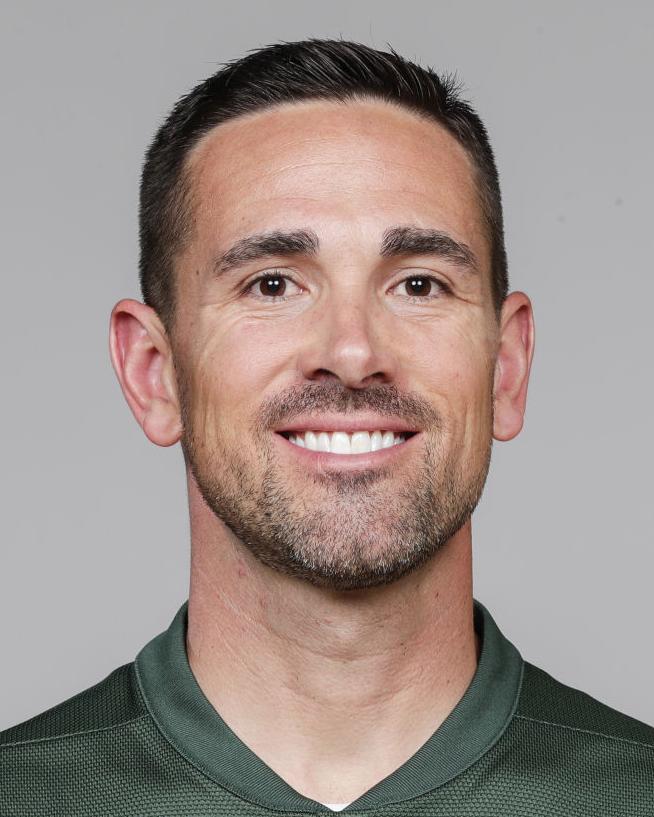