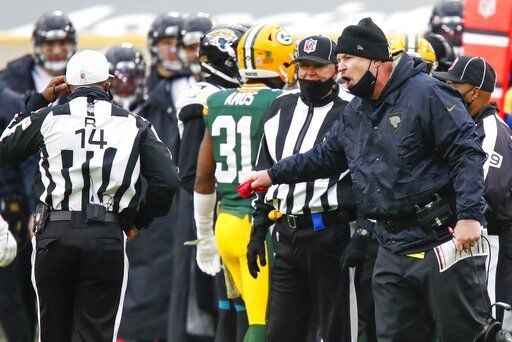 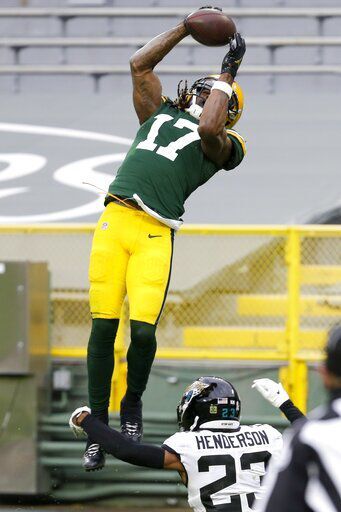 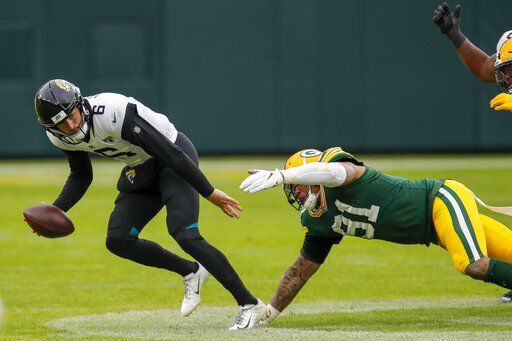 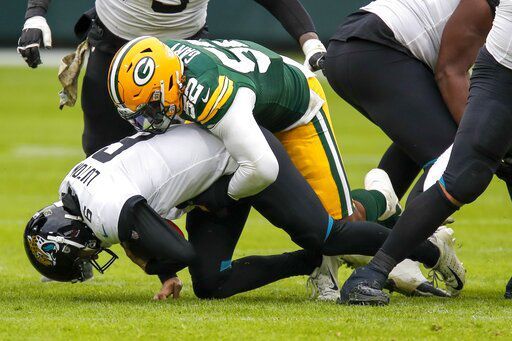 Coach Doug Marrone doesn’t want to hear about how well his Jacksonville Jaguars have played in losses the last two weeks.

Getting close? Improving? Moral victories? Marrone refuses to go there. He even provided a glimpse into how difficult it’s been during an eight-game losing streak that surely has his job in jeopardy.

“I want to make sure I answer this the right way,” Marrone said before a long pause. “Every time you play and lose, for me — I’m not going to talk about anybody else — there’s something that’s in my soul that just gets (expletive) ripped out. That’s how I feel.

“So it doesn’t matter if it’s this game or the other seven before it, it’s something that you can’t replace. At least that’s how I feel.”

Jacksonville (1-8) tied the third-longest skid in franchise history with a 24-20 loss at Green Bay on Sunday. The Jags dropped eight straight to open the 2013 season and nine in a row before firing coach Gus Bradley in 2016.

Marrone and the Jaguars could tie the second-longest mark next week at home against Pittsburgh. The team’s longest losing streak is 13 games and spans two seasons (2012-13).

“Guys are upset,” said rookie quarterback Jake Luton, who threw for 169 yards in his second start, with a touchdown and an interception. “They want better, they expect better. We all do. I don’t think there’s any hanging of heads, just personal expectations from each and every one of us to improve, to put us in a situation to go win a ballgame.”

Jacksonville had a chance against the Packers (7-2). The Jags led 20-17 early in the fourth quarter after James Robinson’s 18-yard touchdown run was nullified by a holding penalty and they settled for a 31-yard field goal.

But the defense promptly gave up a 75-yard drive that ended with Aaron Rodgers’ 6-yard TD pass to Davonte Adams.

Still, Jacksonville had two chances to pull back ahead. Luton misfired on six of his final seven passes and was sacked twice.

“It was rough,” Luton said. “That’s a situation that you want to be in. Your defense gives you a chance to go win a ballgame and we couldn’t execute. It hurts. We’re going to have to go back and take a look at, look at how we can improve. Our defense put us in position to win the game and we didn’t pull through.”

The Jaguars had a 2-point conversion to tie Houston last week at home, but Luton threw a wobbler that landed at DJ Chark’s feet in the end zone and they lost 27-25.

They were overall better against the Packers, forcing two turnovers, scoring on special teams and getting 109 yards rushing from Robinson. There are clear signs of progress, especially among a group of rookies that includes Luton, Robinson, receiver Laviska Shenault, cornerback CJ Henderson, defensive tackle Doug Costin and safety Daniel Thomas.

But Marrone can’t let himself look at the bright side. Not after two months of losing.

“I just think like if anyone reads that or a quote by me or anything like that, I don’t know,” Marrone said. “For some reason, I just don’t want to go there, so I apologize for that. And maybe it’s hard for me after a game to really try to kind of say where everyone’s going or not.

“I’ve been in this thing a long time, and I love this game, but I meant what I said … A lot of times people are going to go ahead and the game’s over and life moves on. Well, it doesn’t move on for us. It sits there.”

'It's just a field goal': Limits of NFL placekicking being re-thought this season

There have been 71 field goals of at least 50 yards this season, surpassing the 2017 season (67) for the most in NFL history through Week 10.