GREEN BAY — Nick Collins has watched plenty of Green Bay Packers games over the past seven years and he’s thought the same thing many of the team’s passionate fans have: The safety position has been, to put it kindly, inconsistent.

Collins, who entered the Packers Hall of Fame in 2016, won’t go so far as to say the team hasn’t suitably replaced him since he suffered his career-ending neck injury in 2011 — even though could. He’s simply too humble and polite to do so.

What he will do is emphasize how important the safety position is, and point out the direct correlation between pedestrian safety play and low interception numbers.

He could easily use last season as an example, too: Only one team, the San Francisco 49ers, finished 2018 with fewer interceptions than the Packers (seven), and to Collins, the fact the team had to move his old friend and ex-teammate Tramon Williams to safety after shipping 2014 first-round pick Ha Ha Clinton-Dix out at the trade deadline only underscored how difficult things were in the back end.

In addition to Williams and Clinton-Dix, the only experienced veterans in the group, the Packers tried six other players at safety last season: Jermaine Whitehead, Josh Jones, Eddie Pleasant, Ibraheim Campbell, Raven Greene and Kentrell Brice.

“I think when you have a bunch of young guys in those positions at safety and in the secondary, you get timid about making plays, taking chances. If you don’t take chances, there’s not a lot of turnovers,” Collins said in an ESPN Wisconsin interview. “They’re just out there just playing the game — not playing with instincts. ‘OK, this is the call, I’m going to be in my position, this is what I’ve got to do.’

“That’s all great, but sometimes you have to make a play. This game is about making plays. and you’ve got the best quarterback in the NFL. In order for him to have multiple opportunities to put points on the board, you’ve got to get turnovers. And they haven’t created enough turnovers for that to happen.”

Now, the Packers are hoping the addition of former Maryland safety Darnell Savage, the second of their two first-round draft picks last month, finally gives them a player worthy of being mentioned in the same sentence as Collins. He’ll have his work cut out for him, though: Collins had 22 interceptions (including playoffs) in six full NFL seasons, including five he returned for touchdowns. And ex-coach Mike McCarthy, quarterback Aaron Rodgers and future Pro Football Hall of Famer Charles Woodson have all said they believe Collins was in the midst of a Canton-worthy career when he went down at Carolina on Sept. 18, 2011.

With the Packers kicking off organized team activity practices on Monday, Savage was able to practice for the first time with the veterans — including veteran free agent addition Adrian Amos, who’ll be his running mate this season. That they signed Amos to a four-year, $36 million deal ($12 million guaranteed) and traded up in the first round from No. 30 to No. 21 to take Savage (a move that cost general manager Brian Gutekunst two fourth-round picks) shows how serious the Packers are about fixing the problematic position.

And at free safety, that starts with Savage, whom coach Matt LaFleur said the Packers had graded as the No. 1 safety in the draft.

“When you have a guy that can erase half of the field, you can’t throw into windows because he’s sitting right there and he can go get it — a guy who can close on a ball in the hook, curl zones and get to the ball,” Gutekunst said. “There’s not a lot of those guys, and I certainly think we’ve added one.”

That’s something Collins did for Dom Capers’ defenses in 2009 and 2010. And while it’s unfair to put Collins-level expectations on Savage before he’s played an NFL snap, comparing the two is next to impossible.

While Collins developed into a field-tilting player — who could forget his interception return for a touchdown in Super Bowl XLV? — he did experience growing pains his first two seasons. Whether Savage can avoid those — or shorten how long they last — in defensive coordinator Mike Pettine’s scheme is unclear. He and Amos will also be tasked with getting comfortable in a system that will be new to both of them but not to many of their defensive teammates, who were on the team for Year 1 under Pettine.

For Savage, on-field communication will also be a challenge, according to ex-Packers safety coach Darren Perry, who coached Collins starting in 2009 — the second of his three straight Pro Bowl seasons.

“I experienced it myself coming into the league,” Perry said. “When you’re a rookie, sometimes your tone isn’t as loud as it needs to be and to play the safety position, with all the moving parts, making sure everyone is on the same page. That’s hard to do early on.

“Nick Collins, when we first put (Capers’) system in, he wasn’t vocal as you’d like (safeties) to be. They’re just not as comfortable and they haven’t been versed in the scheme. Once they get comfortable with it they become louder, they become a little bit more sure of themselves.”

Said Savage: “I just feel like I fit in with a lot of guys. I feel like we have a lot of smart, talented football players on this defense, and I feel like I kind of fit that. My brain is what really stands out. Like I said, I’m just ready to come in and contribute in any way possible. I’m excited for it.”

Alexander’s strong performance during his rookie season came with just one interception. He’ll have to elevate that number to achieve the accolades he’s expecting. 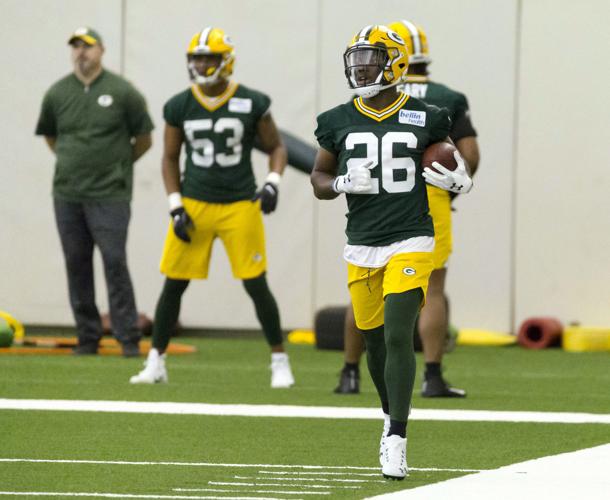 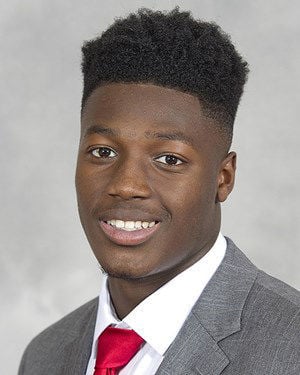