GREEN BAY — Two years into an NFL career that has been marked by far more injuries than interceptions, Kevin King knew he had to do something different this offseason. So he did.

Having admitted late last year — as he finished the season on injured reserve again — that he needed to do just that and be more of a professional, the Green Bay Packers third-year cornerback took a new approach with his time off this time.

Instead of jet-setting around the world with his buddies at a moment’s notice, he hunkered down in his native Bay Area in California, focused on workouts instead of fun and set his mind to becoming the player the Packers expected him to be when they took him at the top of the second round (No. 33 overall) in the 2017 NFL Draft.

“Maturity,” said the 24-year-old King, who isn’t married, doesn’t have children and is in the third year of a four-year, $7.08 million contract. “When you come into the league, you have a childish mindset. You’re coming from college, where everything is so structured. You do this, this, this, basically 50 weeks out of the year. You’ve got no money.

“Then you come to the NFL, you’re a high draft pick, you give a guy X amount of money, you give a guy months off, and it’s easy to get lost in the sauce on things. Because there’s nobody telling you what to do. But then, you’ve got to figure it out. And it comes with time, with trial and error. You need to rest. You need to enjoy yourself. You need to have fun. You need to unplug. Those are things you absolutely should be doing.

“But how much of that do you do? You have to have that balance — and growth. You have to learn what works for you.”

What worked for King was more structure, less silliness. He didn’t adopt a monastic approach to the offseason, but he made sure he stayed home for most of his time off and cut back on one thing he loves: Traveling.

“I like being in a routine — getting up at the same time every day, doing this, doing that, and then have my time. Rather than flying here, flying there, trying to get your workout in. You’re all over the place,” King said. “Your sleep schedule might be off, you don’t eat at the same time. It’s not like the work isn’t there, it’s just different. I just wanted to get my mind, my body in a routine so I could get those gains, that growth.

“Think about it: Having money, and not having a family, you can go anywhere, whenever. Right? And when you have free time, it’s no big deal. Your friends are like, ‘Hey, let’s go to … Vegas!’ And you’re like, ‘All right. Let’s go.’ But now, it’s, ‘Nah, man, I’ve got this workout scheduled. Maybe another time.’ It’s OK to do that, but not all the time.”

And for King, there was no time like the present — and early returns on his more mature approach have been positive so far in camp. Playing alongside some big-time trash-talkers in Jaire Alexander, Tony Brown and others at the cornerback position, King’s more measured approach has gotten the attention of quarterback Aaron Rodgers, who was surprised to learn Thursday that King is only entering his third season.

“Kevin’s a little older. (He’s) been around a little bit; I know he’s missed some time. Is it only his third year? Oh, wow. He seems a lot older,” Rodgers said. “Those guys, they’re always chirping sometimes, especially Tony Brown, chirping about throwing to his side and giving us some work today, so I like to go after him.

“They’ve done a nice job. Those guys have good ball skills, they can all run, and they all have a different area that they excel in. Kevin’s very long and good at the line of scrimmage and good ball skills. Jaire obviously has incredible speed. We’re just trying to give them some work and trying to get after them a little bit.”

For instance, while Alexander proclaimed during the offseason that he’s going to be a Pro Bowl and All-Pro selection this season, King wouldn’t go anywhere near such a prediction. (“Nah, that’s not me,” he said.)

That could be King’s experience — and disappointments — talking. Coming out of the University of Washington as a junior, the Packers loved King’s height and length — he’s 6-foot-3, while his running mate Alexander is 5-10 — and his speed (4.43-second 40-yard dash before the draft).

But King arrived in Green Bay with a left shoulder injury he first suffered in college, and he was in-and-out of the lineup his first season before the shoulder finally gave out after nine games. He underwent surgery to repair his labrum and was placed on IR.

Last year, he started six games but missed time with groin and hamstring injuries, ultimately landing on IR with the hamstring on Dec. 5. Through two seasons, King has played in just 15 of a possible 32 games.

Asked about King earlier in the week after he intercepted Rodgers during an 11-on-11 period, coach Matt LaFleur’s mind flashed to King’s interception against San Francisco last season, a play LaFleur saw on film as he familiarized himself with the roster.

“Kevin, first of all, you look at his length and his size and he’s made plays in the past. I can think right off the top of my head, the play that sticks out is that interception he made in the San Francisco game last year. So yeah, he’s a real talented player,” LaFleur said. “We’ve just got to keep him healthy and have him progress each day. And he’s done a good job of that.

“I like his approach. He’s a great person, and I think it’s starting to show out there, his talent.”

And, his maturity – something he showed again in his answer about how well camp has gone.

“It feels nice,” King said. “This is my job. You never want to not be able to do your job. This is my livelihood. To be back out there, it feels great.

“But I’m just trying to show that I can go out there and play football.”

Robert? Bobby? By any name, Tonyan trending toward more opportunities in Packers’ offense

The Packers are excited about the potential of the second-year tight end.

Marquez Valdes-Scantling has emerged early in camp as the clear-cut third wide receiver in the pecking order behind No. 1 target Davante Adams…

During Family Night at Lambeau Field on Friday night, Tony Brown gave everyone something to really talk about with an interception of DeShone …

“Obviously I’m thrilled and excited to be back in Green Bay and to be playing in Wisconsin," Watt said. "The last time we played here, I was i…

Lonnie Johnson drilled Jace Sternberger so hard that Sternberger’s helmet flew off — and Johnson then stood over him in a flexing, taunting ma…

Packers at 100 | Tom Oates: Despite all that divides Wisconsin, Packers bring us together

From one end of Wisconsin to the other, the Packers are a sure-fire conversation starter, a source of great angst at times, great joy at other…

Packers at 100 | In the beginning: A look at how the Packers began

The Green Bay Packers, who will mark the 100th anniversary of the franchise’s founding on Aug. 11, faced multiple fights for their survival in…

Packers at 100 | Green and gold's greatest: Picking best Packers players from each decade

Packers at 100 | What if? Five moments that would’ve changed Packers history if they HADN’T happened

Here’s a look at five pivotal events that, had they not happened, the Packers may never have made it to their 100th anniversary on Aug. 11.

Packers at 100 | Heartbreakers: The five most legacy-changing defeats in Packers history

GREEN BAY — For all their success — an NFL-best 13 world championships, Super Bowl I, II, XXXI and XLV titles, some of the greatest players th…

For the past three decades, Brett Favre and Aaron Rodgers have done their best to live up to Bart Starr’s ideals. And while that’s not always …

As the Green Bay Packers prepare to mark the 100th anniversary of the franchise's founding on Sunday, Jason Wilde ranks the five best quarterb…

As the Green Bay Packers prepare to mark the 100th anniversary of the franchise's founding on Sunday, Jason Wilde ranks the five best offensiv…

As the Green Bay Packers prepare to mark the 100th anniversary of the franchise's founding on Sunday, Jason Wilde ranks the five best defensiv…

As the Green Bay Packers prepare to mark the 100th anniversary of the franchise's founding on Sunday, Jason Wilde ranks the five most importan…

Underestimate Packers wide receiver Jake Kumerow at your own risk

As most starters sit, Packers get good look at DeShone Kizer, Tim Boyle in win over Texans

With 16 preferred starters sitting, Green Bay's 28-26 win over Houston was in no way, shape or form an accurate depiction of what the team cou… 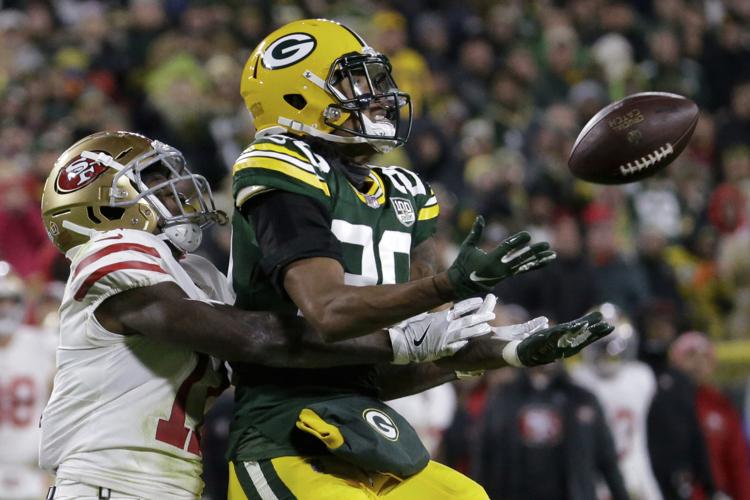 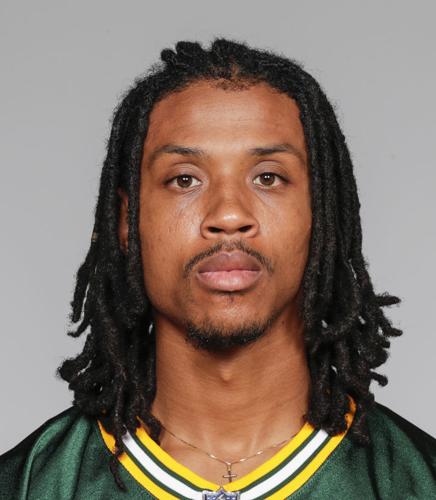