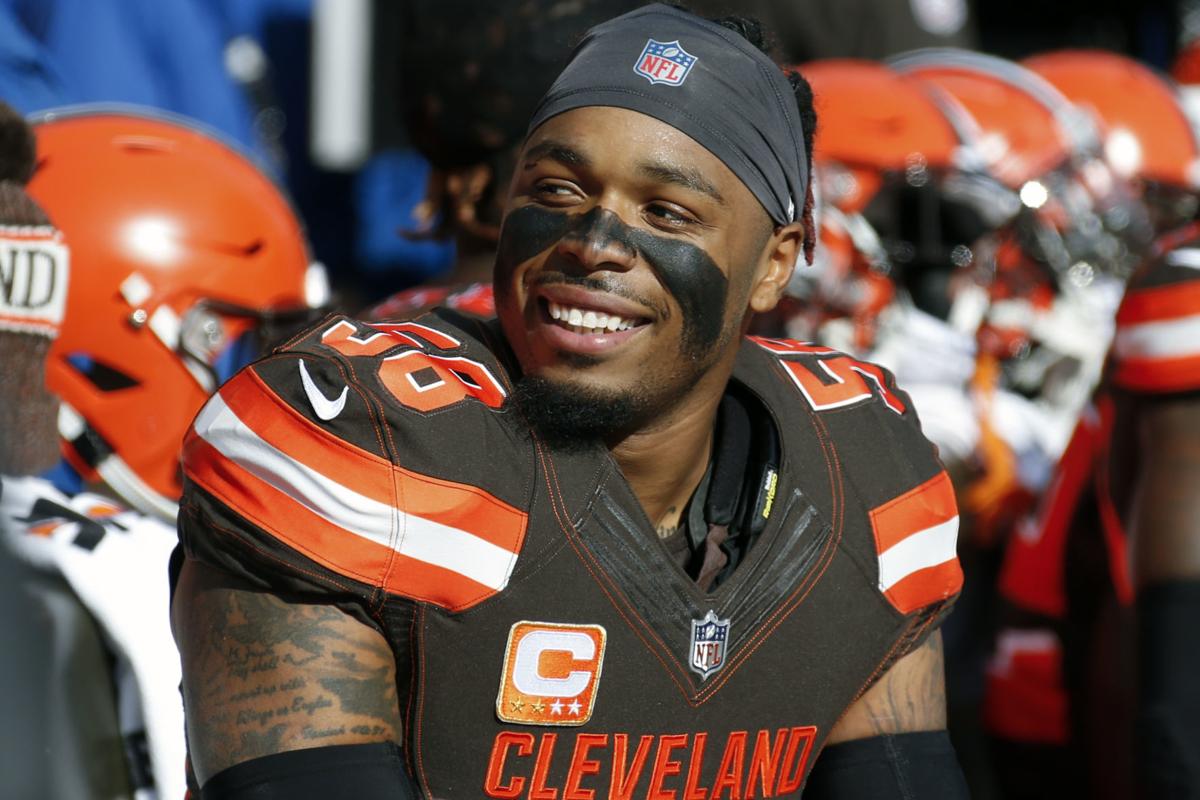 Ex-Browns inside linebacker Christian Kirksey reportedly agreed to a two-year deal with the Packers worth $13 million, including $4 million in guaranteed money. 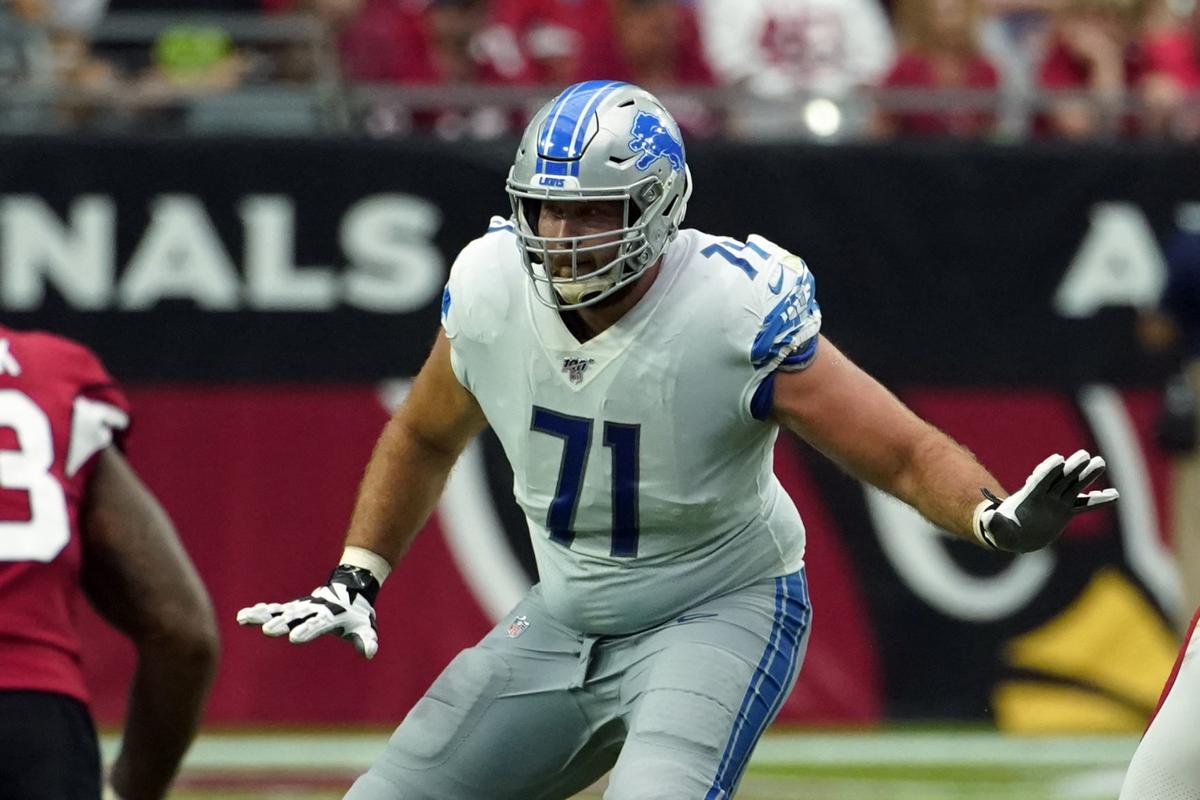 Ex-Lions right tackle Rick Wagner — a West Allis native and former UW standout — reportedly agreed to a two-year deal with the Packers worth $11 million, including a $3.5 million signing bonus.

Kirksey’s representatives at SportsStars announced his agreement, while NFL Network and ESPN reported the Wagner deal. The Packers had not yet announced either deal.

Tom Oates: Here's an offseason personnel plan for the Packers

Their deals virtually guaranteed the Packers wouldn’t bring back Martinez, a 2016 fourth-round pick who set a single-season franchise record for tackles last season, and Bulaga, a 2010 first-round pick who had arguably his best season in 2019 and should have a robust free agent market with very few quality free agents available at the position.

Gutekunst said last month he wouldn’t be able to spend on free agents like he had a year earlier and suggested he’d have to delve into a different market: players who were cut by their previous teams.

“We’re not going to be able to do what we did in unrestricted free agency last year,” said Gutekunst, who signed four big-money veterans — outside linebackers Za’Darius and Preston Smith, safety Adrian Amos and right guard Billy Turner — at the outset of free agency last year. “But I think when you look at free agency overall, with salary-cap casualties and different things, I think we’ll be able to add some players to our roster that can help us.”

Clearly, Gutekunst believes Kirksey and Wagner fit the bill as less-expensive veterans who can allow him to allocate funds elsewhere since Bulaga and Martinez would not have been as cost-effective to bring back.

The 30-year-old Wagner, who entered the league as a fifth-round pick with the Baltimore Ravens, had two years left in a five-year, $47.5 million free agent deal he signed with the Lions as part of their offensive line makeover in 2017. He wound up starting 40 of a possible 48 games at right tackle but never lived up to a contract that made him one of the highest-paid right tackles in the league. Wagner will actually count more against the Lions’ salary cap this season ($5.8 million) than he will on the Packers’ cap.

The 27-year-old Kirksey, a 2014 third-round pick from Iowa, played two seasons for the Browns under now-Packers defensive coordinator Mike Pettine, the ex-Browns head coach. And in 2016 and 2017, Kirksey was one of the NFL’s most productive inside linebackers in the NFL, with 148 tackles, 2.5 sacks and 11 tackles for loss in 2016 and 138 tackles, 3.5 sacks, six tackles for loss and two forced fumbles in 2017.

But injuries have plagued him each of the past two years, as he played just seven games in 2018 because of shoulder, ankle and hamstring injuries and played only two games last year after suffering a torn pectoral tendon that required surgery.

“He is exactly what you think about when you hear people say ‘a true professional.’ He’s a guy that approaches his game with a level of detail, a level of study that you rarely see in the NFL,” Thomas said Monday on ESPN Wisconsin. “He’s a guy that has an incredible passion for the game. He’s an unbelievable leader.

“He’s got great skill on the field. He can fill in the run game. He’s not a ‘big’ linebacker, so a lot of times, especially early on his career, we would see him when we would go through 9-on-7 drills and think, ‘Hey, we can run at this guy. He’s a smaller linebacker …’ But the way he comes downhill and the way he’s able to thump people really impressed us. He was knocking guys out left and right in training camp and his first few years in the NFL.

“He’s got a level of power and an ability to get under your pads (as a blocker) that you rarely see as an undersized linebacker. And he’s got that willingness. He really checks all the boxes when you talk about what you want from a middle linebacker from a leadership standpoint, as a quarterback on the field. I think the only reason Cleveland got rid of him was the last couple years he’s been banged up. Which obviously is a concern, and that’s why the Packers were able to get him at a ‘comfortable’ number compared to maybe where his skill level is. Obviously, the injury risk is going to be a concern.”

By releasing Jimmy Graham with one year remaining on the three-year, $30 million deal he signed as a free agent in March 2018, the Packers will save $8 million in salary-cap space they’ll be able to allocate elsewhere when the free agent market opens next week.

The free agent QB market features Philip Rivers, Jameis Winston, Andy Dalton, Teddy Bridgewater, Dak Prescott, Ryan Tannehill and Marcus Mariota, but many of their moves could depend on where Tom Brady winds up.

The NFL players' union extended the deadline by two days for its members to vote on a new labor agreement with the league.

Badgers in the XFL: Check out performances by former Wisconsin players in Week 5

The fifth week of the XFL season saw three former University of Wisconsin football players make contributuions to their teams.

While offense remains his specialty, Packers coach Matt LaFleur getting more hands-on with defense this offseason

Packers coach Matt LaFleur has been able to take a more global view of his team this offseason.

Badgers in the XFL: Check out performances by former Wisconsin players in Week 4

The fourth week of the XFL season was a slow one for three University of Wisconsin products.

"The foundation has been laid for us,'' Packers coach Matt LaFleur says. "(Aaron Rodgers) knows exactly what to expect going into Year 2."

The Bears agreed on a two-year deal with Jimmy Graham that, according to ESPN's Adam Schefter, includes $9 million guaranteed and could be worth up to $16 million overall. It speaks to the Bears' desperate need for production at tight end.

Rain, some snow to hit southern Wisconsin over coming days, with big snowstorm possible to the north

The upper Great Lakes, including northern Wisconsin, may get 3 to 6 inches of snow, but could see blizzard conditions, according to forecasters.

The NFL is considering delaying the approval of free agent deals being made the last two days because of a lack of signed contracts.

Tom Brady the latest star to leave his longtime home

A legendary star switching teams toward the end of his career is more common than you might think. Here are a few of the most prominent examples.

The track record for aging Hall-of-Fame quarterbacks who leave the teams they starred for at the end of their careers is mixed.

The Packers need to figure out what happens next at inside linebacker after letting Blake Martinez and B.J. Goodson leave in free agency and adding often-injured Christian Kirksey.

General manager Brian Gutekunst brought in the 6-foot-4 Funchess on a one-year, prove-it deal in the hope that he can recapture his 2017 form, when he caught 63 passes for 840 yards and eight touchdowns for the Carolina Panthers.

Ex-Browns inside linebacker Christian Kirksey reportedly agreed to a two-year deal with the Packers worth $13 million, including $4 million in guaranteed money.

Ex-Lions right tackle Rick Wagner — a West Allis native and former UW standout — reportedly agreed to a two-year deal with the Packers worth $11 million, including a $3.5 million signing bonus. 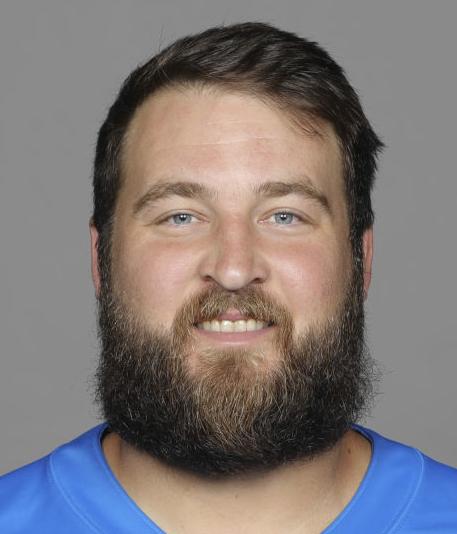