Subscribe
Read Today's E-Edition
Share This
From ‘Yosh? Really?’ to ‘I love that dude’ and ‘a hell of a football player’ — How Yosh Nijman delivered for Packers
0 Comments
Share this
JASON WILDE For the State Journal

GREEN BAY — The fourth quarter was about to start at Levi’s Stadium on Sunday night and as the members of the Green Bay Packers offense made their way from one 30-yard line to the other, Davante Adams encountered Yosh Nijman.

The Packers were in the middle of a 10-play, 86-yard touchdown drive, and Adams, the team’s star wide receiver, was doubling as an unofficial cheerleader when he met up with Nijman, who was making his first NFL start under the most challenging of circumstances: at left tackle with five-time All-Pro David Bakhtiari and Pro Bowl guard-turned-tackle Elgton Jenkins sidelined, facing arguably the NFL’s best defensive front, in the Packers’ first true post-pandemic road game in front of a stadium filled with hostile opposing fans.

Except, you wouldn’t have known it from his demeanor. Instead of being a nervous wreck, the 6-foot-7, 314-pound soft-spoken gentle giant was preternaturally calm.

“For him to have to be thrust into that position, I’m really proud of him,” Adams said after the Packers’ 30-28 victory over the San Francisco 49ers — in which Nijman, once he’d settled in, performed well. “I mean, I love that dude. When we switched sides of the field in the fourth quarter, he’s walking by me. And I’m turning everybody up, I’m going crazy. And he looks at me and he goes, ‘Man, it’s just a blessing to play with you guys. I really enjoy this.’ And I’m just like, ‘Whaaaaaa?’

“It kind of slowed me down for a second, and I just got real appreciative for having a teammate like that. … Yosh is a hell of a football player. Great heart. Just a great teammate all around. I’m proud of what he did.”

What Nijman did was more than hold his own against the 49ers and stud edge rusher Nick Bosa, the No. 2 overall pick in the 2019 NFL draft who was the NFL defensive rookie of the year that season with nine sacks before missing most of last season with a torn ACL.

While Bosa certainly got the better of Nijman early in the game, and the Packers admittedly — and understandably — gave Nijman help in protection during the game, his performance was notable because he, too, was in that 2019 NFL draft. Except he went undrafted despite starting 32 games at Virginia Tech and putting up impressive athleticism numbers at the NFL scouting combine (4.88-second 40-yard dash, 4.5-second 20-yard shuttle).

“It’s just been a journey,” Nijman said afterward. “I’ve just been trying to be diligent in my doing. I just feel like the coaches trusted me. They had confidence in me. I had confidence in myself, so I think, just that duo I was able to actually go out and execute. I just knew I had my teammates, my coaches supporting me as I was supporting the team. It means that’s just the belief factor. There might be some little things here and there, but we got the job done.”

That they did, but there were certainly hiccups early on, as Bosa wrecked the Packers’ opening drive after they’d reached the San Francisco 15-yard line.

On first-and-10, Bosa got past Nijman and batted quarterback Aaron Rodgers’ pass into the air, with Rodgers grabbing it for a 4-yard loss. Bosa beat Nijman on a pass rush on the next play, and Nijman grabbed onto Bosa’s facemask for a 15-yard personal foul, making it second and 29. Then, Bosa pushed Nijman back into the backfield and took running back Aaron Jones down for a 4-yard loss, making it third and 33. The Packers settled for a Mason Crosby field goal.

At that point, it seemed worth second-guessing the coaches’ decision to start Nijman, with his 14 career regular-season offensive snaps, instead of juggling the line to put veteran right tackle Billy Turner (making his 62nd career start, including playoffs) on the left side and bringing another veteran in Dennis Kelly (playing in his 107th career game, having made 48 NFL starts) to play right tackle.

Coach Matt LaFleur explained Monday he and offensive line coach Adam Stenavich had opted for the unproven Nijman in part because the coaches began the week holding out hope Jenkins’ injured ankle would improve enough for him to play, and they didn’t want Turner practicing all week at left tackle and then having to play right tackle on Sunday night.

“(But) I also think Yosh earned it,” LaFleur quickly added. “Shoot, he had a really good preseason, and he did it against good competition. He was going against other teams’ ones in Buffalo and the (New York) Jets, so I think he earned it.”

So did Stenavich, who challenged Nijman in the preseason to prove he had gone from a developmental prospect with intriguing tools to a bona fide player. That’s why he played Nijman 157 of a possible 176 offensive snaps (89.2%) at left tackle in preseason.

“Yosh, he’s a very soft-spoken quiet guy, great young kid. I’m just really proud of the way he battled. I mean, he’s going up against one of the top three premier pass rushers in the game for most of the game, And, we gave him some help, because you’ve got to — Bosa’s such a stud. But there were times where he had no help, and I thought he held up real well.”

With Bakhtiari stuck on the PUP list for at least three more games and Jenkins’ status unclear for this Sunday’s game against the Pittsburgh Steelers at Lambeau Field, Nijman could be back at left tackle again, protecting Rodgers’ blind side. And now, the Packers know he is up to the task.

Per agreed-upon NFL-NFLPA policy, clubs are not permitted to comment on a player’s medical status other than referring to roster status.

Led by new quarterback Matthew Stafford, the Rams have opened the season 3-0 and received all 12 first-place votes for 384 points in balloting by media members who regularly cover the NFL.

Inside the 37 seconds that may define the Packers’ season

“It felt like it was such a growth moment for us,” quarterback Aaron Rodgers said of Green Bay's 30-28 victory over San Francisco on Sunday night.

While the Packers had to hold on for dear life after every bit of their early 17-point lead had disappeared, in the end Green Bay coach Matt LaFleur got something he surely wanted desperately: A 30-28 victory over the 49ers Sunday night at Levi’s Stadium.

The head coach says that “at no point in time am I ever telling Joe (Barry) or (special teams coordinator) Mo (Drayton) exactly what to do.”

GREEN BAY — They’re certainly not rivals, though they did meet on the biggest stage and with the most at stake as any two quarterbacks could.

GREEN BAY — Kevin King’s illness turned out to be lingering effects of a concussion.

GREEN BAY — According to the official box score of the Green Bay Packers’ 30-28 victory over the San Francisco 49ers last Sunday night, Allen …

While Ben Roethlisberger and an offense featuring four rookie starters and a first-year offensive coordinator are struggling, the Pittsburgh Steelers defense has lost a bit of the swagger that's become its signature under longtime defensive coordinator Keith Butler.

Who would have thought losing Super Bowl XLV to the Packers would turn the Steelers into the Houston Texans?

Is Packers’ injury luck taking a turn for the worse? Za’Darius Smith has back surgery, Marquez Valdes-Scantling out for Sunday

“I’m really proud of Preston,” the quarterback said of the pass rusher. “Preston’s come in after taking a pay cut and been a great teammate, a great leader, he’s practiced really well." 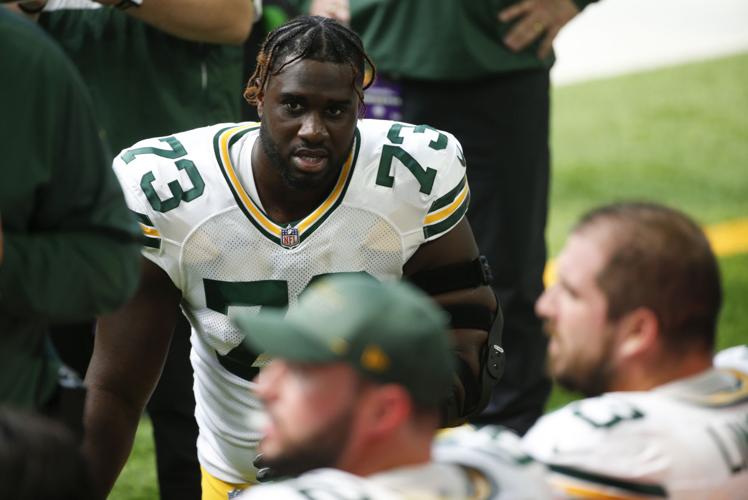 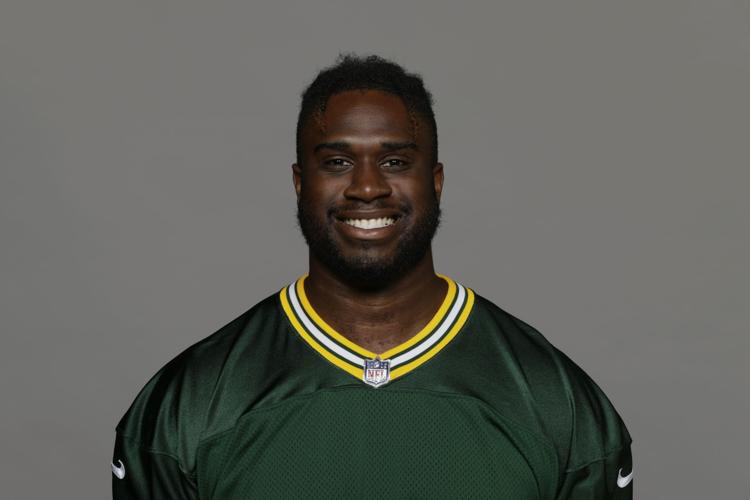