GREEN BAY — Former Green Bay Packers general manager Ted Thompson revealed Wednesday that he has been diagnosed with what he termed “an autonomic disorder,” but emphasized that it is not believed to have been caused by his NFL playing career and that he hopes to beat the illness.

How it impacted the final years of his 13-year tenure as GM is unclear, but Thompson acknowledged that the disorder played a role in him transitioning into a senior advisor’s role in January 2018.

Thompson, 66, was inducted into the Packers Hall of Fame on Saturday night. He said in the statement released through the team that he and Packers president/CEO Mark Murphy discussed his health and agreed near the end of the 2017 NFL season that he needed to step away from his GM position because of it.

Brian Gutekunst, a veteran scout who’d served as the team’s college scouting director and then its director of player personnel, was chosen as the successor to his longtime mentor.

“Late in the 2017 season, Mark Murphy and I had a conversation about my health and future with the Packers. At that time, we mutually agreed that it was in the best interests of myself and the organization to step away from my role as general manager,” Thompson said in the statement. “In consultation with team physician Dr. John Gray, I began a complete health evaluation that has included second opinions over the last year from the Medical College of Wisconsin, the Mayo Clinic and the UT Southwestern Medical Center.

“I have been diagnosed with an autonomic disorder. I feel that it’s important to mention that based on the test results and opinions of medical specialists, they feel that I do not fit the profile of someone suffering from chronic traumatic encephalopathy (CTE).

“I want to thank Dr. Gray, the medical professionals, the Green Bay Packers and my family for all that they have done and continue to do for me. It was a tremendous honor to be inducted into the Packers Hall of Fame this past weekend. The Green Bay community and the fans of the Packers have always been and will continue to be very special to me. It is my hope and belief that I will be able to overcome this disorder.

“Finally, I’d like to ask that you respect the privacy of myself and my family as we move forward.”

According to New York University Langone’s Dysautonomia Center, autonomic disorders impact the autonomic nervous system, which regulates the function of the body’s internal organs, such as heart rate, blood pressure, digestion, and body temperature. People with an autonomic disorder have trouble regulating one or more of these systems, which can result in fainting, lightheadedness, fluctuating blood pressure, and other symptoms.

Thompson did not specify in his statement which type of autonomic disorder he is dealing with. He also did not divulge when he began experiencing symptoms or how the disorder specifically impacted him and how he did his job as GM.

Among the symptoms shown by various types of autonomic disorders are moving slowly, stiffness, tremors, problems with balance and coordination, difficulty swallowing, speech problems or a quivering voice, and unusual eye movements, according to NYU.

Thompson played 10 NFL seasons for the Houston Oilers (1975-1984) as a linebacker and special-teams standout. It’s noteworthy that he said in his statement that doctors do not believe he fits the profile of a CTE sufferer. CTE is a brain condition associated with repeated blows to the head and is also associated with the development of dementia, and it has been found in players from Thompson’s era.

In recent years, Thompson had shown some outward signs of slowing down and appeared particularly run down in the days leading up to and during the 2017 NFL draft, his final draft as GM. Before that, Thompson had dialed back his travel schedule, reducing what had been his favorite part of his job — going on the road to scout prospects — in the wake of 2014 hip replacement surgery.

Thompson’s speech was noticeably more deliberate during his annual pre-draft news conference before that 2017 draft, and his already limited media sessions were shorter and less frequent.

During one of his regularly-scheduled press briefings during training camp on July 31, 2017, Thompson was asked how he was feeling physically.

“I think I’m good to go,” he replied. “I think sometimes as you get older and having played — not that playing football is harmful to you — there are a few places where I limp a little more than I used to and that sort of thing. But otherwise I feel good.”

Thompson’s tenure as general manager was largely defined by three events: Using his first draft selection on quarterback Aaron Rodgers during the 2005 NFL draft, even though the team still had future Pro Football Hall of Famer Brett Favre as its starter; trading Favre to the New York Jets in August 2008, after Favre decided to unretire and the Packers had moved on with Rodgers as their starter; and Rodgers leading the 2010 team to the Super Bowl XLV title in his third season as the starter.

Thompson took over for coach/GM Mike Sherman in January 2005, after then-team president/CEO Bob Harlan stripped Sherman of his GM duties. Thompson kept Sherman as head coach but after the Packers went 4-12 in 2005, Thompson fired Sherman and hired Mike McCarthy as his replacement. In 2007, McCarthy led the Packers a 13-3 record and a berth in the NFC Championship Game, which the Packers lost at Lambeau Field to the eventual Super Bowl champion New York Giants when Favre threw an interception in overtime. It would be Favre’s final pass as a Packer.

On Saturday night at Lambeau Field, Thompson was enshrined in the Packers Hall of Fame, roughly 16 months after transitioning to a senior advisory role. Among the video tributes during the ceremony was one from Rodgers, who told Thompson in the message, “I’ll never forget your loyalty. I’m going to always be thankful for the time I had to spend with you, and the fact that you took a chance on a young kid from California. Thank you for your vision, thank you for believing in me year after year, thank you for representing the Green Bay Packers so well. And I’ll see you down the road.”

Thompson was presented for induction by longtime friend and former Houston Oilers teammate Mike Reinfeldt, who said in part, “I think history is going to be kind to Ted Thompson. When they look back and see what he accomplished, it’s a pretty golden era for the Packers.”

Thompson, meanwhile, limited his brief acceptance speech — which he began by acknowledging that he has always been “a man of few words” — to a simple thank-you after a video was played that included an extended interview with Thompson and clips of the many players he brought to Green Bay.

“This is a great honor. I appreciate it more than you could ever know,” Thompson said in his brief remarks. “This means a lot to me.”

Jason Wilde ranks the 10 worst first-round picks by the Green Bay Packers over the decades.

The Green Bay Packers made news on Monday by signing free agent tight end Jared Cook. Free agent signings have been so rare under general mana…

Still, Brian Gutekunst made it clear that he was calling the shots in the 2018 NFL draft — the first in 13 years that Ted Thompson, who transitioned into an advisory role this offseason, didn’t run.

Tom Oates: Brian Gutekunst a good hire as Packers' general manager, but leadership structure is a cause for concern

Tom Oates: In search for new GM, Packers should stick with what has worked

The next Packers general manager should have a scouting background first and an administrative background second.

The team president has mostly been involved with the franchise's business operations.

Less than 24 hours after their first playoff-less season in nine years came to an end, the Packers set about remaking their operation on Monday – in a huge way. 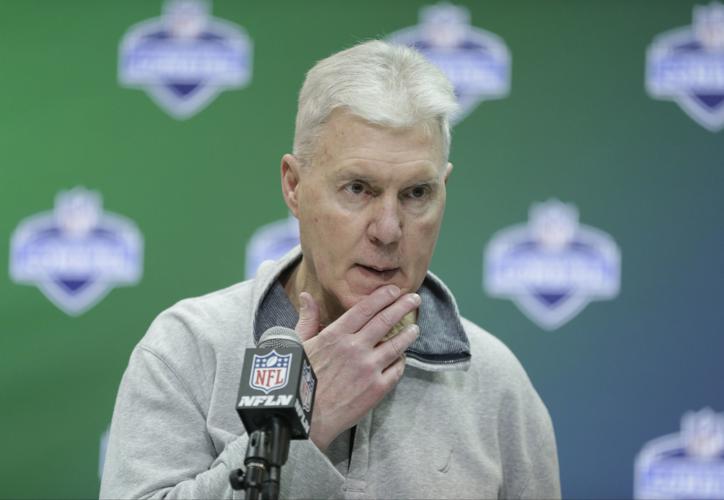 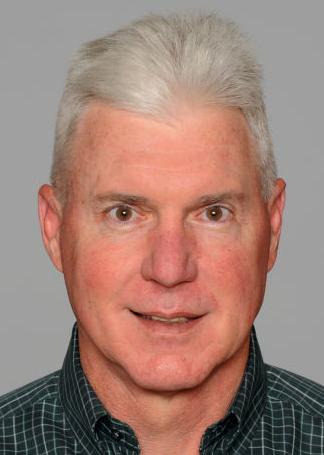