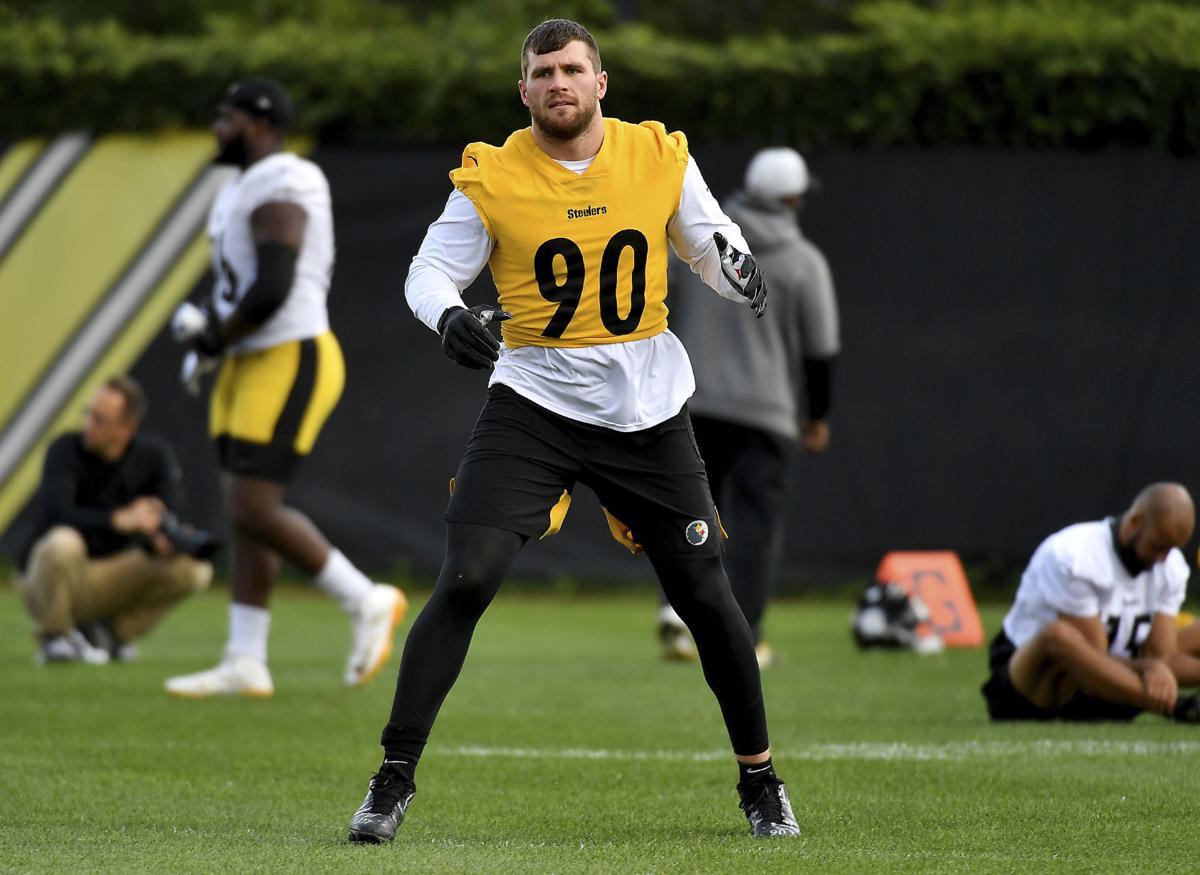 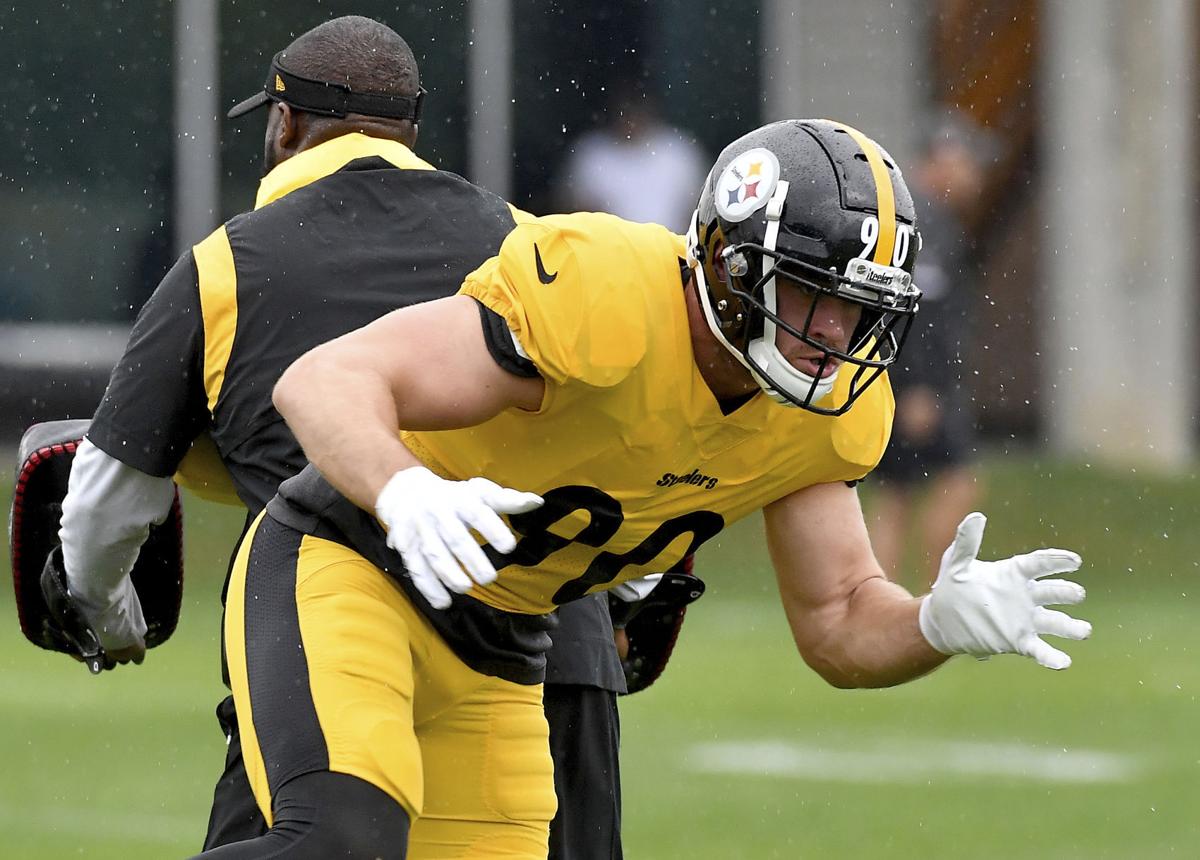 PITTSBURGH — T.J. Watt grew up trying to find a way to escape from the considerable shadows of older brothers J.J. and Derek.

It wasn't easy. It wasn't always fun. Yet it prepared the Pittsburgh Steelers star to become one of the NFL's most disruptive players, a game-wrecking edge rusher who plays with a controlled fury honed from years of trying to hang with the big kids.

So while Watt understands the attention that comes with the massive contract he officially signed on Friday that will make him the highest-paid defender in the league, it's nothing he can't handle.

“I’ve been dealing with pressure my whole life,” the two-time All-Pro said after a contract that will bump his pay to $28 million a season in 2022. “Everybody always asks, ‘What’s it like to be the younger brother of X, Y, Z?’ You know the answers to all that: I’m built for this. And I truly believe that nothing monetary will change me as a person. The work that I put in will not change. It will only grow.”

The Steelers are counting on it.

Watt has become the linchpin of one of the NFL's best defenses since being taken with the 30th overall pick in the 2017 draft. His 49 1/2 career sacks include a league-high 15 last fall when he finished a close runner-up to Rams defensive tackle Aaron Donald for the Defensive Player of the Year Award.

The Steelers made clear their willingness to keep Watt in the fold long-term. Yet negotiations dragged on during a training camp in which Watt opted to “hold in," meaning he was a regular at practice but declined to take the field for 11-on-11 full-contact drills with the first-team defense or play in any of Pittsburgh's four preseason contests.

Standing on the sideline wasn't easy for a workaholic who teammates — quarterback Ben Roethlisberger chief among them — consider the best player in the NFL. Watt wore a heart-rate monitor to check his exertion levels to keep himself game ready but admitted he sensed a disconnect at times between himself and the rest of the team.

“There were definitely some moments through this whole process where you do feel like you're almost by yourself,” Watt said.

Well, almost. Watt leaned heavily on his brothers as he went through contract talks for the first time in his career, though they didn't have much in the way of advice. Not even J.J., who went through a similar situation during the offseason when he signed a two-year deal worth $31 million with Arizona after nearly a decade in Houston.

“(He said) once you sign on the dotted line, you kind of forget what happened leading up to that moment,” Watt said. “And that’s kind of how this whole thing has been for me, too. So it was some long days for sure. But like I said, it’s all paid off. And now I’m just focused on playing football.”

And, naturally, proving he's worth the considerable investment.

The signing gives the Steelers something to build around in the post-Roethlisberger era, though the defending AFC North champions are focused on the present, starting Sunday in Buffalo against the Bills.

While Watt said he'll have to make sure he knows when he needs a breather in his first game action since a playoff loss to Cleveland in January, Steelers head coach Mike Tomlin doesn't see any reason Watt's familiar No. 90 can't be lined up at his usual spot on the outside of Pittsburgh's 3-4 defense.

“I don’t have any reservations about his participation,” Tomlin said Friday. “I expect him to be T.J. Watt.”

The Steelers will need him to have a shot at competing in one of the league's most loaded divisions. Pittsburgh, Baltimore and Cleveland all made the postseason in 2020, though the Ravens are dealing with injury issues and the Steelers have plenty of questions surrounding an offense that will have four rookies in the lineup against the Bills.

Roethlisberger acknowledged there's likely to be “growing pains” early, meaning the defense that's led the NFL in sacks each of the last four seasons may have to carry the Steelers early on. It's a burden Watt believes the defense is ready to carry.

“It’s a real possibility,” he said. “It’s not something that we’re just putting on a wall and slapping as we walk by just because we have to. We truly believe this is a special team.”

A team that will rely heavily on a 26-year-old in his prime to continue to wreak his own unique brand of havoc.

“I know exactly what it takes,” Watt said. “I’ve been doing it my whole life. It’s about just continuing to do it and staying hungry. And I guarantee everybody here right now and everybody in this building, I am still hungry.”

Pittsburgh's T.J. Watt didn't play during the preseason and did not participate in 11-on-11 drills during training camp, as the three-time Pro Bowler enters the final year of his contract and negotiations on a possible extension are ongoing.

"I came here 10 years ago as a kid from Wisconsin who'd never really been to Texas before," J.J. Watt said while wearing a Badgers sweatshirt, "and now I can't imagine my life without Texas in it."

While Derek Watt admits the chance to share the same locker room with T.J. Watt — something the two did at Pewaukee High School and the University of Wisconsin — played a factor in his decision to head east after four years with the Chargers’ organization, it wasn’t the main reason the fullback chose the Steelers over a handful of other interested teams.

Grading the Packers: Offense, defense, coaching get failing marks after loss to the Saints

It was an ugly showing across the board for a Green Bay team with big expectations for this season.